8 years… 8 Years I’ve been shooting portraits and weddings and this is my FIRST surprise proposal and omg am I happy! Phil and Ayesha have been together 4 years and 11 months on the day this surprise took place. When Phil reached out to me for this surprise proposal back in July, I was already so excited at this opportunity and to capture such a special moment in their lives but what got me even more smitten with the idea was that Phil had an adorable plan. He informed me that on their first date they went to dinner, then Menchies and then they were supposed to make their way out to Major’s Hill park for a walk but it didn’t happen. His plan was to re-create their first date including the Major’s Hill Park walk where we would do his surprise proposal, and Ayesha had no clue.

We had planned for them to come into Major’s Hill by the York street entrance and then they would walk down towards the National Art Gallery where Phil would propose by a beautiful garden. I drove down to be there for 6 as we had planned but Phil texted me saying they finished dinner and Menchie’s early so he was going to stall. I made my way as quickly as I could to the park! Luckily for me they were int he market and stopped to grab a drink before going for their walk, good job Phil. As I waited I chatted up a lovely gentleman on a park bench keeping an eye out for my couple. When they came into view I got so excited and informed the gentleman I was speaking to that it was almost time. I was on the upper path and the proposal area was on the lower path which I could see from my vantage point. As they got closer to me, I realized they weren’t going right and down the path, they were coming right to where I was! Now Phil knows me from High school but I’d never met Ayesha (although she followed me on Instagram) so I was worried maybe she would somehow recognize me. I quickly turned back to the gentleman on the bench and chatted him up turning my face away in the hopes she wouldn’t notice the photographer haha. As they walked away I followed further behind in the hopes Phil would notice me and luckily he did. He turned to look over his shoulder and spotted me. I gave him the thumbs up basically saying do it wherever my friend, I will get it. And so he did. They walked up to one of the lookout spots and he handed her a letter. He wrote her a letter for every month on the fourth year they were together leading up to the fifth. He wrote them all the same day so even he didn’t remember what he wrote. Ayesha wrote the letter and had a huge smile in her face, it was in this moment Phil pulled the ring out of his pocket and Ayesha couldn’t believe it! He knelt down and proposed! Instant tears in Ayesha’s eyes as he got up and gave her a big hug and put the ring on her finger. That’s it, it was done :). I snuck out of the bush, I don’t even think Ayesha knew I was there until Phil pointed me out. I let them bask in their moment together and take it all in. We hopped into a mini engagement session walking around the park and the gallery courtyards chatting about how she felt, wedding ideas and just had a wonderful time together. Phil and Ayesha, I’m so happy I was able to capture this special moment in your lives. Thank you for inviting me along this journey with you xox. 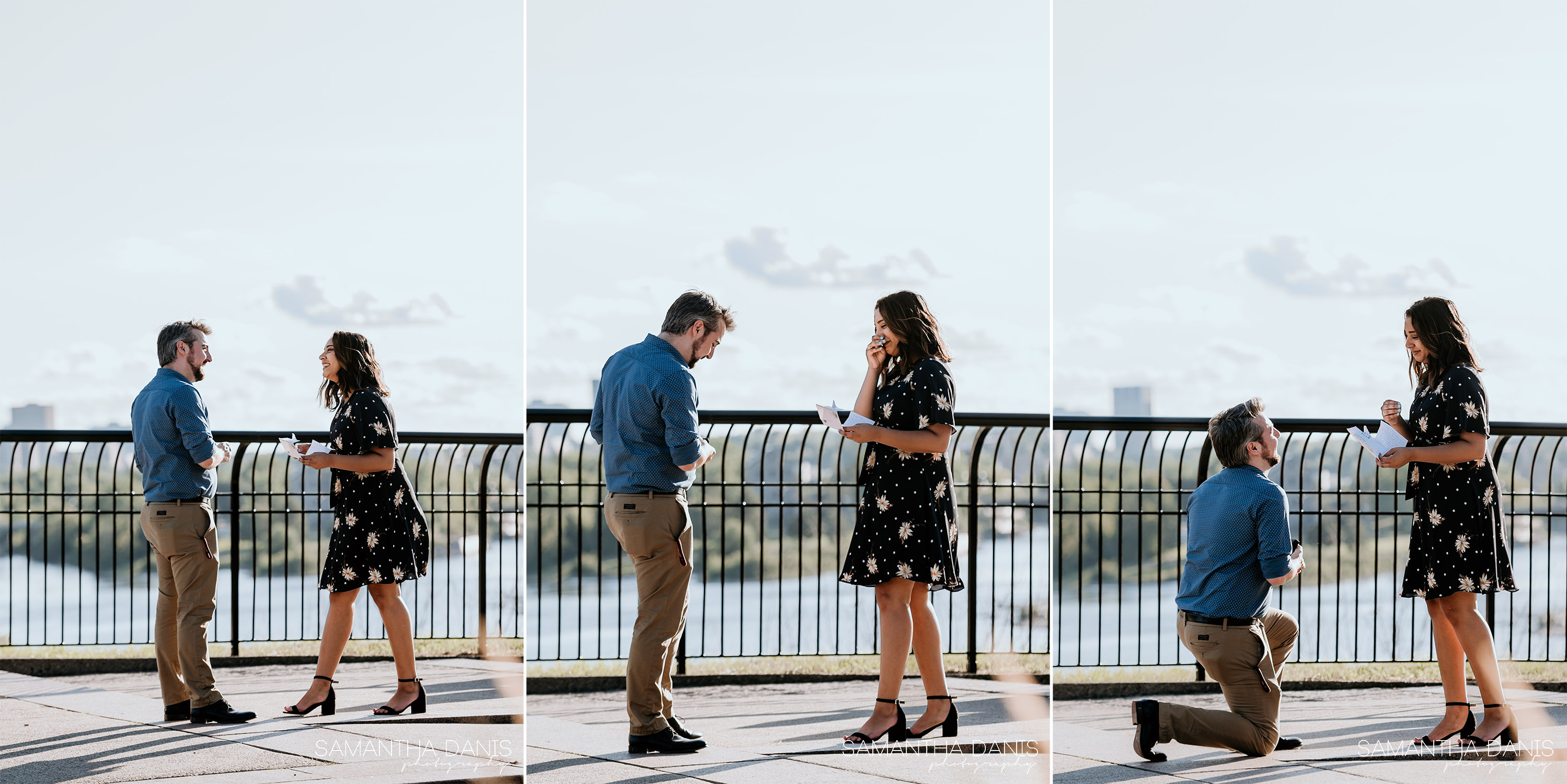 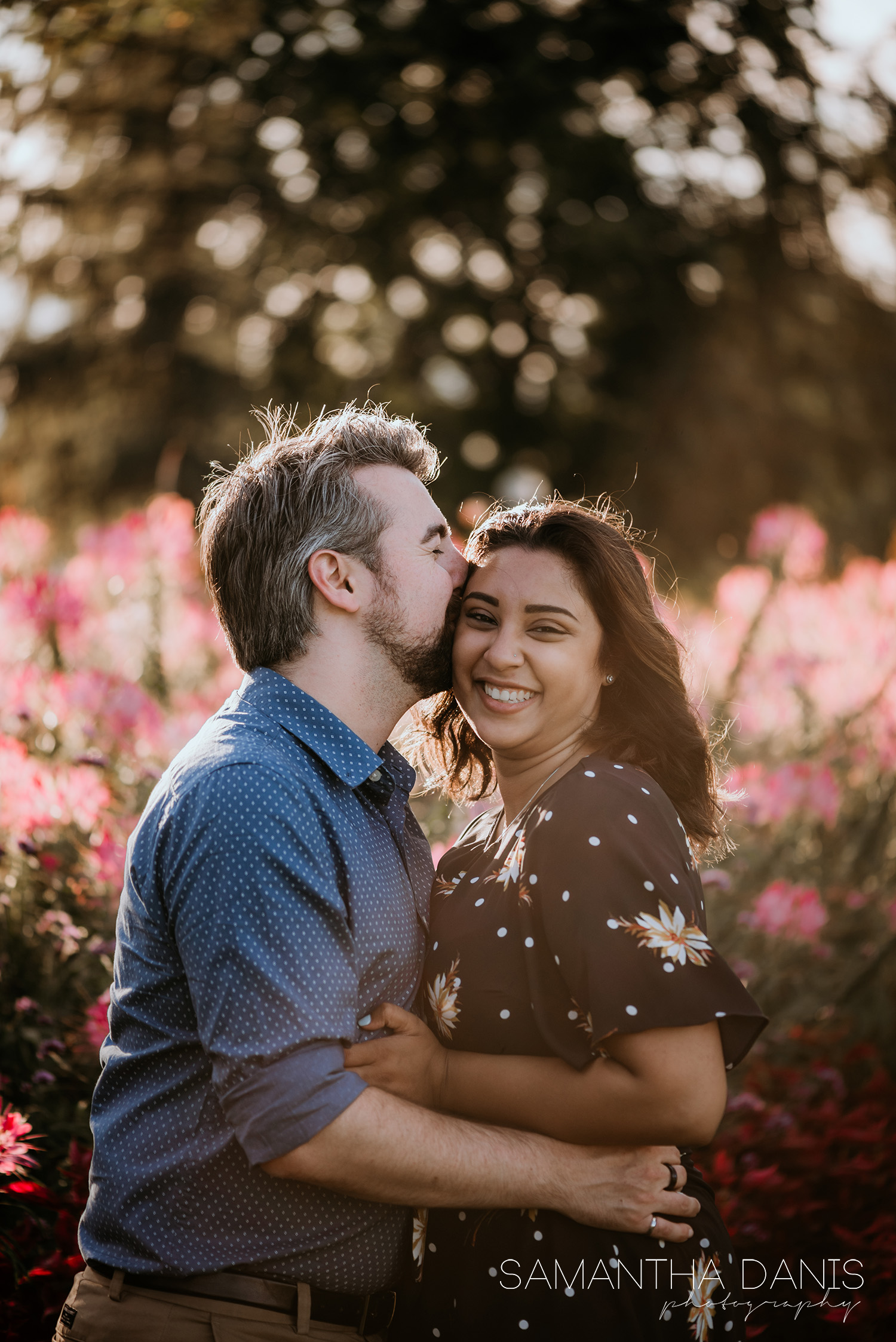 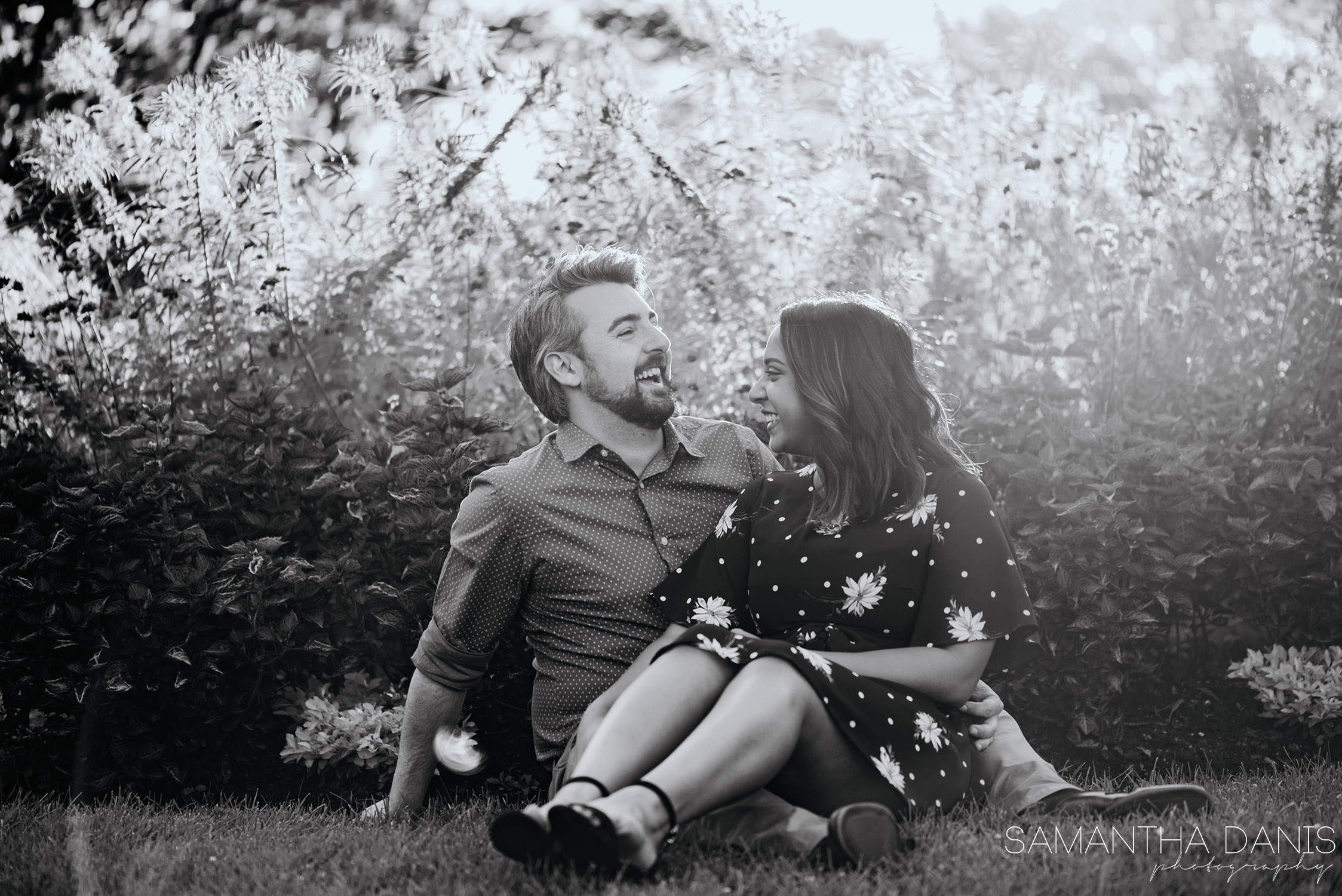 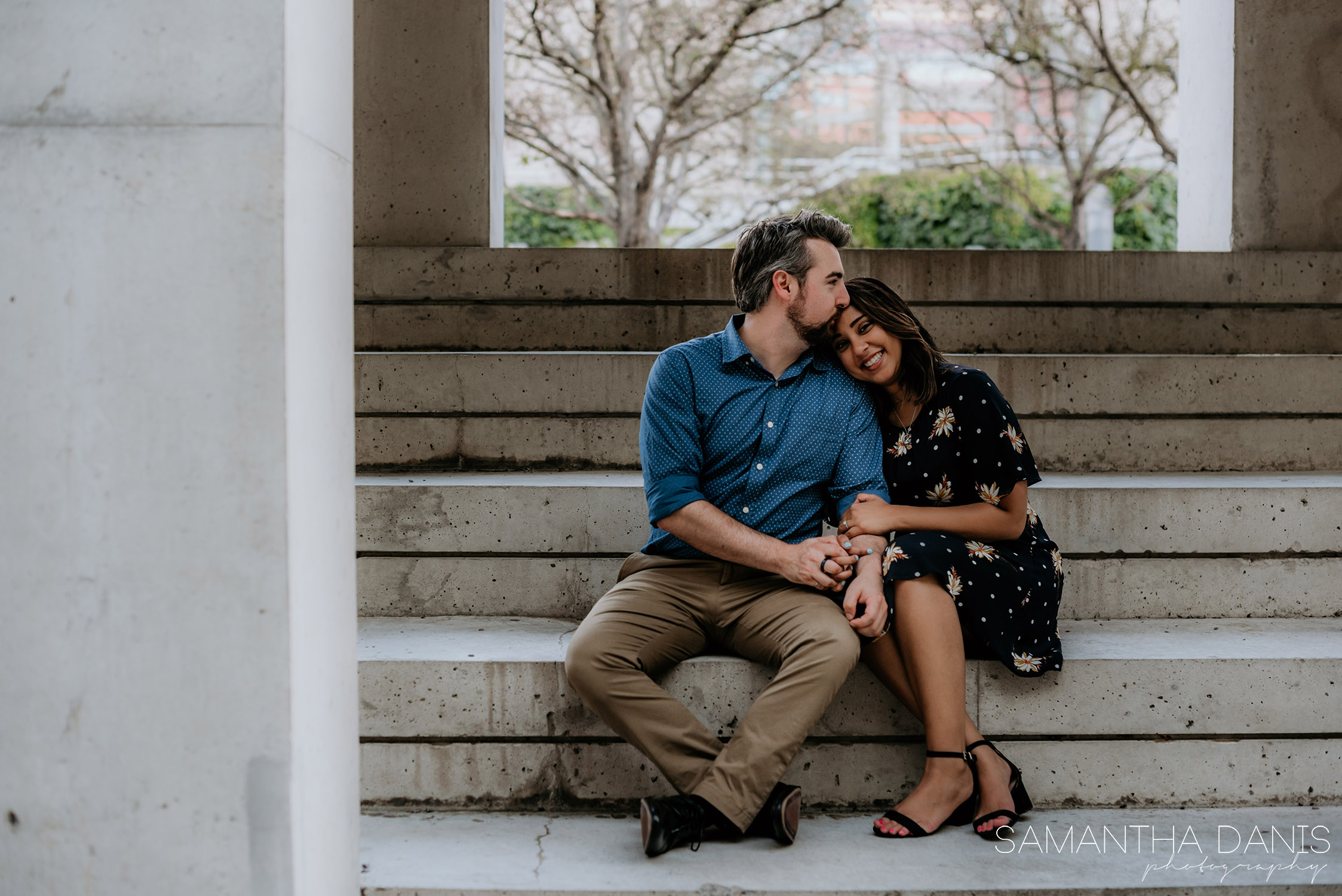 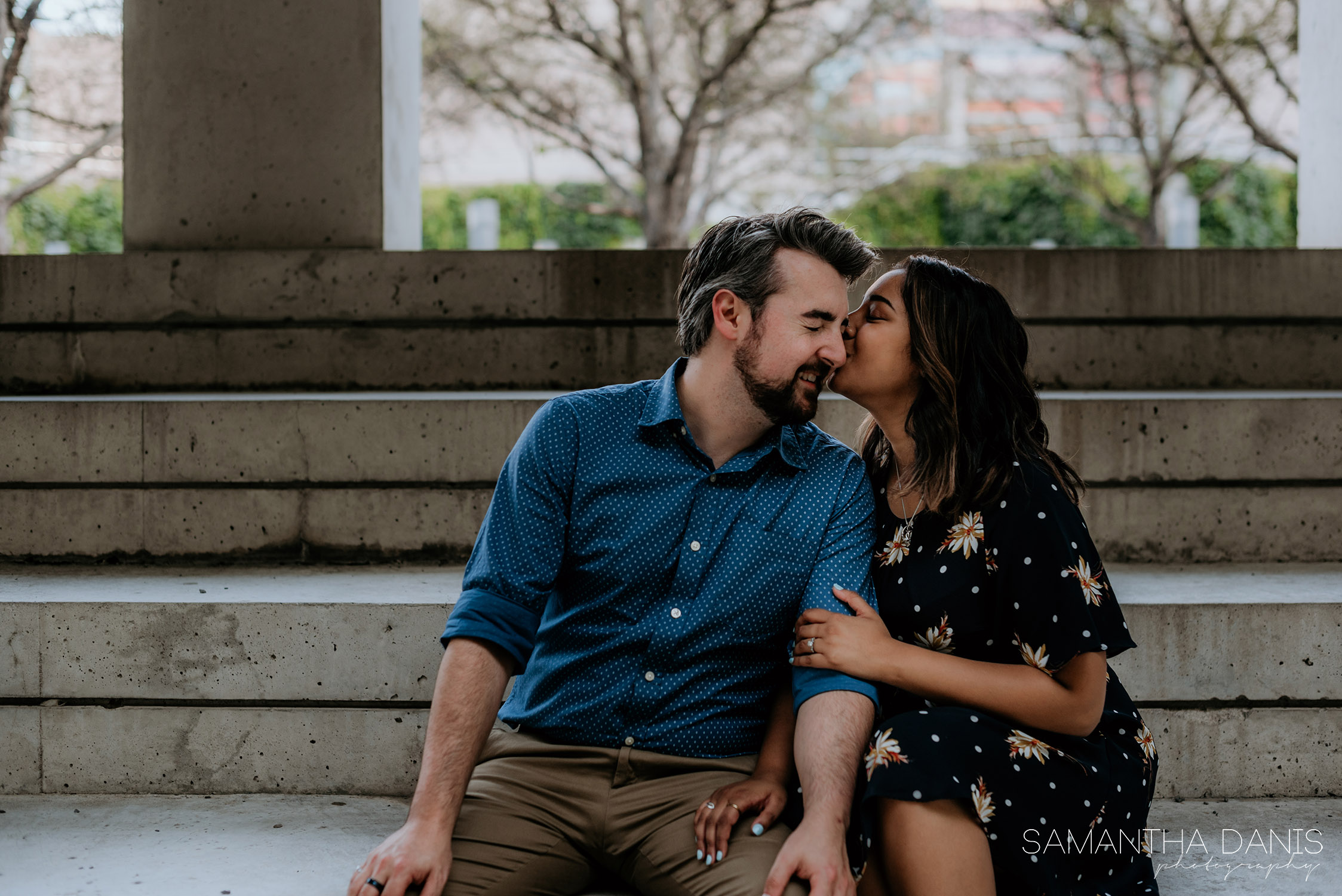 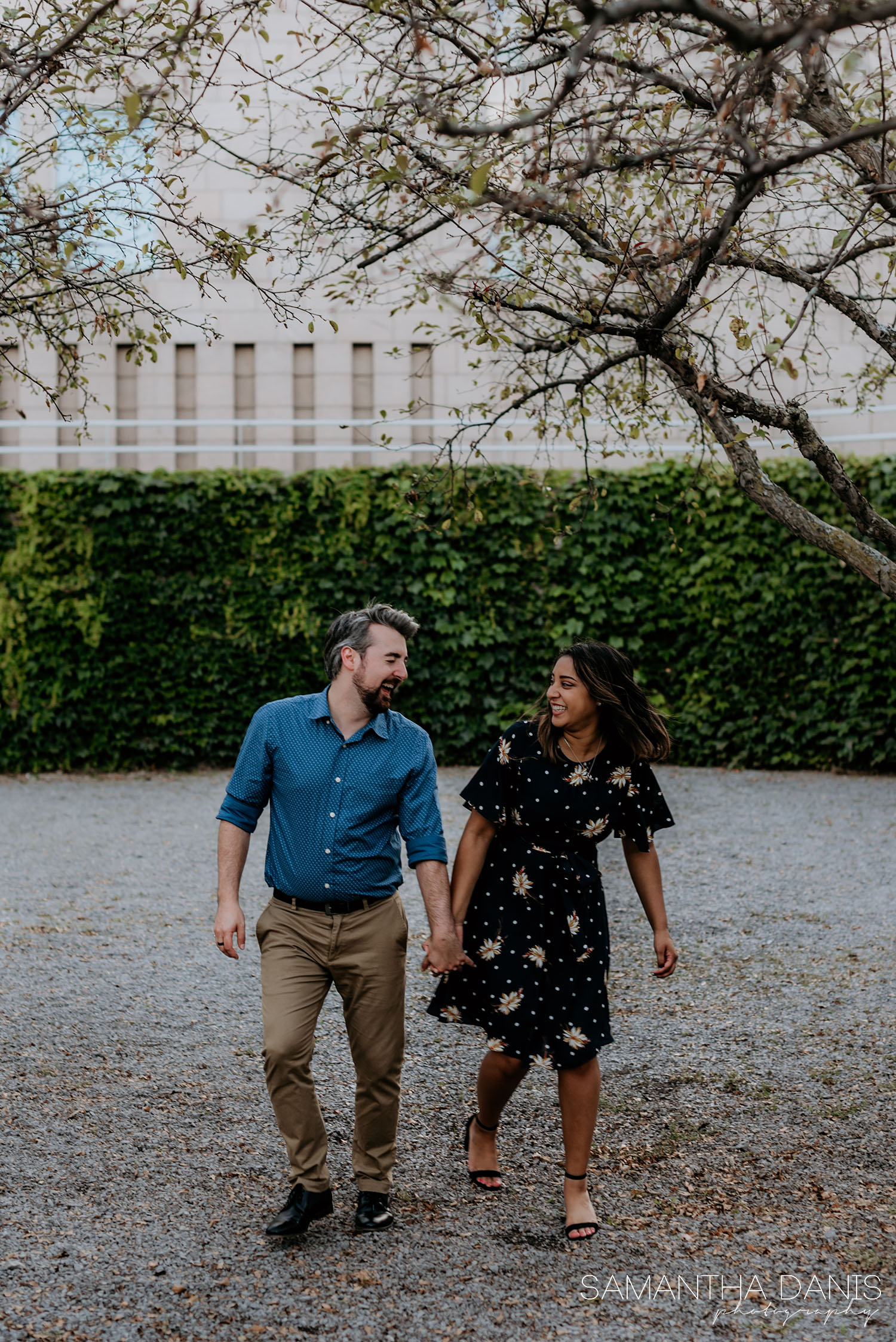 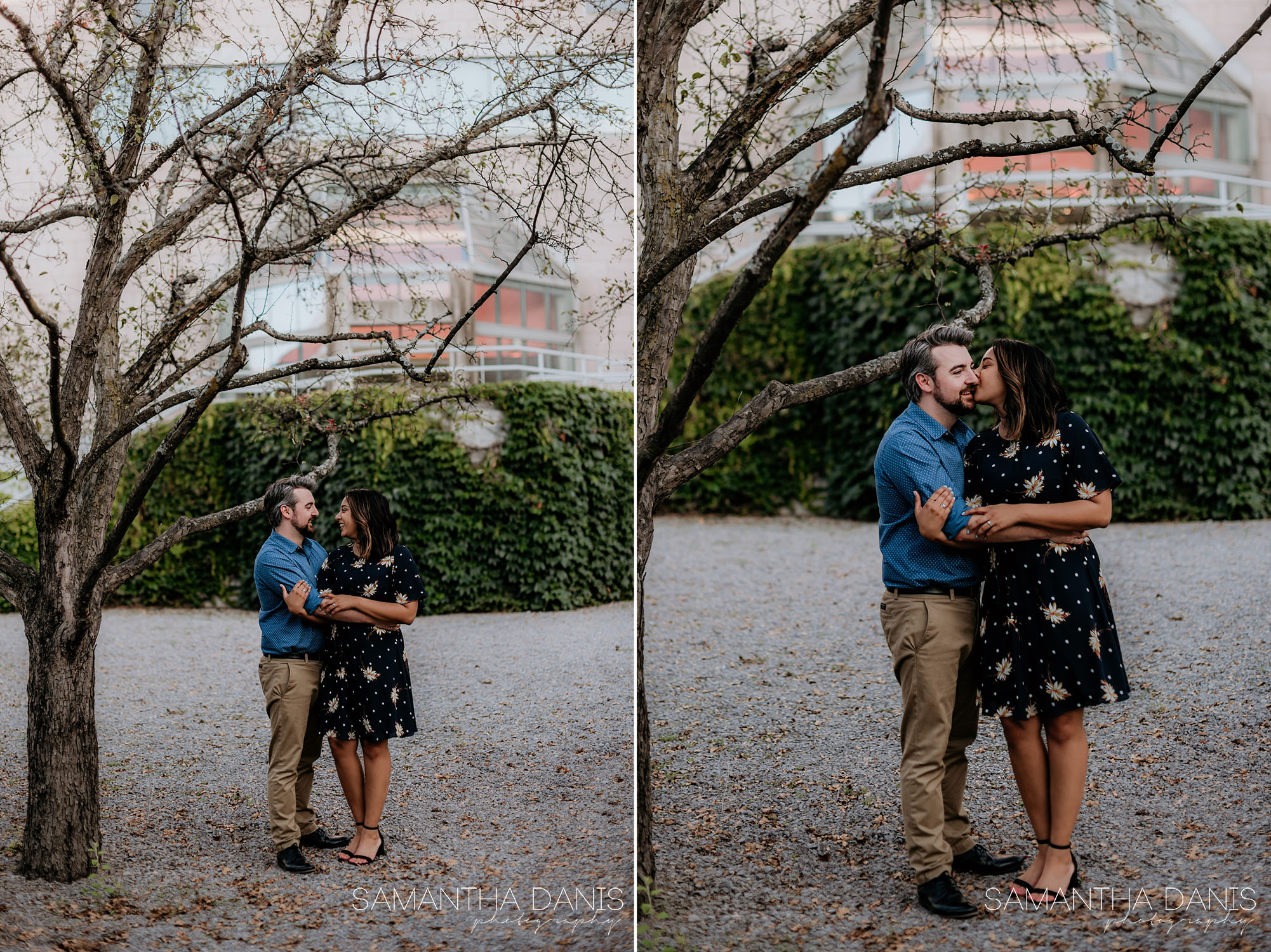 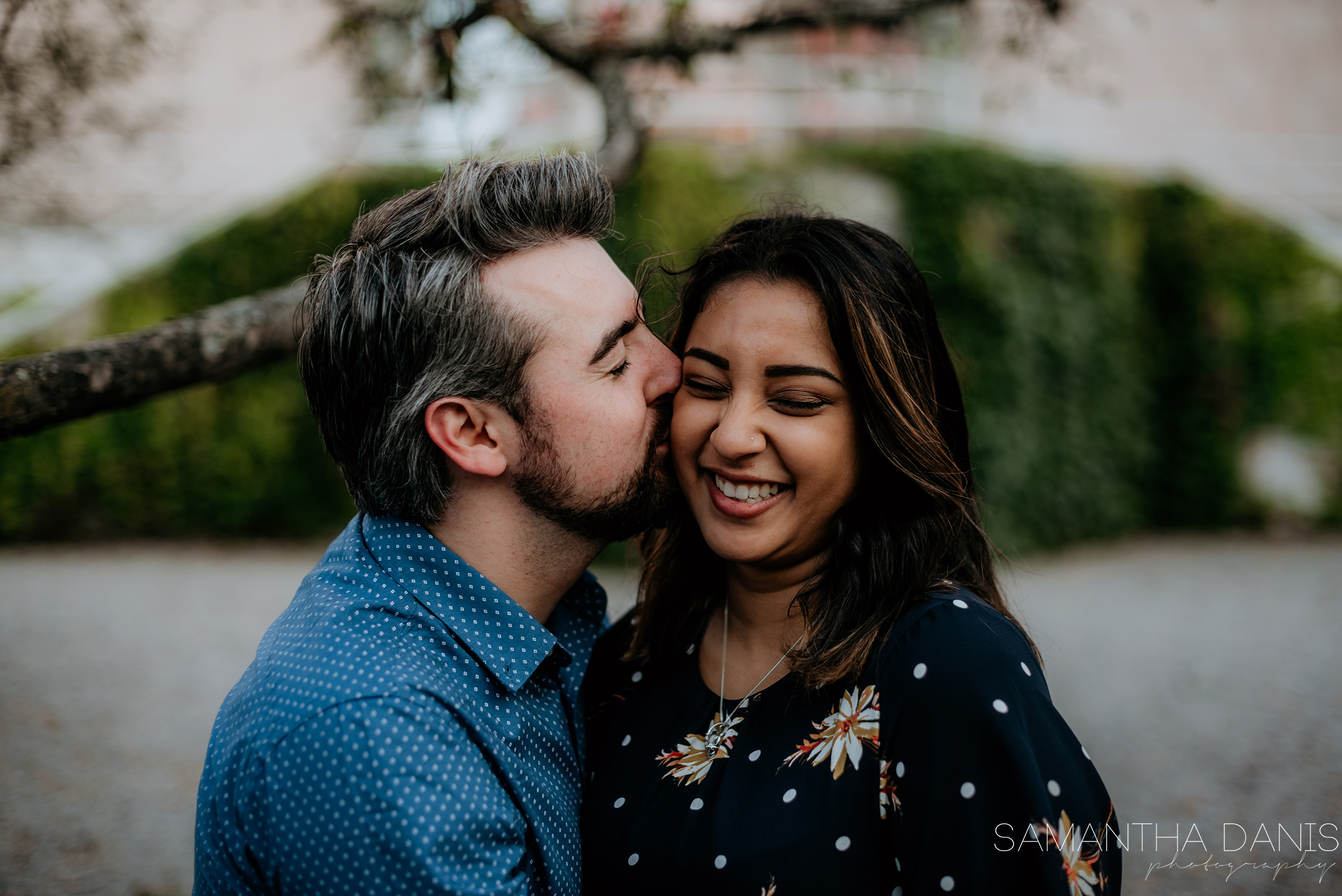 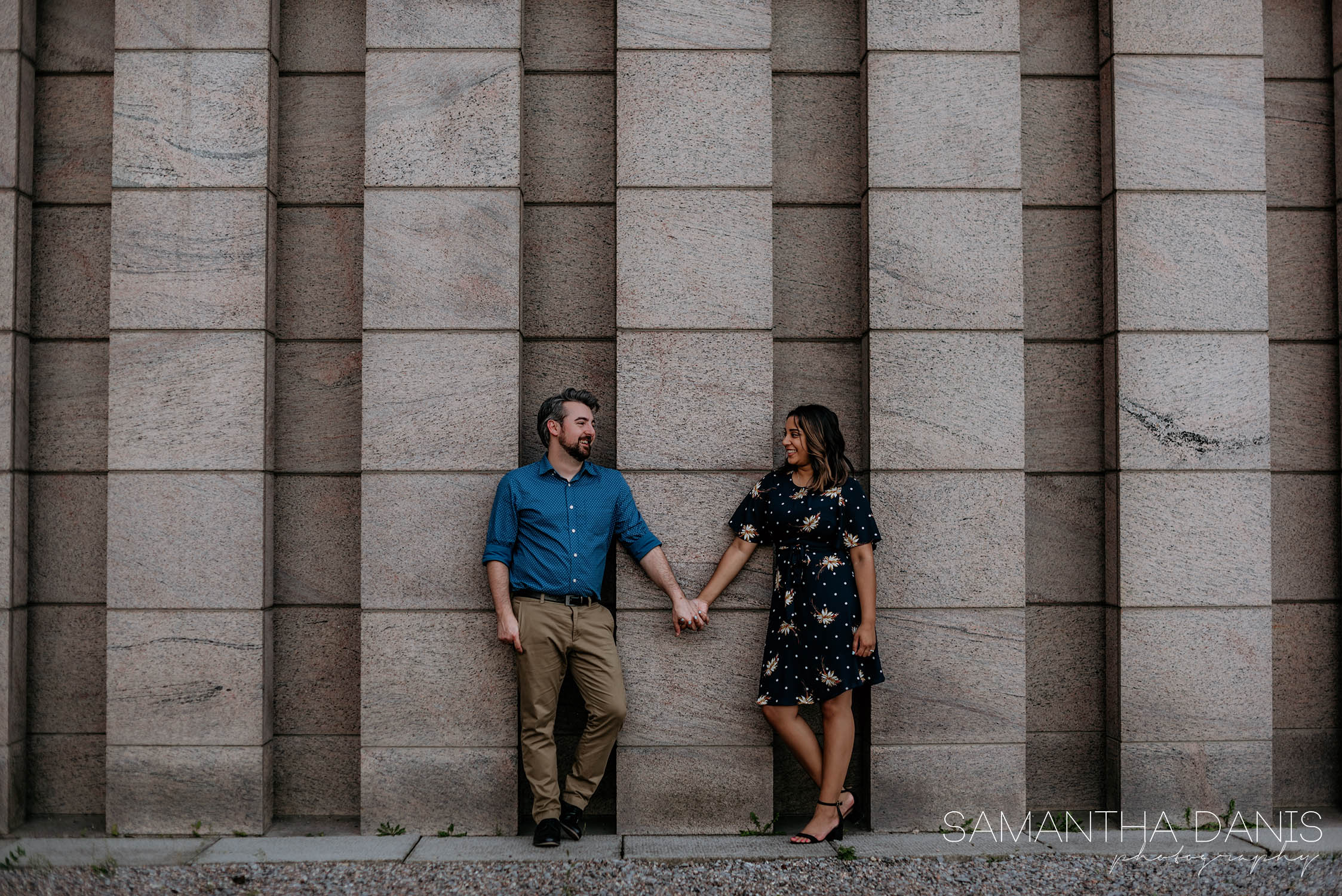 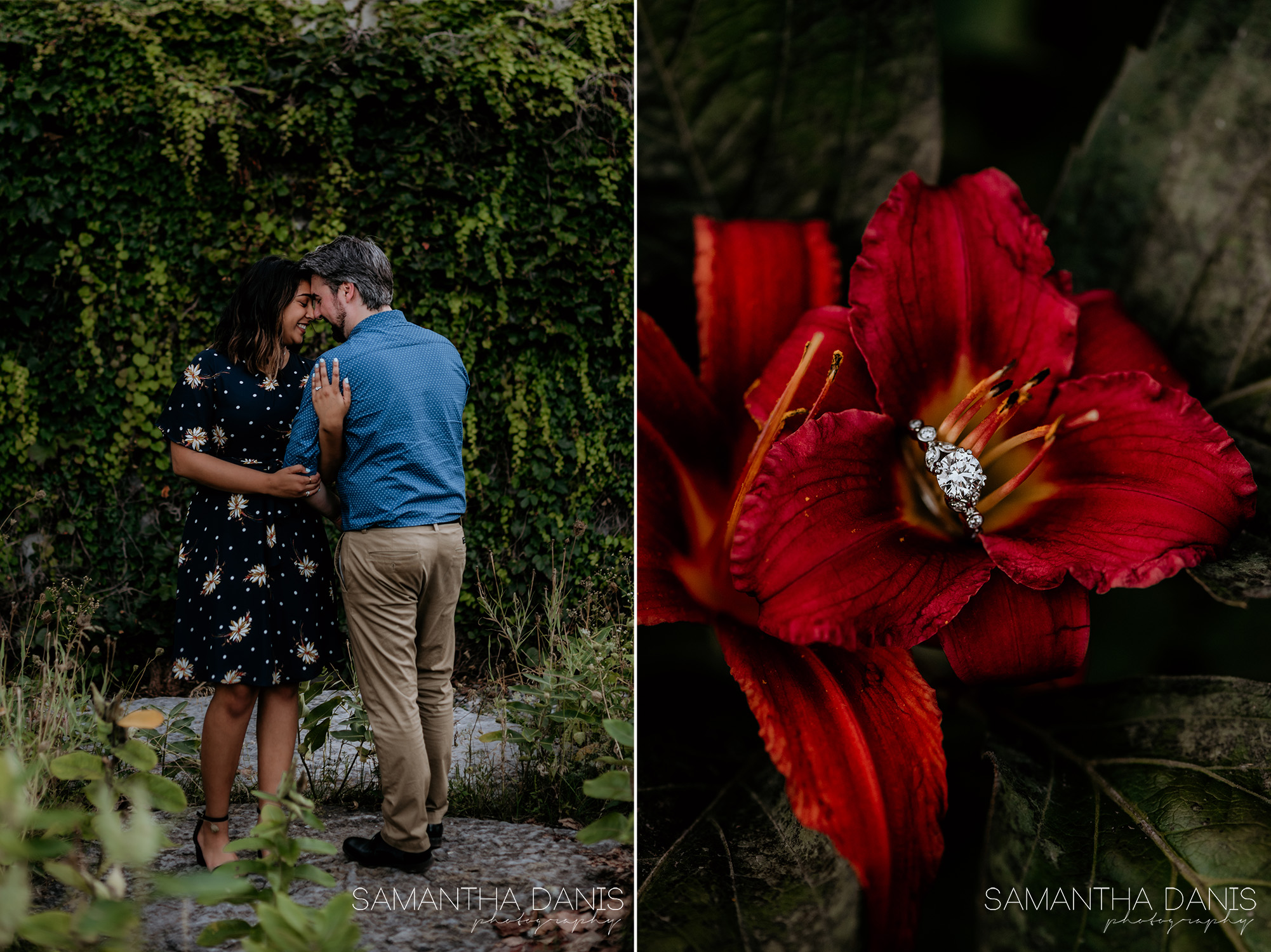 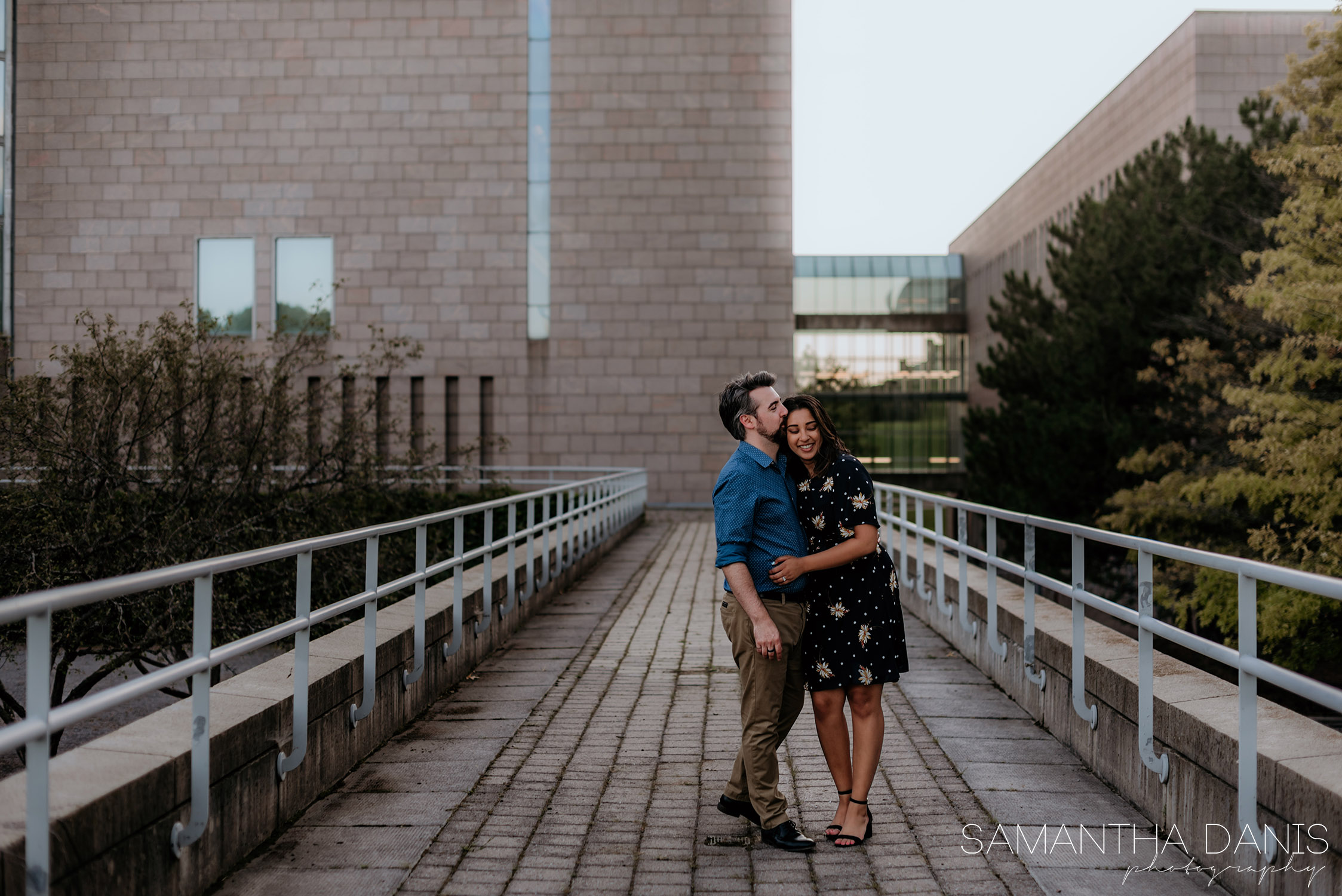