Saturday was a first for me, a Backyard High Tea Wedding! I don’t typically take on smaller weddings on a Saturday but when Sonya reached out to me and told me I had to be her photographer but they only needed me for three hours, I said why not! She’s a friend from high school, a total bookworm, a traveller and she loves Harry Potter, it was a perfect match. We met a couple weeks prior to the wedding to go explore the property where she was set to be married and to be honest with you, I wasn’t sure how they were going to transform the space. Boy was I surprised when I showed up Saturday morning to find soooooo many beautiful details absolutely everywhere.

The property, which is owned by her Aunt and Uncle, has two man made lakes, surrounded by grass and a forest. The tent was tucked to the side and a little further down was the ceremony space. The tent was where guests were to have amazing High Tea foods and well of course tea and beverages. The food was displayed so beautifully and there was so much colour thanks to a couple macarons towers. The vintage tea sets were an absolutely adorable touch and then of course all the rose gold touches and succulents were just to die for. Sonya did an amazing job at decorating the space, not to mention the long wooden harvest tables, wooden bar and adorable kid seating area. Everything was simply perfect.

After photographing some details, I looked around and wondered, where is Sonya and Eric? Which is when I received the text; We’re running late! Let’s be honest here, what wedding doesn’t run late at some point during the day. It just so happens the lateness was early on for this one haha. I walked around doing some more detail shots while I awaited for our bride and groom to arrive. And sure enough, 15mins later, there was Sonya and 10 minutes later Eric also appeared. Sonya ran into the log cabin to get dressed while Eric hung around out front getting his finishing touches. Sonya then popped out back to get some air as I hung off to the side of the front, good thing too because Eric heard her voice and walked over to talk to her and I turned him right back to his spot! No Eric, you do not get to see her fully decked out in her bridal gear before the first look, silly man. Any who, after they were both ready, she ran back inside to hide so that we could bring Eric out back to get him ready for the first look. As he waited anxiously, Sonya walked out, well more like skipped out because she was so excited, and made her way over to him. She mentioned how she would cry but I think the excitement of everything finally happened didn’t allow for those tears to flow and instead, big ole’ smiles came across both their faces as he turned to see his bride. After some cute smooches and lots of laughs, they were ready to get their portraits going! 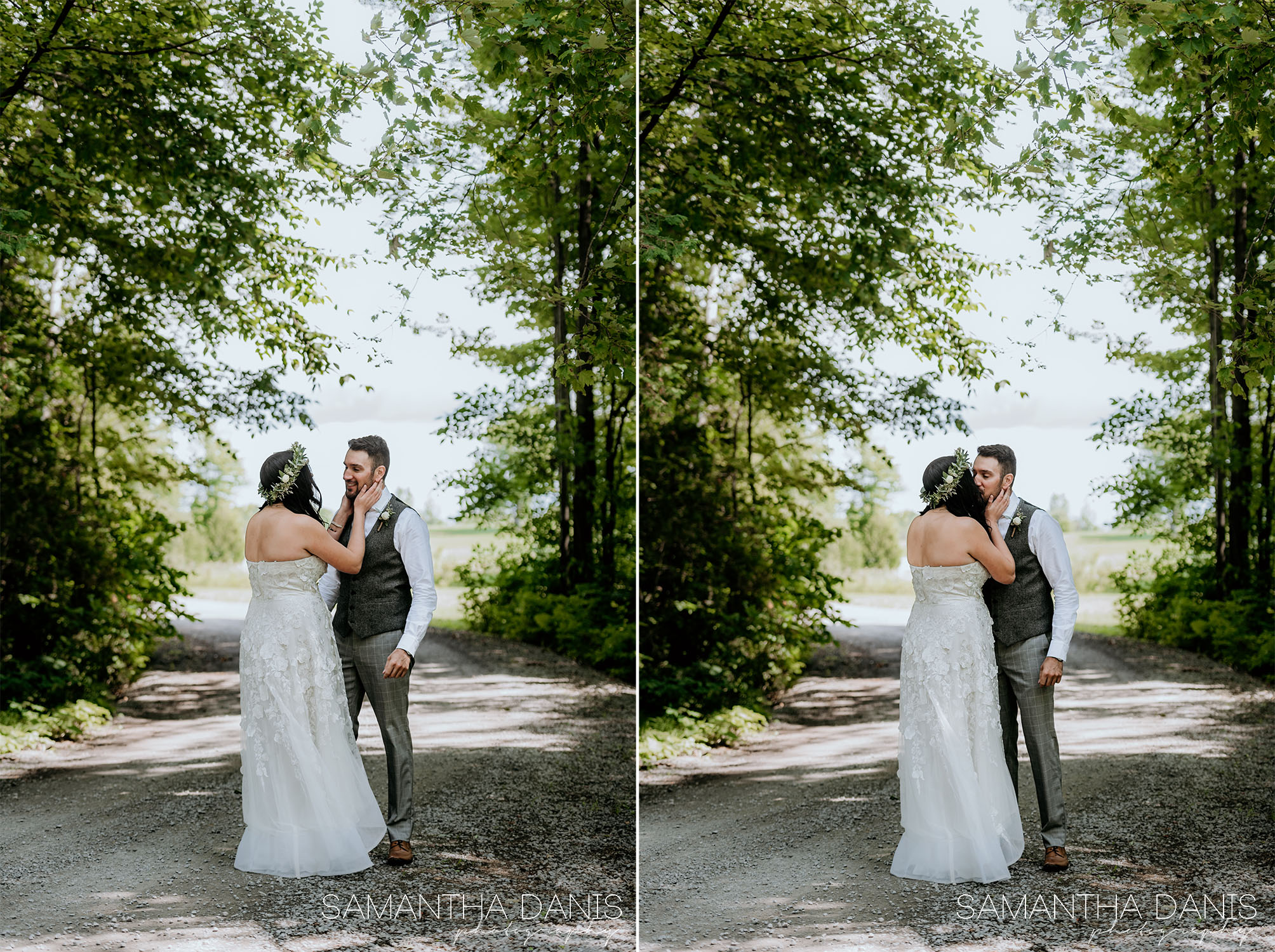 Because we were delayed in our start time we had to crunch out portraits in like 30-45mins which included driving around the property, and I’m proud to say we did it! After doing a few portraits in our initial spot we hopped in my SUV and made our way to where the light was beautiful and we totally hit the jackpot. You’ll hear a lot of photographer says how they hate bright sunny days and I do too, unless you find me cool trees with even a little bit of shade because then I get to play *insert Mr. Burns from the Simpsons saying Excellent*. We found a nice spot in one of the trails where the backlight was just stunning and from there we used some fun props that Sonya got including SMOKE BOMBS, Yyyaaassss! She got them in white which was perfect as it looked so beautiful against the greenery of the woods behind them. Her lovely cousin was kind enough to help us out and act a fool behind them making the smoke bombs go on and even throwing the veil a little later on when we needed her too. Thanks Cat! Speaking of, the veil was strictly used for photos to give them the classic bride effect and of course that veil throw. Sonyas’ hair however was not in a position to really hold the veil in (no teasing here folks). So every time Cat threw the veil, it fell out as it landed so that was definitely fun haha. After some more gorgeous light shots it was time to make our way back to hide our bride. As we drove out of the woods we realized a ton of guests had started to arrive and we were about to drive through the parking area so Sonya dipped in the front seat and used her bouquet as a barrier and I sped right on through like it ain’t nobodies business. And we made it with minimal casualties (casualties being people seeing the bride, just fyi). After some organizing on our brides part, we decided we had a few more minutes to do photos with the big white balloons they had gotten. So I told Eric to grab them and Sonyas’ hand and then to jump as if he were being taken away. Sometimes I love a good cheesy shot like this. But for some reason liftoff never really happened as you can see below! Sonya and I just about died of laughter, it was a nice try Eric. After those were done we went ahead and hid our bride away so that we could get the ceremony started. 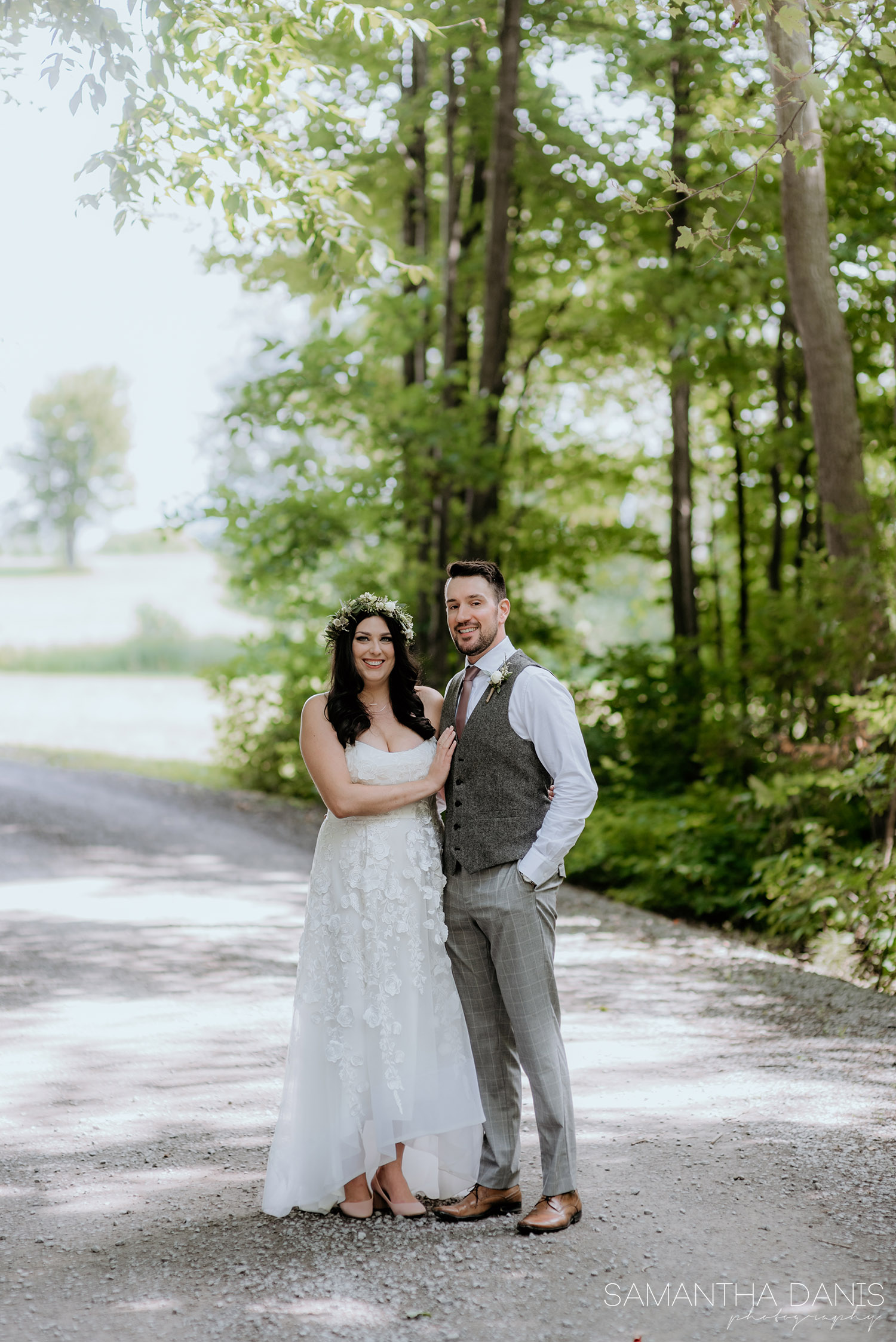 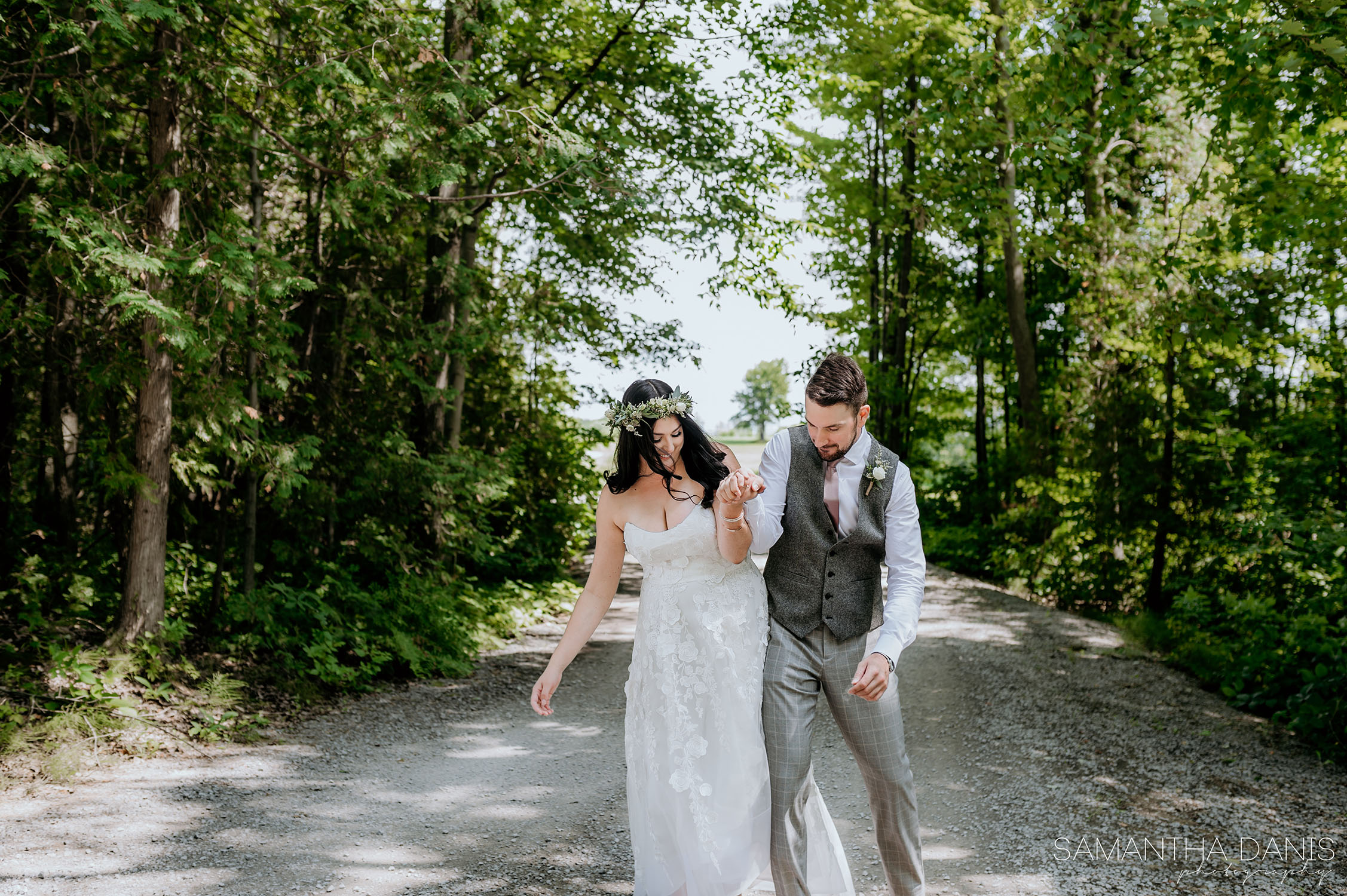 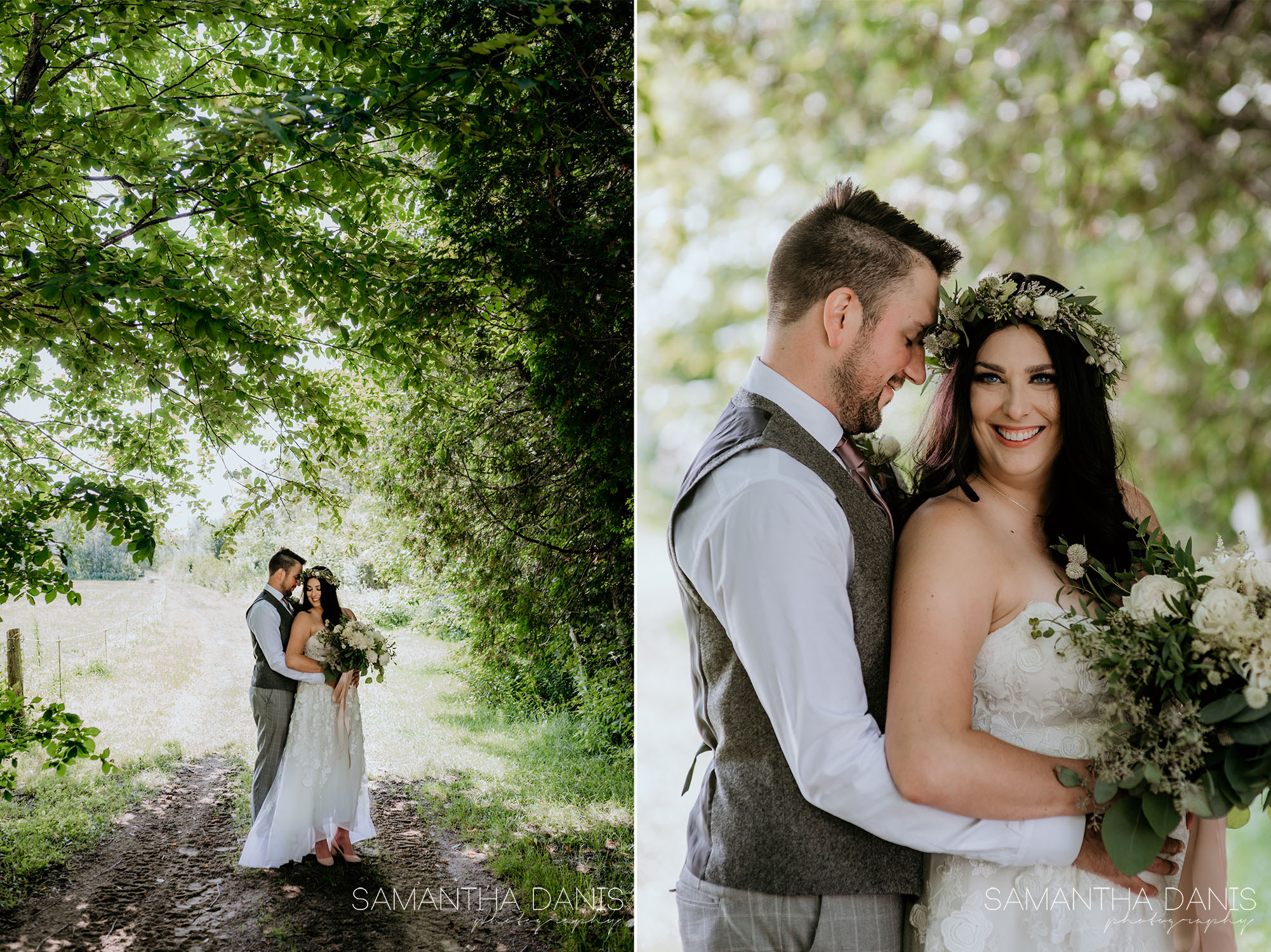 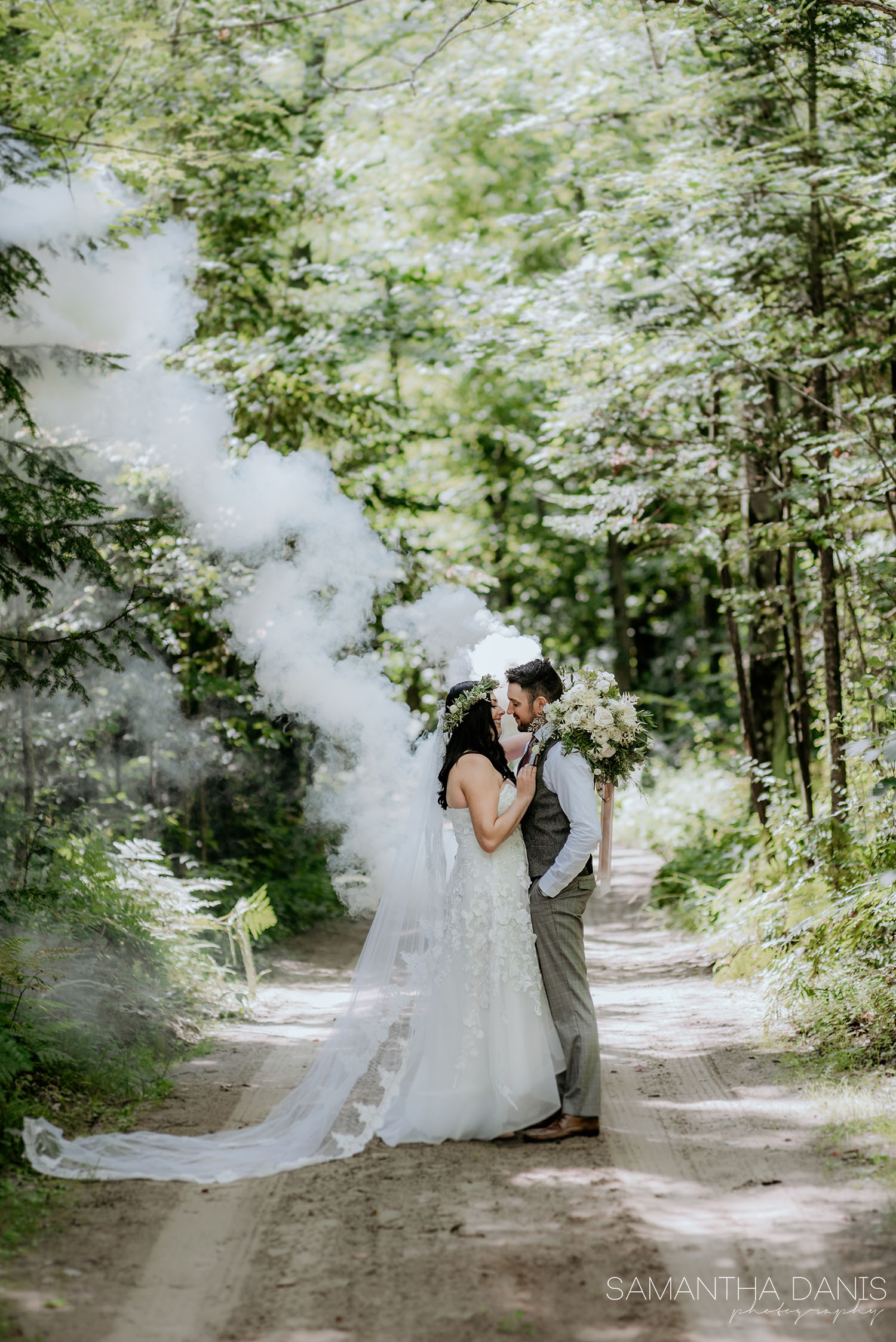 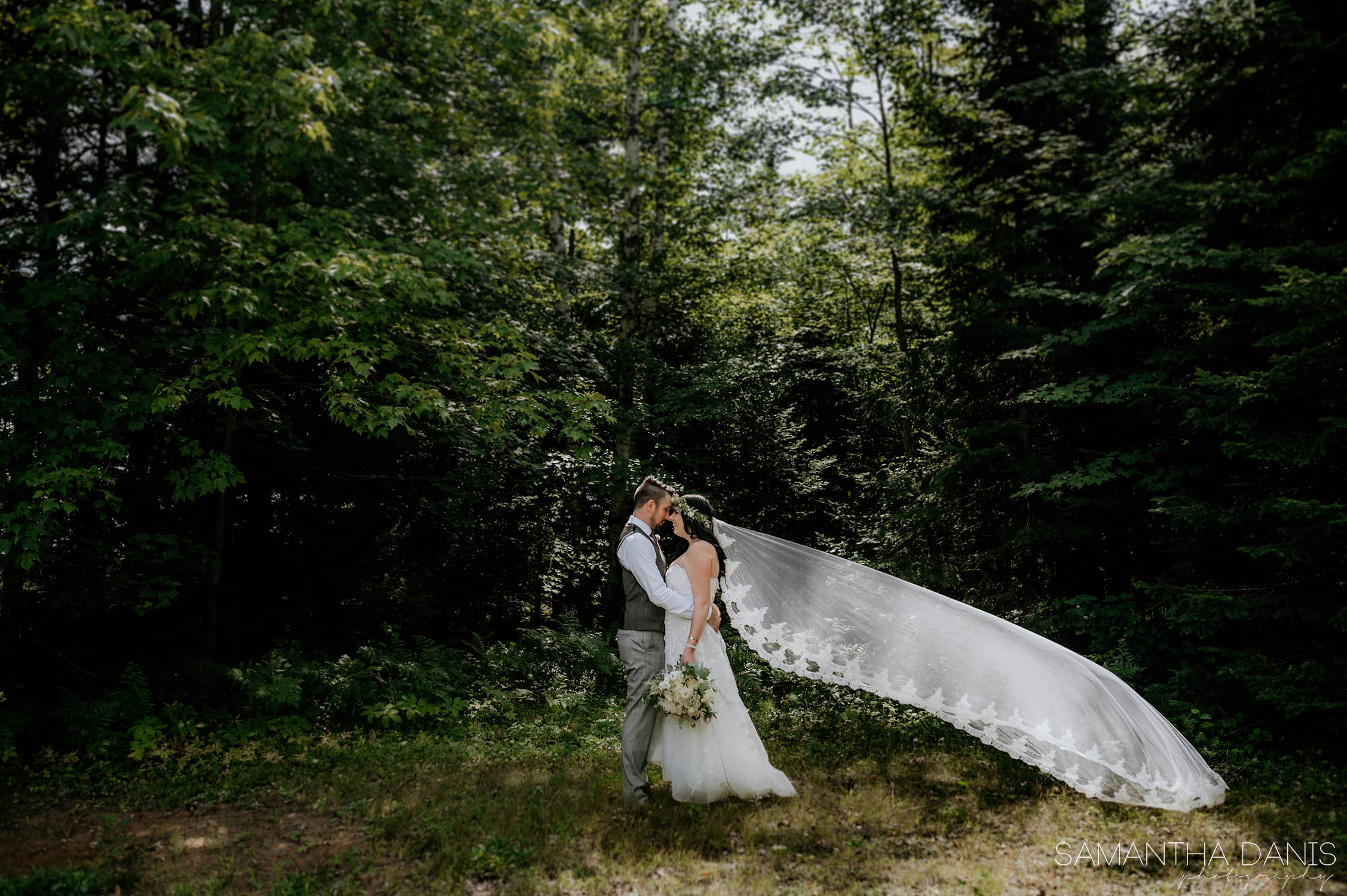 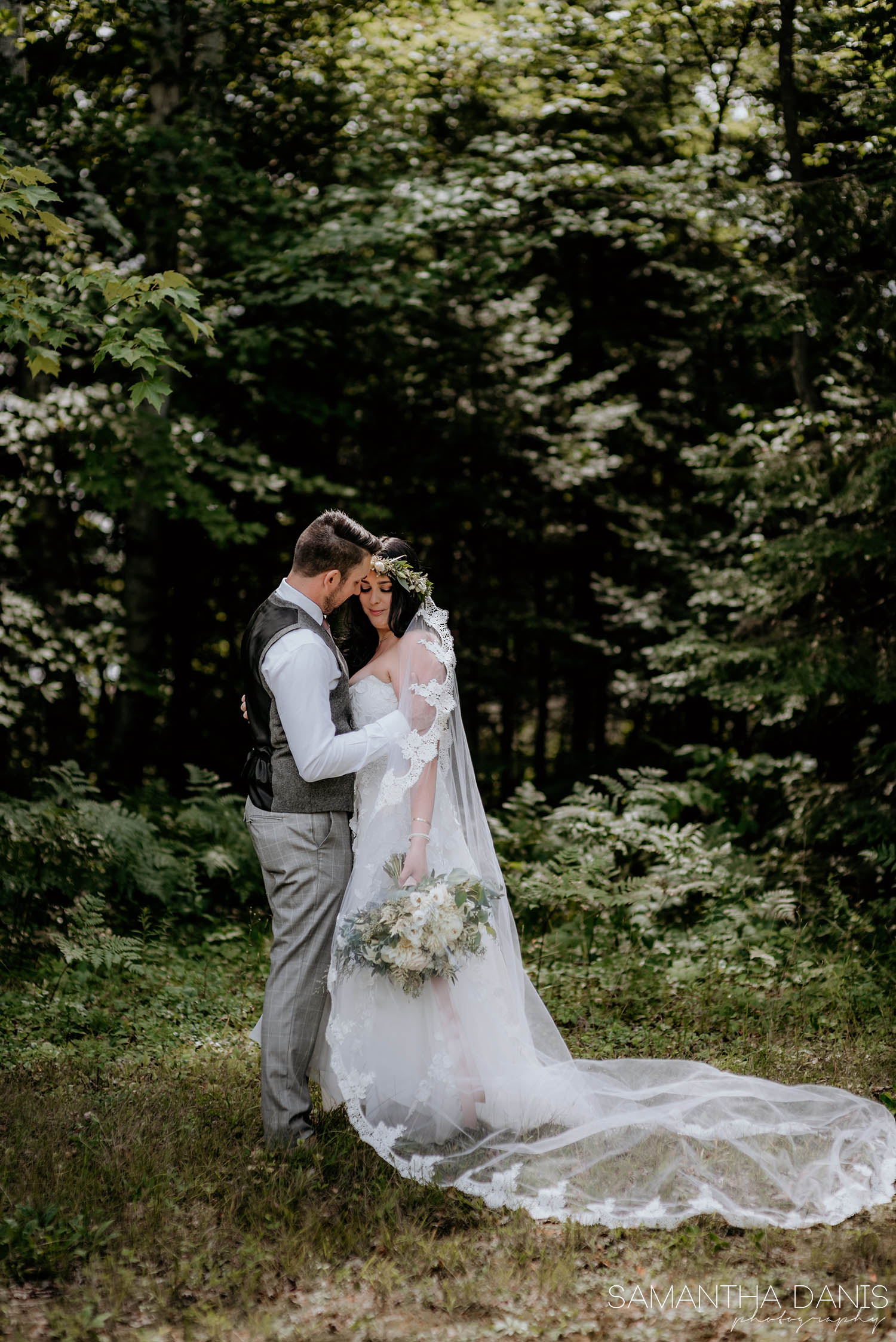 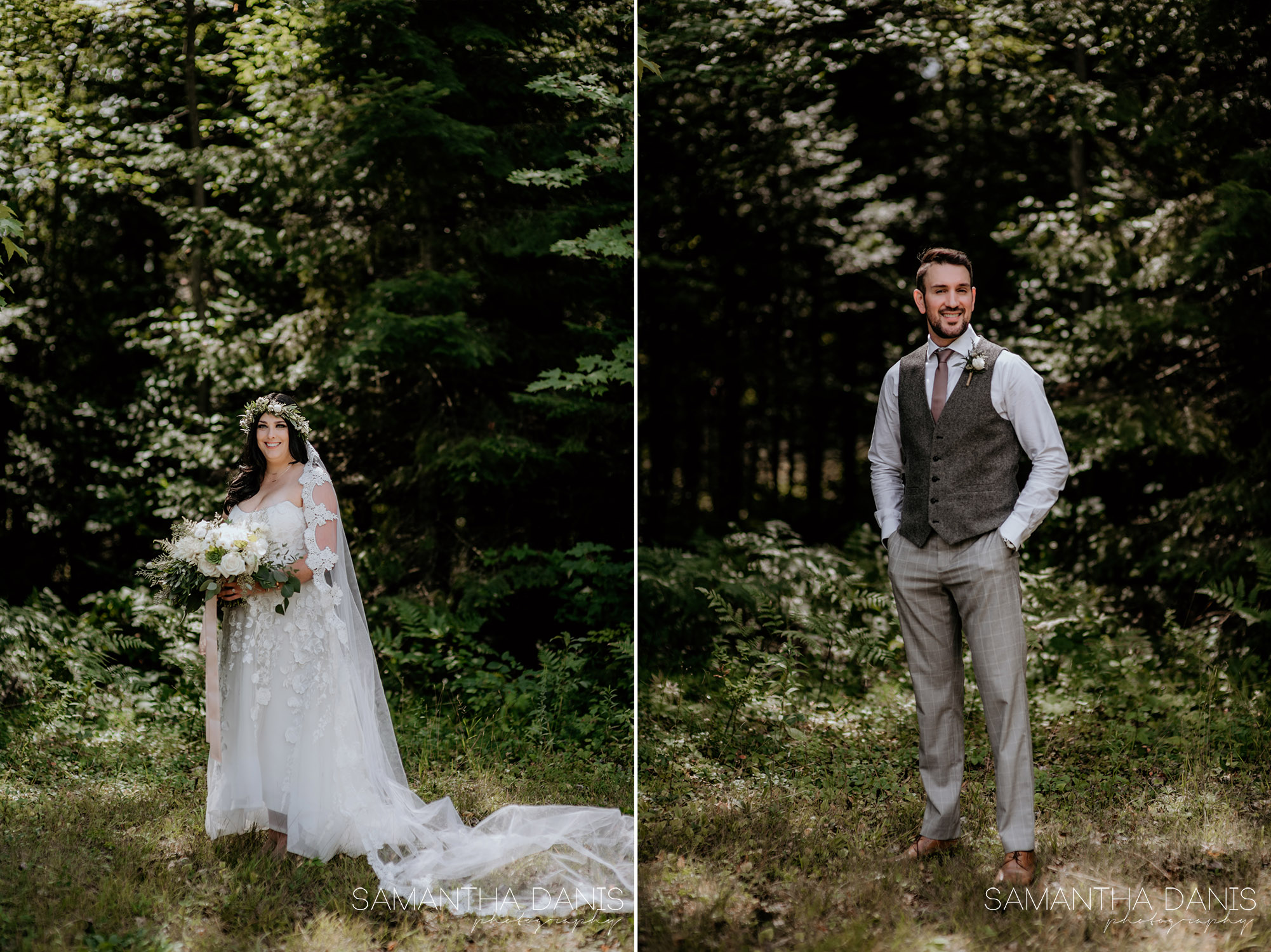 Before the ceremony could evens tart we ran into some issues with the sound system. For some reason the officiants head set kept getting interference and kept cutting out. The bluetooth seemed to be scratchy and just not working for us. So off the crew was scrambling trying to find an alternative. Thankfully one of the guests had a speaker available and the officiant had the right mic to fit in it and TADA, we had a working mic! I’m also going to put a little insert here, Sonya had a special playlist going for before the ceremony and one of the first songs on it was an instrumental Harry potter song and I was simply in heaven listening to it while I swayed back and forth watching guests make their way over haha. Alright back to the story. The sky had turned grey but the forecast didn’t call for rain and the radar didn’t show any rain clouds really coming our way but right before our bride walked out, wee little baby drizzle started to come down. That’s totally fine, a wee little drizzle wasn’t going to stop this from happening. Sonya came around the corner smile as big as could be and as soon as Eric saw her through the crowd, his smile came to match hers. They took a beautiful minute of silence to honour those who were there with them in spirit and continued into the ceremony with nothing but purely beautiful words spoken by the lovely officiant. I think my favourite part had to be the ropes and knot tying. They crossed arms and held hands (in an X form if you will) while the officiant asked them 4 questions of things they would honour during their marriage. After each question she placed a rope over their hands and at the very end she tied them up in a knot to symbolize their now intertwined lives. During this time the drizzle became a little heavier but still nothing horrible. But during the signing of the official documents it started to come down quite a wee bit more. Not enough to scare any one off those which was great! Our couple had thought things through and actually offered these super cute paper umbrellas up as as cover which I think work splendidly. As our bride and groom waited for their witnesses to sign the documents, they looked at their guests apologetically for the rain and said things would be over shortly. Then everyone smiled and laughed, they were there for them and that’s all that mattered. A pretty deep kiss sealed the deal and they were official announced as Mr. and Mrs. Renaud and down the aisle they went as husband and wife. 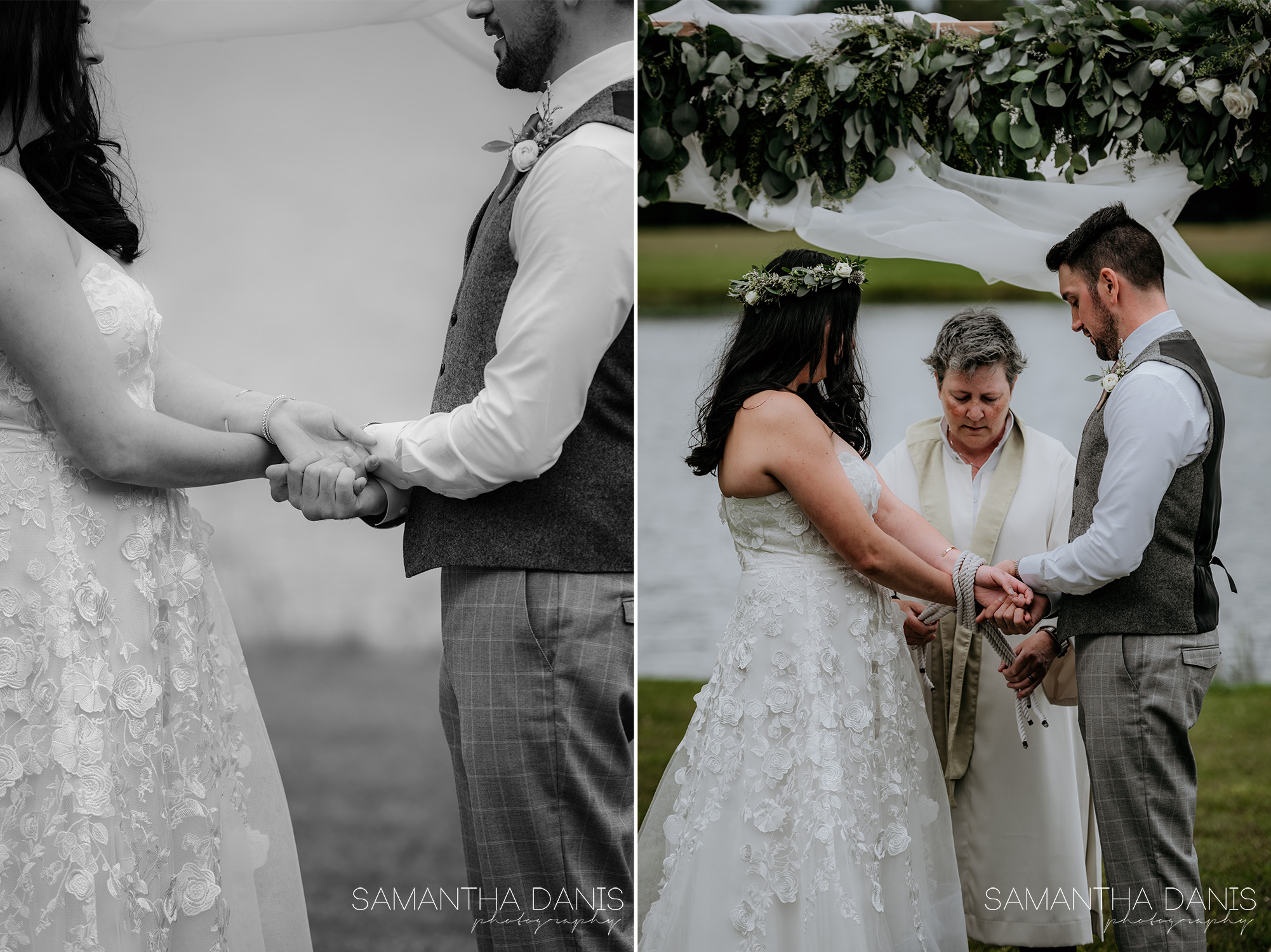 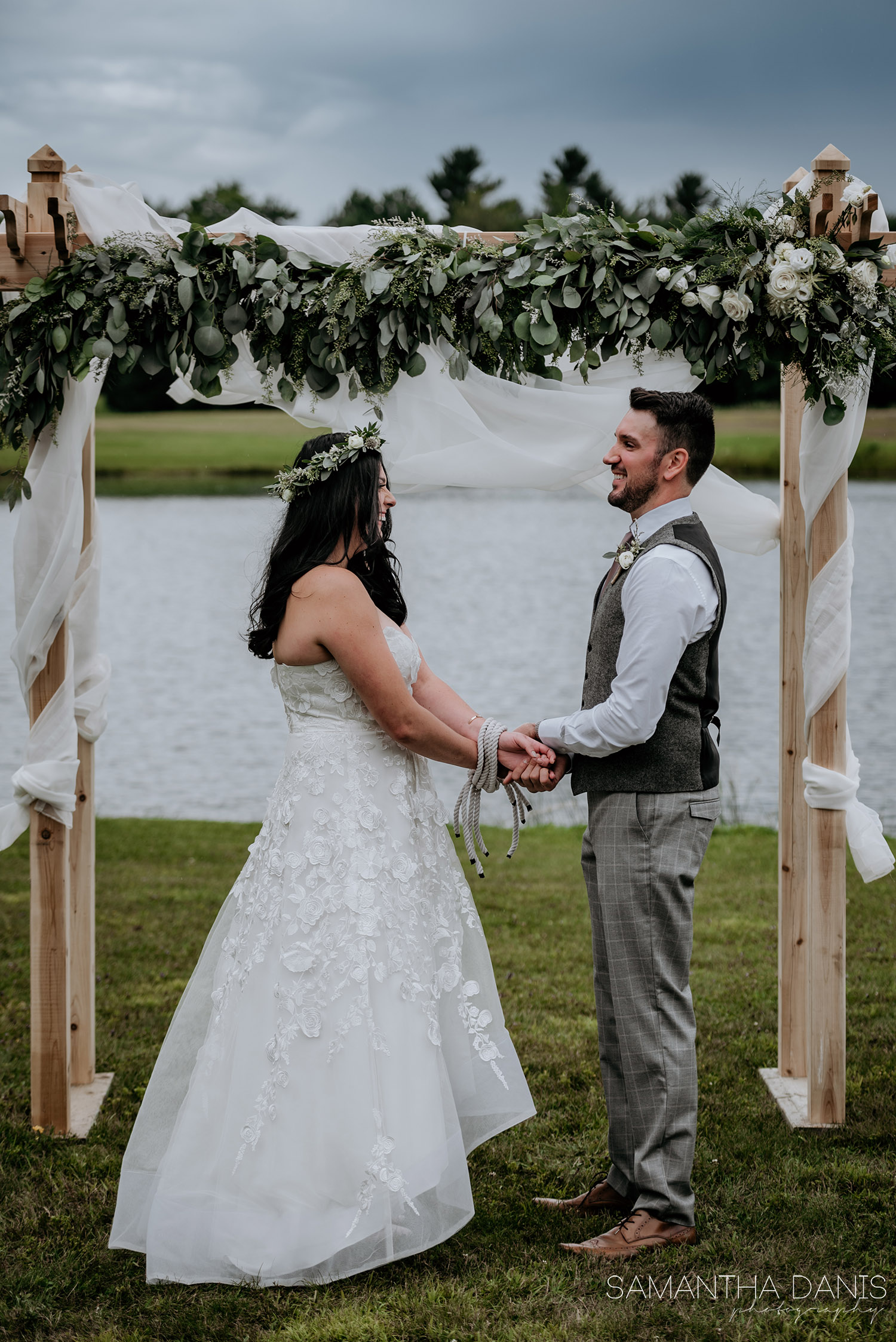 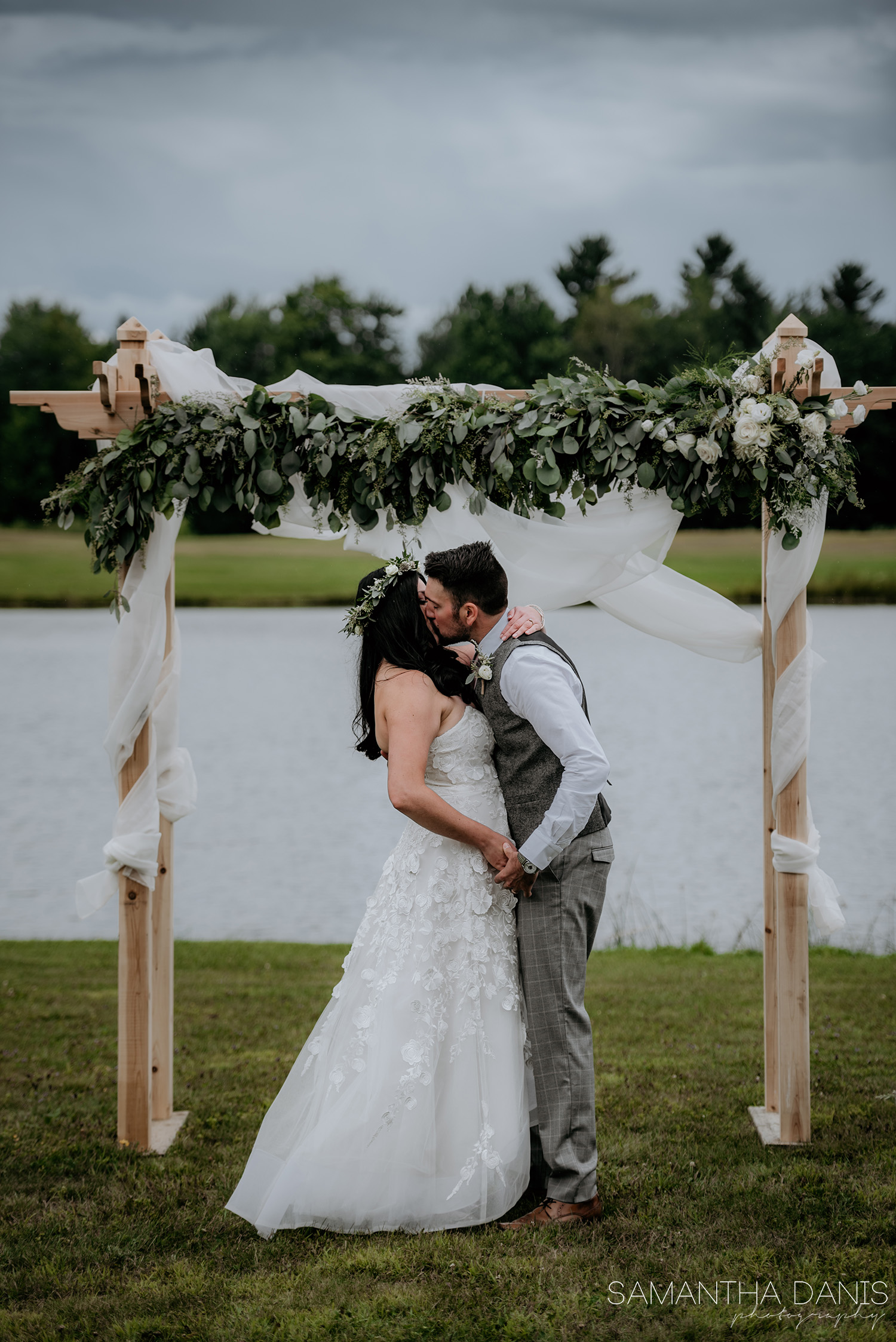 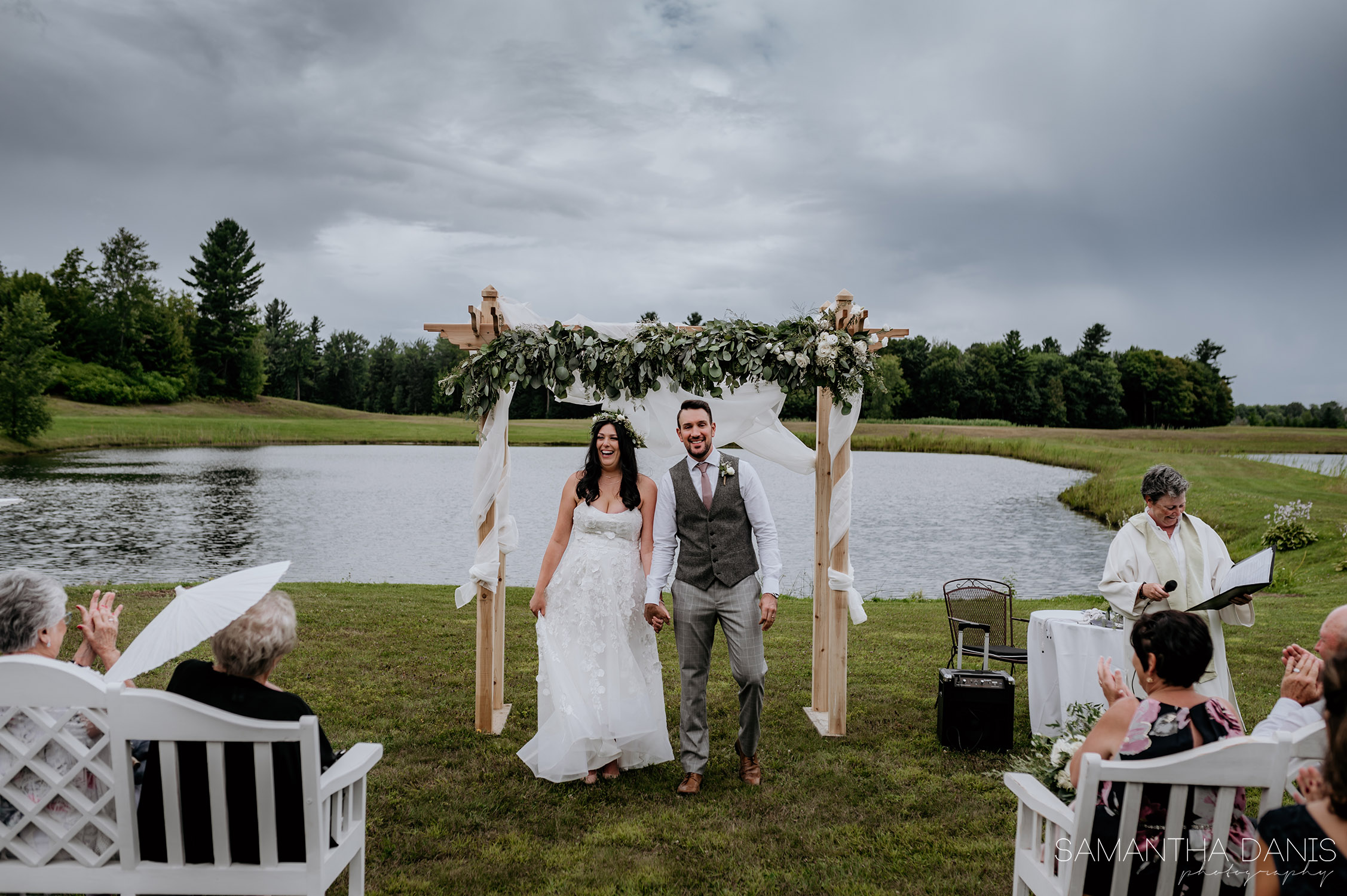 We found a bit of cover under some trees for family photos which was great. The wind was strong and the rain was on and off but we got through them and got some beautiful shots of everyone including grandmas! I was due to be finished in 5 minutes by the time things ended so I snuck into the tent to get some shots of guests enjoying the High Tea foods and mingling. I wasn’t disappointed when I saw a little girl staring at all the food including a rainbow macaron tower and sprinkle cupcakes and she had the BIGGEST smile on her face. It was so freaking adorable to see the joy on her face. I myself may have stolen a couple snacks for the road because it looked all so delicious. I’m sad I wasn’t there for the entire day but I heard the rest of their wedding was wonderful. On my drive home I was hit by a huge rain cloud (like white out conditions) and not far from the wedding space so I texted Sonya later on and asked her if they got hit by it. Turns out the skies cleared up and no big rain hit them which made my heart so happy. Sonya and Eric, I wish you so so so so much love for all the years to come. The stress of the wedding is over and you can now go back to relaxing and reading all of the books that need your love and attention. Thank you for being so cool and easy going and for creating such a beautiful wedding xox 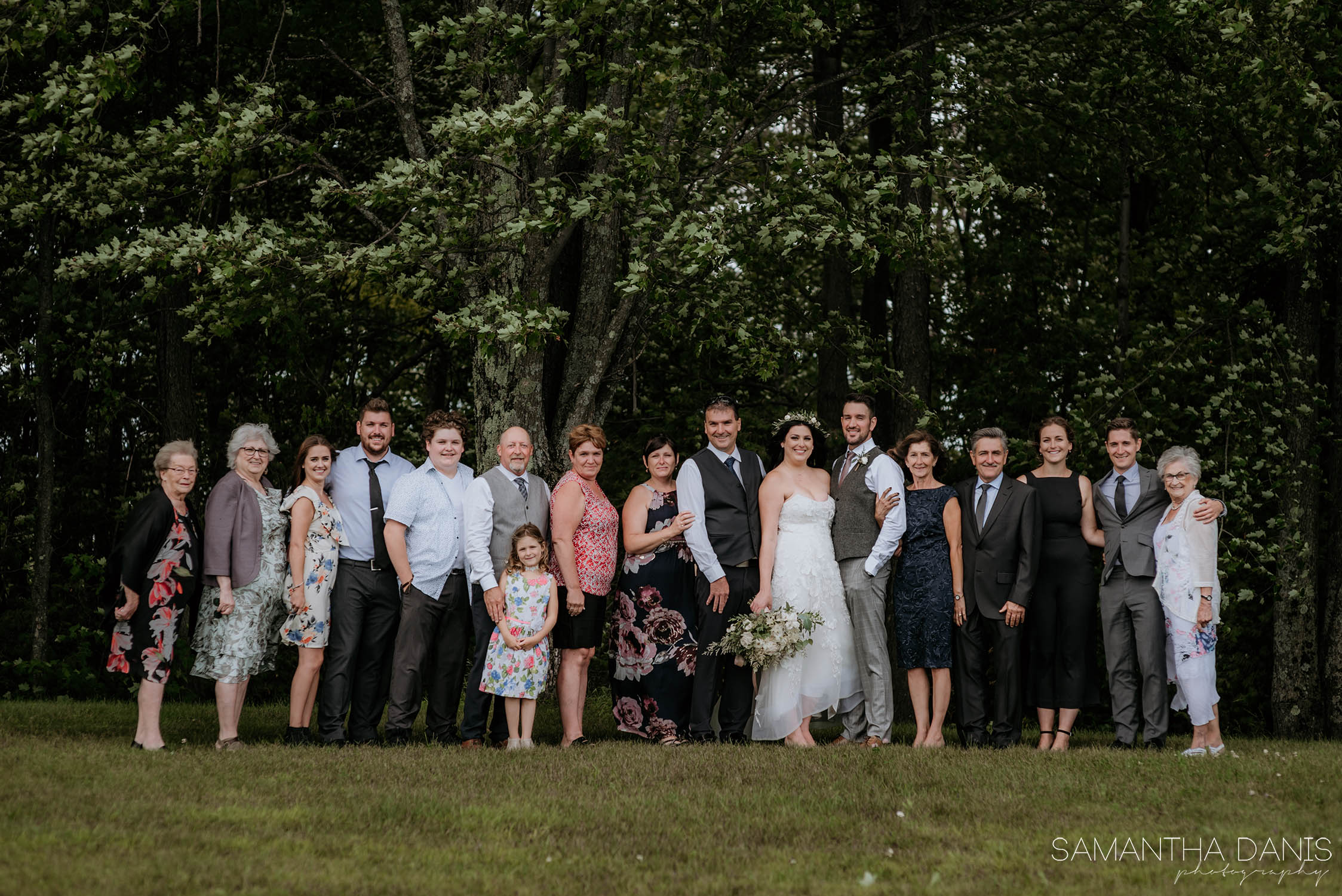 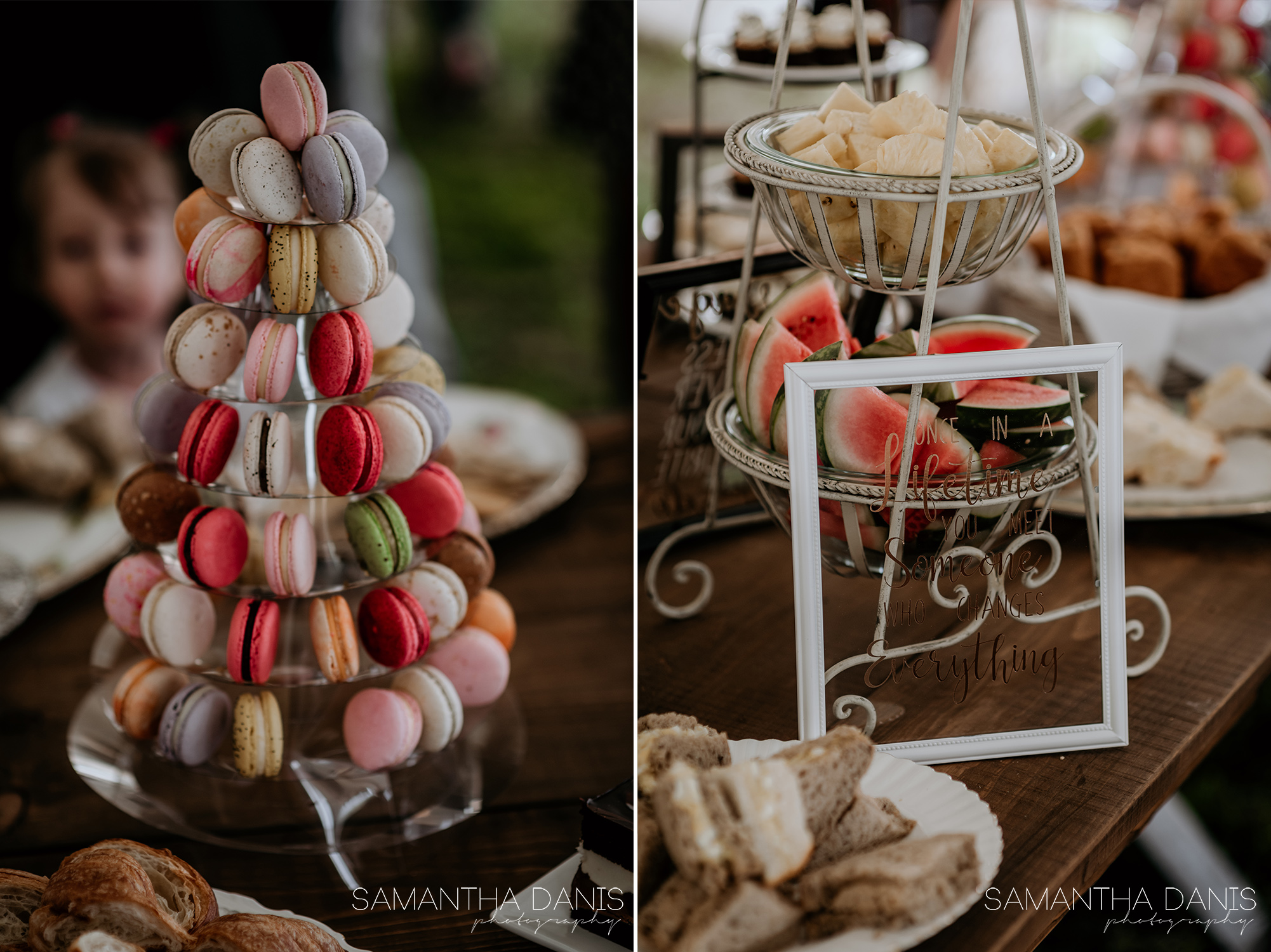 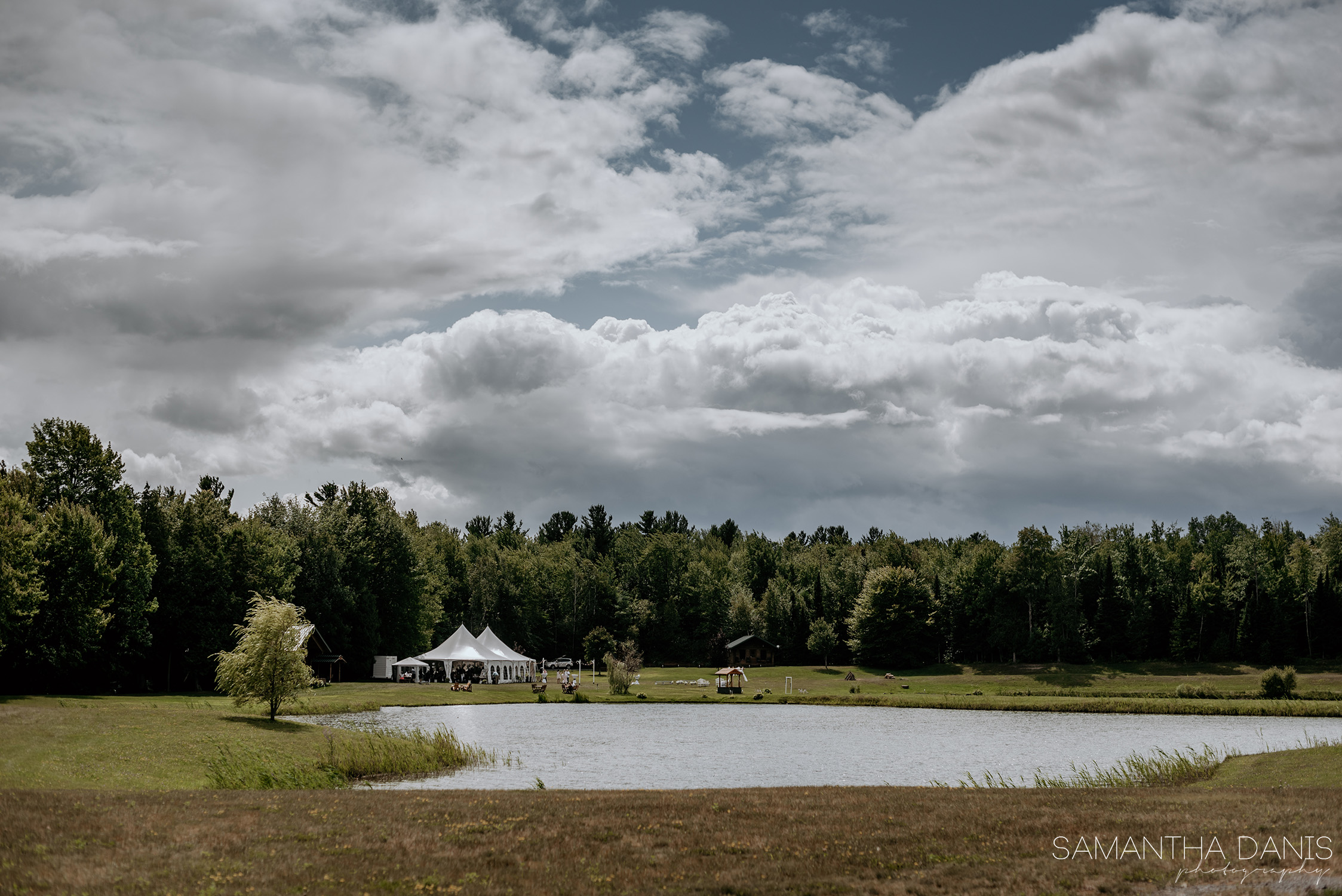 She/Her
•Photographer of the madly in love.
•Will drink wine with you 🍷
•Now booking 2022!
•For pricing and enquiries👇🏻

How are we feeling going into the weekend? We got

Happy Friday Friends! Our first week in this Lock

Sunsets are always so beautiful. The different col

Love, Happiness and giggles. That's what I love to

I will never forget this moment💜 The Tornado w