When a Pandemic hits the entire World and you’re set to get married, what does one do? Well you PIVOT and do an Ottawa Elopement at Walter Baker Park instead! This Pandemic has been difficult on absolutely everyone and these two are no exception. Ashley & Michaël have been in it deep since day one as Ashley is a PSW meaning one of our front line workers and Mic is a Music Teacher in a High School so needless to say it’s been quite interesting for them both. They held out hope that their wedding would be able to proceed on August 22nd as originally planned but alas, Covid-19 had other plans and they chose to postpone to 2021 to be able to have their big celebration… However, they toyed with the idea of doing a ”minimony” on their original date where they would legally get married as intended with only a few select guests.

After thinking about it, they chose to go ahead with it and I am so happy they did! They needed a location that would be outdoors but offer a covered area in case of rain and of course they wanted something beautiful. After having my own Minimony just a few weeks before, I suggested Walter Baker Park and it ended up being perfect for them. And so this Ottawa Elopement or ”minimony” as we’ve so fondly come to call them, was finally going to happen! 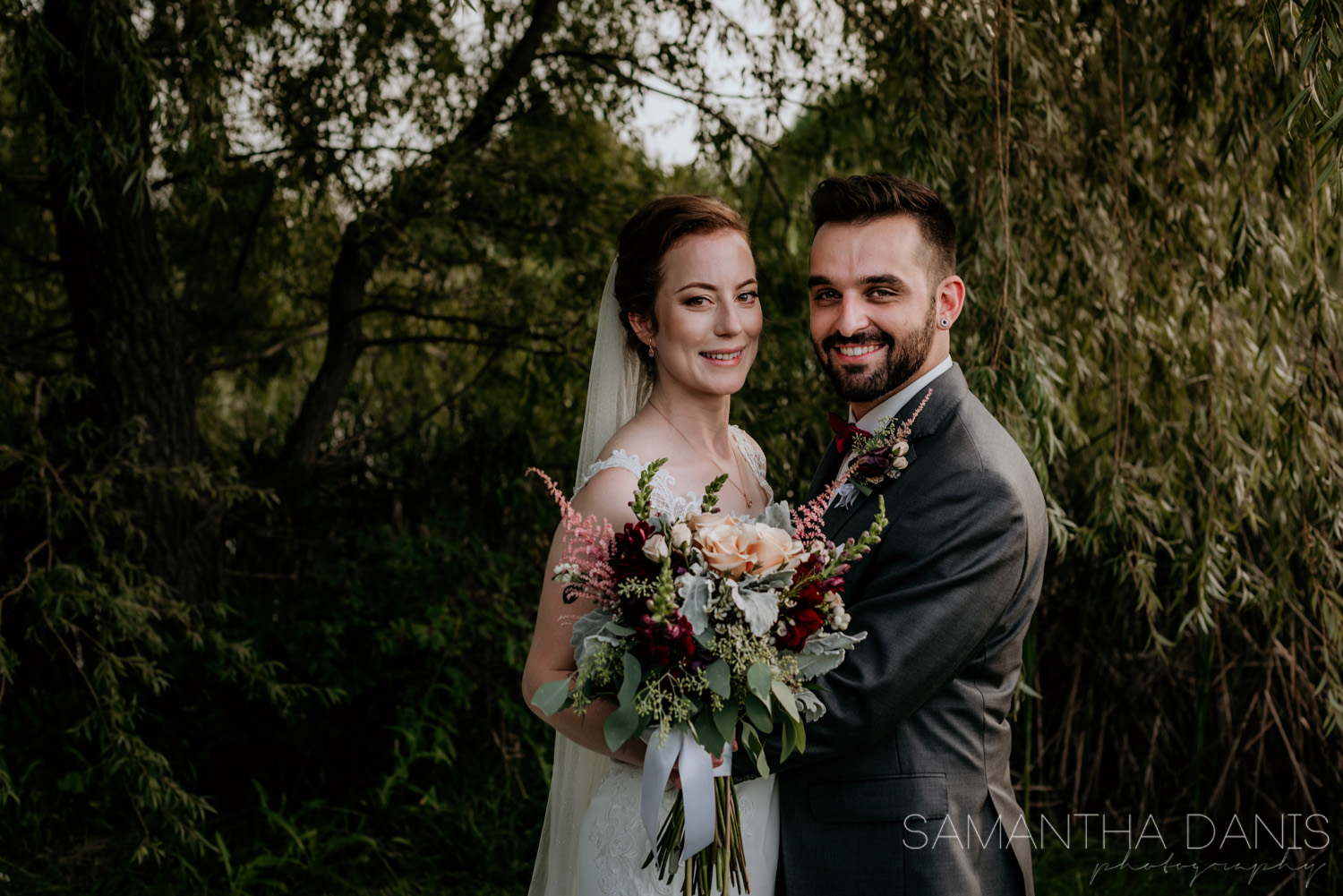 I arrived at the park to find Ashley hanging out with her family by the cars while the rest of the their guests and of course Mic were at the gazebo. She looked absolutely stunning and I simply couldn’t get over her super cute red suede heels. After a quick chat I walked on over to the gazebo to find Mic finalizing everything and anticipating his brides arrival. Once we figured out where everything was going to happen, we got everyone in place and finally we called Ashley to let her know it was time. She and her family walked from the parking lot down to the willow tree where her handsome groom awaited her impatiently. His smile lit up as she came into view and I could see tears welling in Ashley’s eyes.

The ceremony was absolutely lovely and consisted of standard vows as well as their personal vows which had everyone laughing and some even crying (I’m looking at you momma’s). Their voices trembled and broke a little as they spoke their vows to each other, trying their best to keep it all together which they did in the end. We all had a few laughs as Mic’s best man whipped out the wedding bands already fastened on both of his pinky’s like ”BAM here they are” as well as some laughs thanks to their officiants wonderful sense of humour. They exchanged rings and a beautiful first kiss full of smiles to finally be announced as Mr. and Mrs. Pineault. After a quick champagne pop and a group photo, I stole these two (and the Maid of Honour and Bridesmaid) to walk along the area and have our little portrait session. We got some stunning light throughout the evening and I knew these two were just going to be amazing. 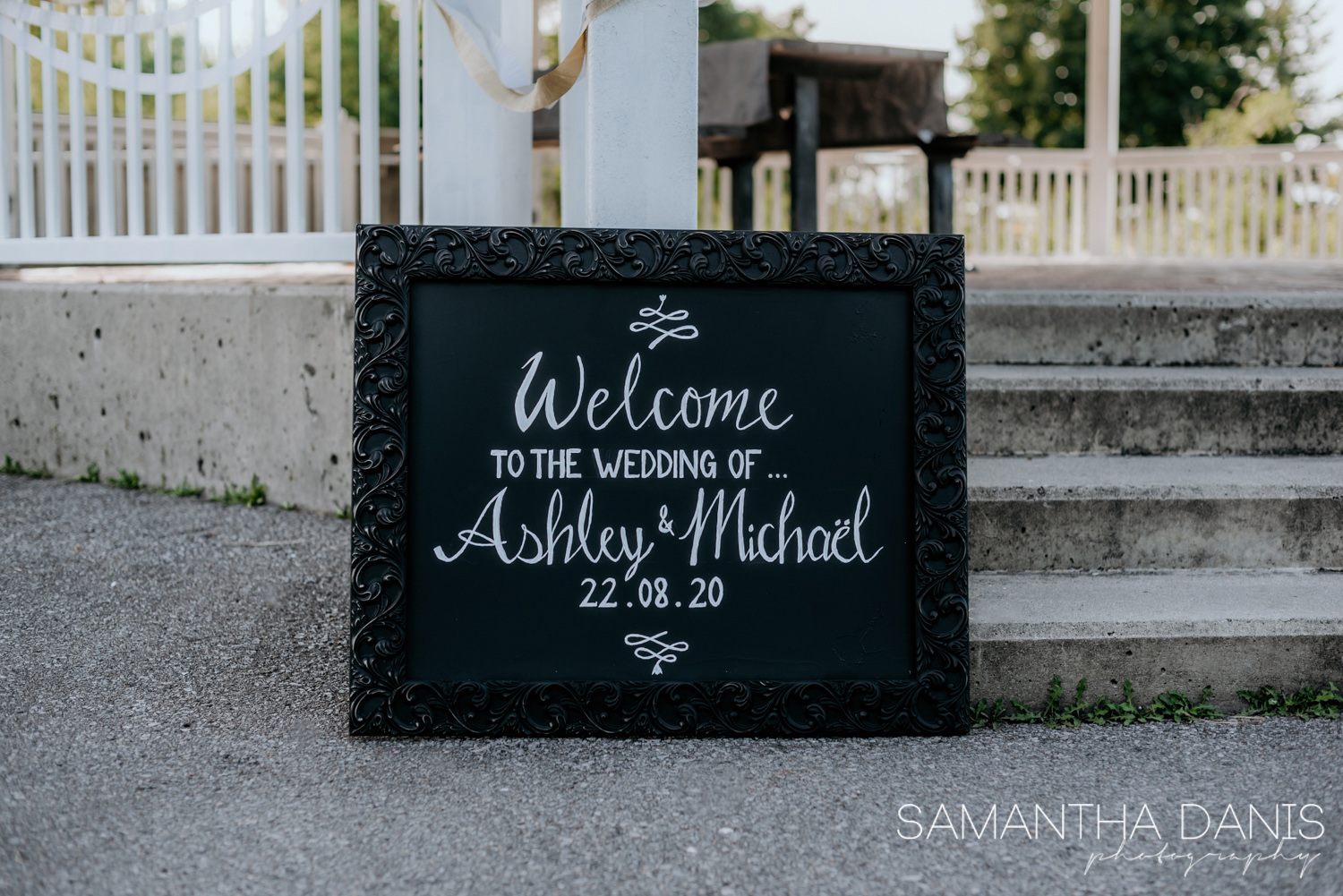 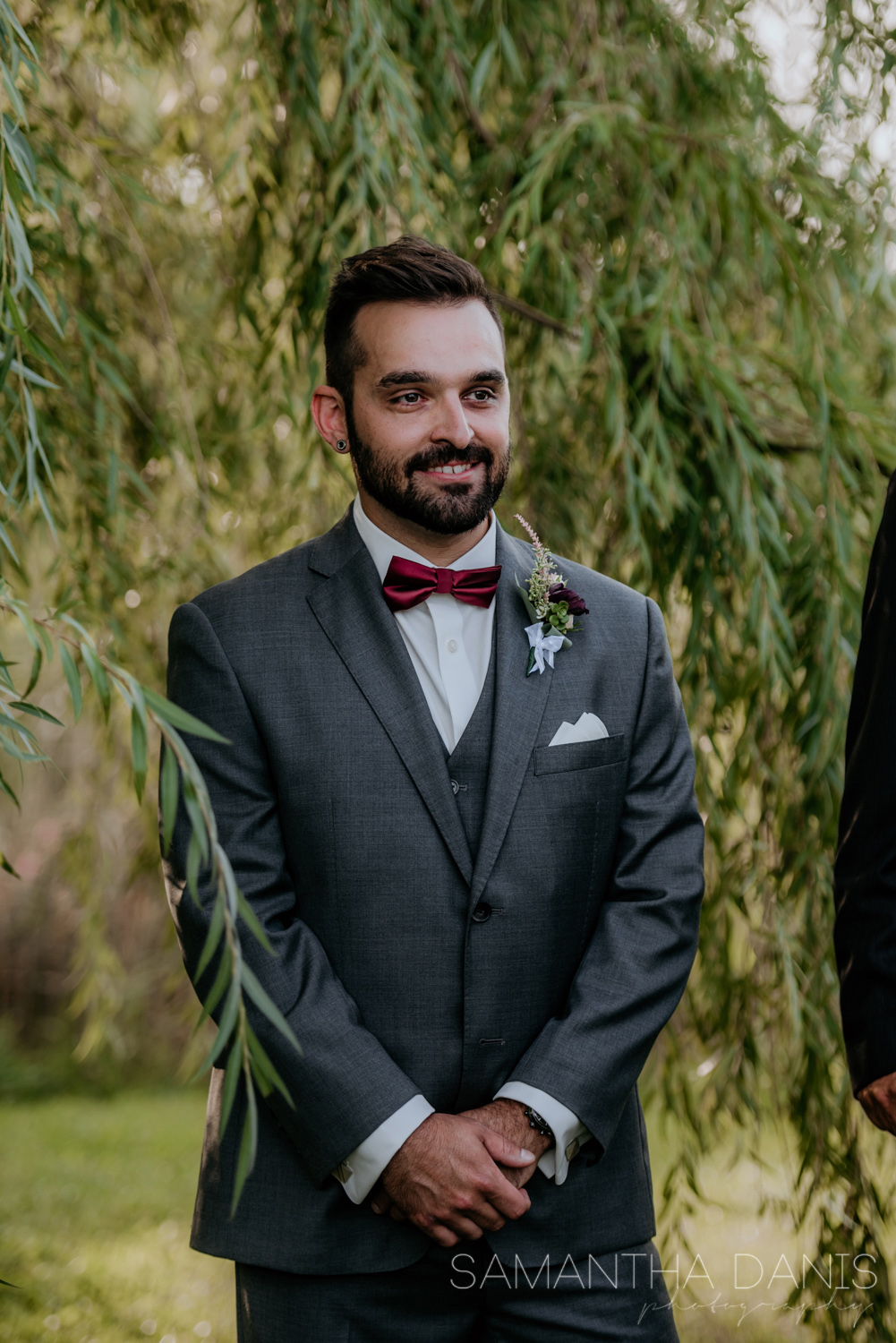 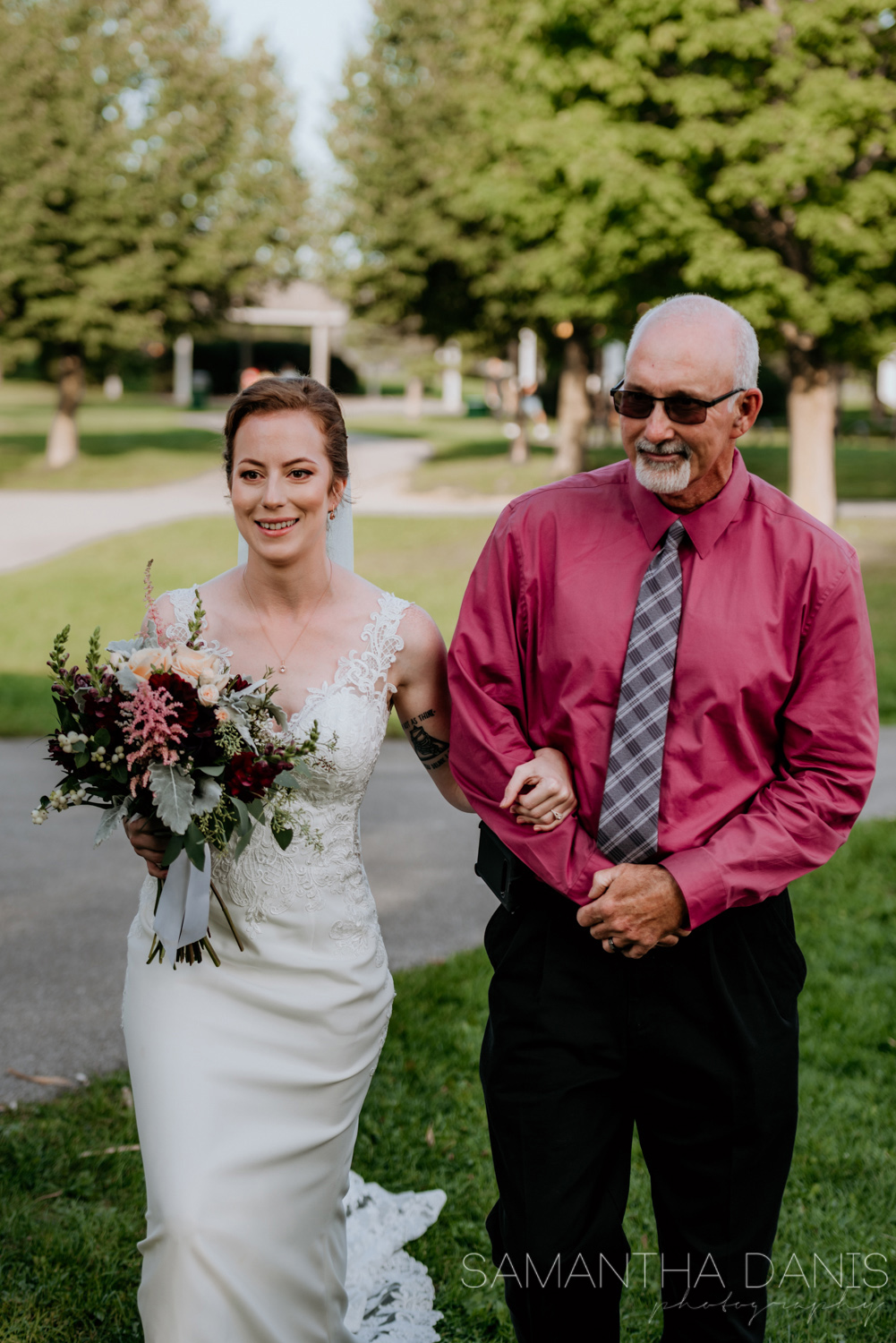 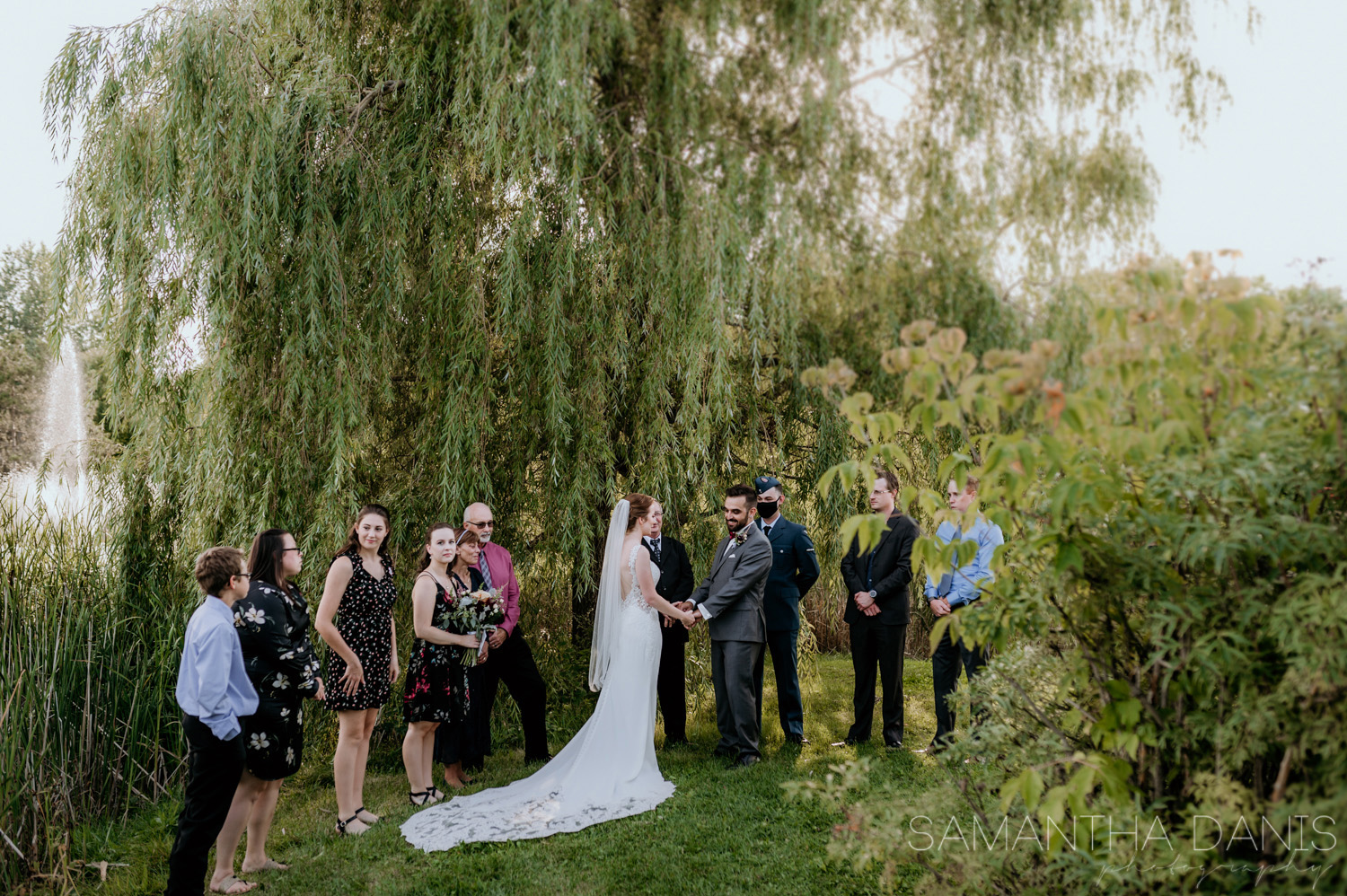 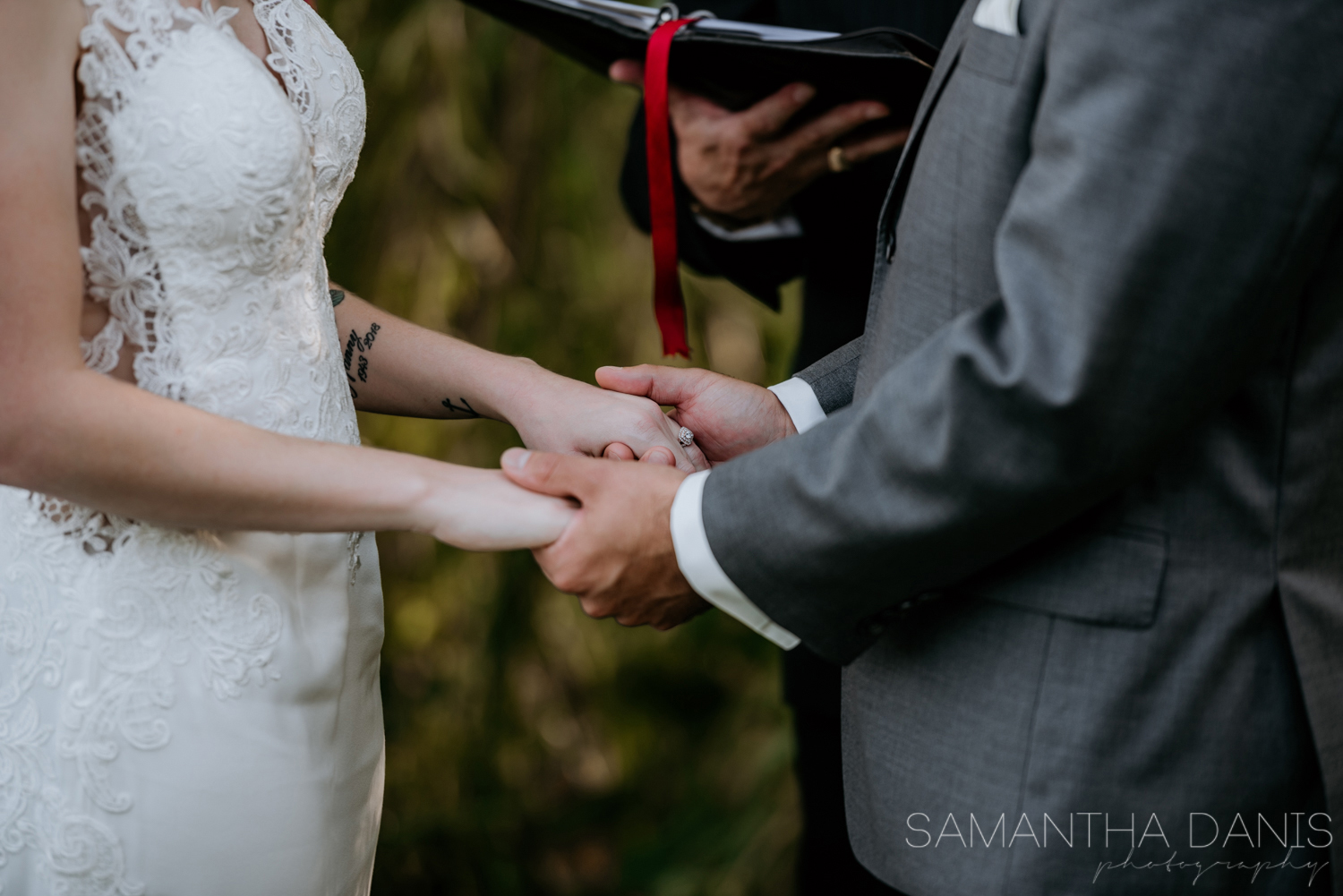 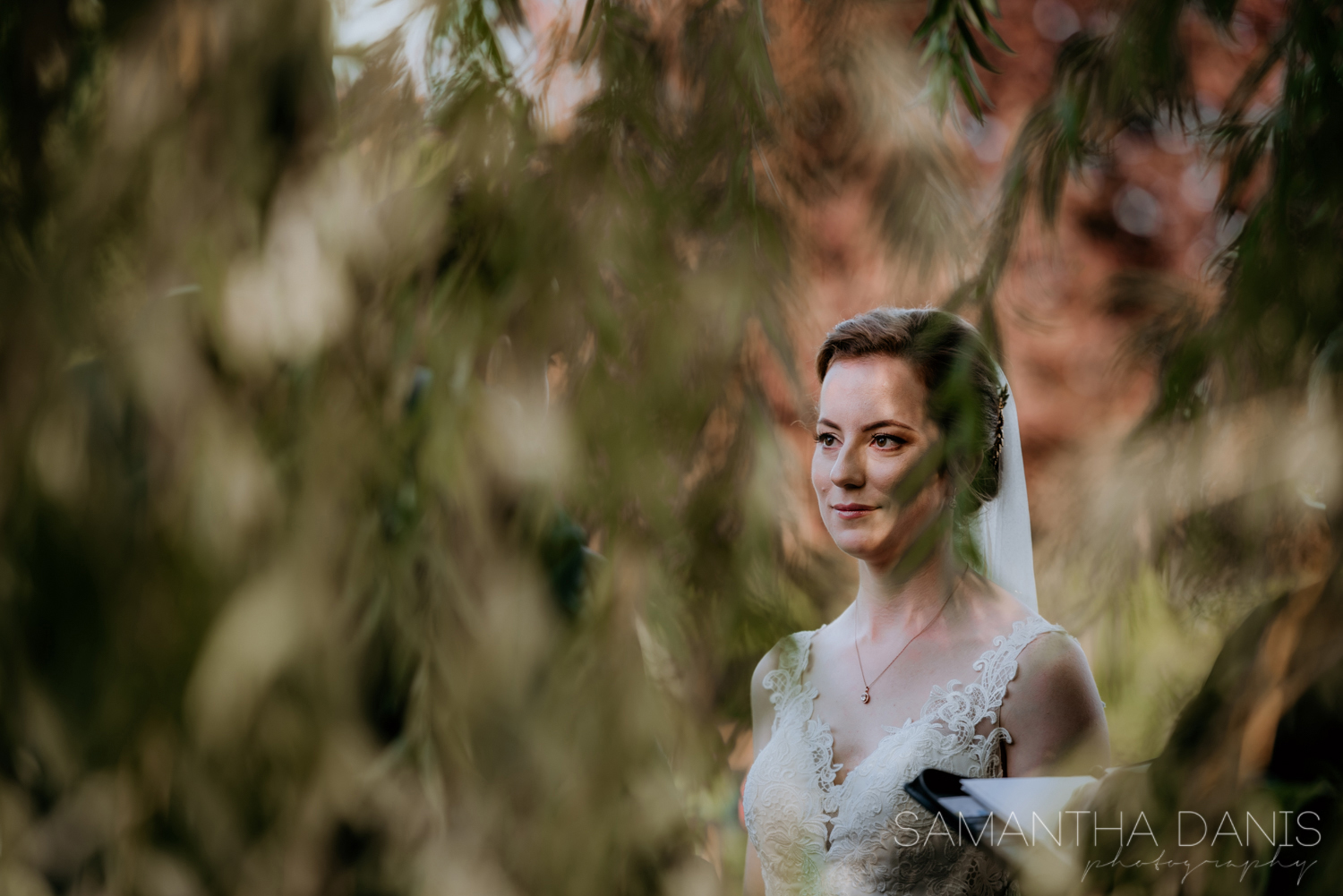 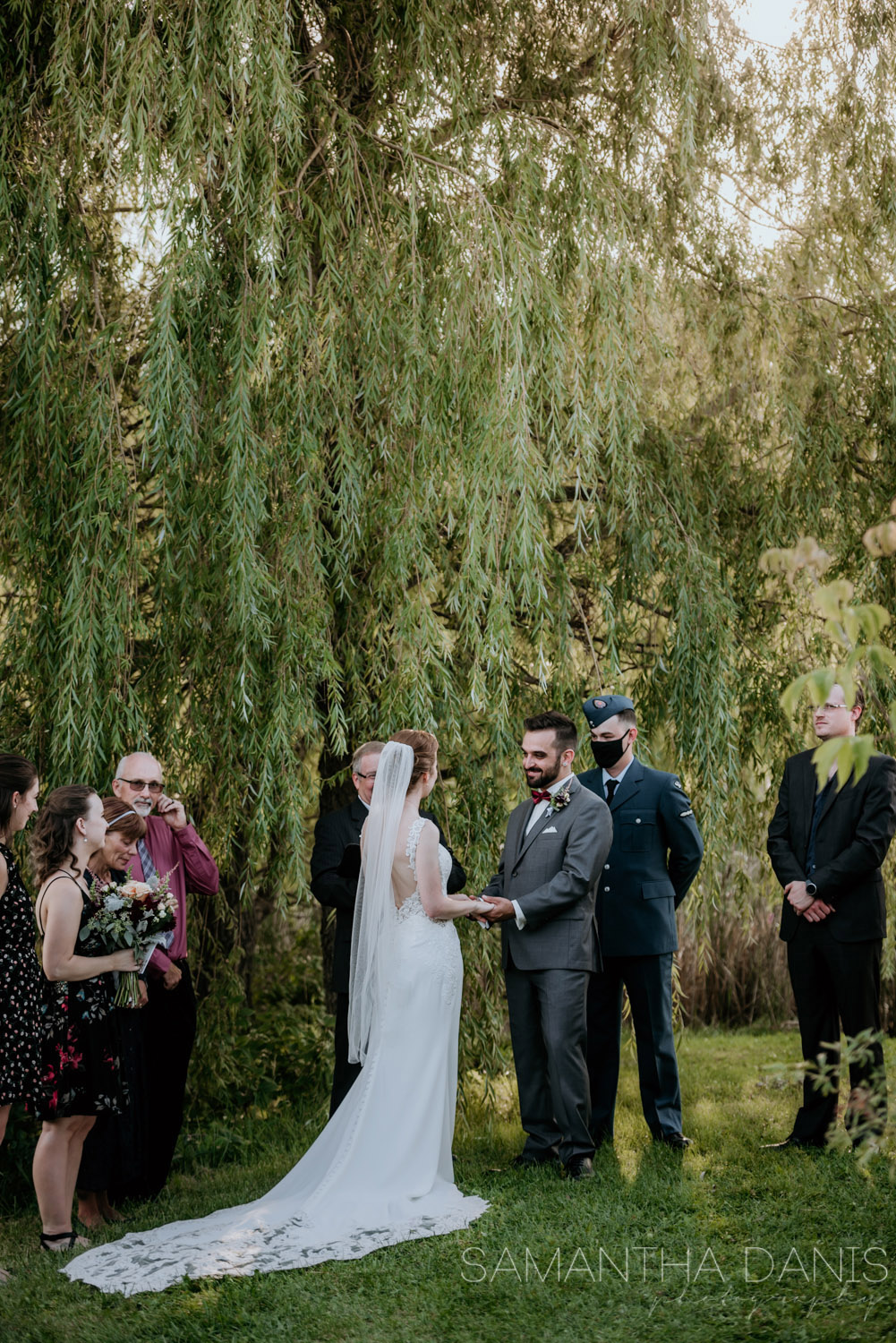 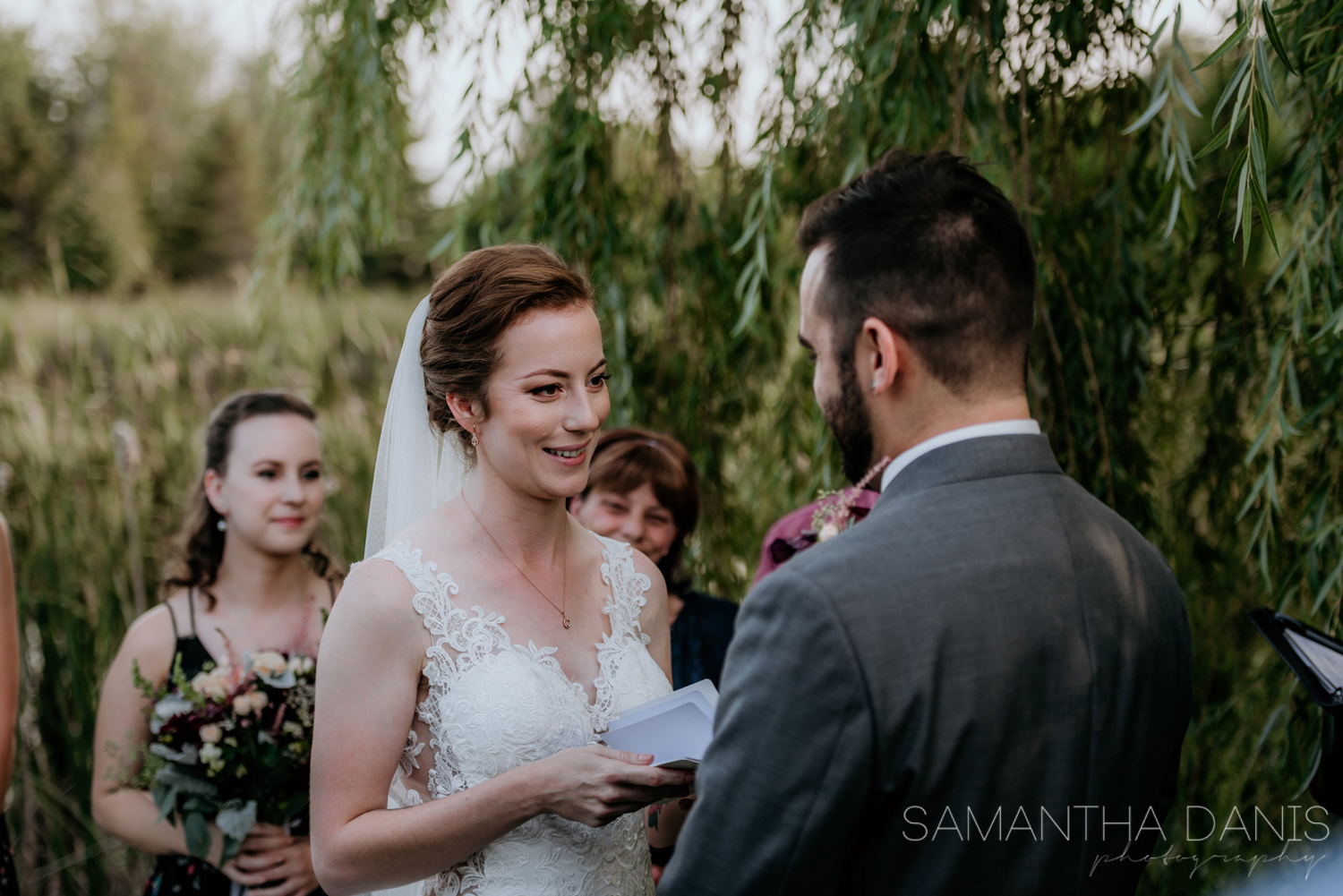 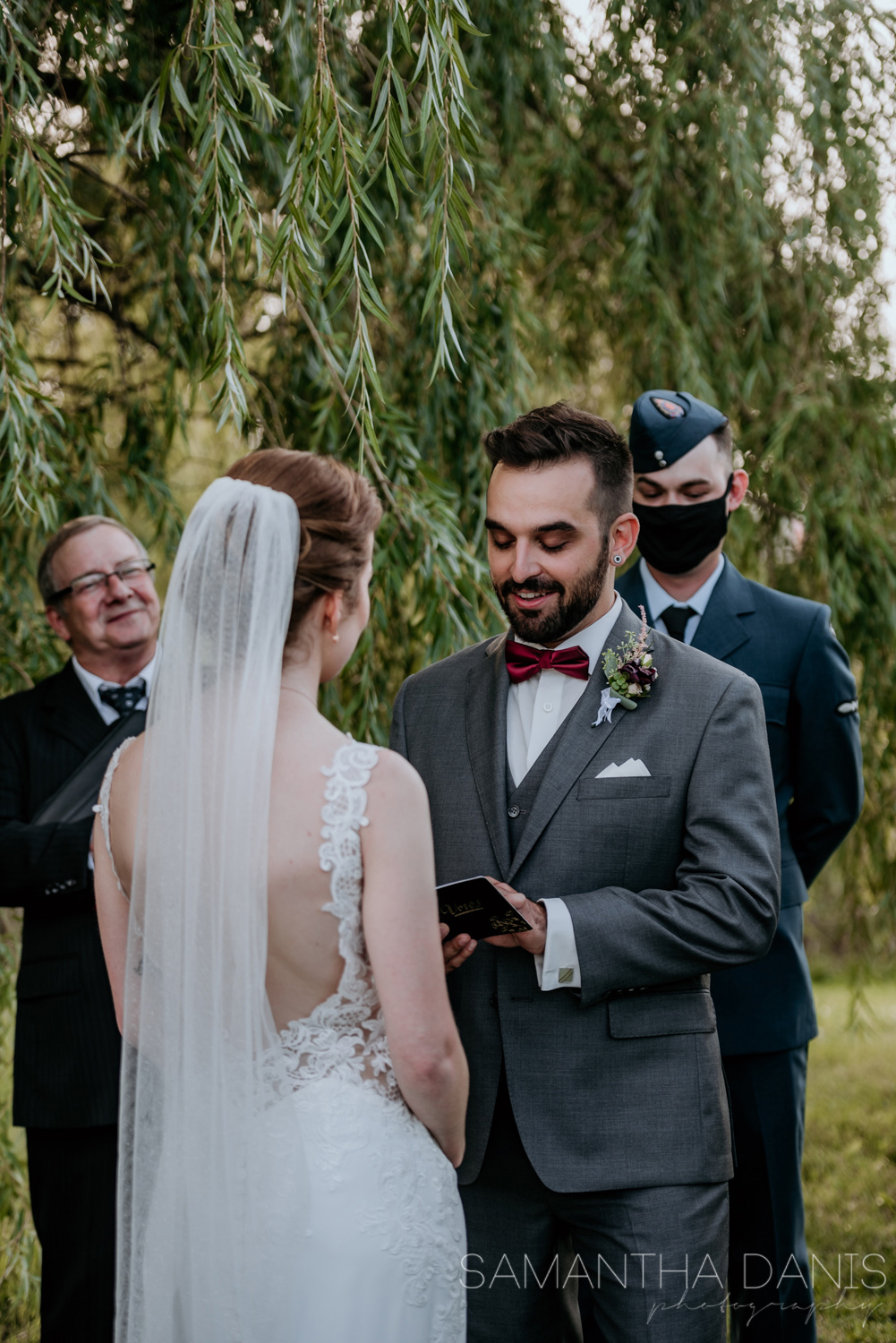 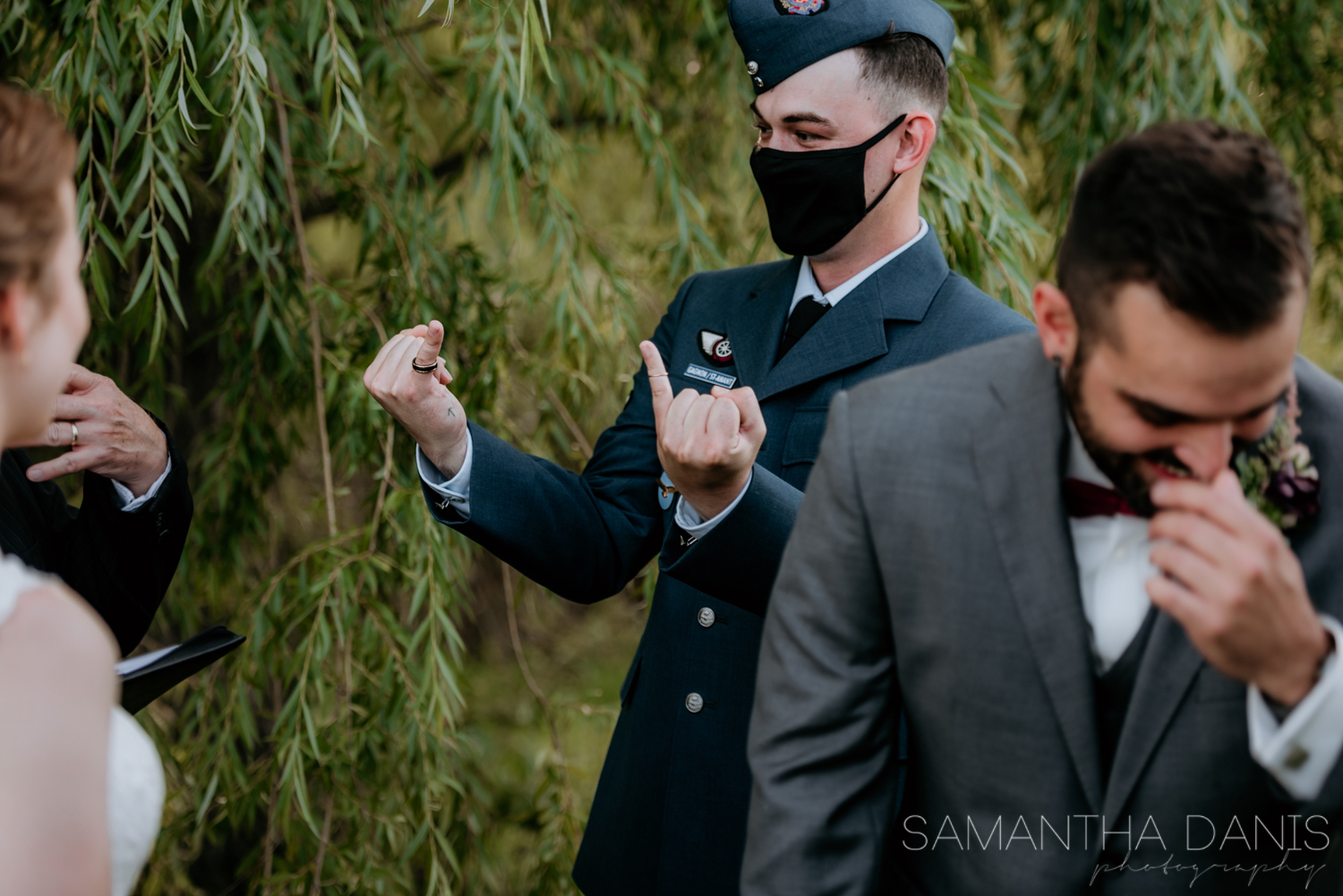 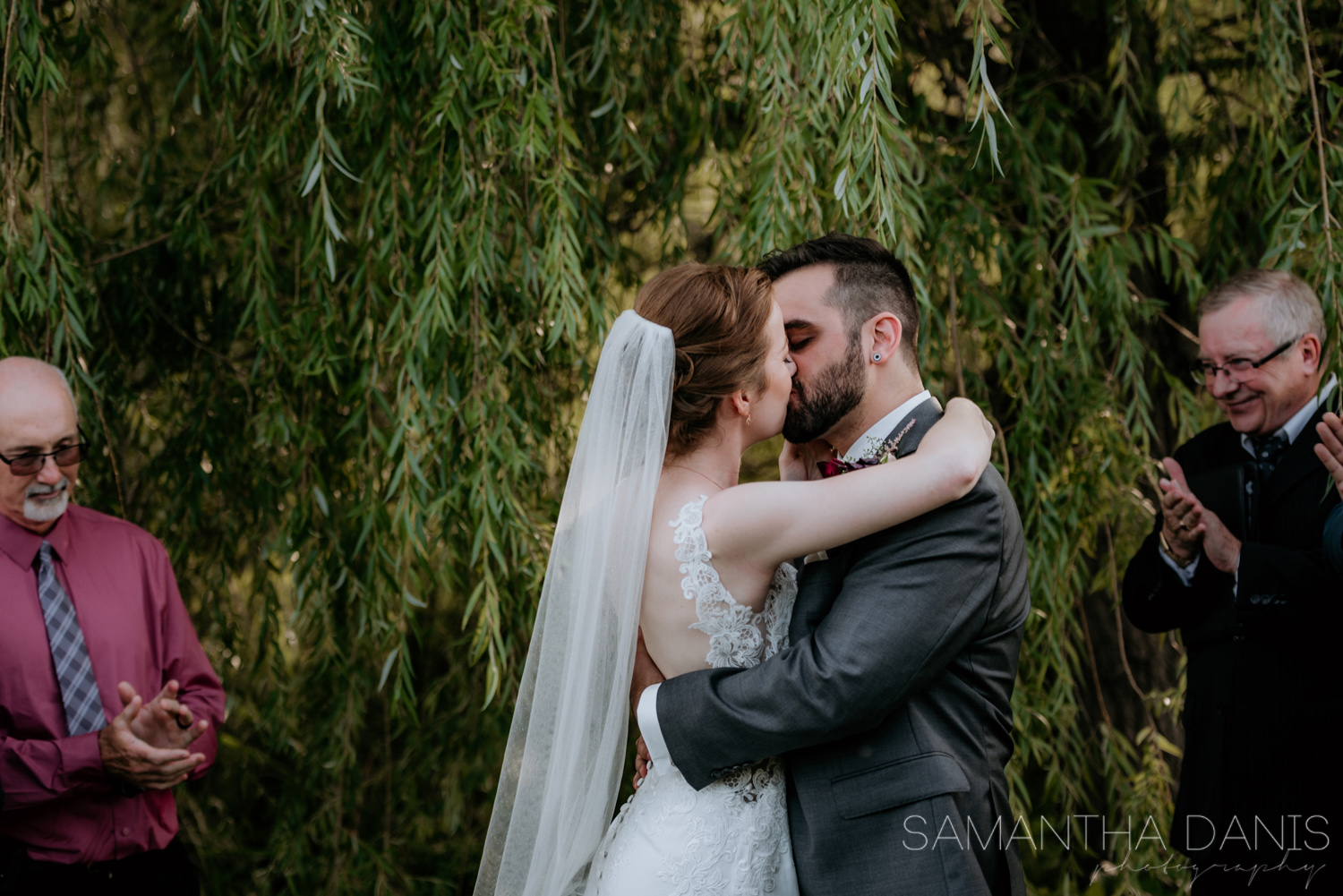 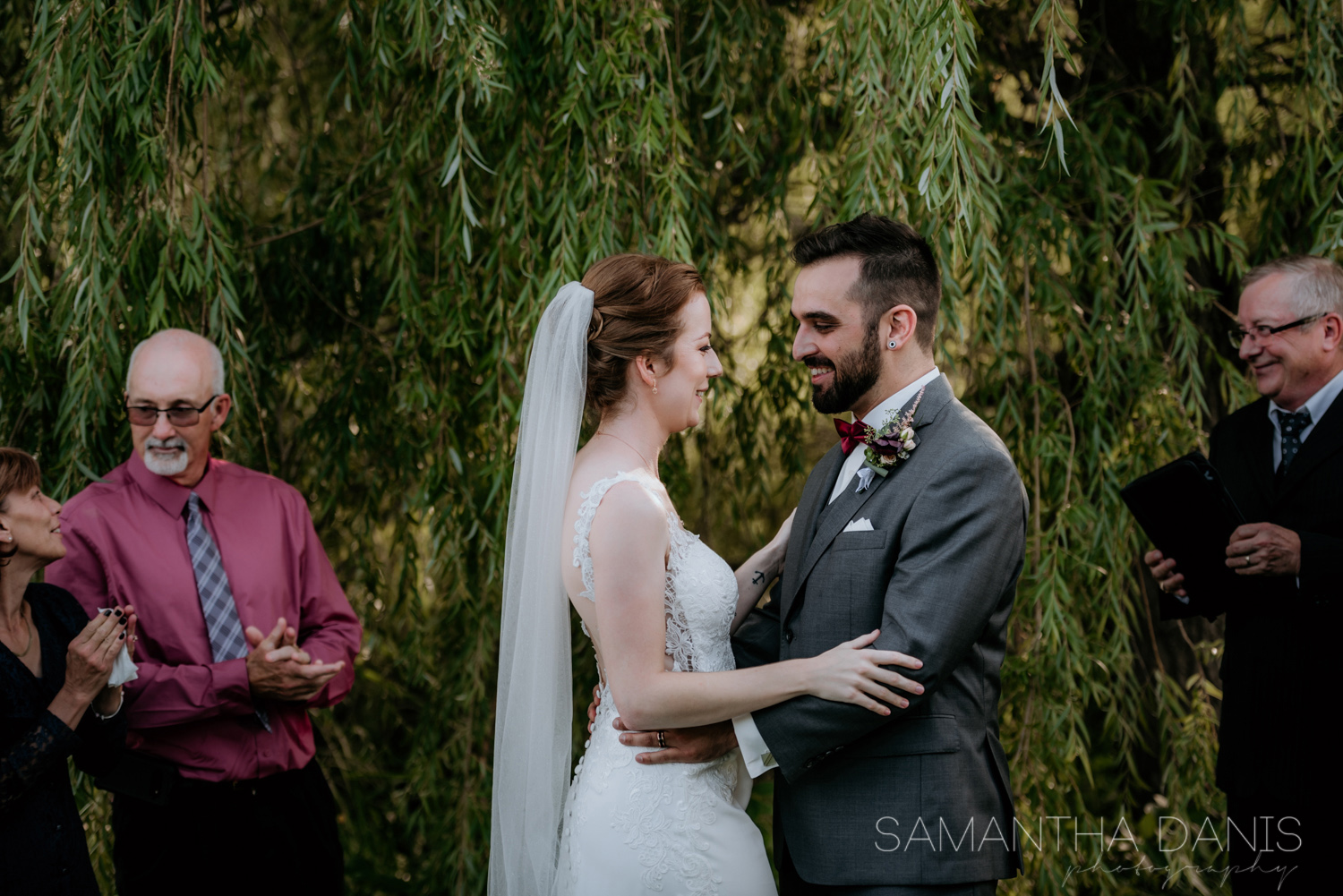 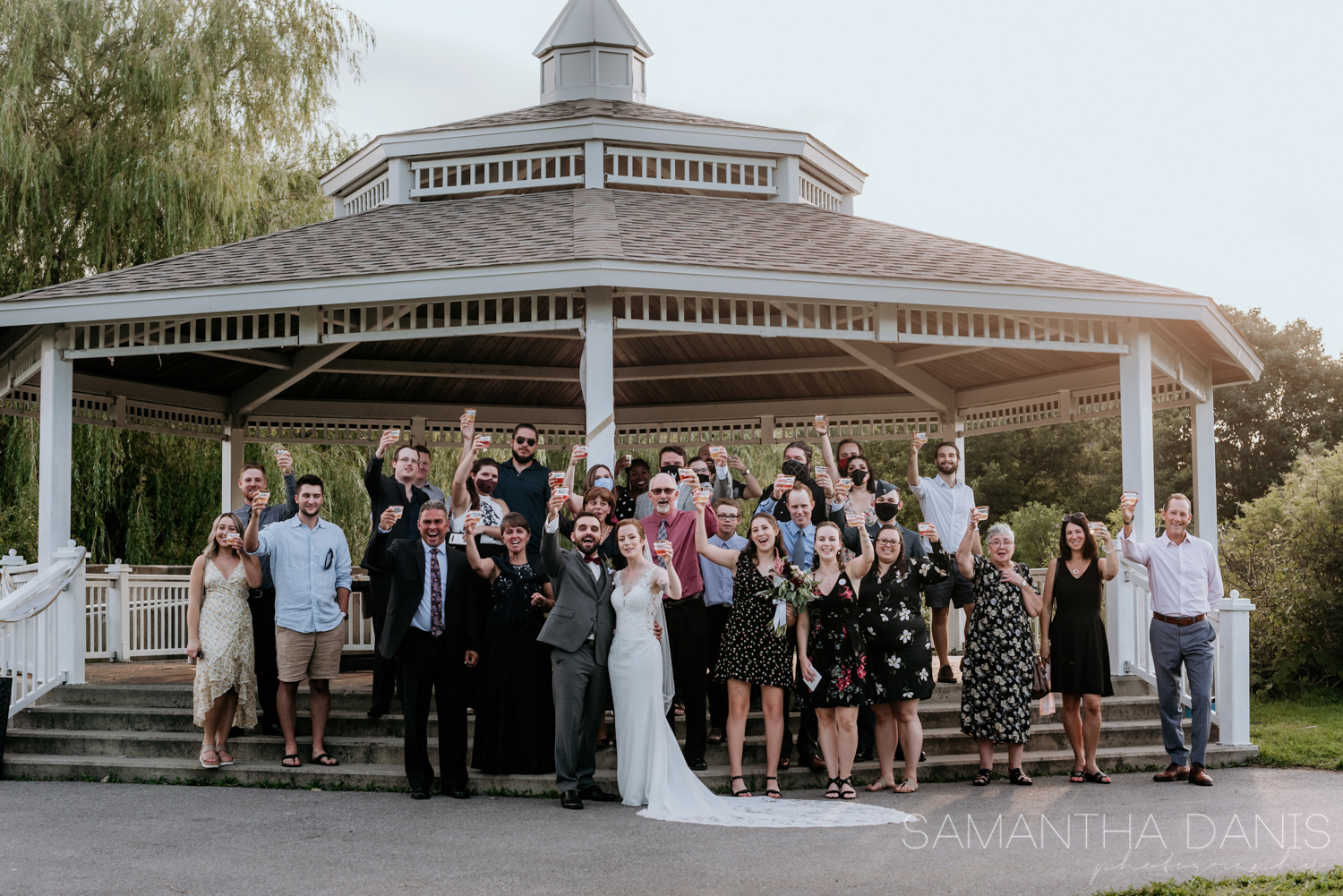 I asked them to slow dance under some tree cover while the sun shined through the trees but I know how that can feel odd… So I asked them what their first dance song is going to be and Ashley said: ”Perfect by Ed Sheeran”. My brain automatically went to ”AWWWW yay” and then to oh I don’t have time to whip out my phone… Instead I did the next best thing, I sang it. Yes folks that’s right, you also get a personal serenader when you hire me as your photographer! Haha, but in all honesty it was super cute and it made them laugh and smile which is always my goal. We walked through fields of ”pic-pics” which is french slang for spiky plants that can hurt you (which I stepped on one yay… and I crashed into a branch) and found beautiful spots to sit and cuddle while the sunsets as well as this adorable wooden bridge.

Who knew Walter Baker Park had so much to offer, right? We finished things off by capturing a few more photos by the pond ending our perfect little evening. I’m so stoked for next years wedding but so incredibly happy I was able to celebrate with them on their original date in the end. See you next year lovers xox. 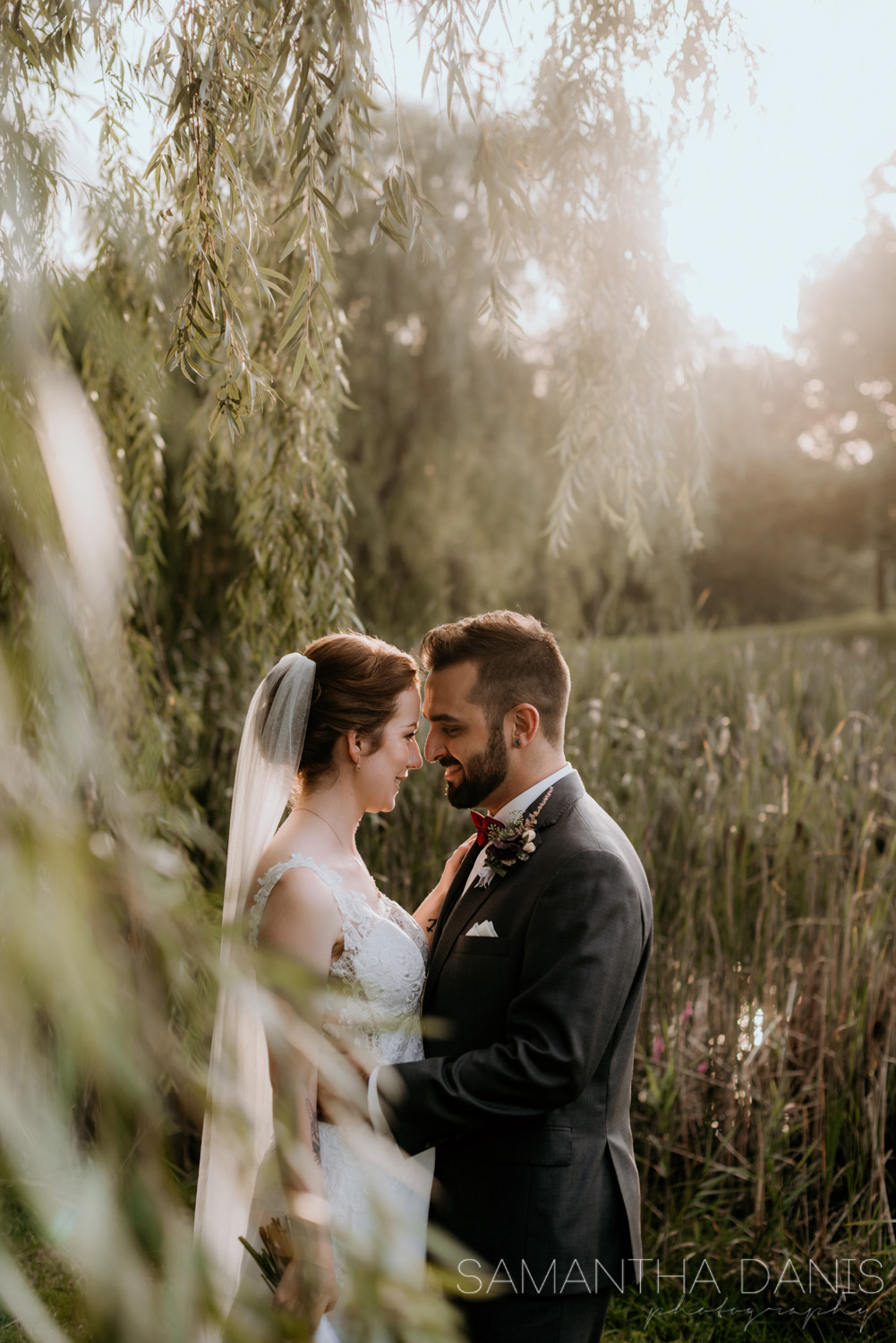 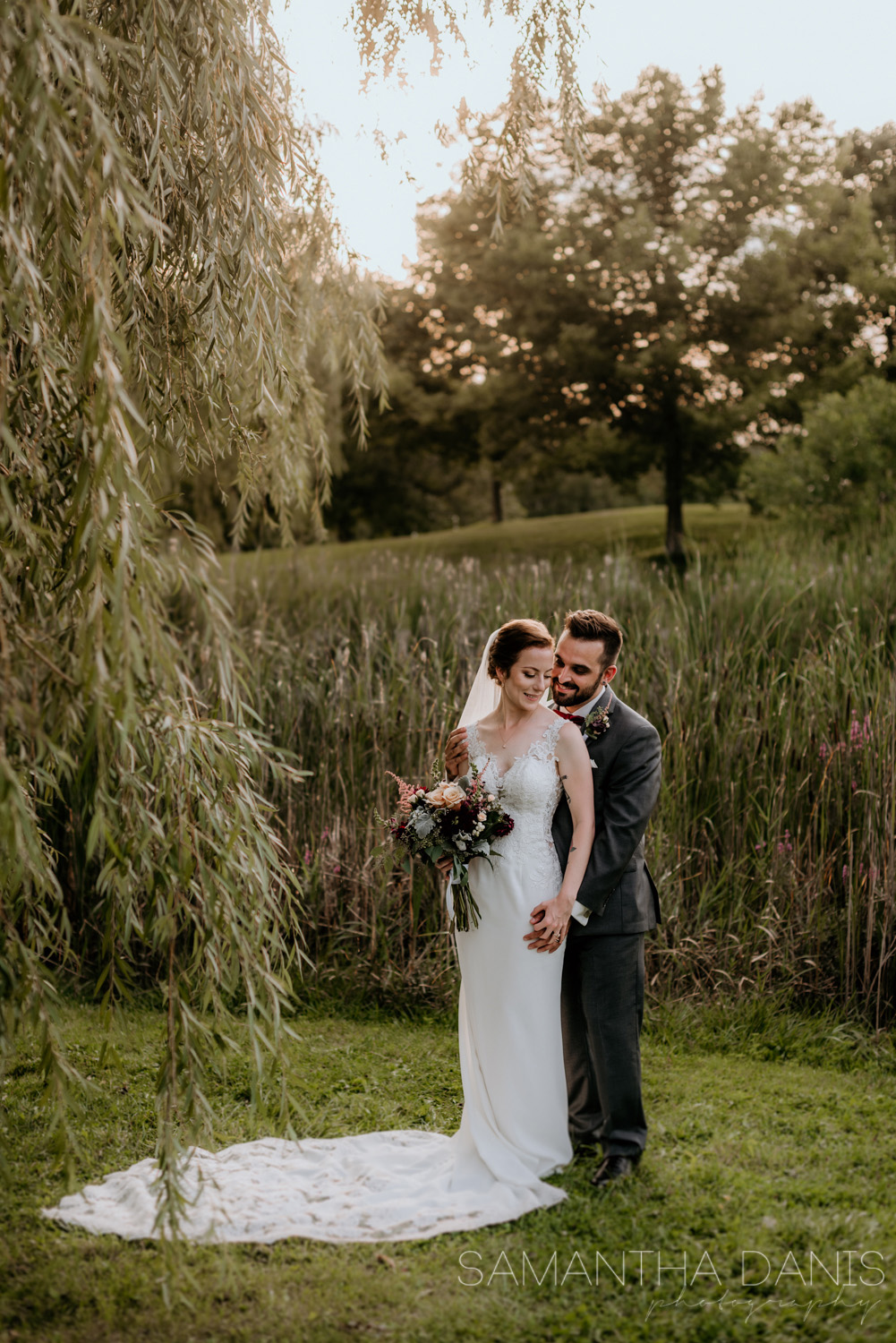 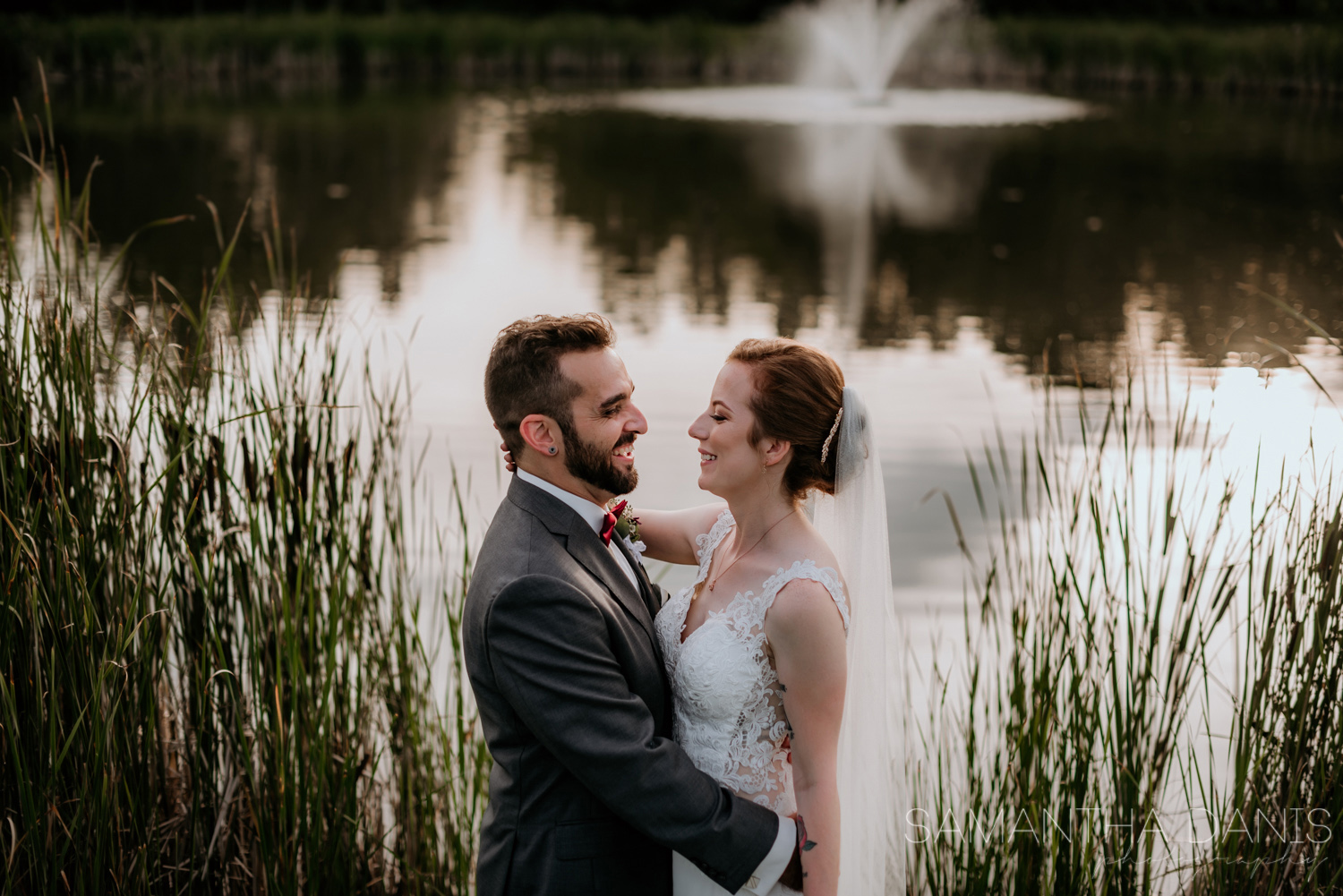 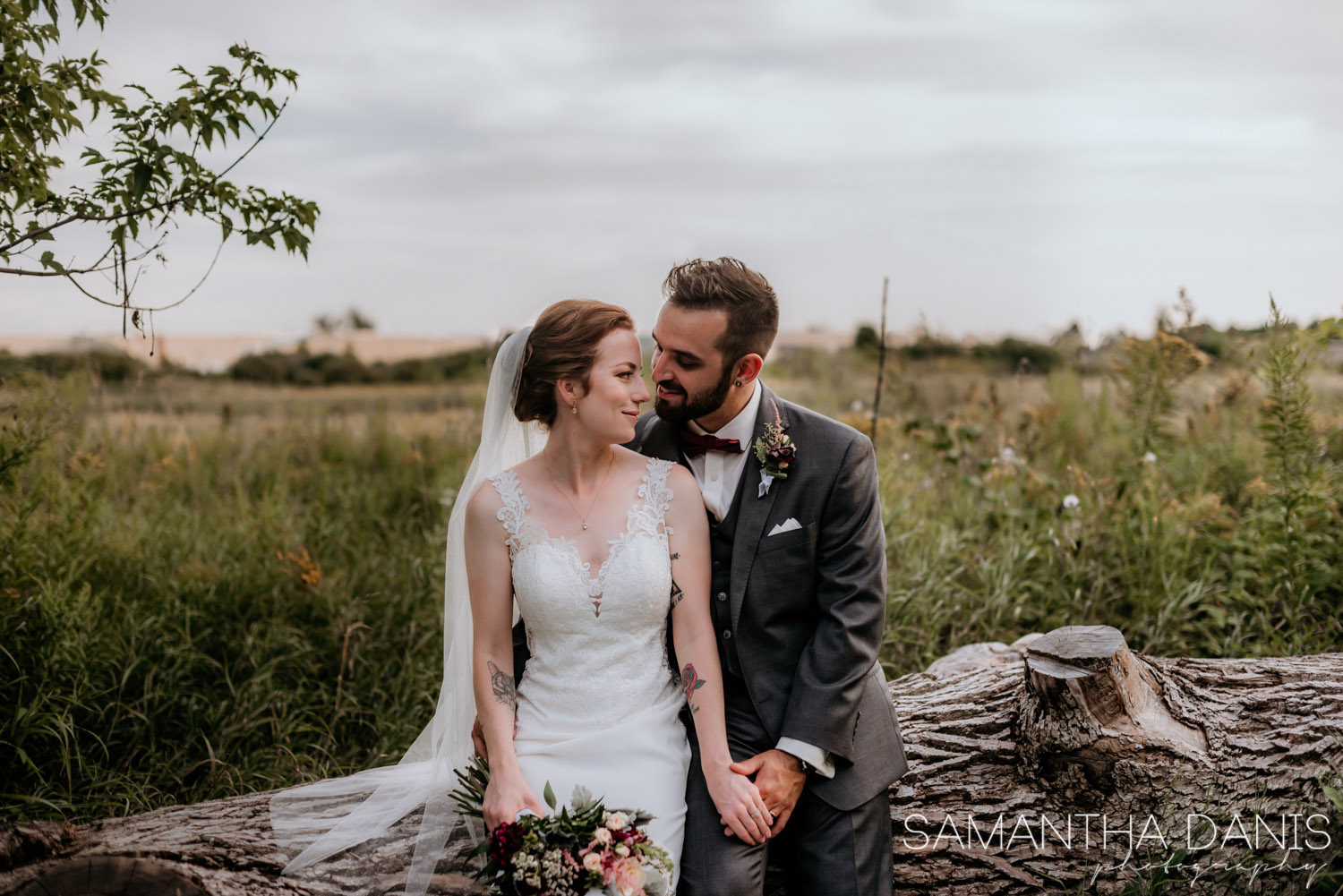 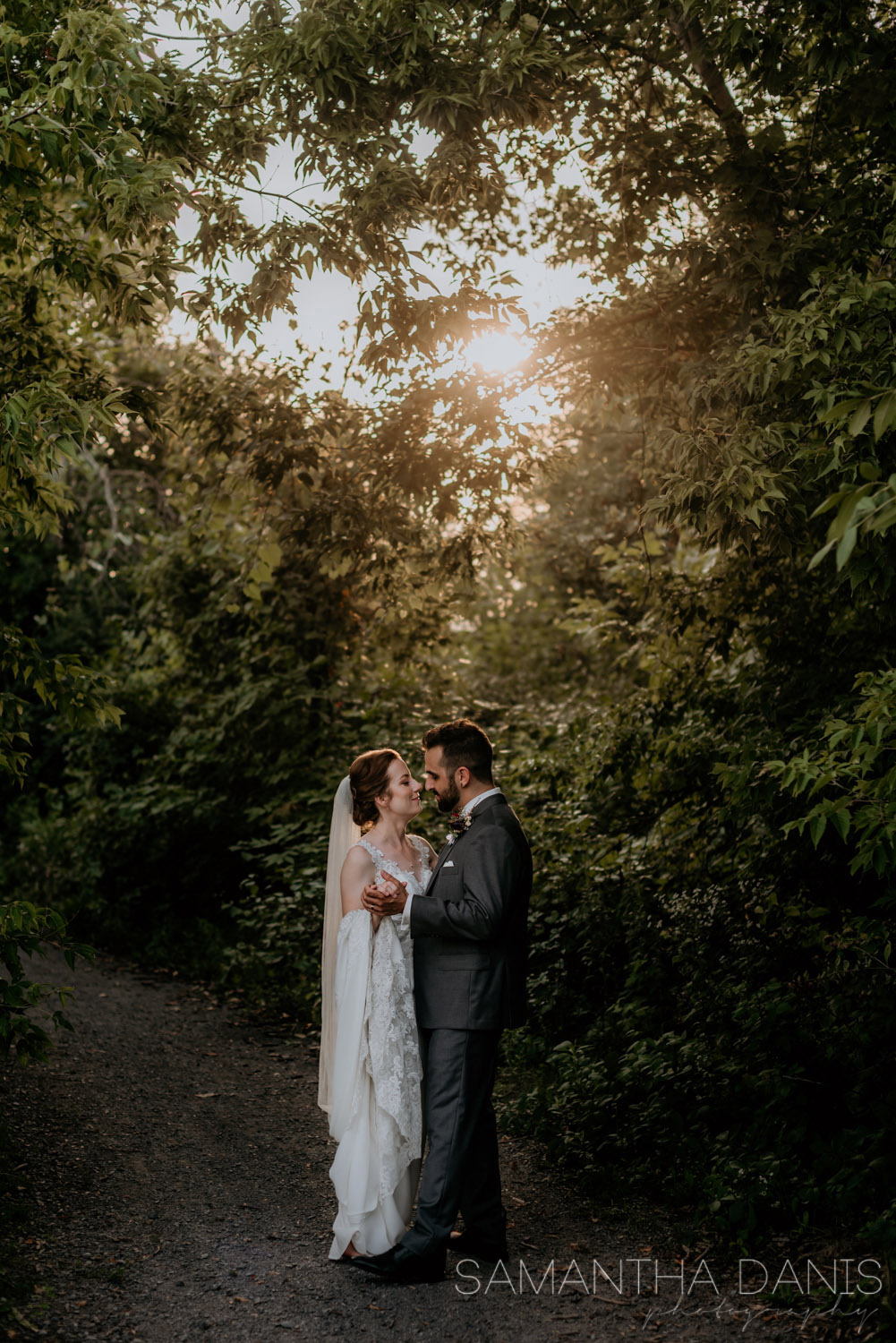 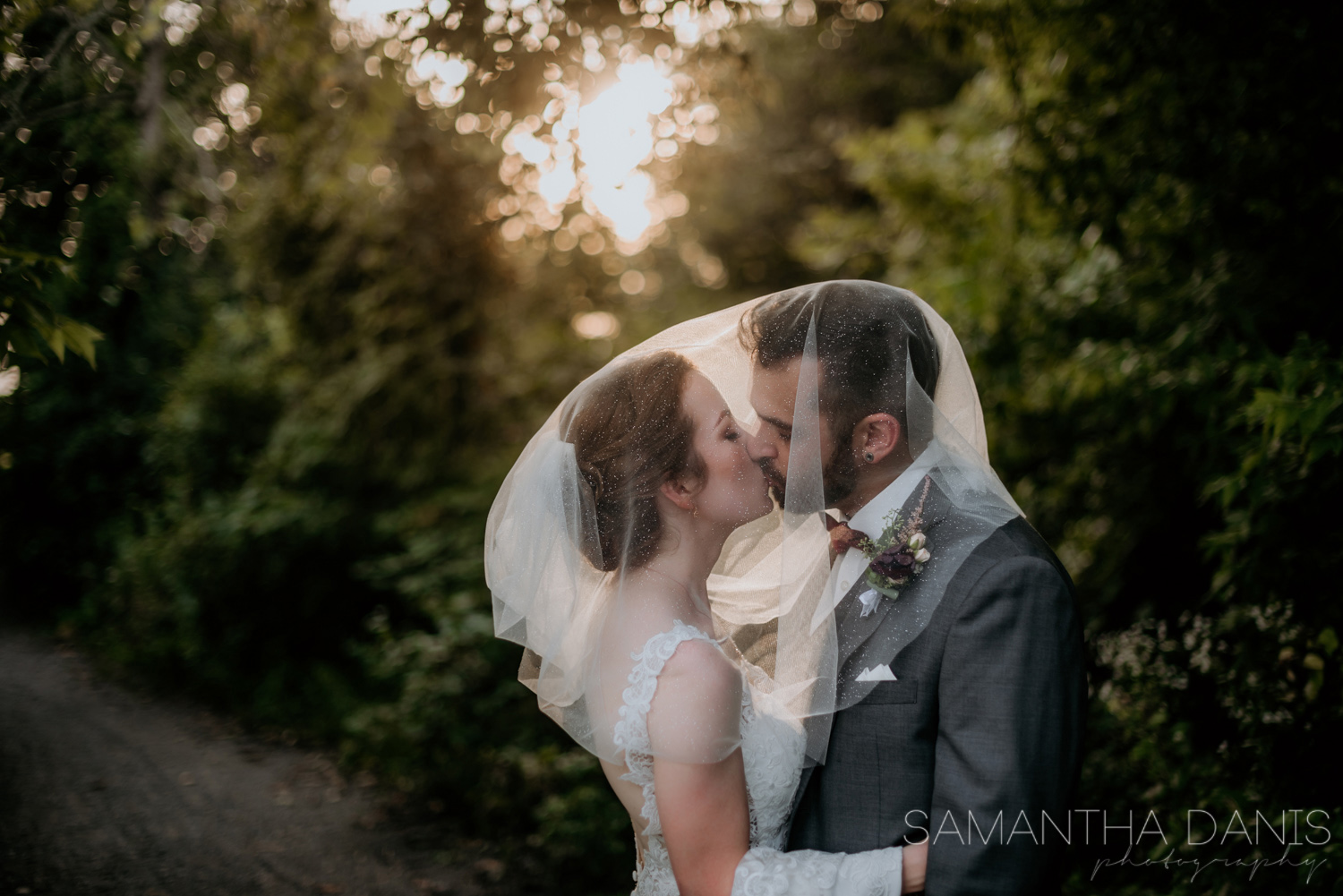 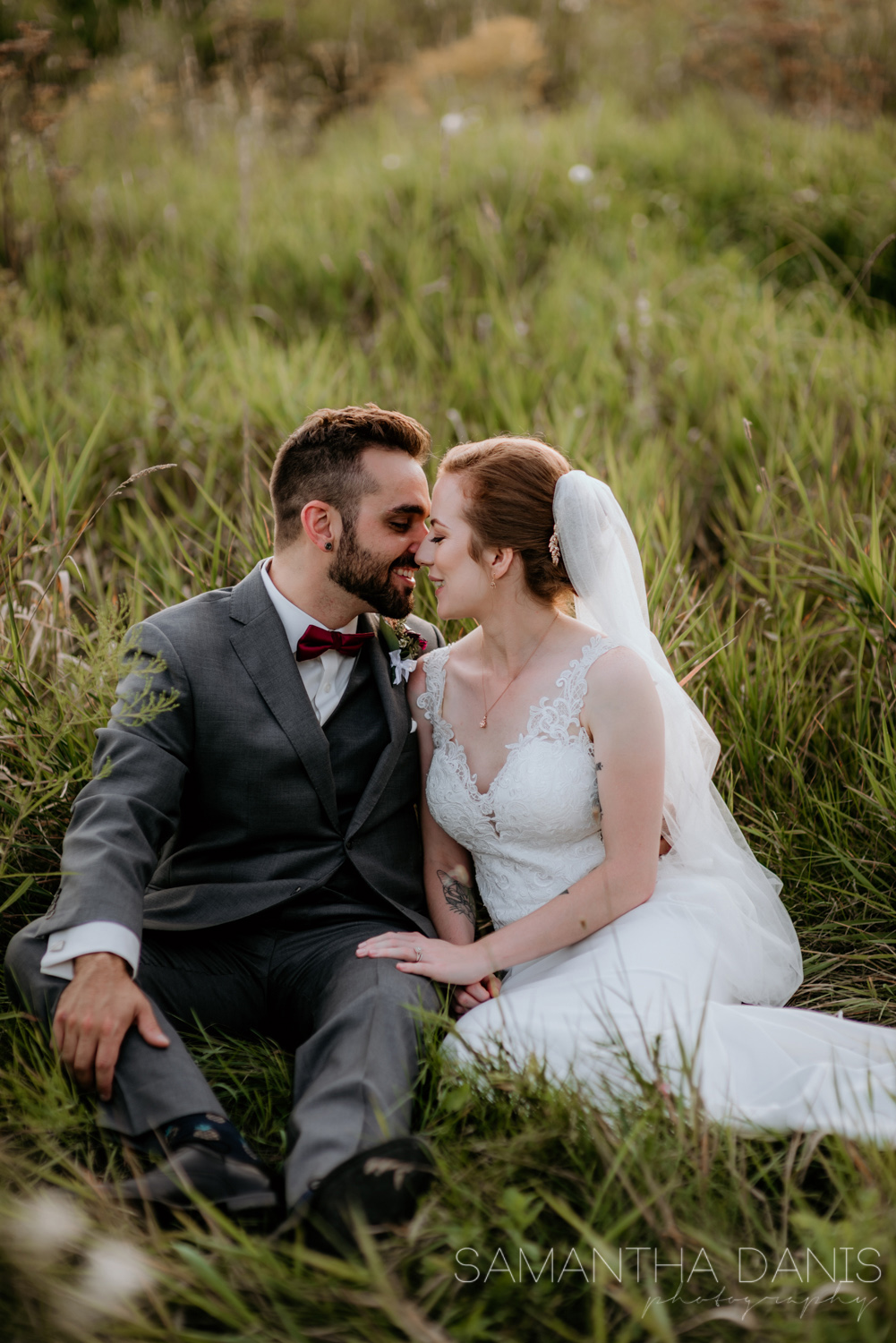 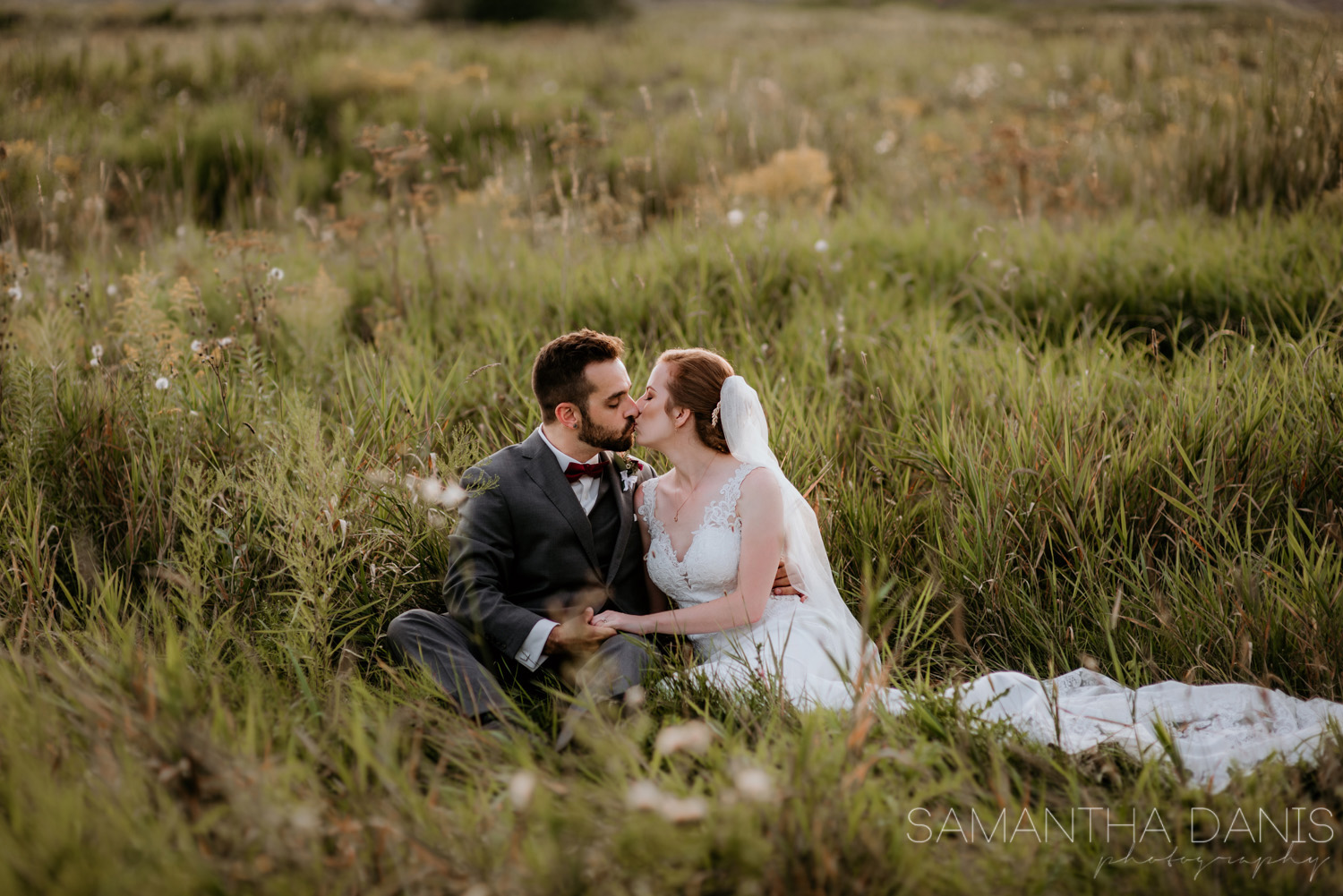 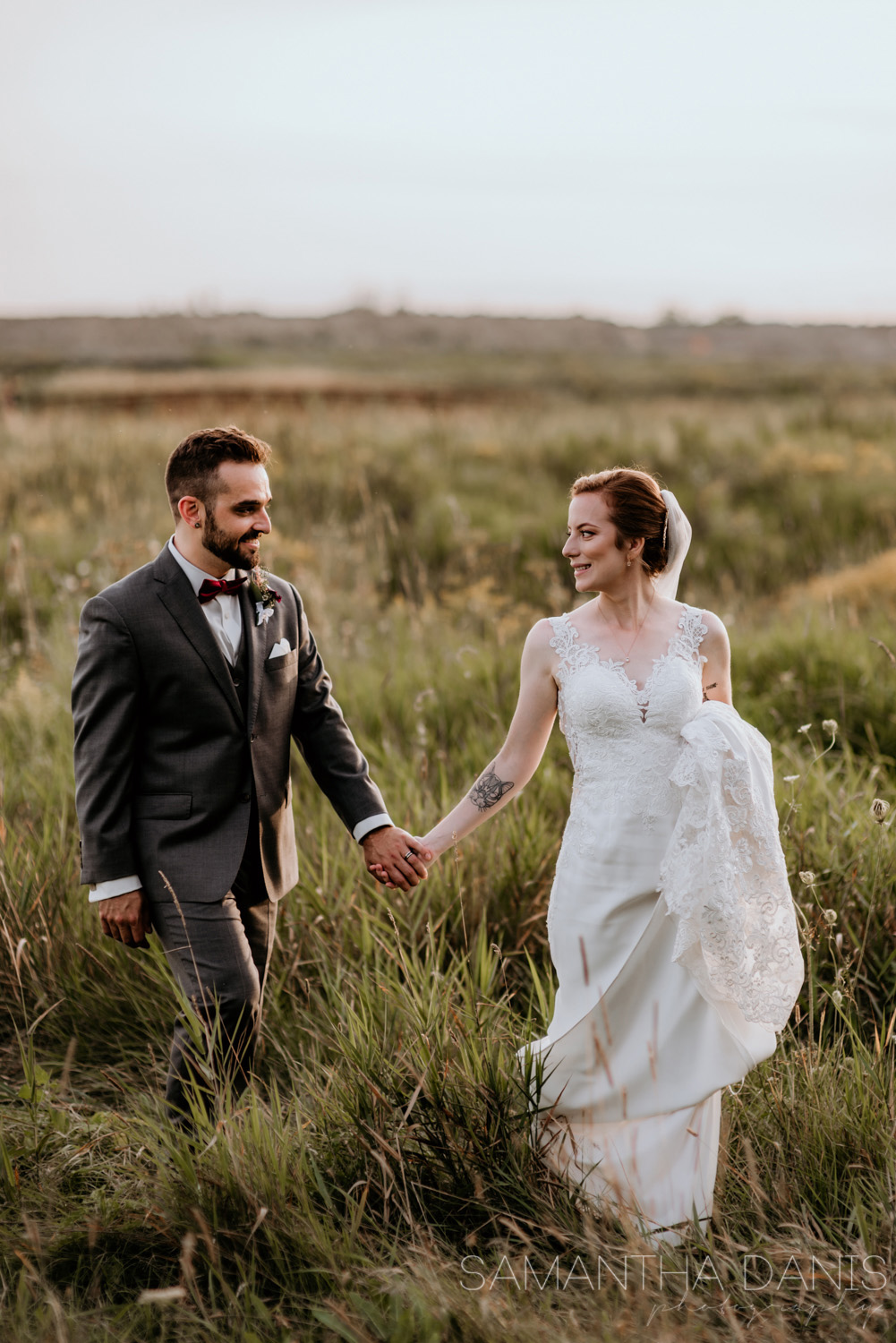 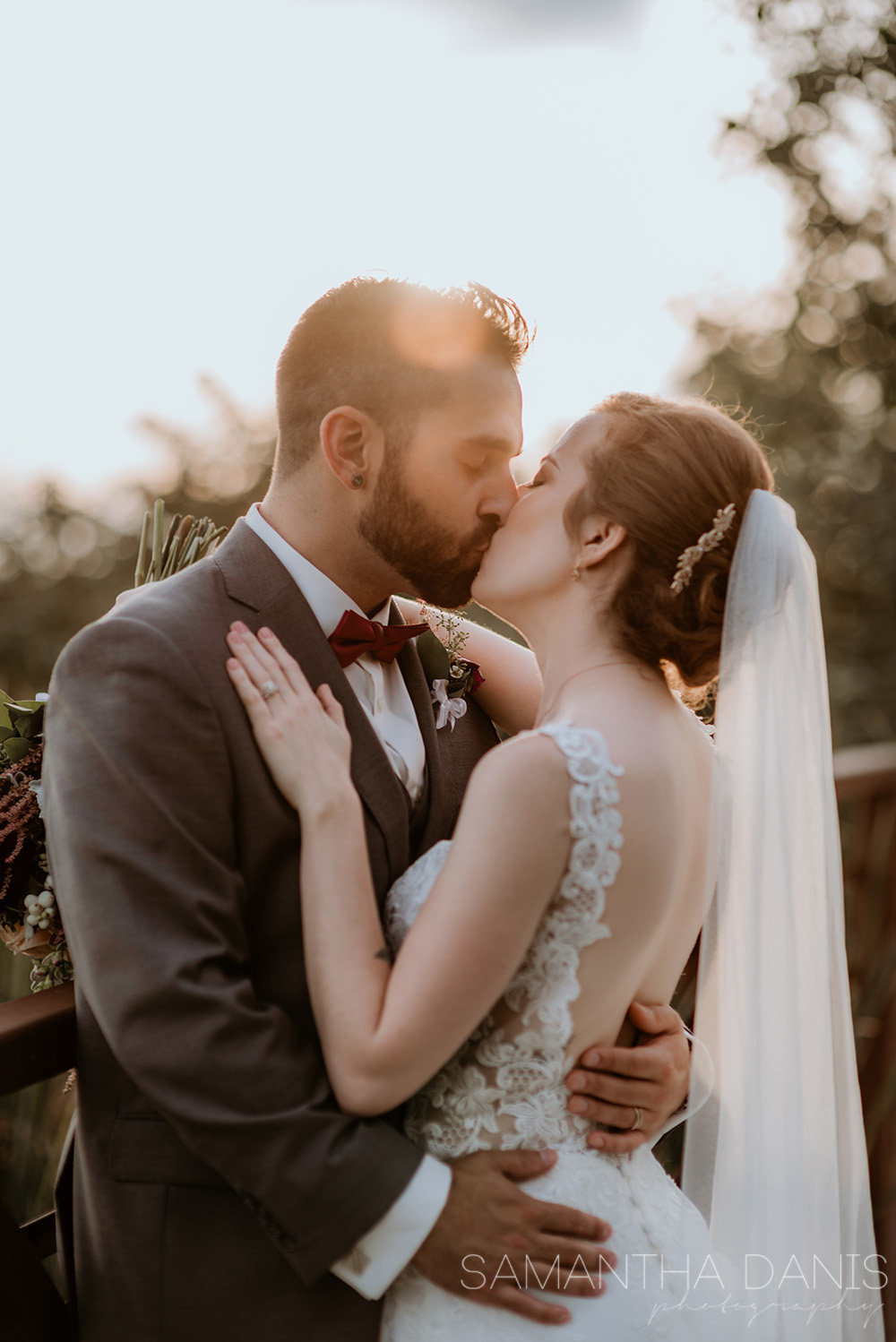 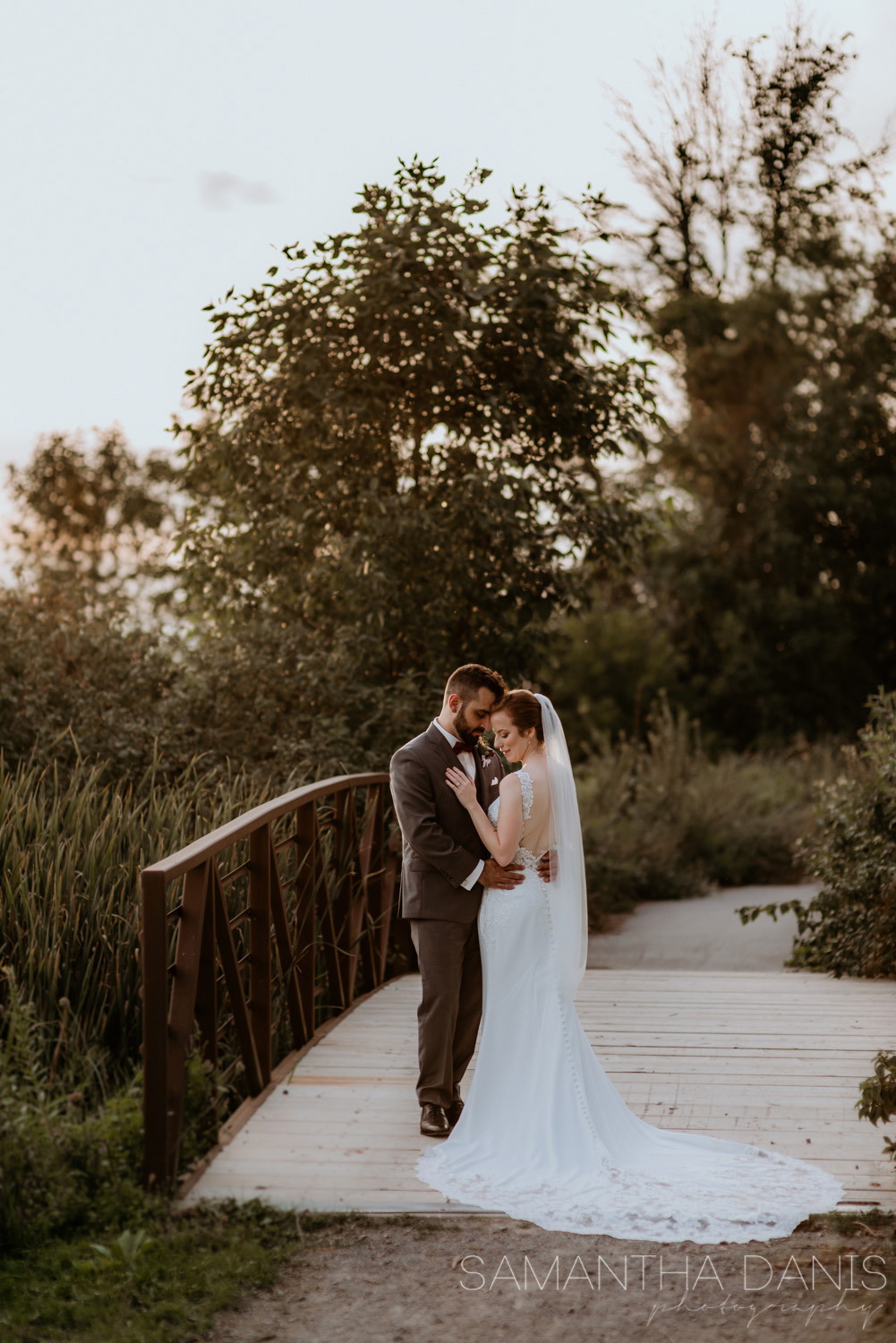 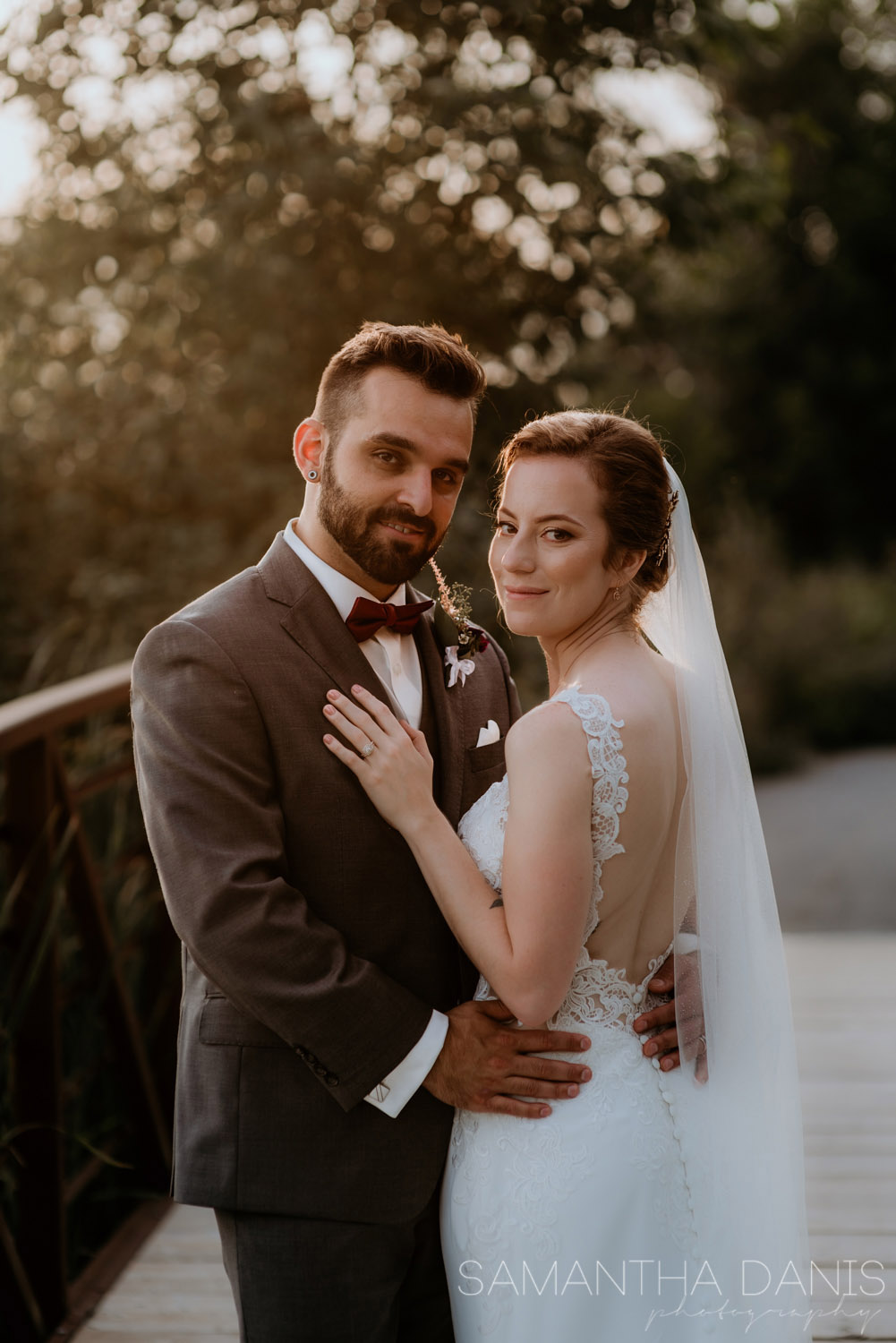 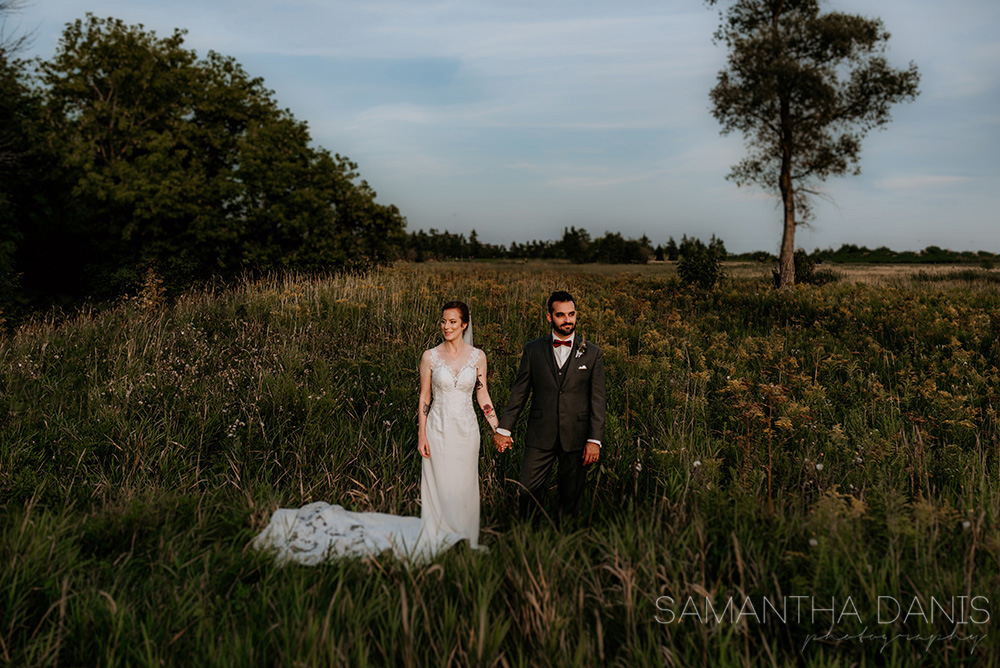 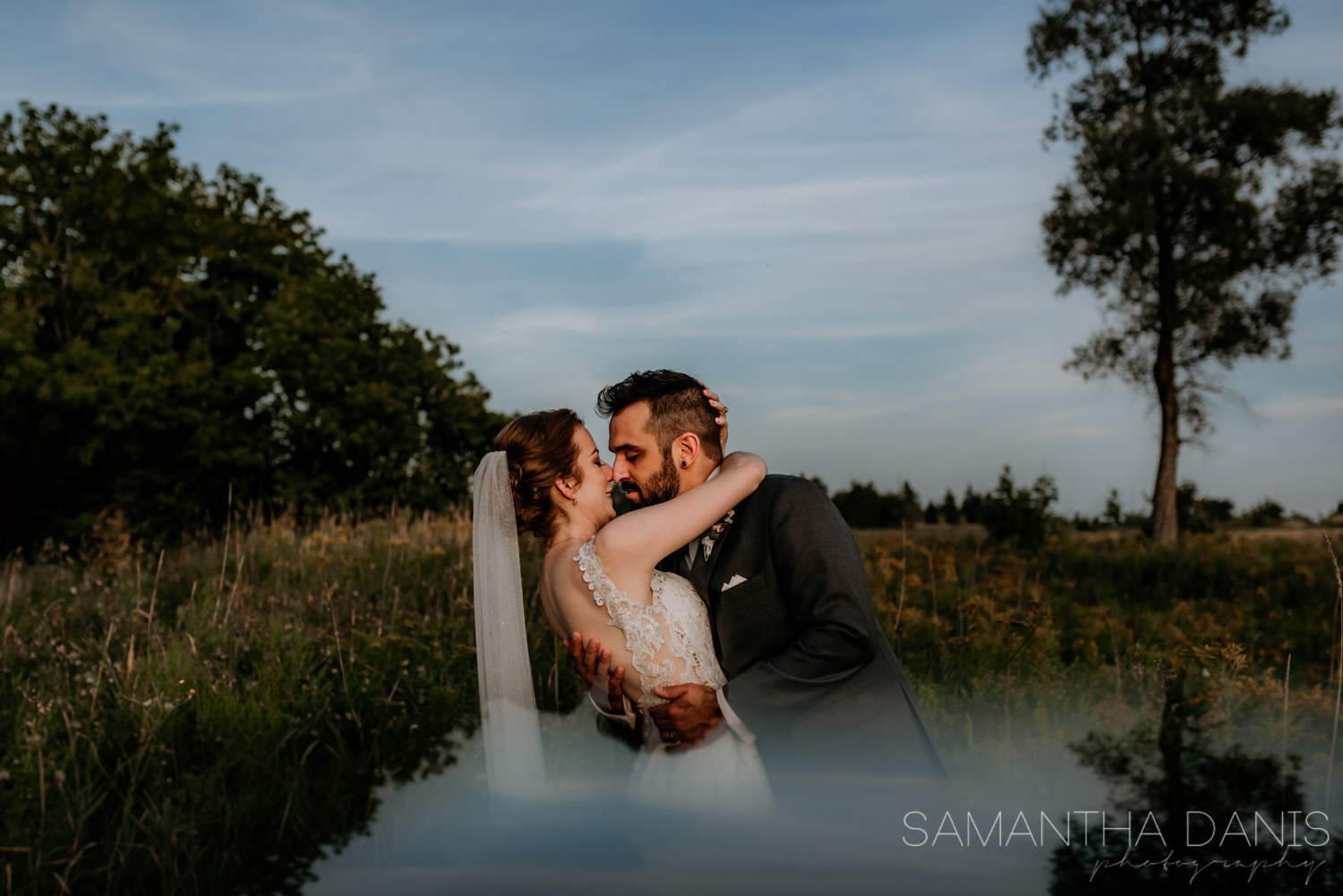 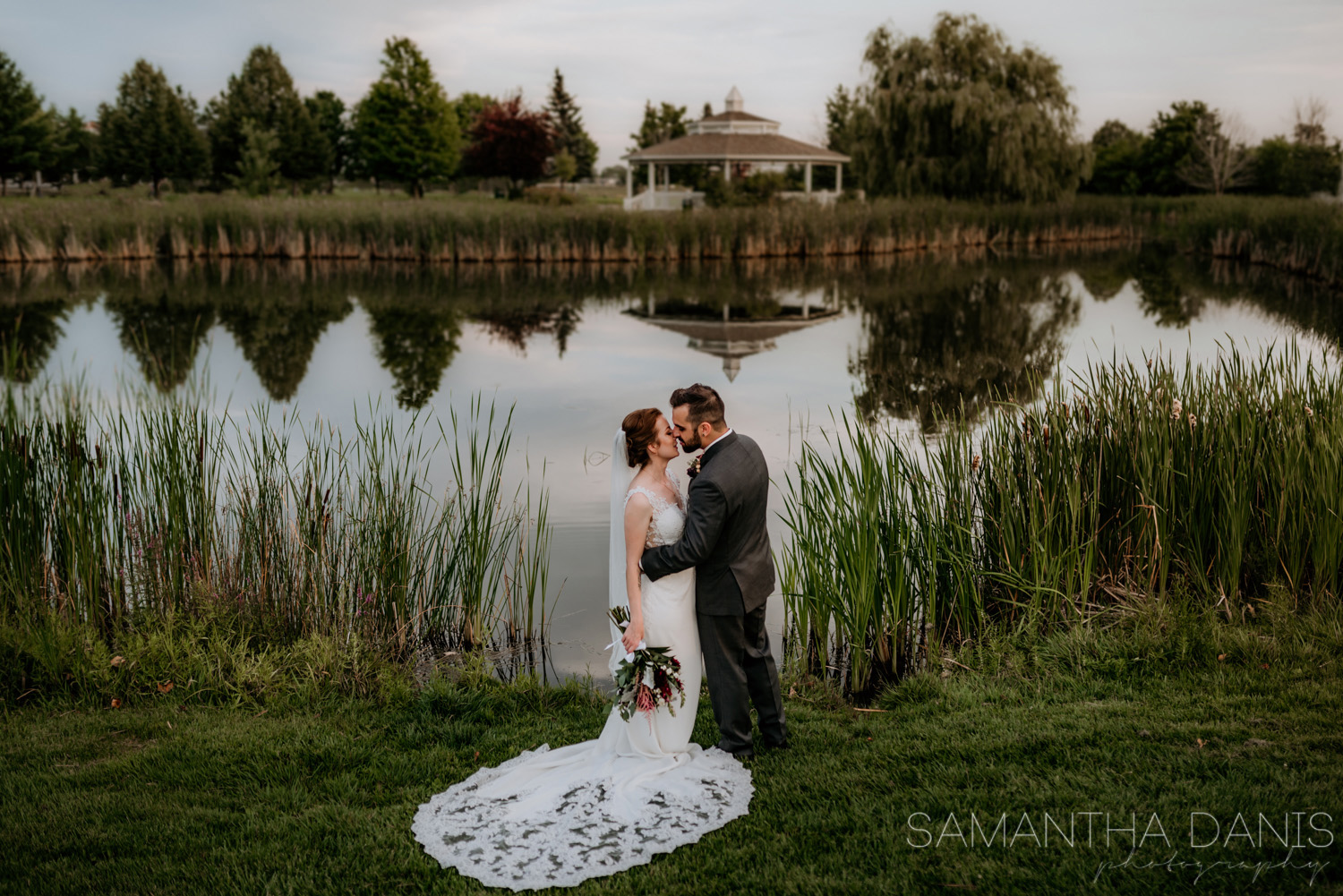 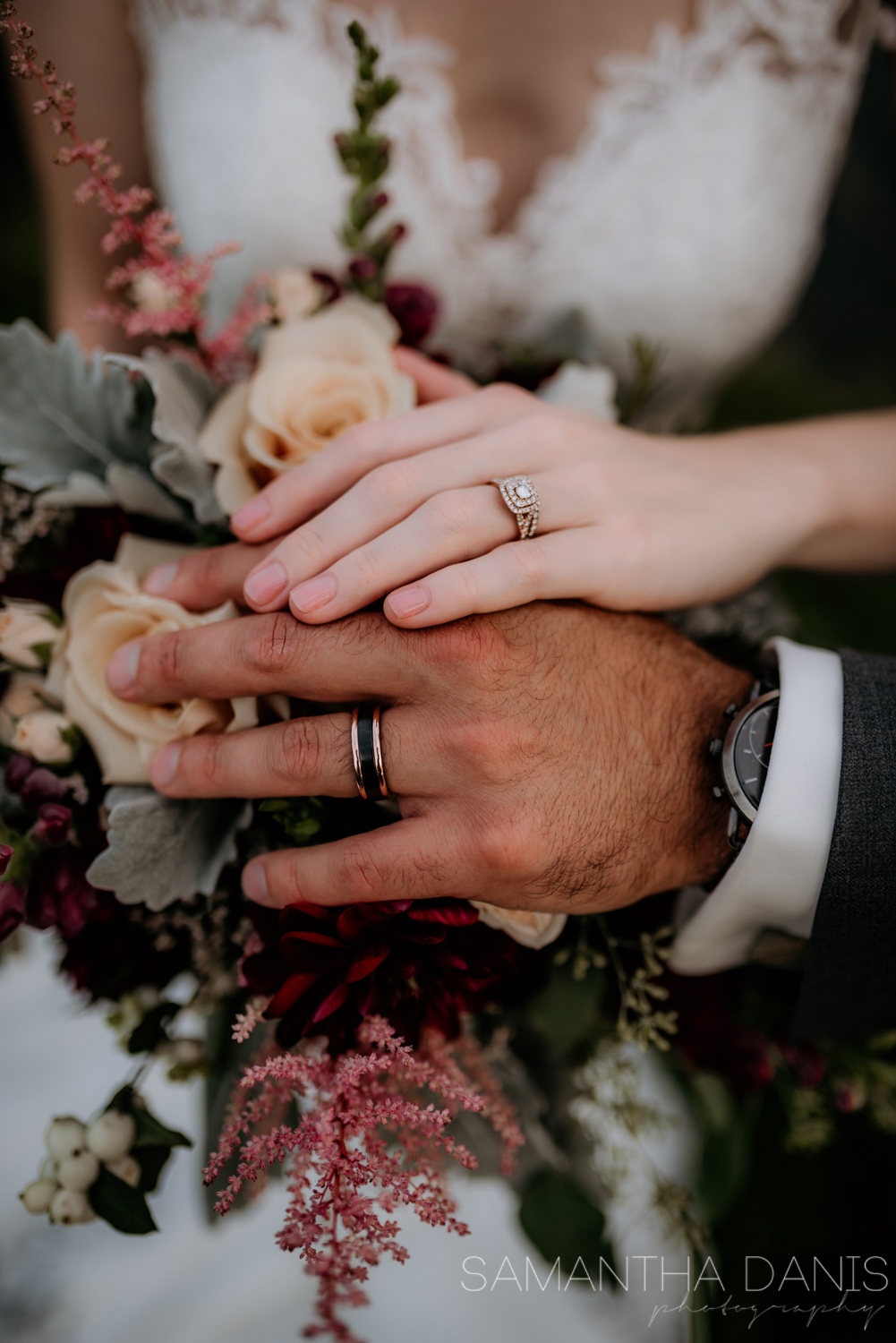