Friday has come and gone and with it so has Wedding season! I ended my 2017 season where I began it, at Bean town Ranch out in Plantagenet. Not only did I end it at one of my favourite venues, but it was an absolutely beautiful day and I had the most relaxed and gorgeous couple in front of my lens. Funny thing is Natalie and Shawn booked me a long ways back and throughout the last year we had discussed doing the engagement session but with Natalie having just had baby Keaton we figured we would wait a bit, you know busy life with a baby! But waiting until a certain season turned into busy lives and next thing we knew it was October 2017 and their wedding was just 3 weeks away! Well guys we made it happen anyways, we did their engagement session on Tuesday, met and chatted about their wedding and on Friday, yes 3days later, it was their wedding day!

I arrived at Bean Town and it was so so sooooo gorgeous out that I couldn’t wait to get started. I met up with Shawn and his guys as we talked and hung out and took a couple shots by the lake. And not soon after they arrived, Natalie and her girls arrived so I was off to find them. I arrived in the bridal suite to find Natalie in leggings, a cute top, plaid over shirt and a beer in hand, yes my gorgeous bride was hanging out like it was any other day and I loved it. I went out for some detail shots of her insanely beautiful dress, stunning sapphire jewelry set, Canadian Plaid Knot Scarf and obviously their rings. It wasn’t long until it was time to get the party started and get these two married. With a quick Shot (yes a liquor shot, YAY BEANTOWN) it was time to head off to the barn. 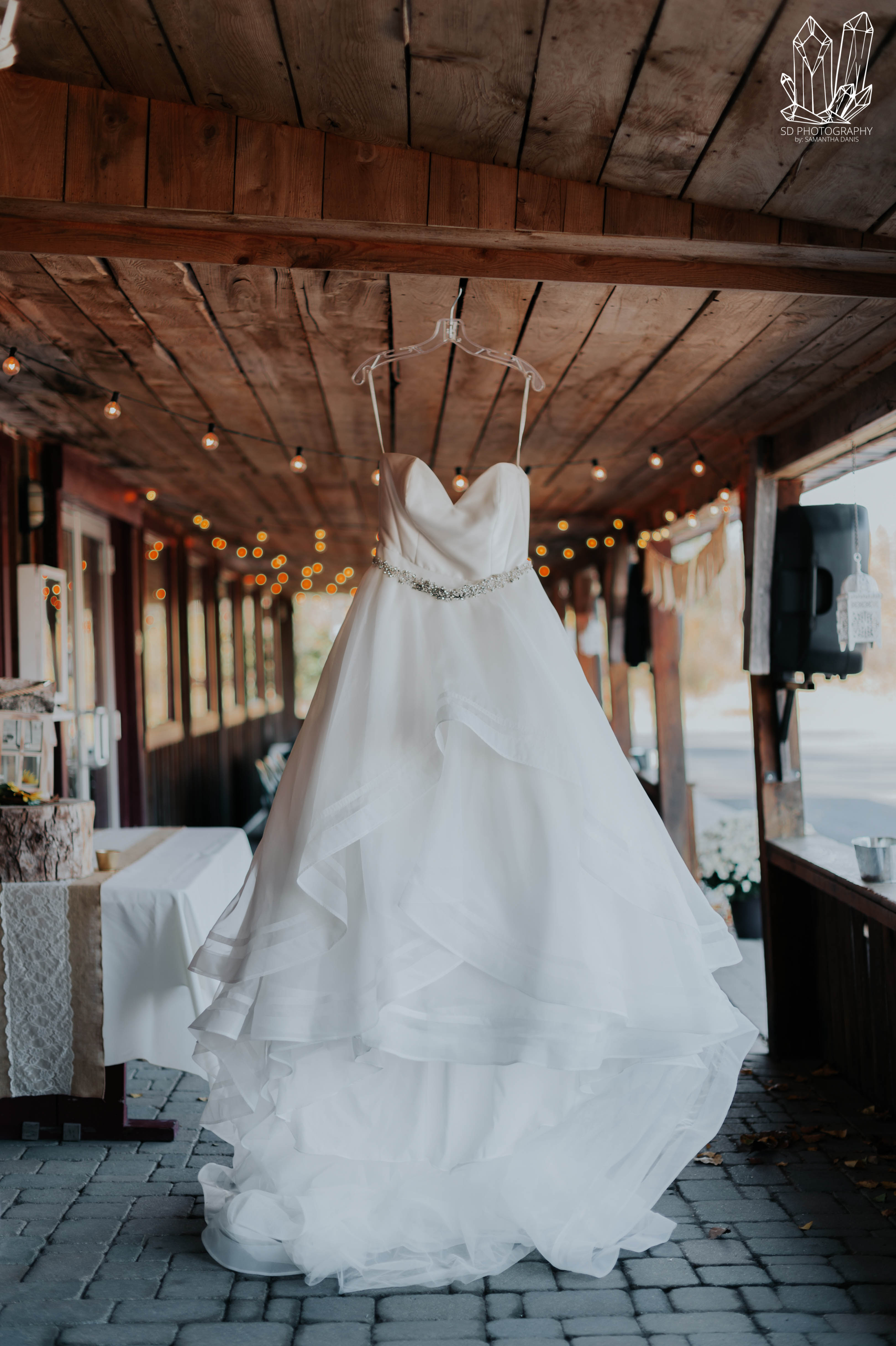 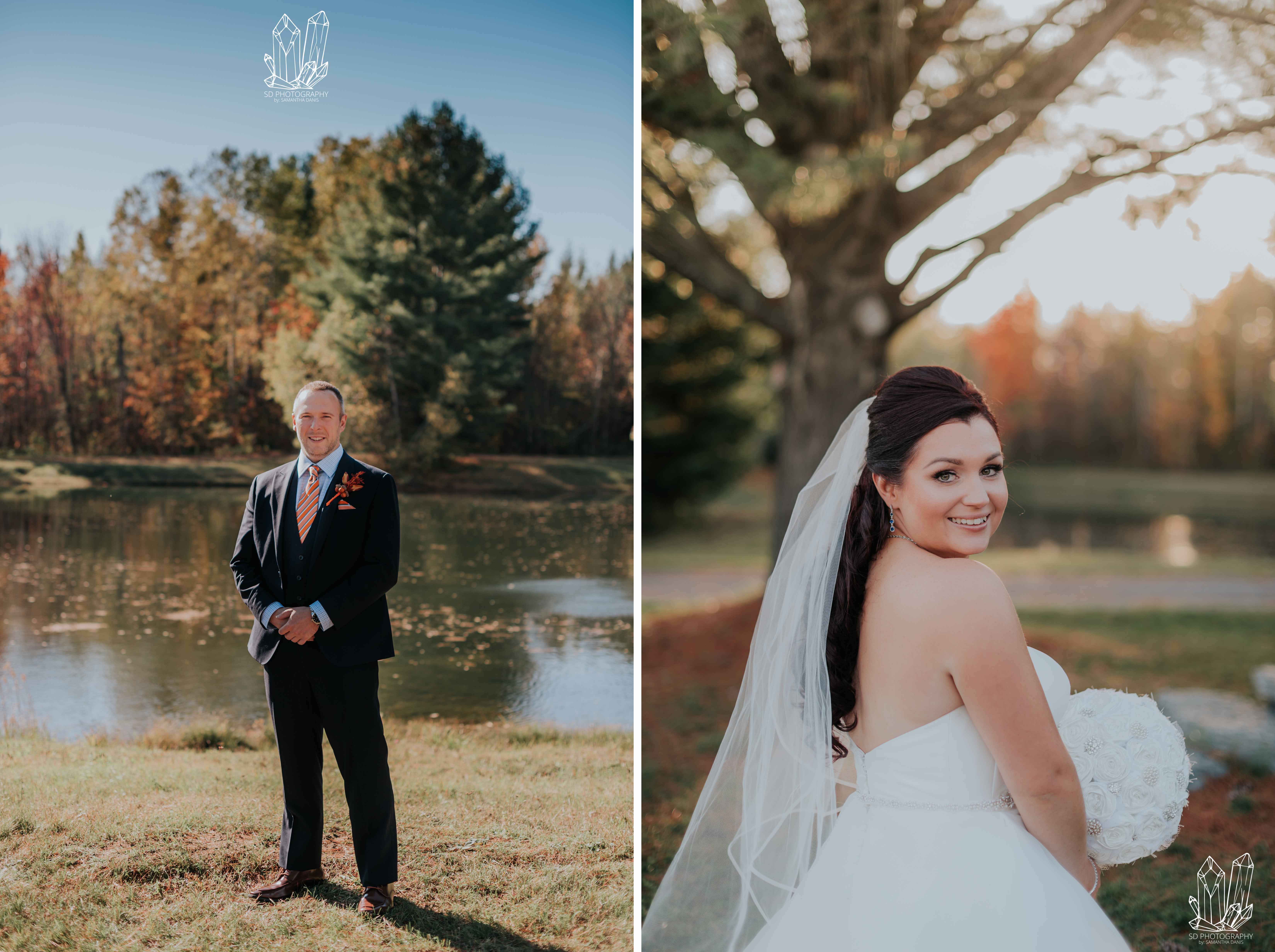 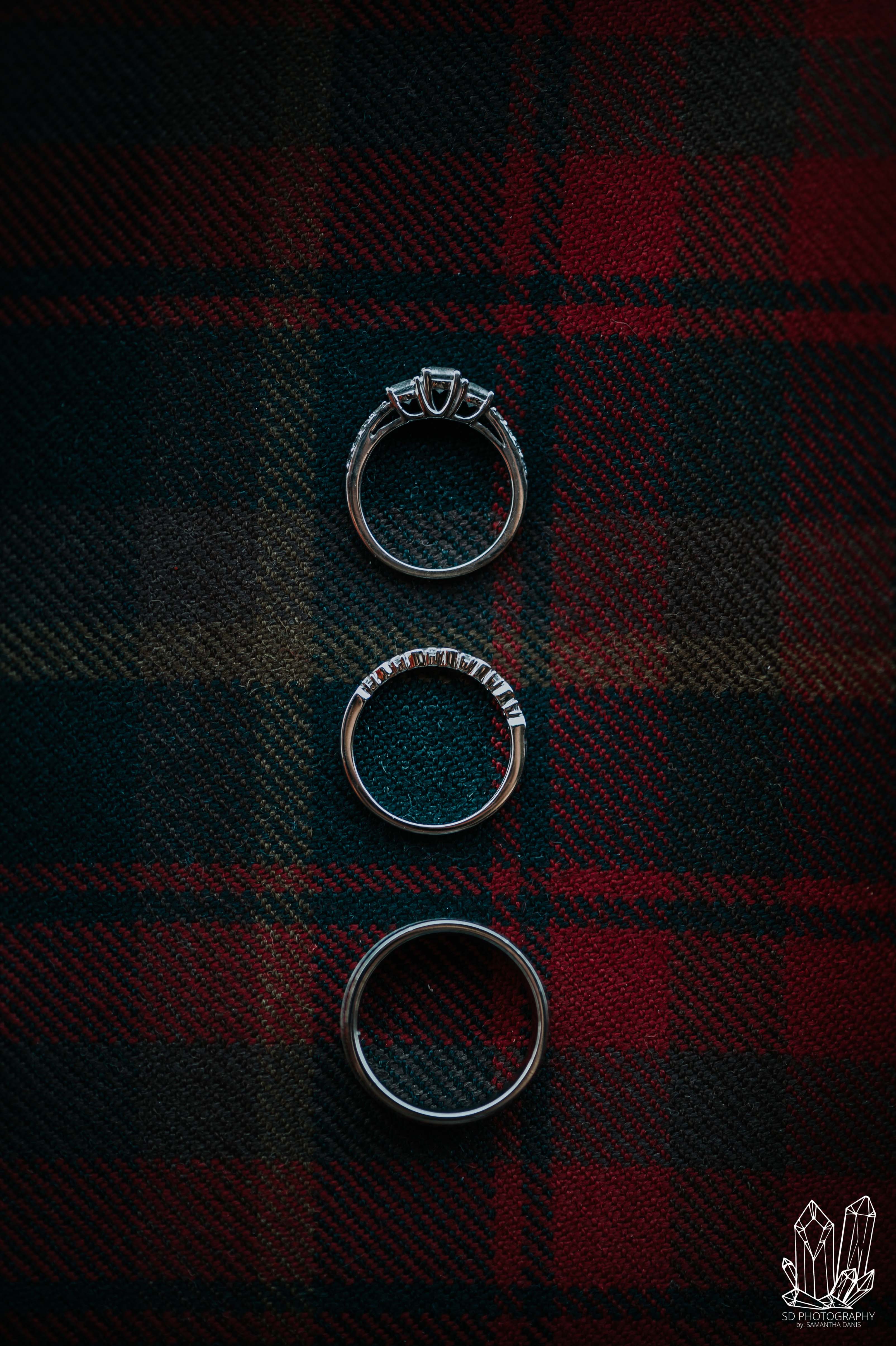 Natalie walked down the aisle to an acoustic version of a Foo Fighters song, which I can’t remember for the life of me even though I love them, but it was so perfect and fitting for these two. She also didn’t hold it together for very long, seconds within being in front of Shawn and his big grin, she was a in a fit of tears. They had a beautiful ceremony filled with personal words including their vows which made absolutely everyone in the room cry, I have proof of this but I think the best tears were from Christopher, Shawn’s brother and best man. His emotions were so raw as he watched his big brother marry the woman of his dreams, he even made me tear up a bit. As they tied the know into their ceremonial scarf and recited their personal and traditional vows, I couldn’t help but just watch them and smile. All weddings are genuine and beautiful but this, this felt so different, it’s like i could feel their love escaping their bodies and becoming a whole, two souls becoming one. It was beautiful. After their epic kiss they made their way down the aisle as husband and wife with petals falling from the ceiling which Natalie wasn’t expecting so she ducked and looked back wondering what it was which made her and Shawn laugh. What a perfect way to end a ceremony, oh and don’t forget our wonderful group shot from the second floor balcony! 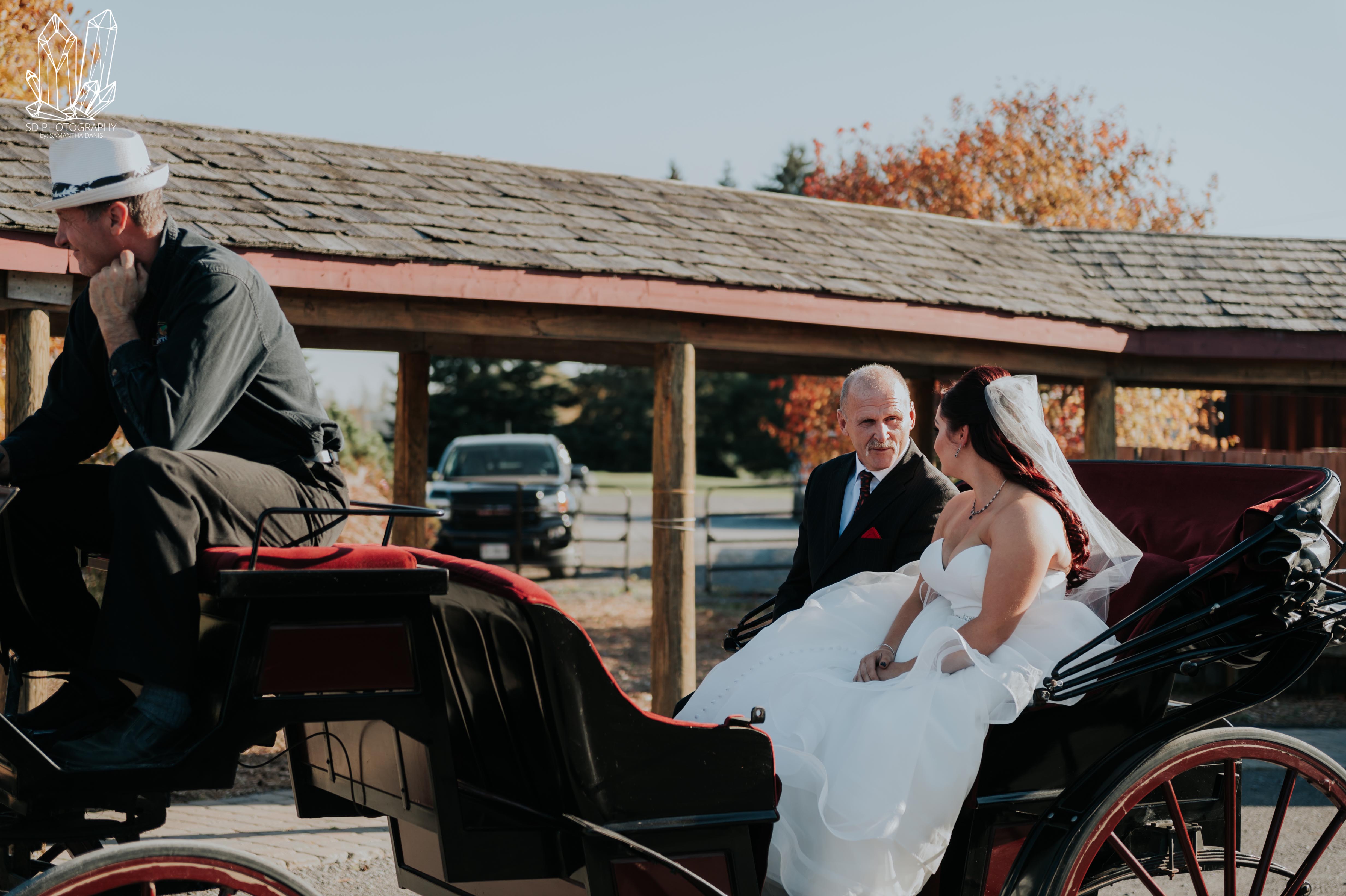 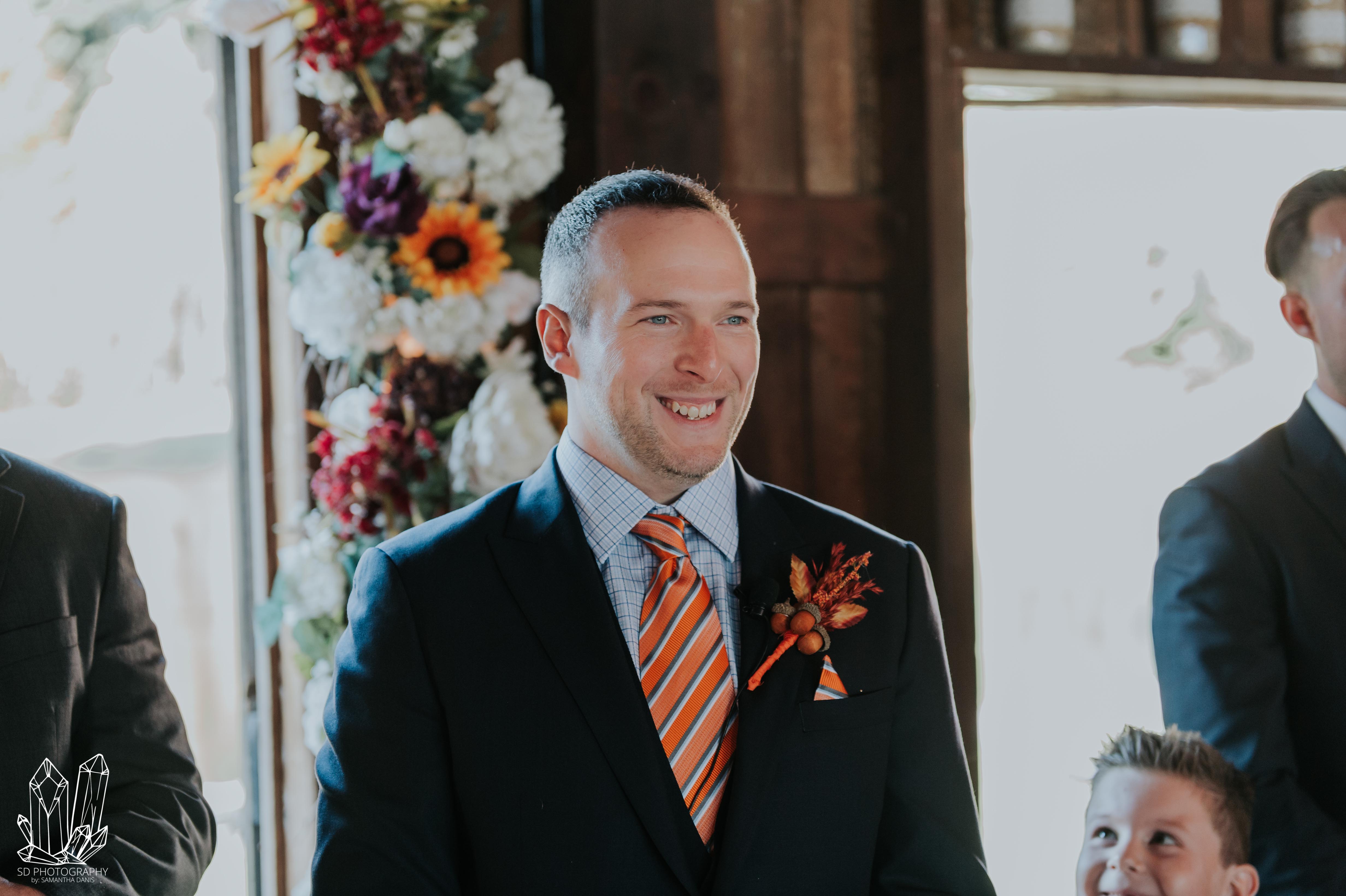 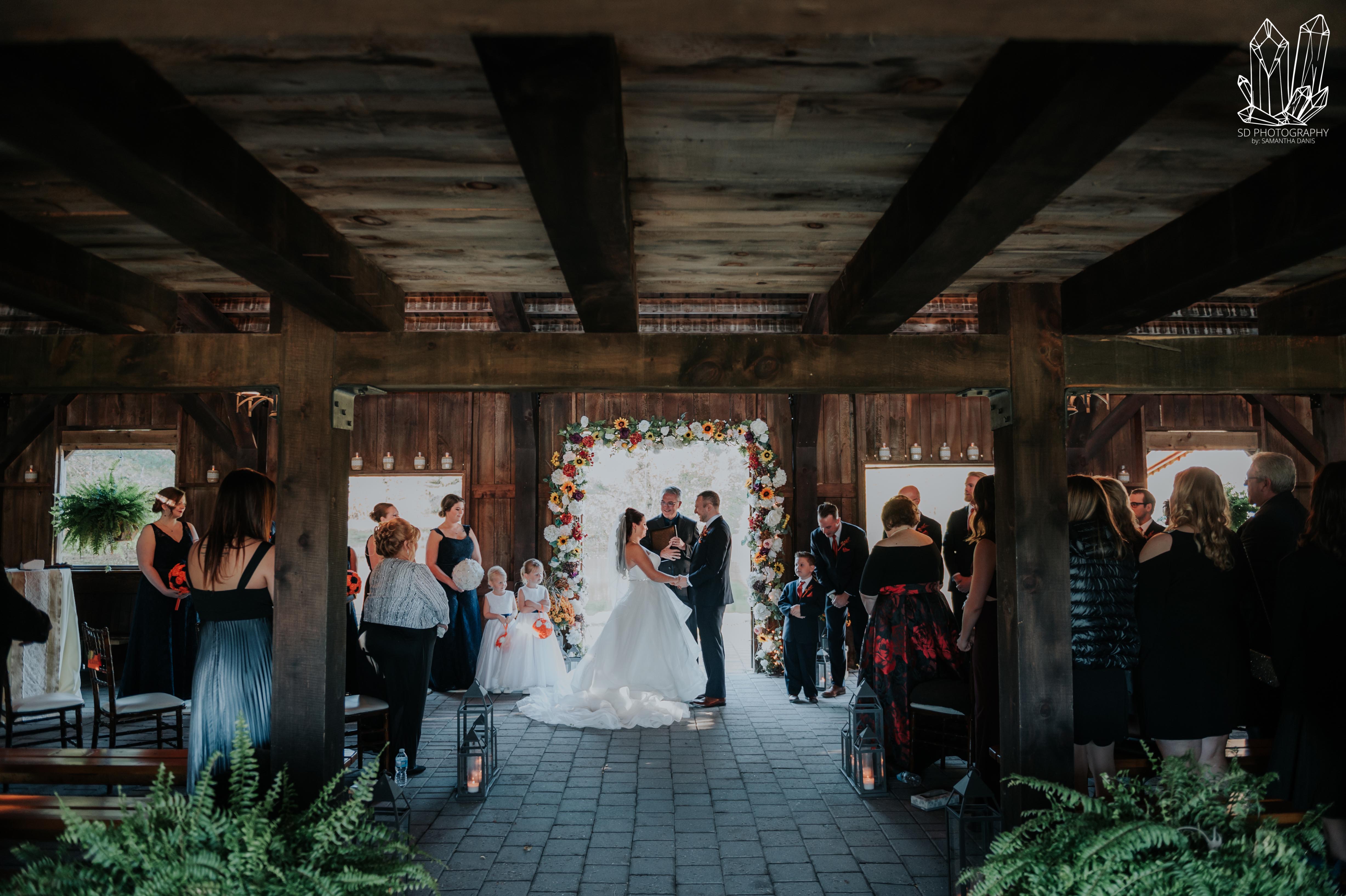 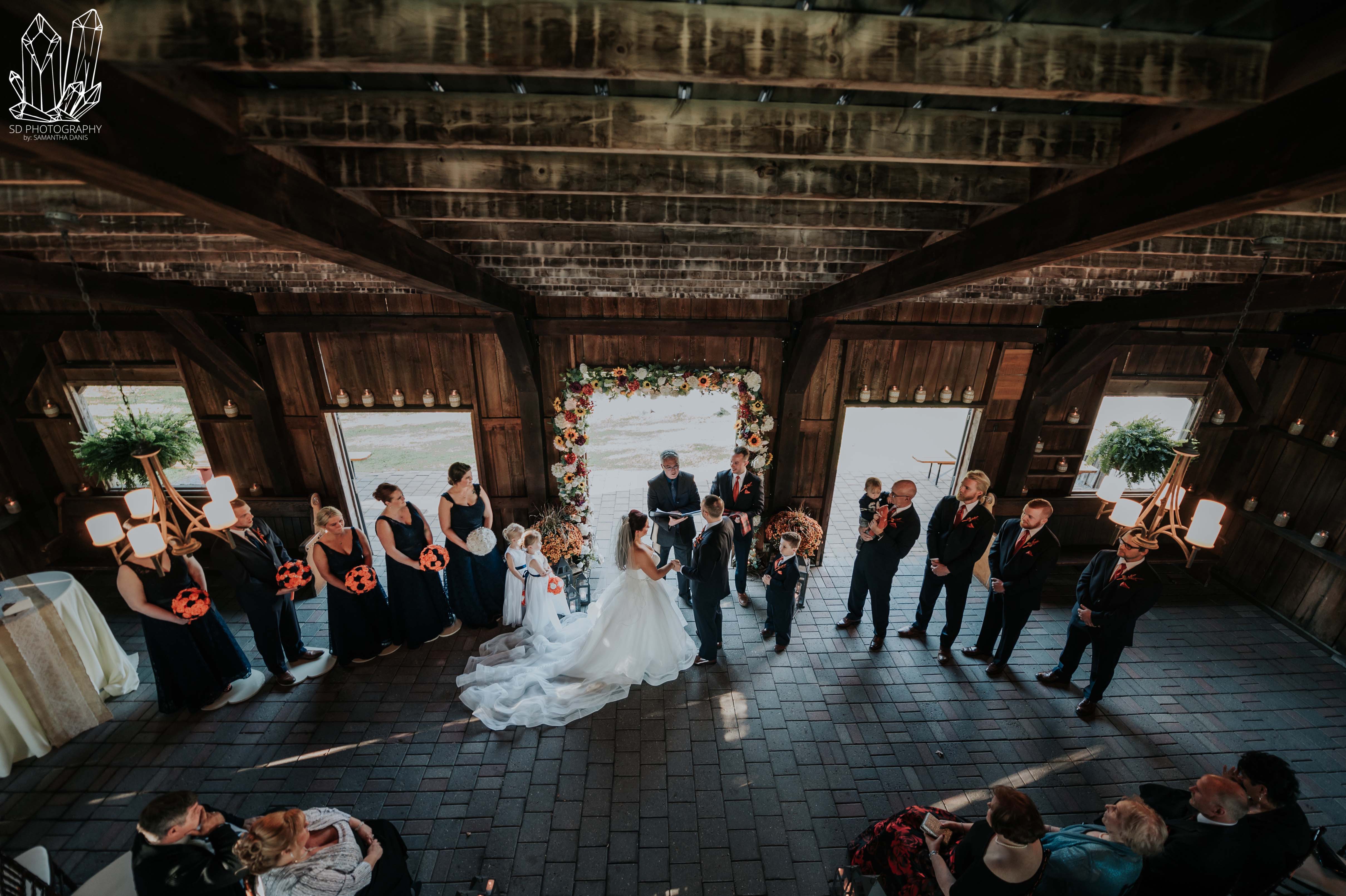 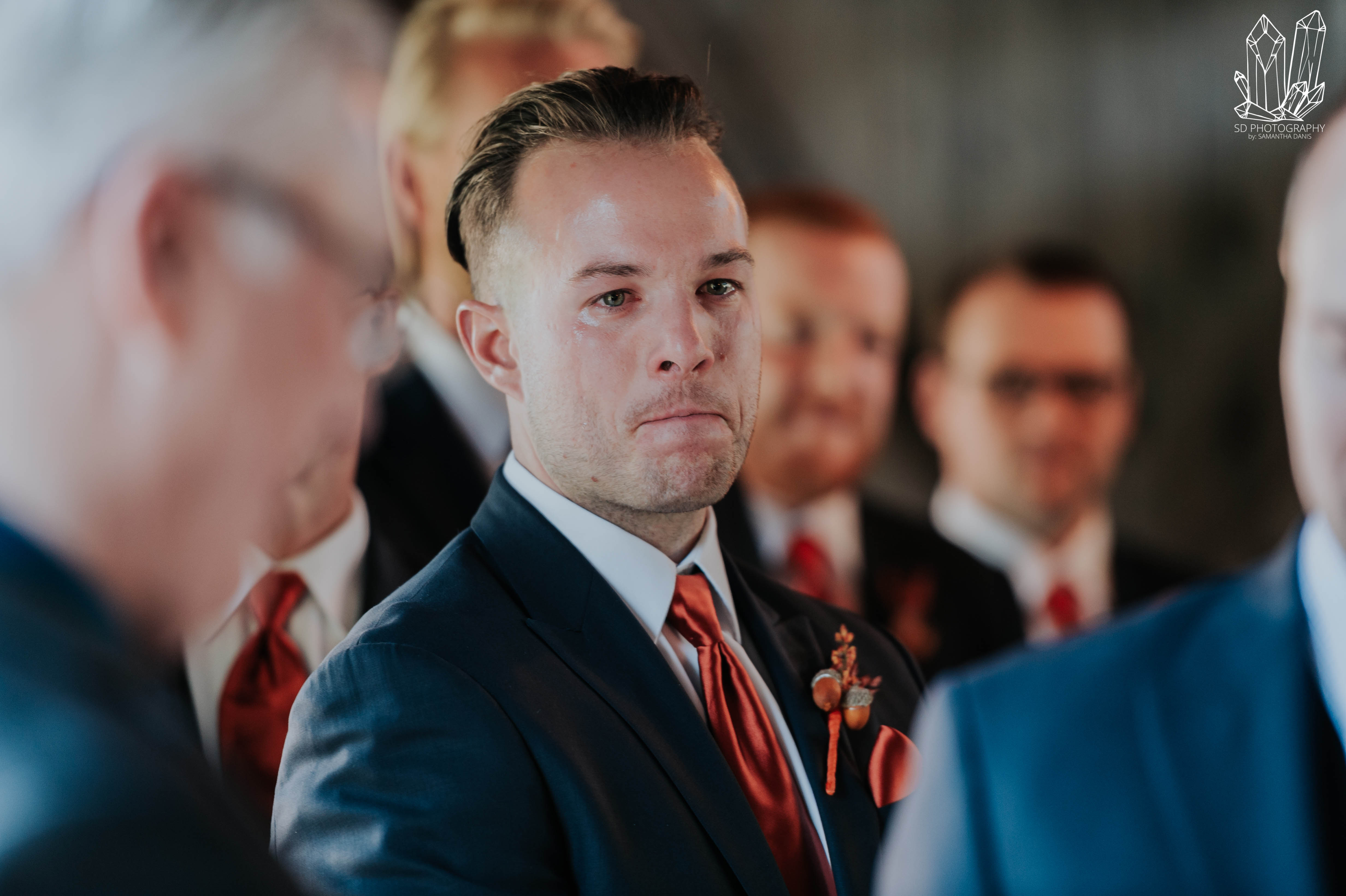 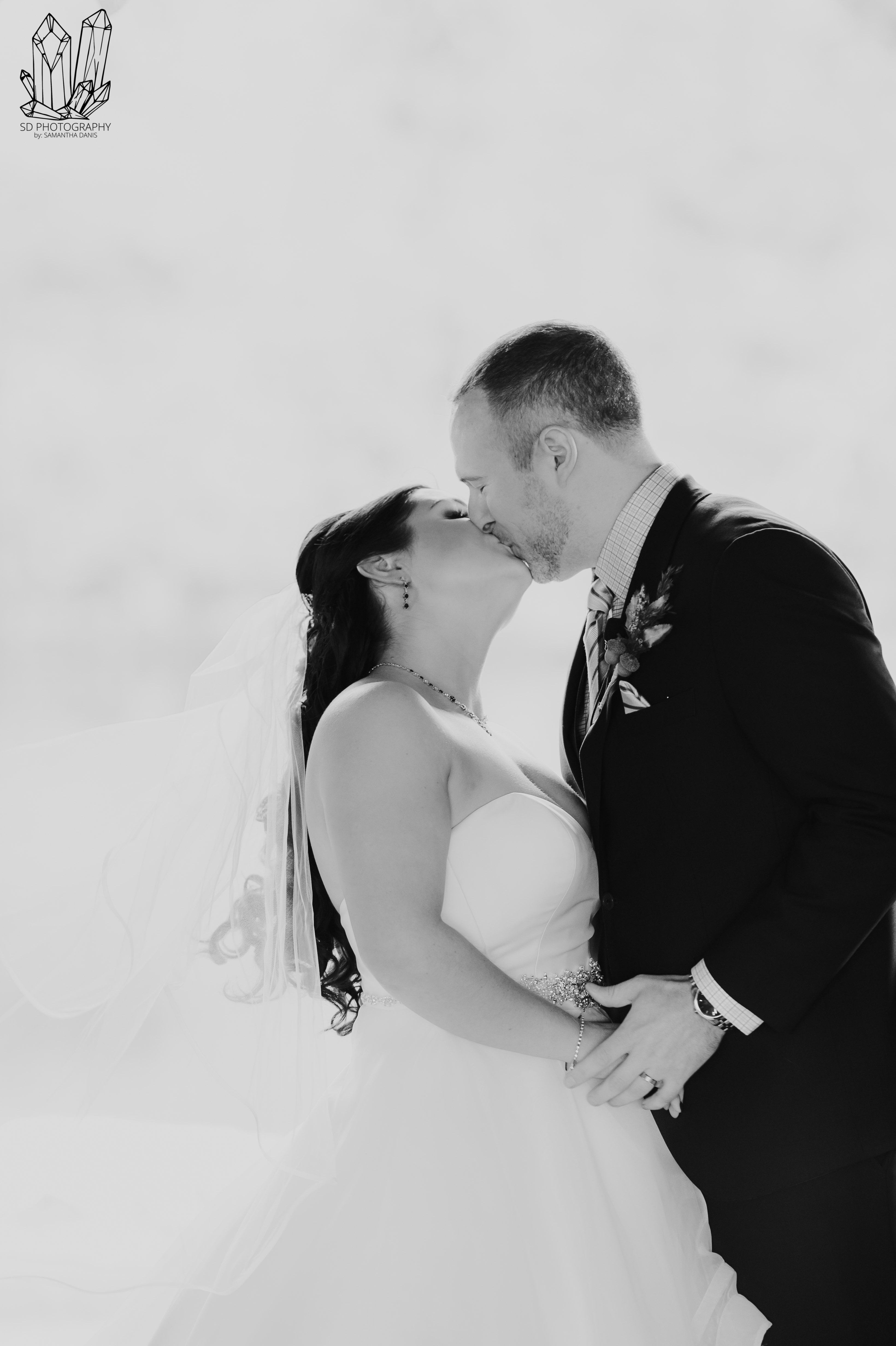 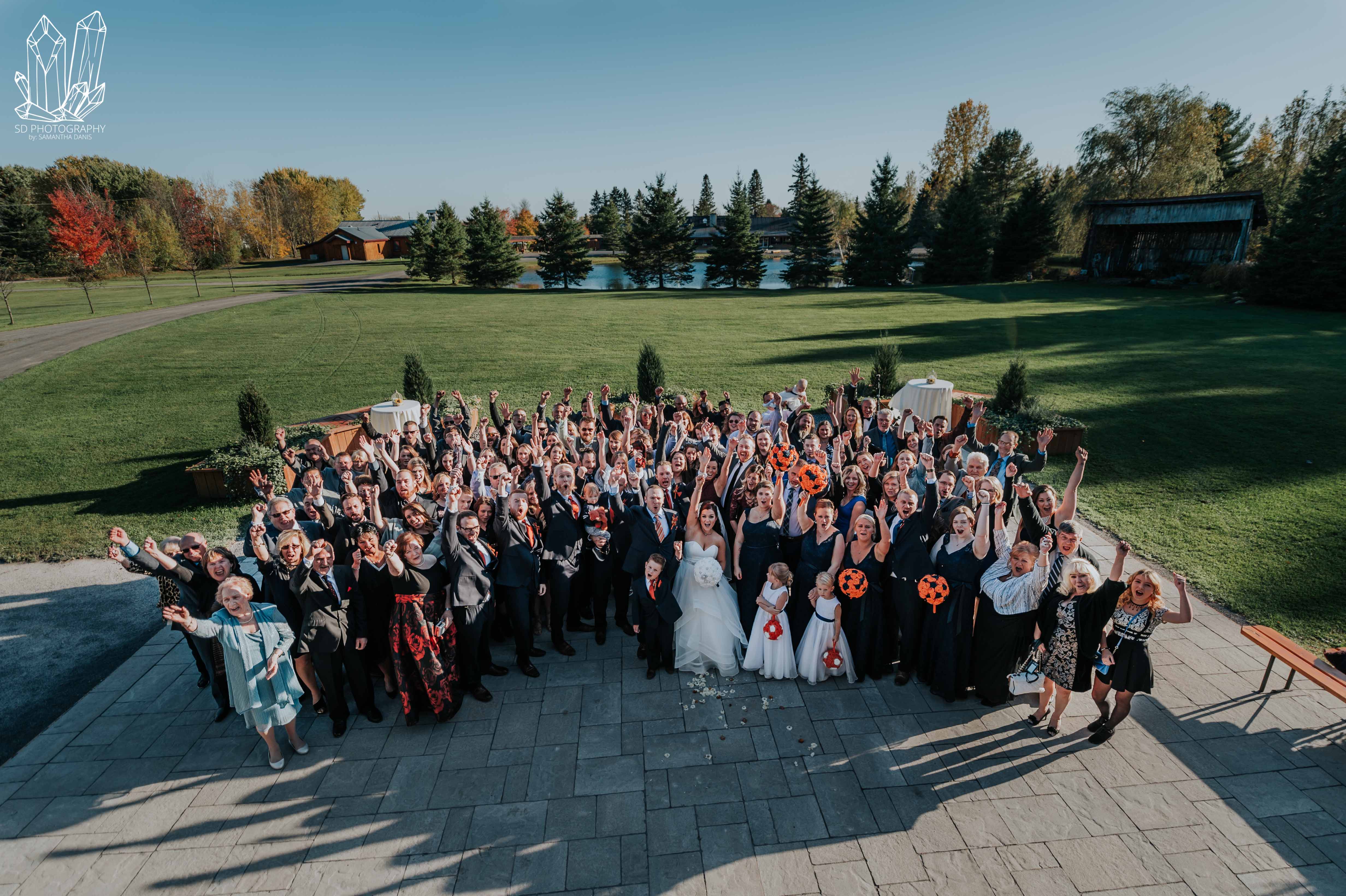 After doing some lovely family photos by the outdoor ceremony site I stole the wedding party away for some traditional and fun photos while the sun was still high enough in the sky to give us some awesome lighting. It was casual and quick but the best part had to be our jumping shot. We had rocks to jump off of and some guys very much willing to high five each other while a mile high in the air. But what surprised me most was Natalie. I told her she could stay down with Shawn and just be cute and kiss but she was all like ”Nuh Uh. I’m wearing sneakers for a reason”, well this was her reason. She just knew she’d be jumping up a storm with me so she came prepared in her sneakers and her massive dress but girl got air as you can see below! After telling the party they could go have some more drinks, I and Pascale(the best human at Bean town Ever, I love you too Danyka) drove around the venue property and led our couple into the woods, by the lake, in an apple orchard, on a branch and lastly by an outdoor fire pit with their favourite thing ever, beer. After our session Tuesday I was pleased to say that these two remembered directions every well and were pretty much pros in front of the camera by the end of it, so much so that I think they got annoyed by my enthusiasm of wanting more photos haha. And just like that, the sun was gone and it was time for some delicious dinner. 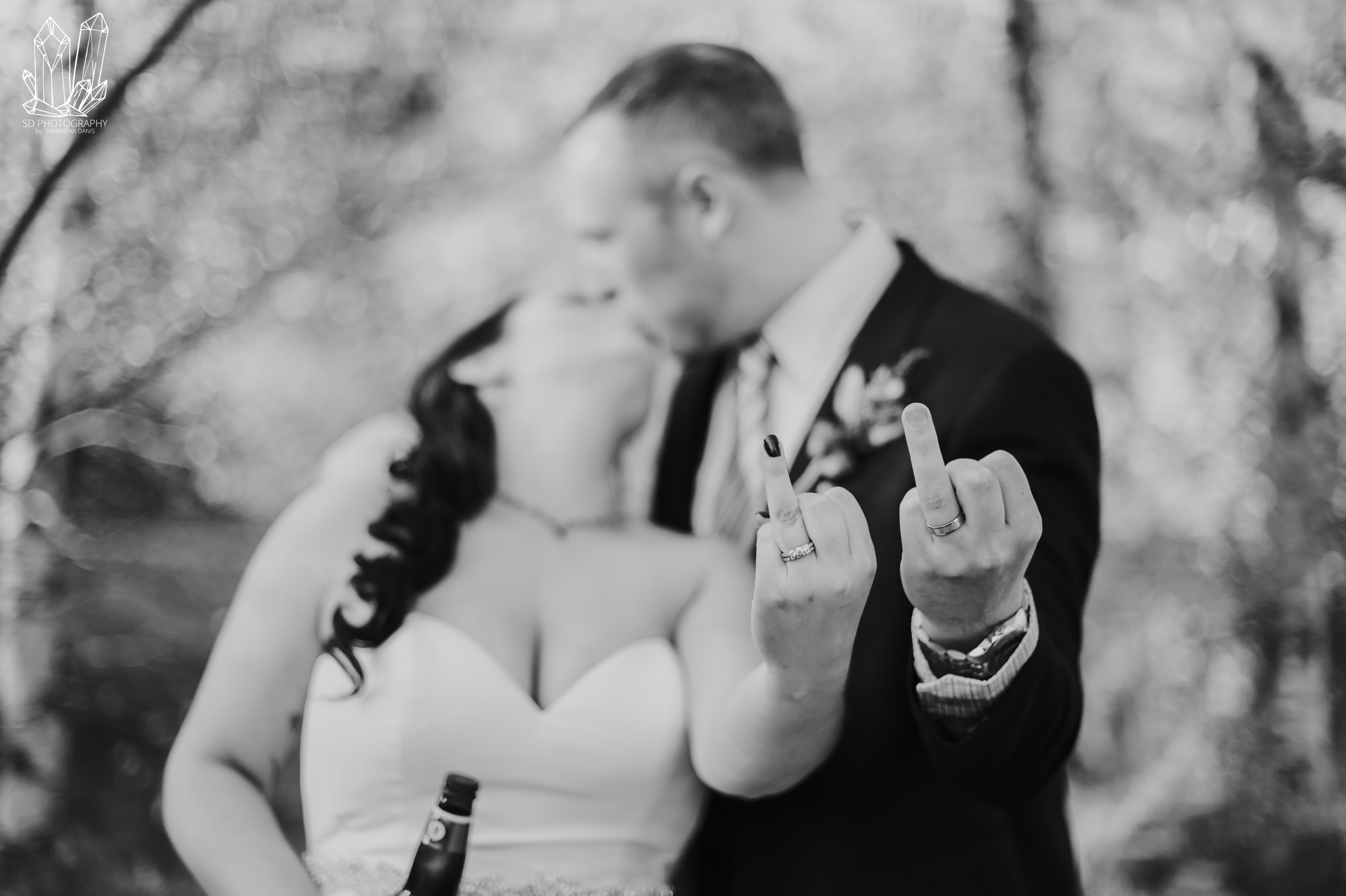 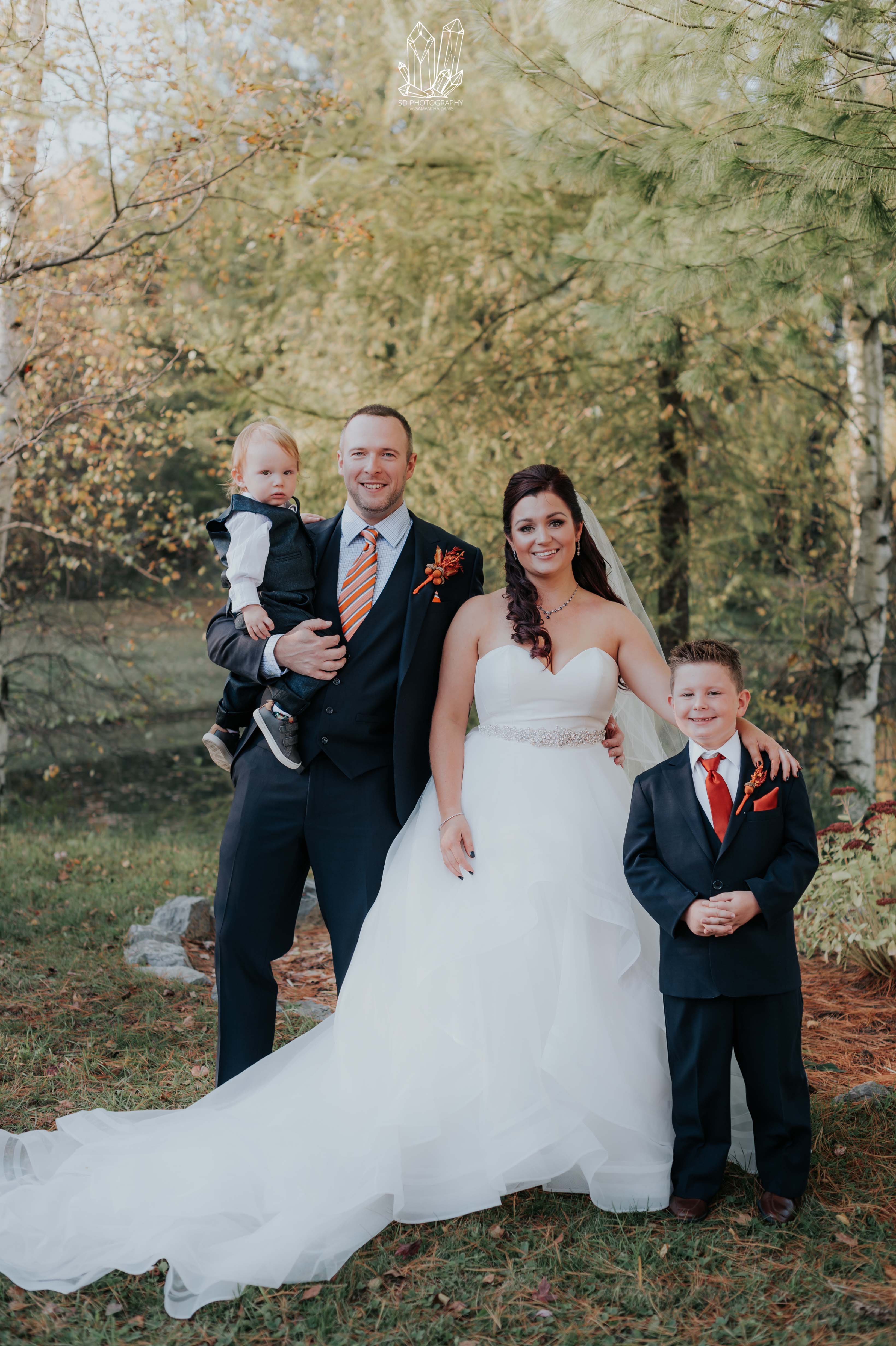 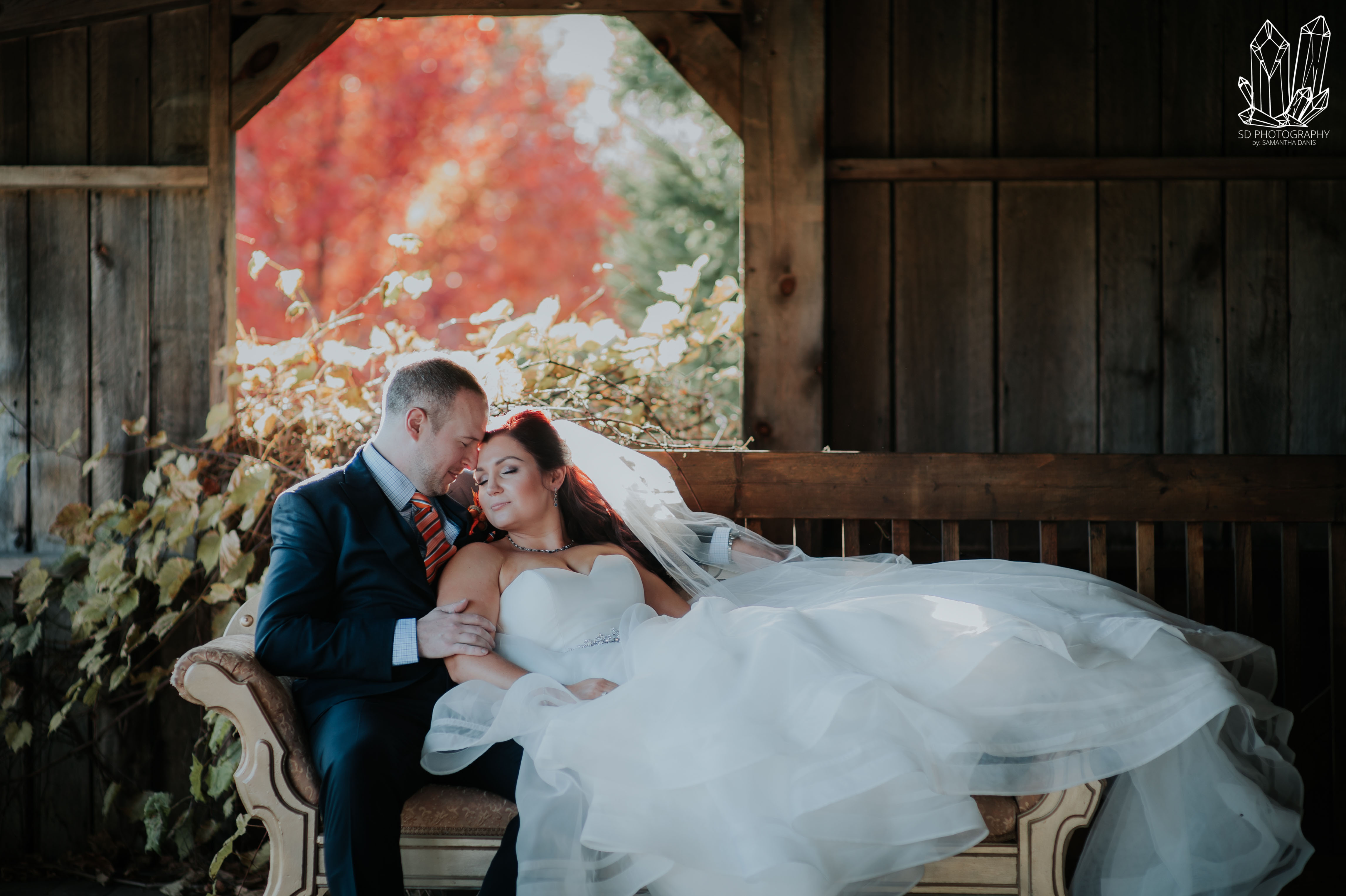 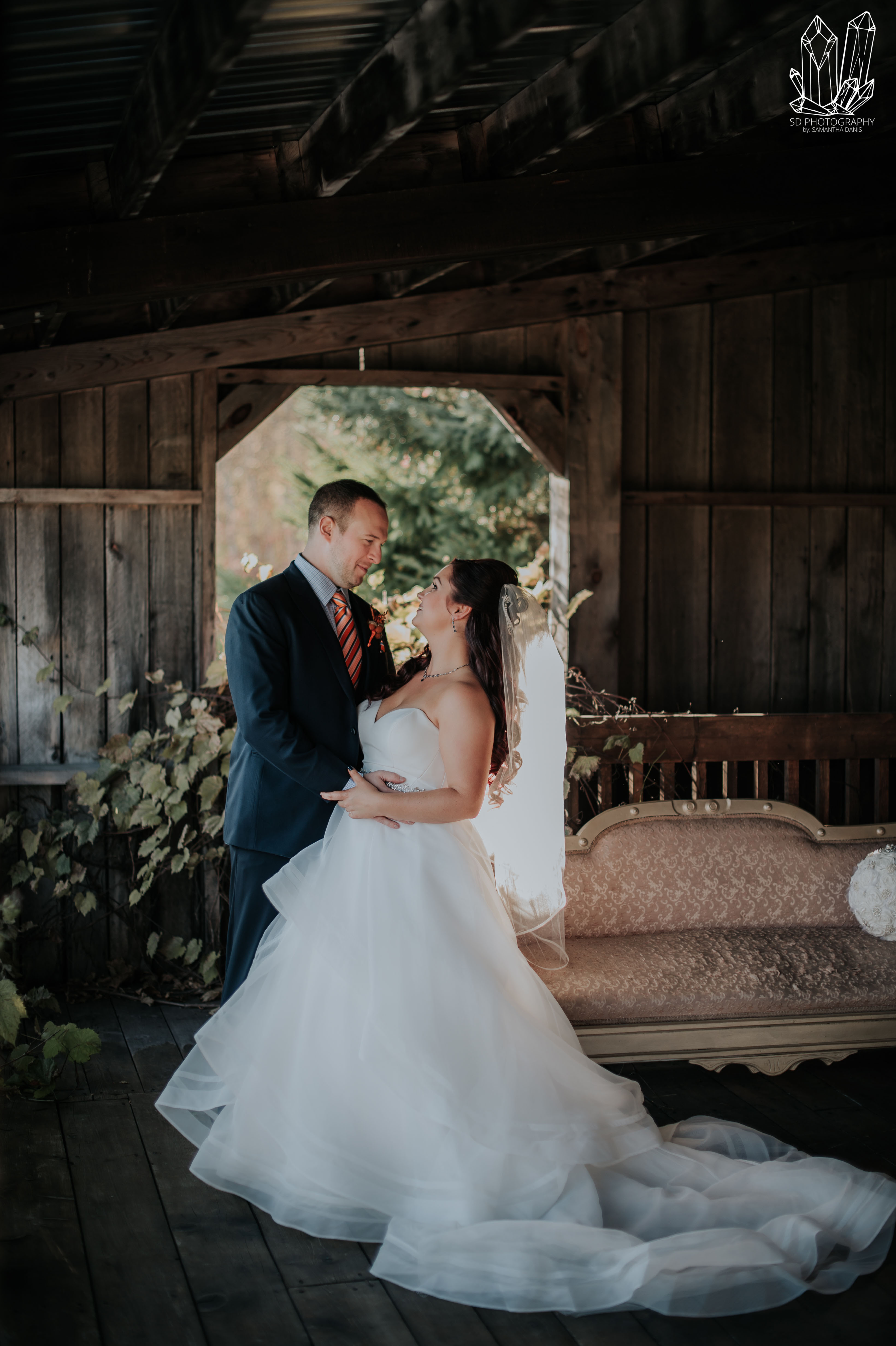 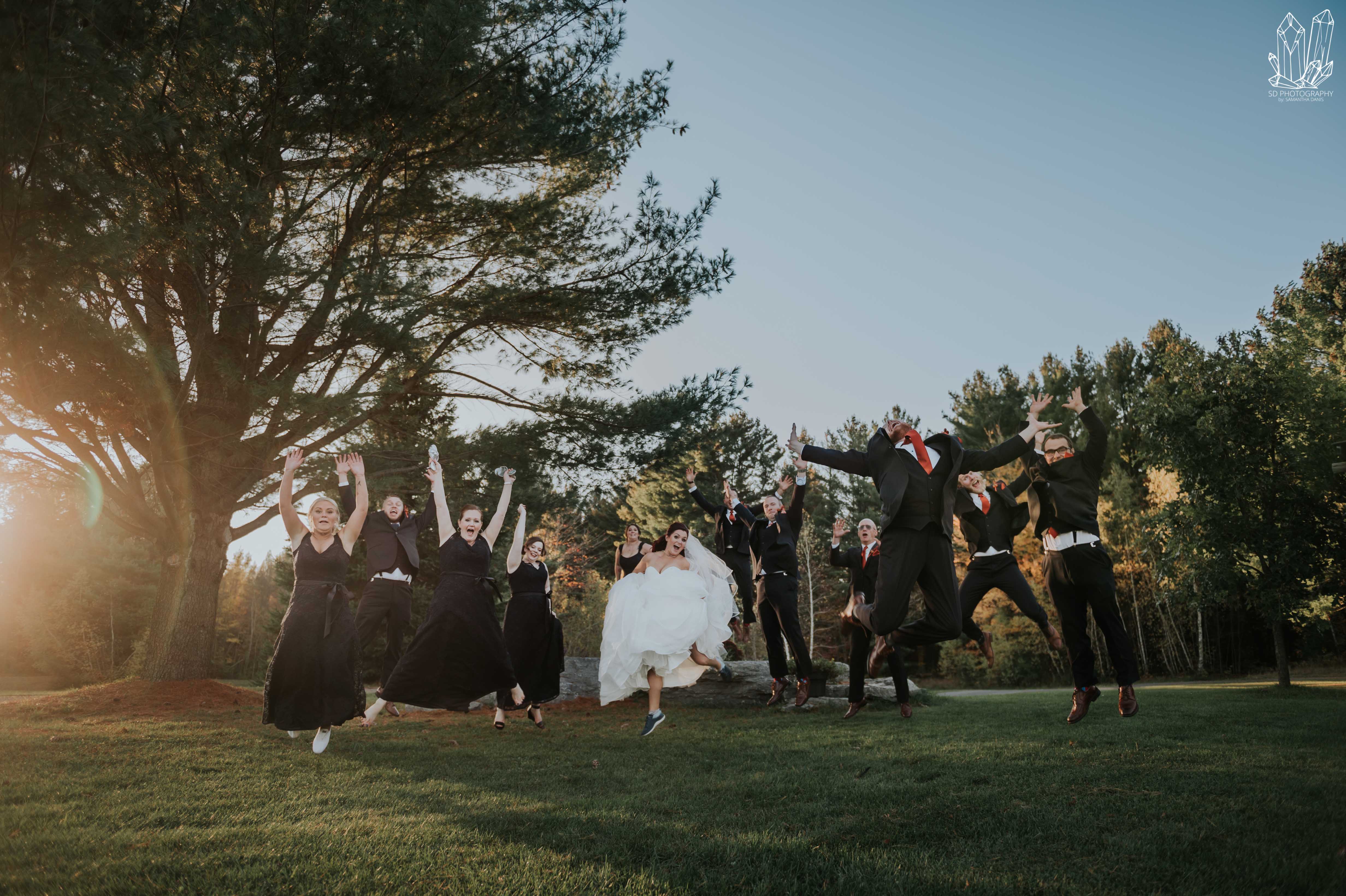 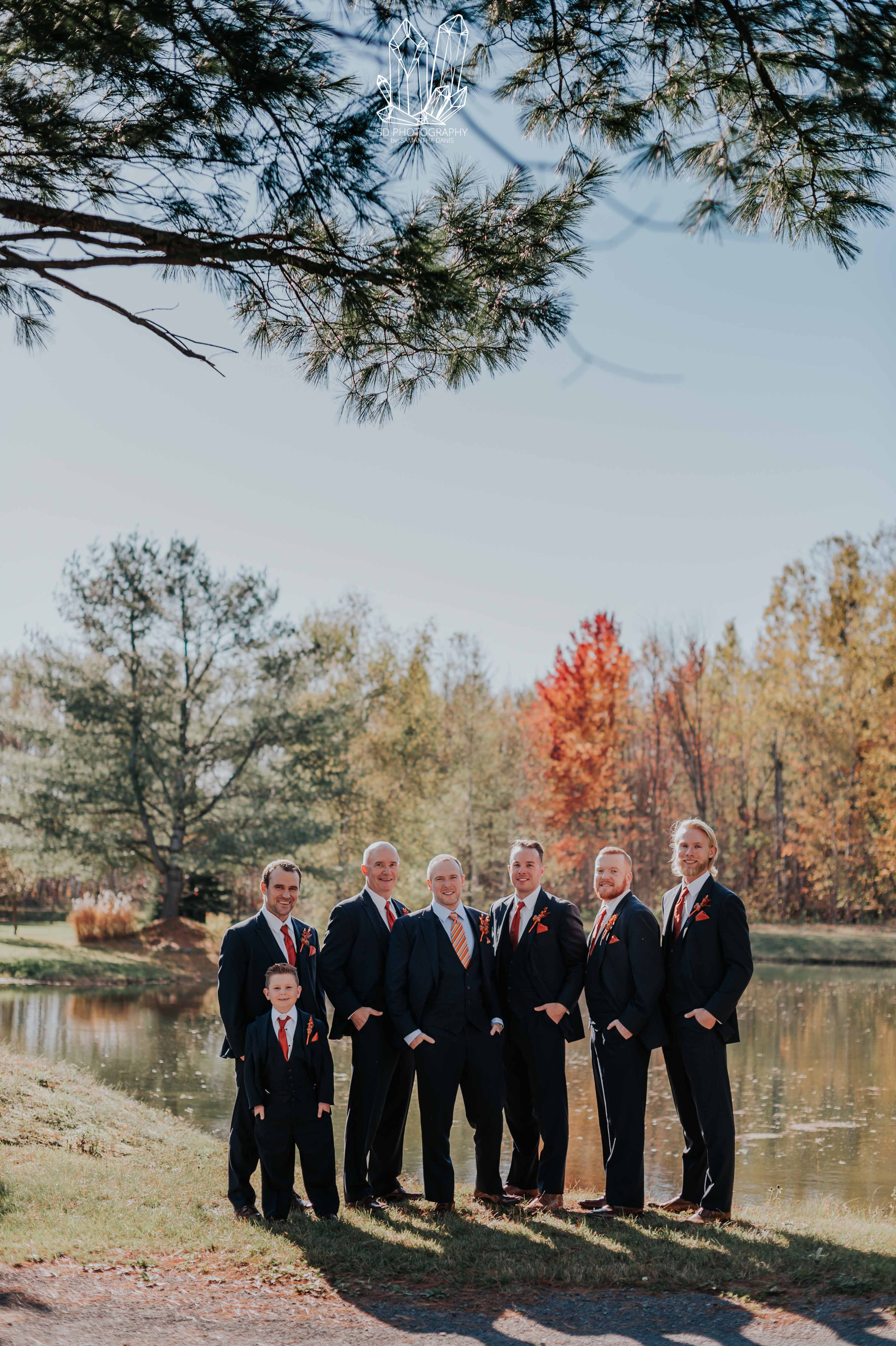 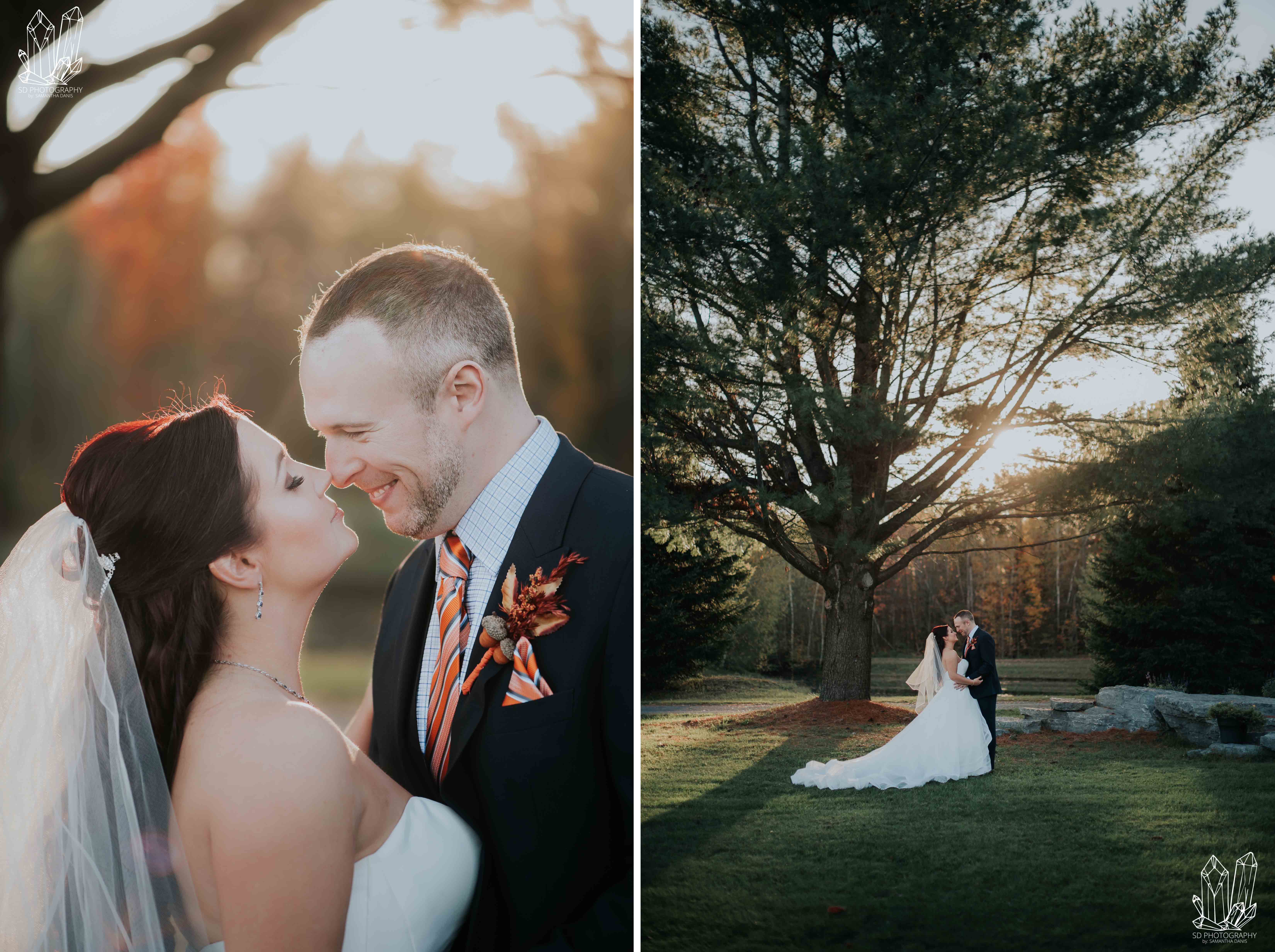 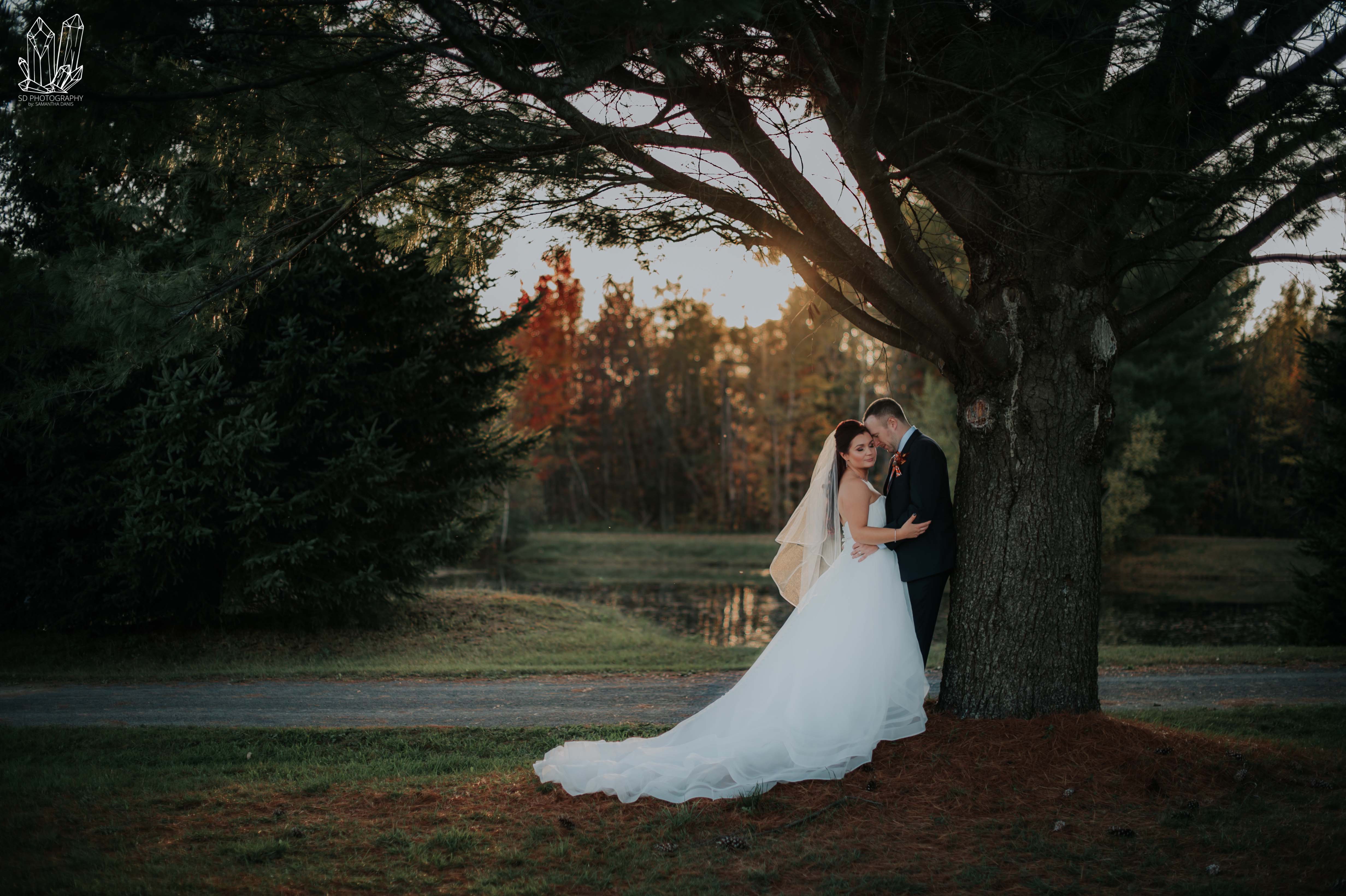 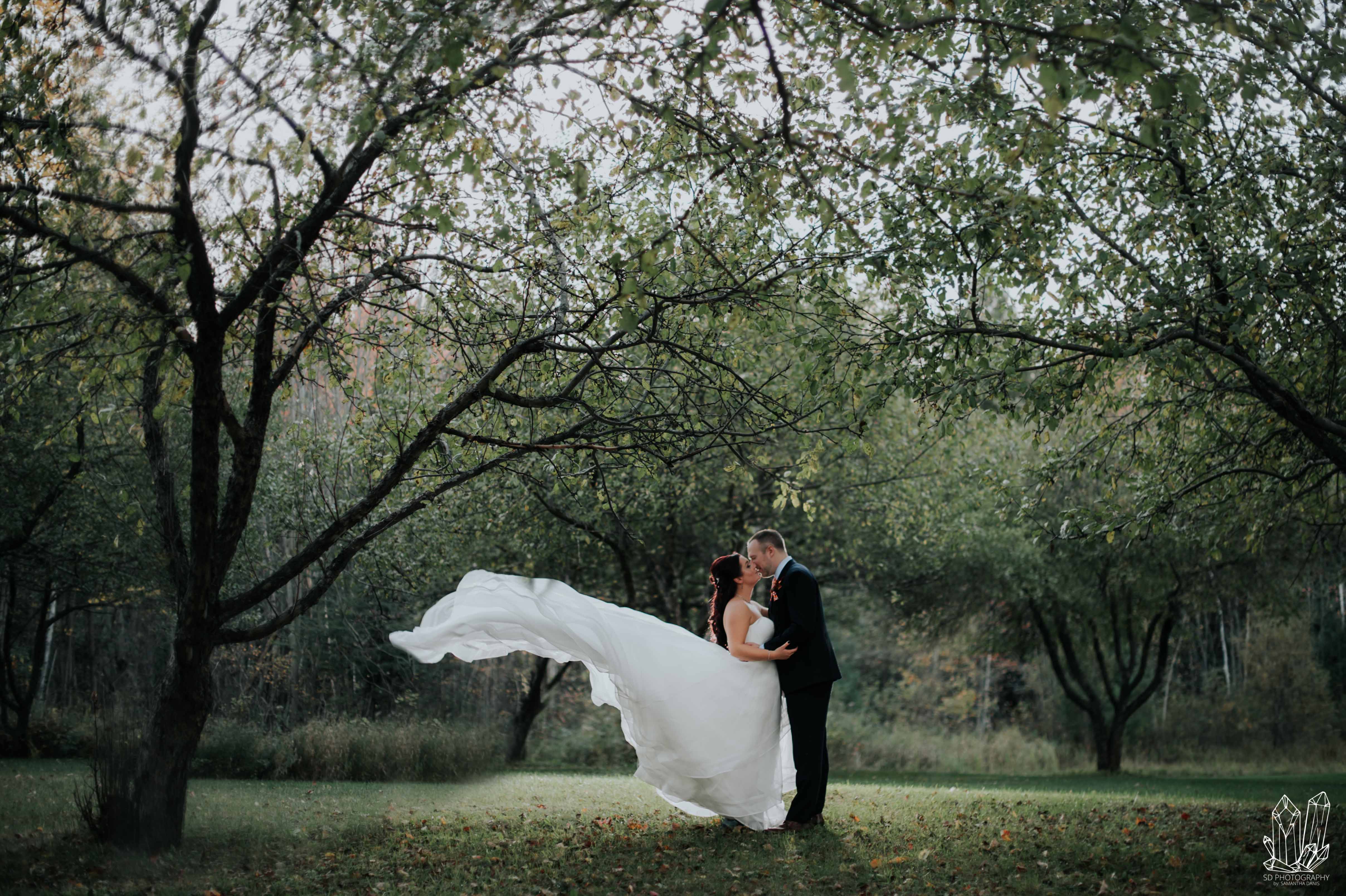 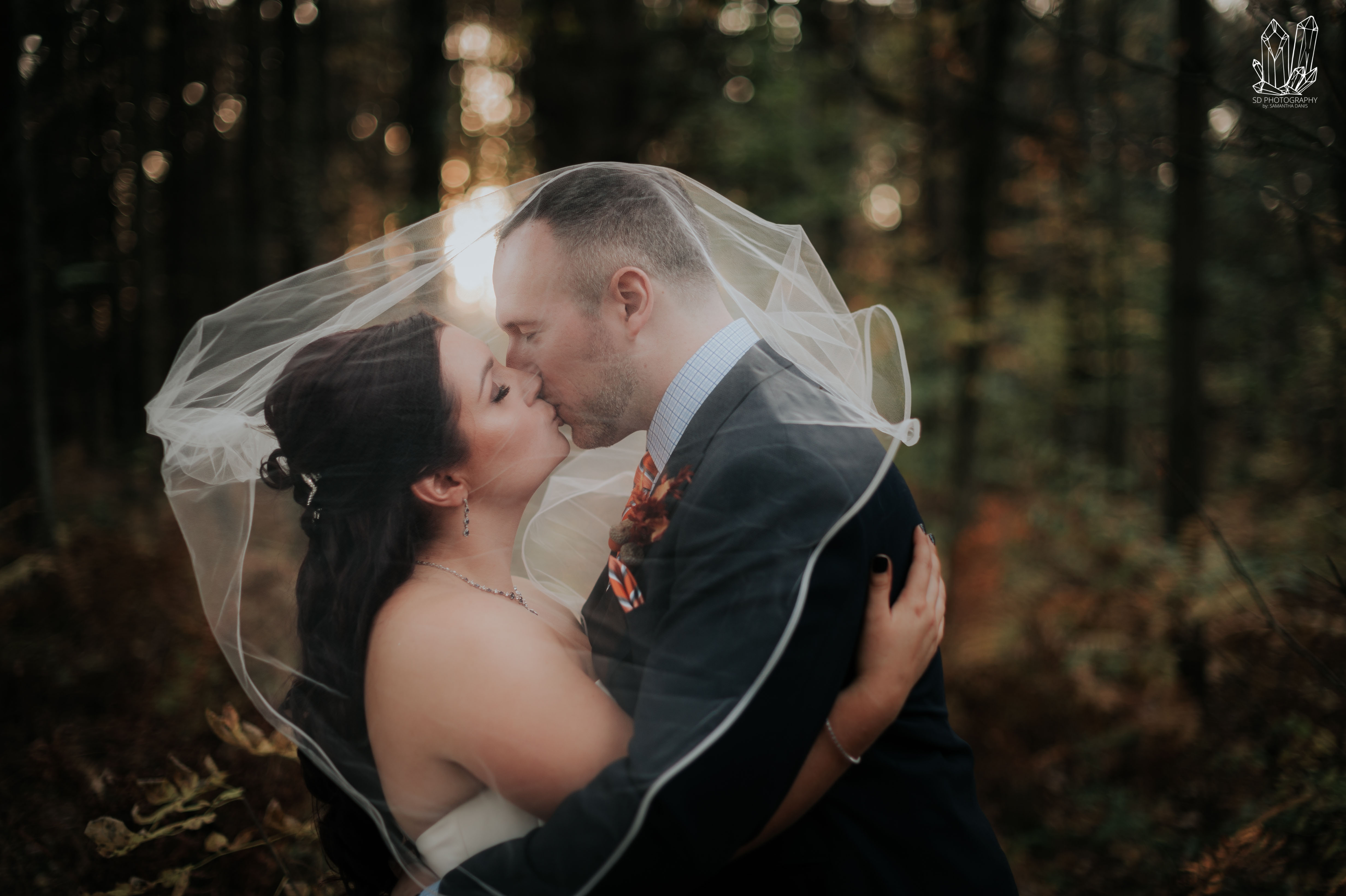 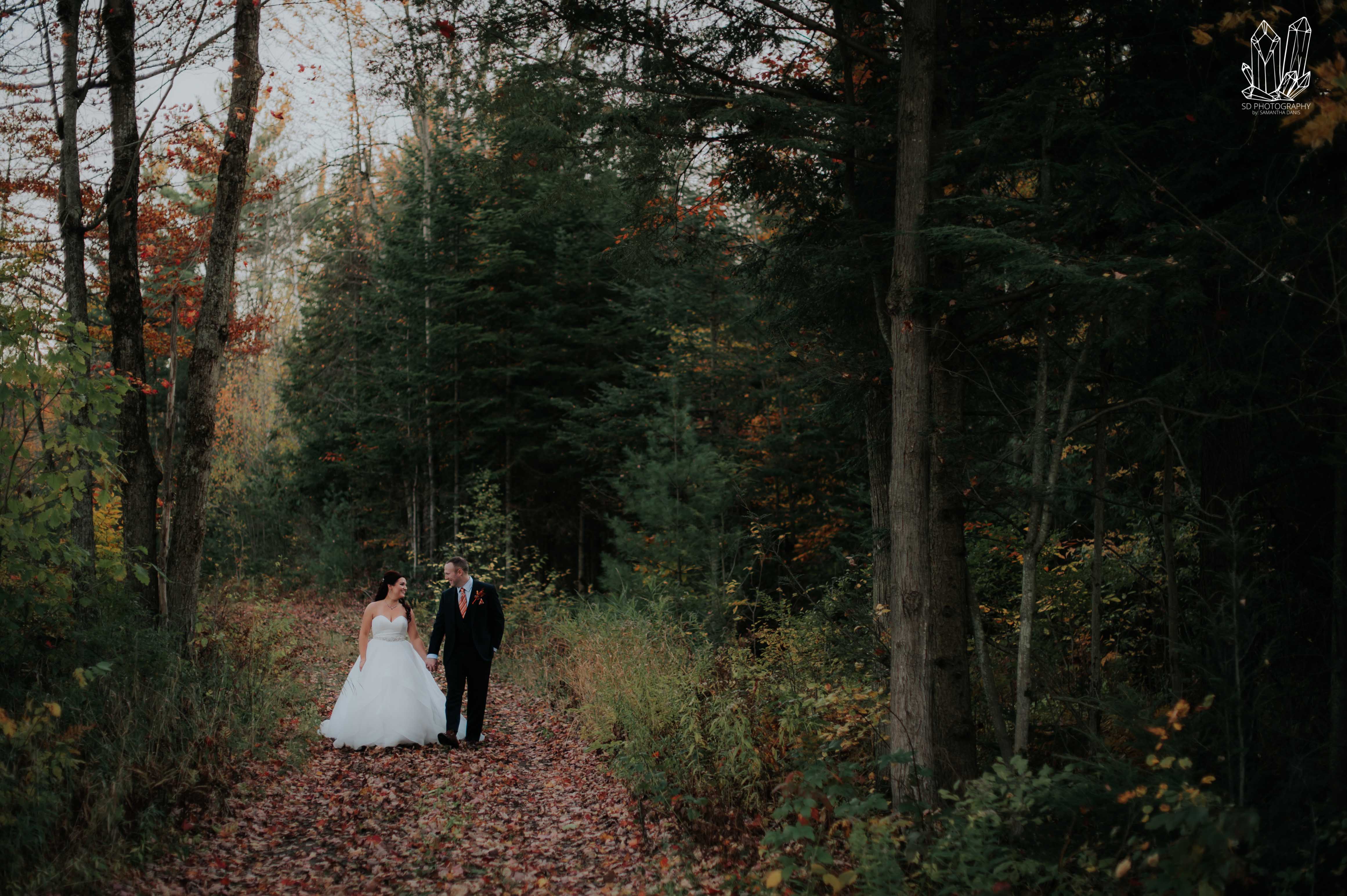 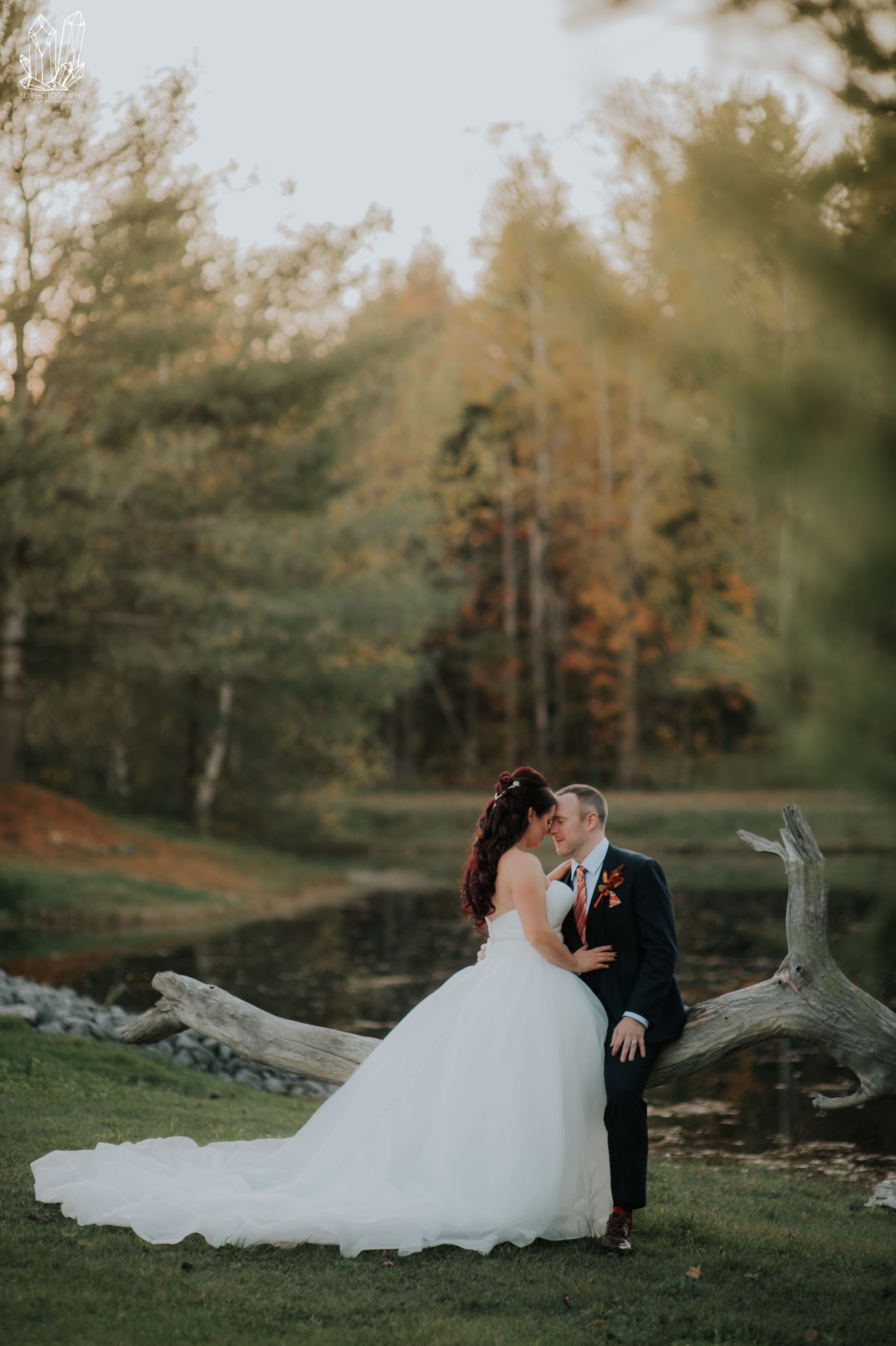 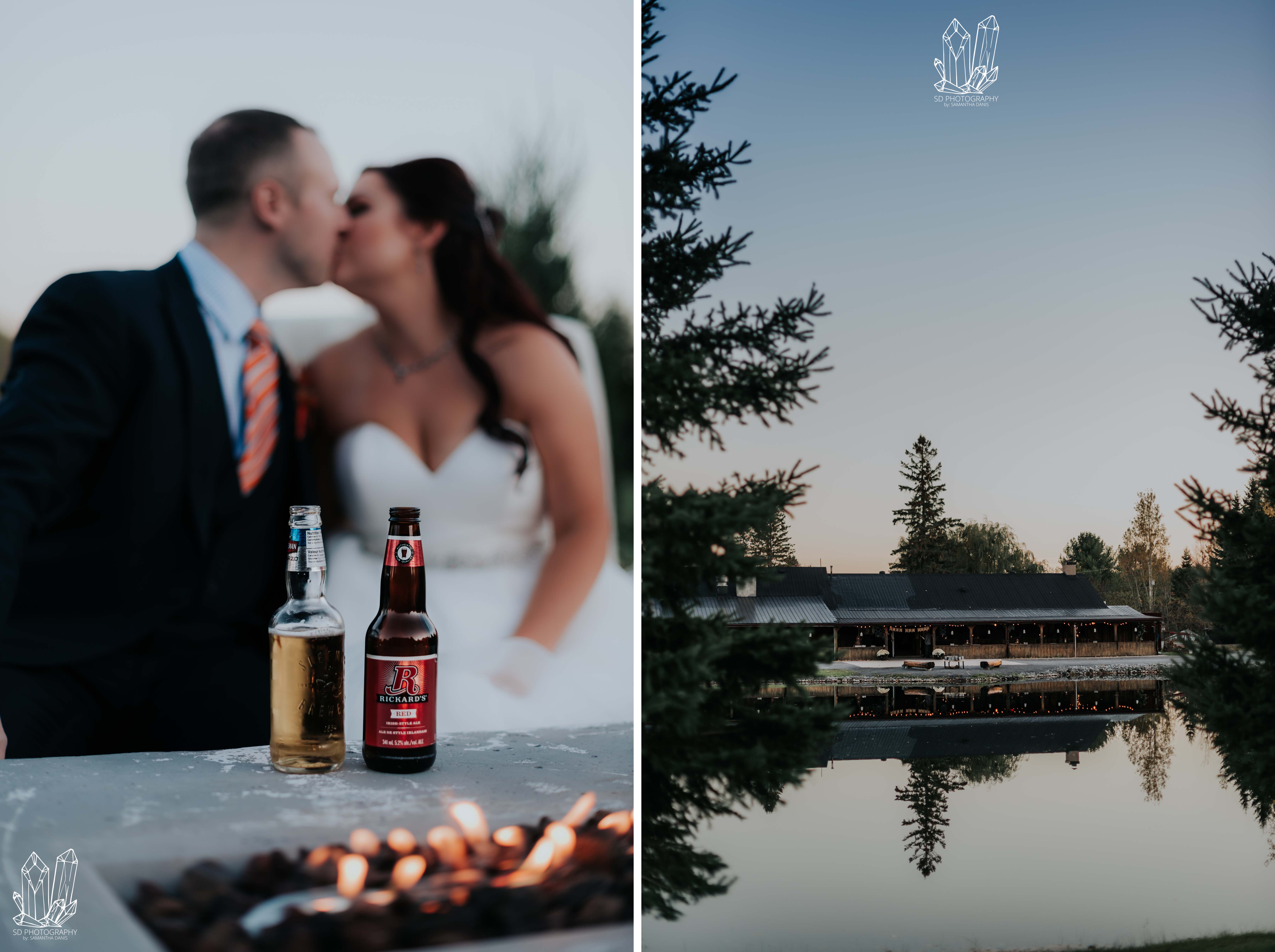 The venue was decorated with beautiful white linens with accent colours of Navy and Orange. The centrepieces were these beautiful white lanterns filled with falls type foliage and navy blue bows and it was the perfect colours for the time of year. Natalie and Shawn sat at the head table with their two boys, Declan and Keaton while their guests sat happily and comfortably in the large hall. Dinner was delicious as always and desert was my favourite part. It’s always my favourite part, I recommend to ALL of my clients that book Bean town, Natalie actually took it because of my recommendation… YOU’RE WELCOME (wasn’t it awesome?). The kissing game this time around was this awesome wooden wheel that was like spinning the wheel on Monopoly and it was the couple kiss, trivia, or sing a song. And for some reason trivia popped up often at first but it wasn’t long until we got some Sing a Song for a kiss and we got some pretty epic performances by family and friends. Which obviously meant lots of kissing for these two, but they aren’t afraid of a little PDA ;). There were wonderful speeches with lots of laughter and tears, an awesome video montage of their lives starting from birth to now and finally the speech of the night, Shawn and Natalie’s time had come. Natalie had told me on Tuesday that she hadn’t finished her speech so I had assumed that she had done it by now but a little earlier in the day she told me she actually didn’t so I suggested she wing it. To which she replied no no and that she would finish it before the time comes. Well after Shawn spoke so eloquently about his guests, family and vendors and of course his wife, all while his wife grabbed a sip of her beer beside him. Natalie then took the mic with a very fearful look on her face (see below) only to breathe in and say, I had a speech but I’m just gonna wing it. After thanking her parents and Shawn’s parents she looks down and just says ”Honestly I just want the party to start!” raises her hand in a triumphant way, looks at her new husband and kisses him. That was it for the best speech ever and time to dance. 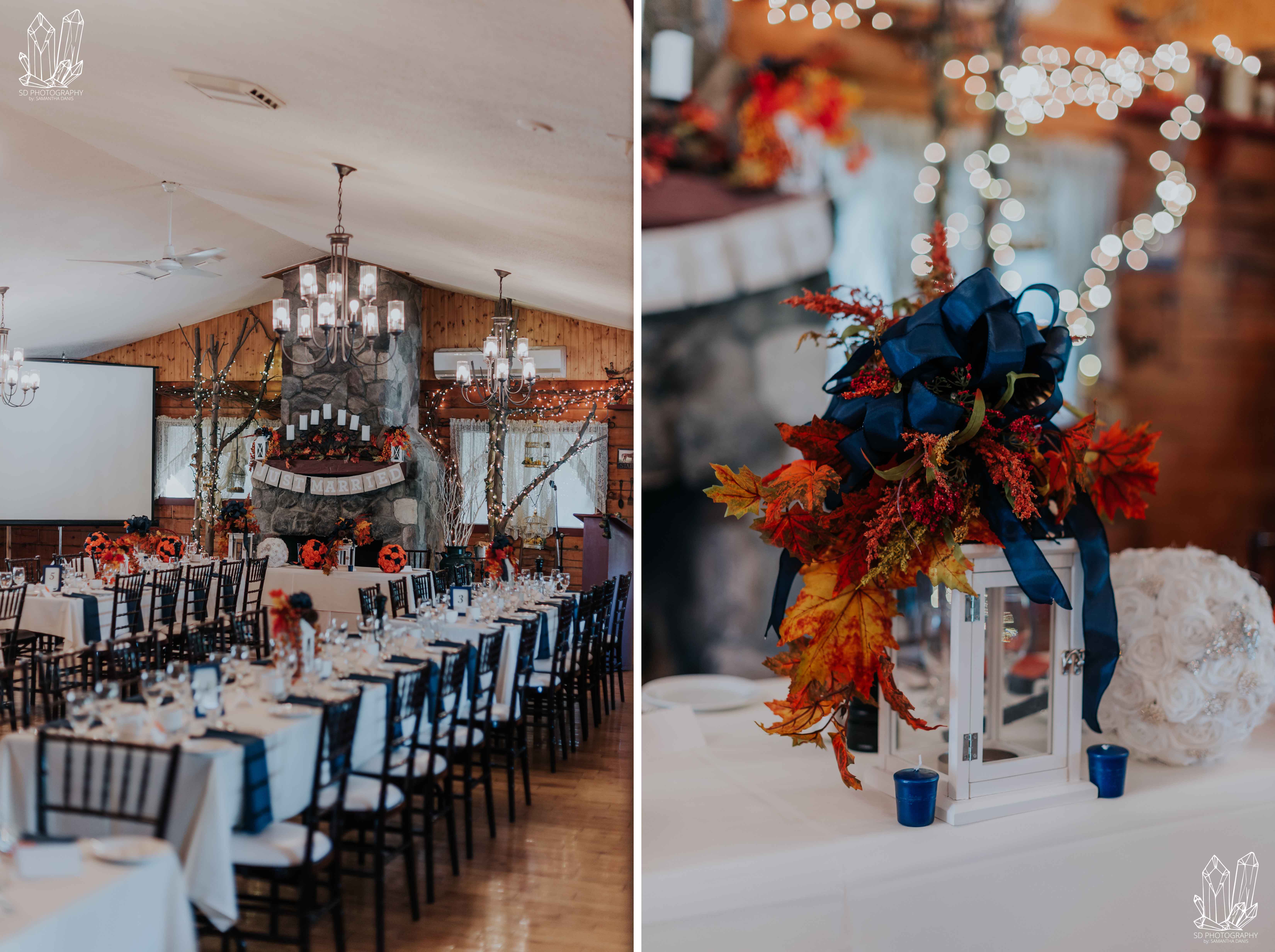 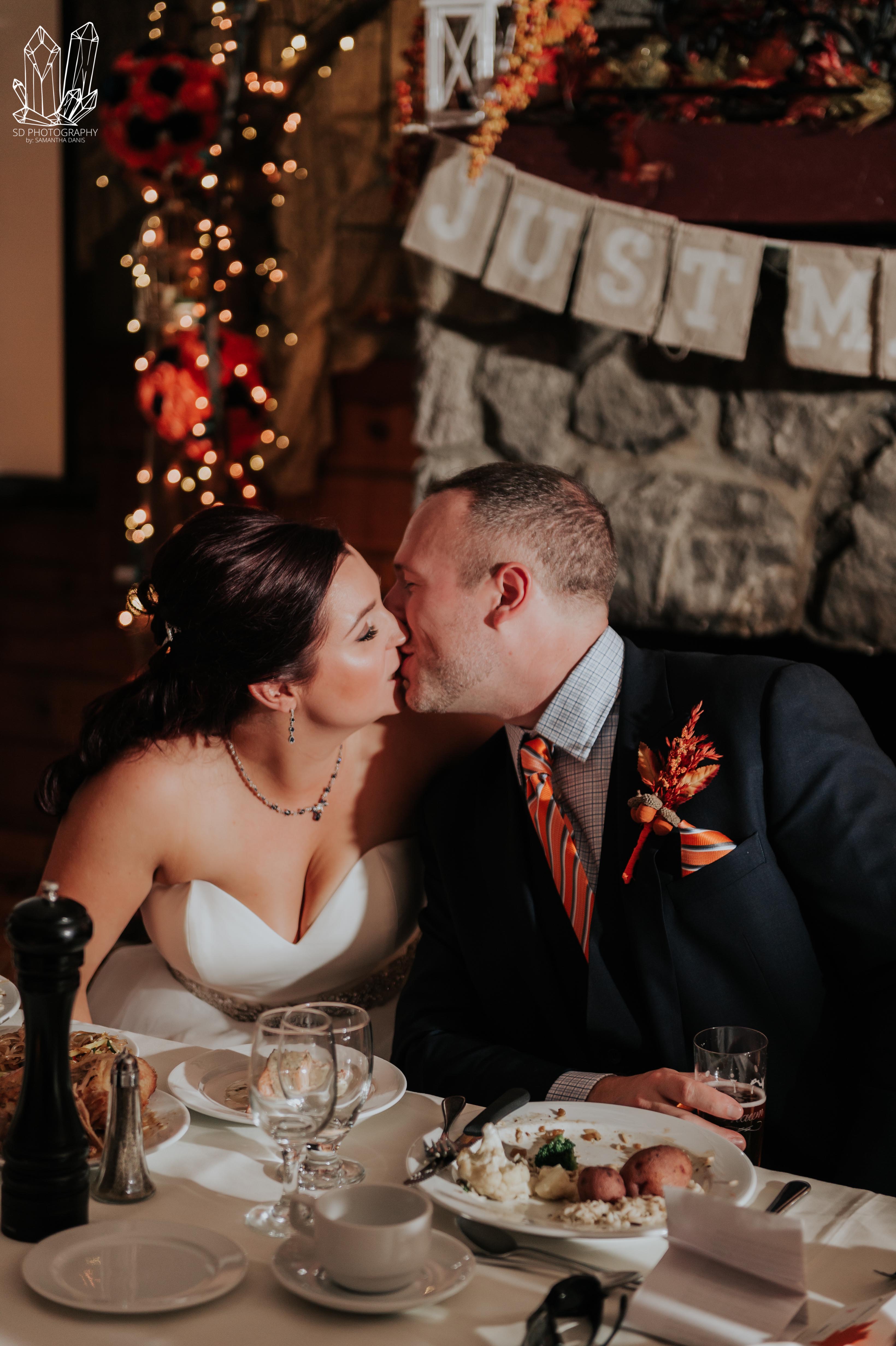 They danced to a beautiful cover by Boyce Avenue (swoon) under a starry sky and explosive fireworks! Their guests cheered them on and after all eyes were on them it was time to get this party started. After a quick father daughter, mother son combined dance things started with Cheap Thrills by Sia. Declan had owned up earlier in the day that Cheap Thrills was his favourite song so it was totally appropriate to start the dancing to that exact song! He danced with his uncle Christopher in the most interesting dance move ever! I left the venue seeing my happy couple dancing arm in arm and kissing on the dancefloor. And that’s a memory I’m so happy I got to leave with and end my wedding season on. Thank you Natalie and Shawn for being so wonderful and easy going and I promise someday we’ll meet again and Keaton will sooooo warm up to me ;). I wish you nothing but happiness in your life together and can’t wait to deliver your images to you xox 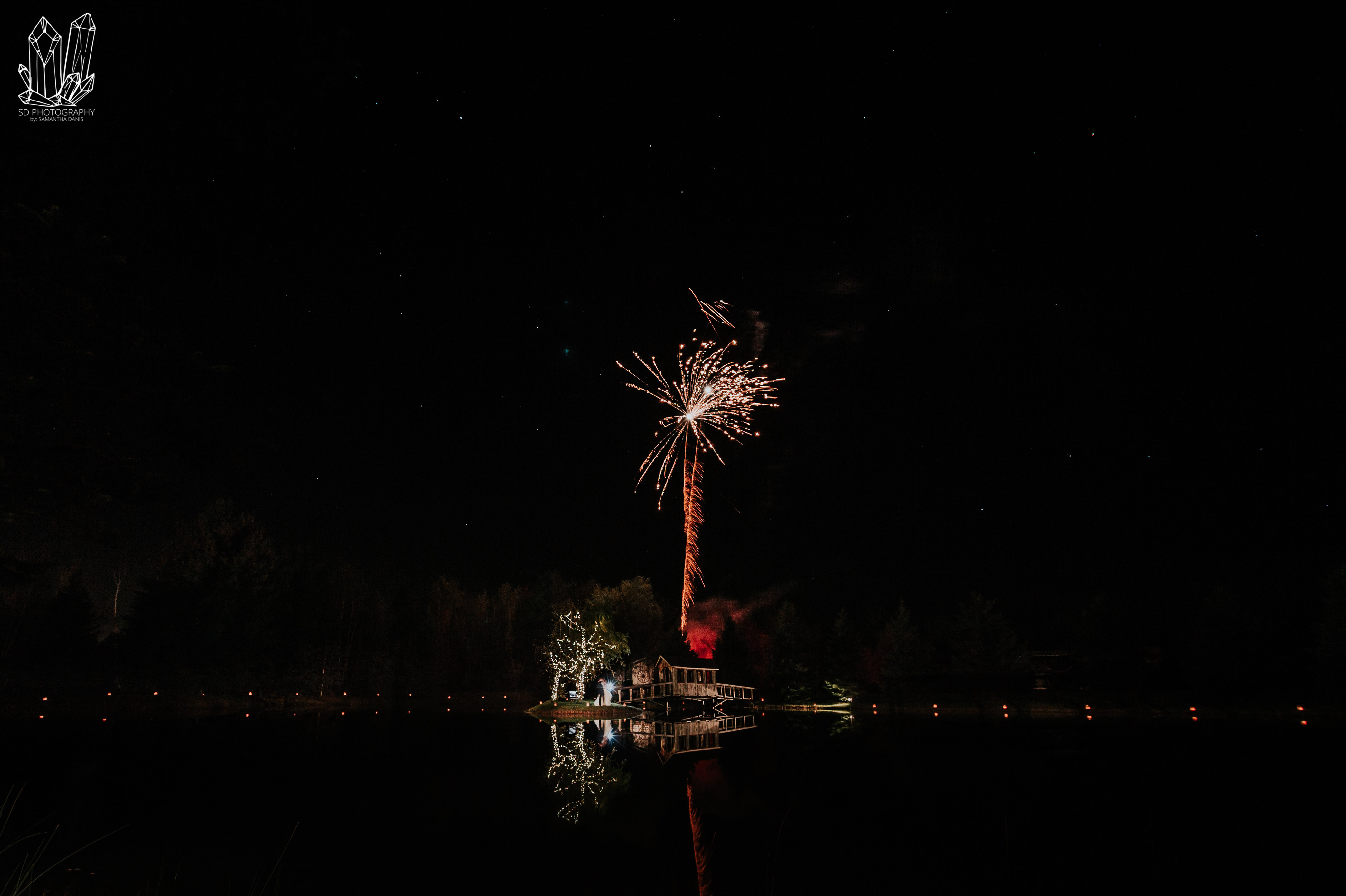 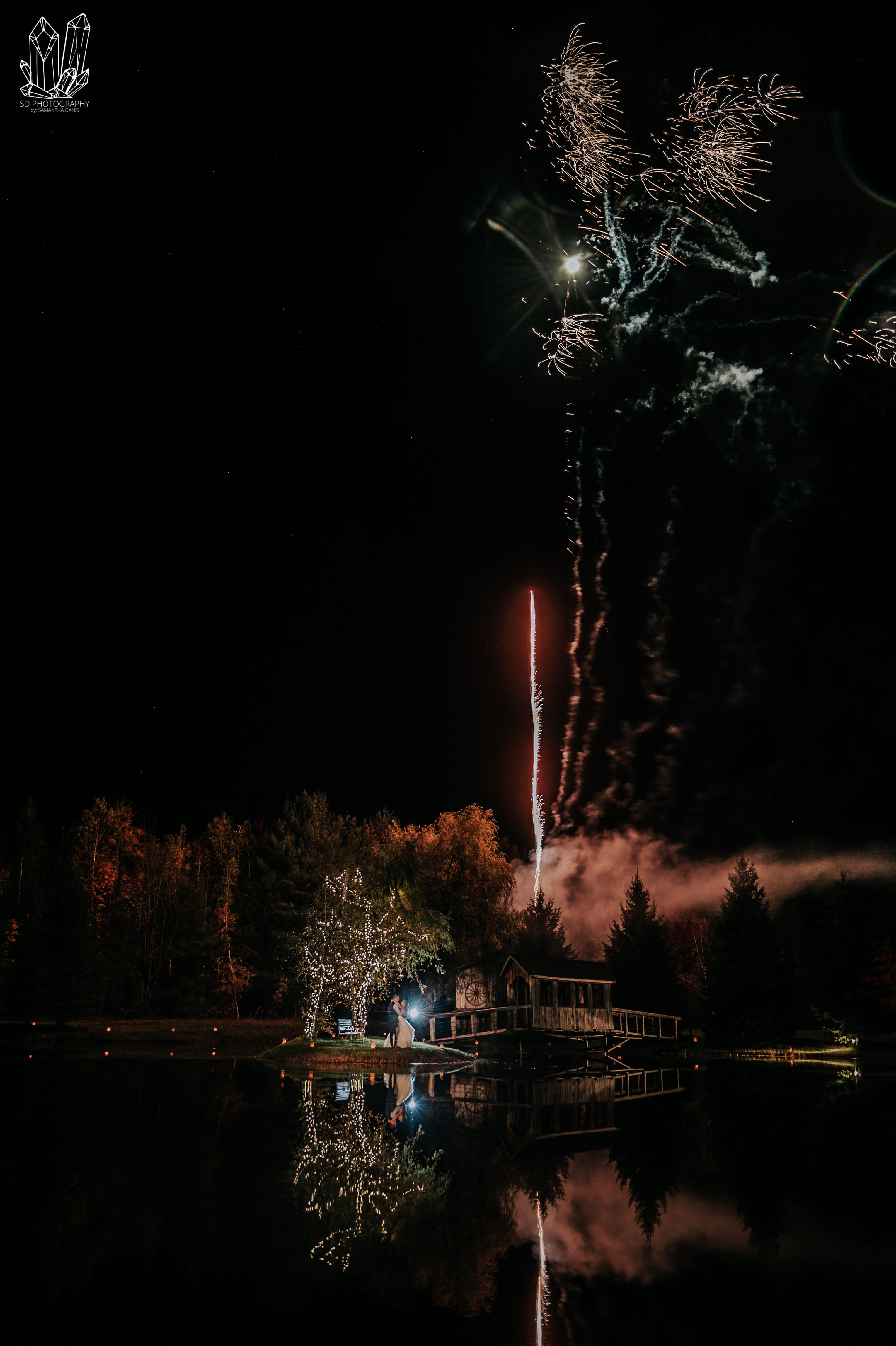