Who says you can only get couple photos done when you’re engaged? Mel approached me a couple months before our trip for Kathleen &  Chris’ wedding about getting a Jamaica Portrait Session and I was absolutely down for this! Mel + Frank have been in front of my lens before, I believe two years ago (Mel correct me if I’m wrong lol) and they were such a joy to photograph while we walked around the Arboretum so I know it was going to be a good time. Leading up to departure Mel often messaged me, going back and forth on whether or not she should stick to the 30mins session or up it to 1 hour, she also sent me photos of her outfits (which she ended up bringing more than enough but ended up sticking to one dress haha). It was actually so much fun being able to talk to a client/friend about our excitement for the trip but the photoshoot as well and to essentially plan it together.

In the end though, she ended up going with the 1hour session, and this beautiful Navy, off the shoulder, floral dress. We had also planned to get the session done either the Thursday or Friday after we arrived (which was Wednesday afternoon) so that she and Frank wouldn’t end up being burnt red lobsters haha! Well jokes on me because we ended up spending Thursday relaxing by the beach and pool and our entire group burnt! Looks like the Jamaican sun had better ideas for us haha. We obviously still went ahead with the shoot Friday because chances are they were just going to burn more the longer we stayed here so it was definitely the best option. We walked around the resort stopping at spots I’d scouted the previous time I came to this resort and a few new ones we discovered along the way. I got them to walk along this super cute boardwalk only to find two people sitting at the end right where I wanted to be standing so we politely asked them if we could use the spot, no problem! Then I turned around and looked over the tall fence only to spot some pretty darn cool rocks and I just knew I wanted them propped up there. So like the crazy person I am, I asked them to hop the fence and walk around these large, not always so stable, rocks so that we could get a cool shot. They happily obliged, Muhahaha! Mel is a fellow photographer and she, like me, will do anything to get the shot so I knew she’d be down for pretty much anything. This shot of them standing on the rocks and the water hitting the base is probably my favourite in the series! We finished and hopped back over the fence only to realize once we walked back down the boardwalk that there was actually a gap between the fence and wall for us to scootch through to get to the rocks and little beach, woops. We spent the rest of the session walking around, sneaking onto the Luxury side of the beach. Well I guess you can’t call it sneaking since there were two security guards just watching us haha. Doing some hilarious dip kisses, cuddling under the sunset (them, not me) and having just an all around good time. We ended things on this cool semi submerged walk-out into the ocean where Mel was not a happy camper! Why, you may ask? Because there was like weird slimy stuff and little critters crawling around so she was just like, AHHHHH! I have a few photos of her ”scared” face and it’s just so priceless. This session was a great way for my creative juices to get flowing and to get me out exploring the area some more so I’m so grateful that these two wanted to get a session in while they were in such a beautiful place. I’m looking forward to more shoots with you guys in the future, maybe an engagement at some point? C’mon guys, I’m counting on you! xox 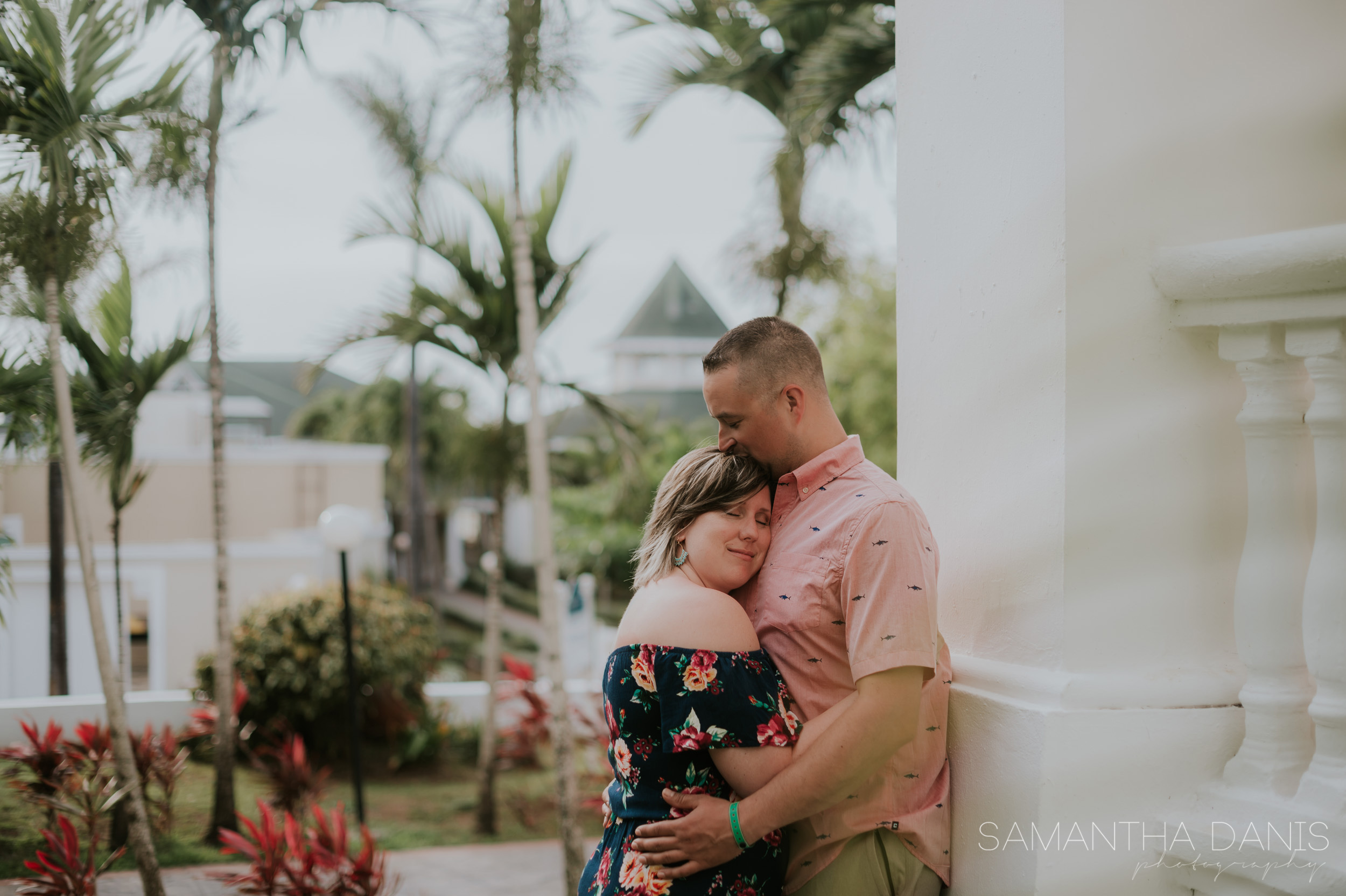 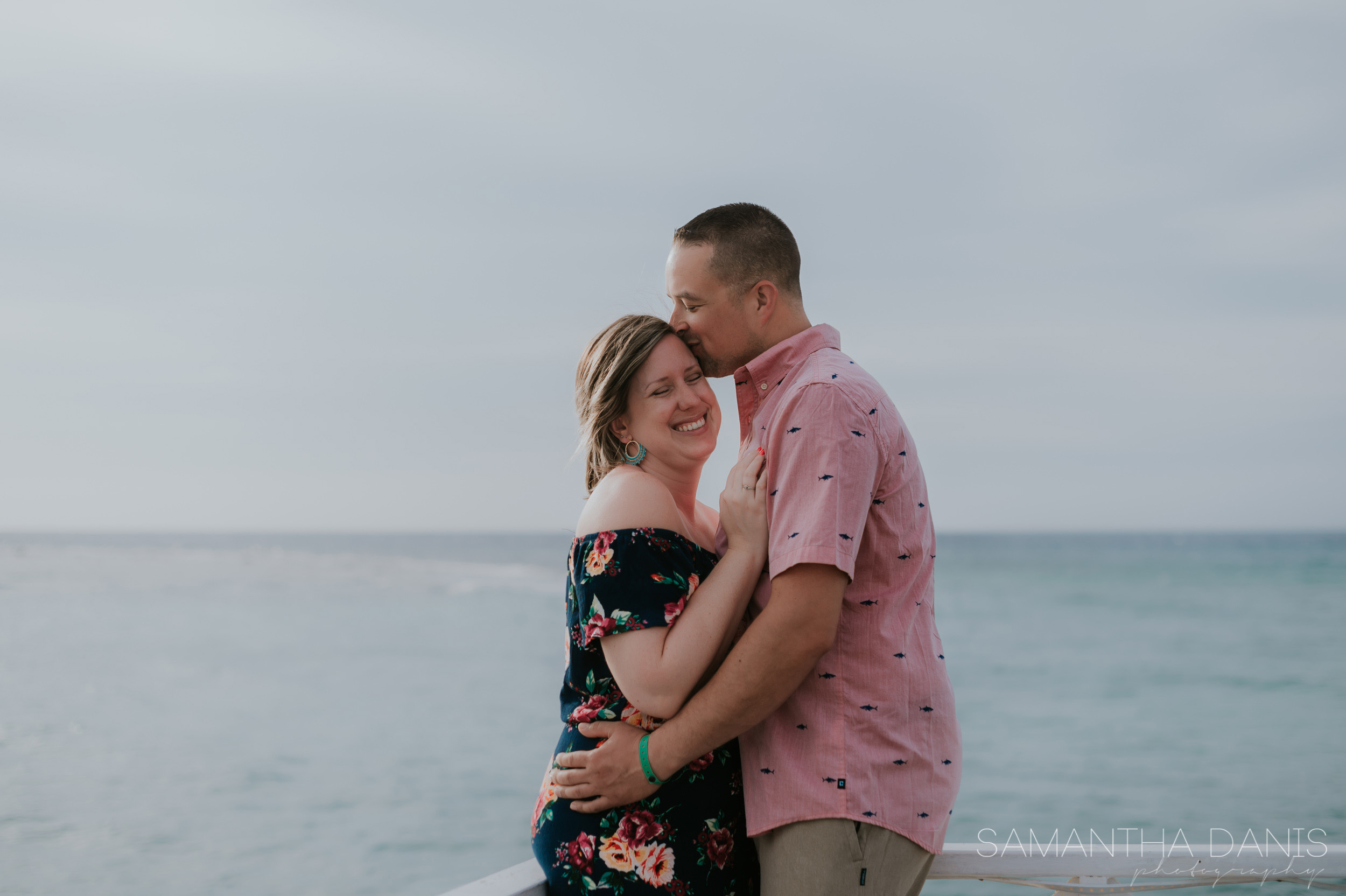 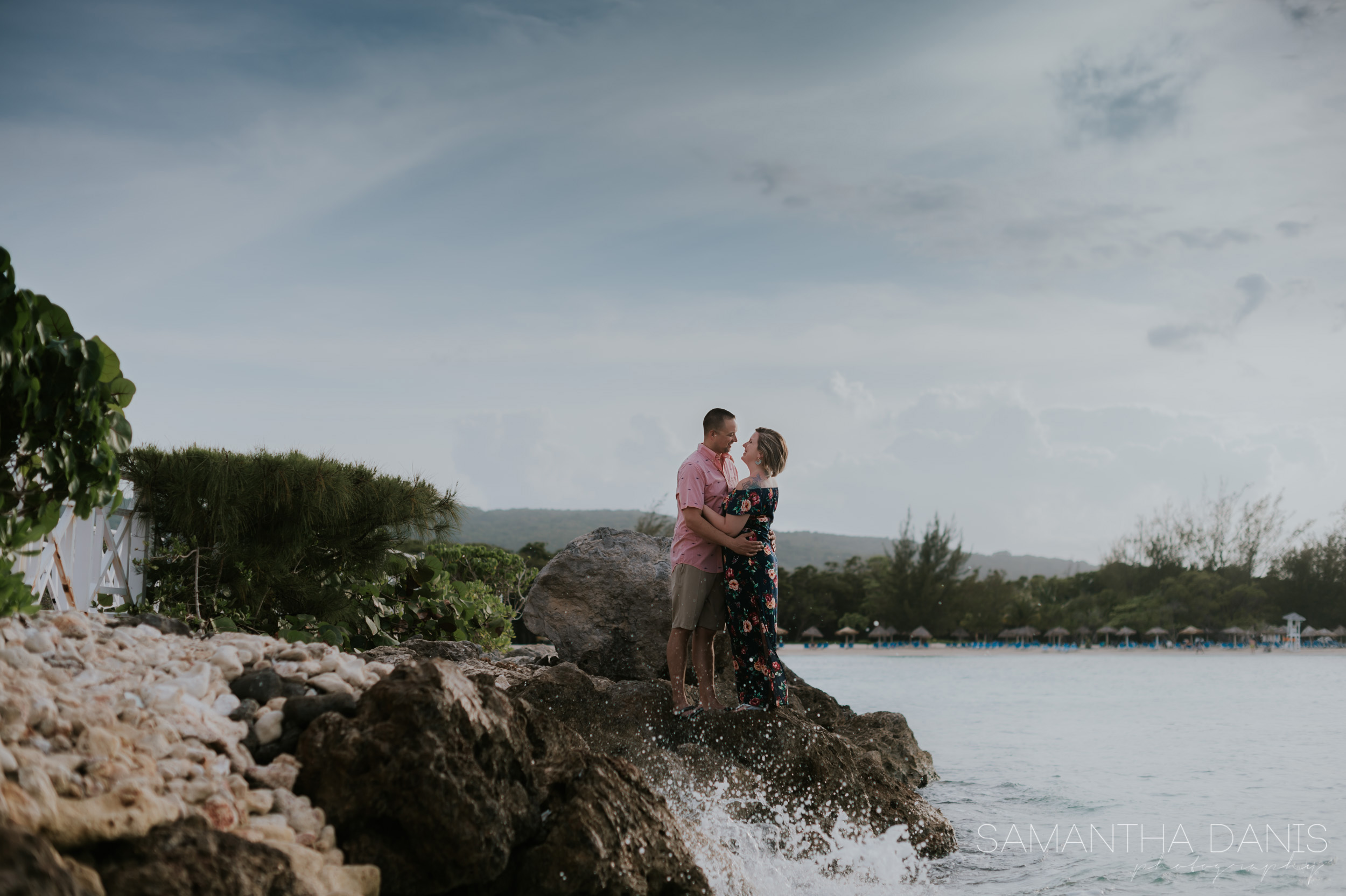 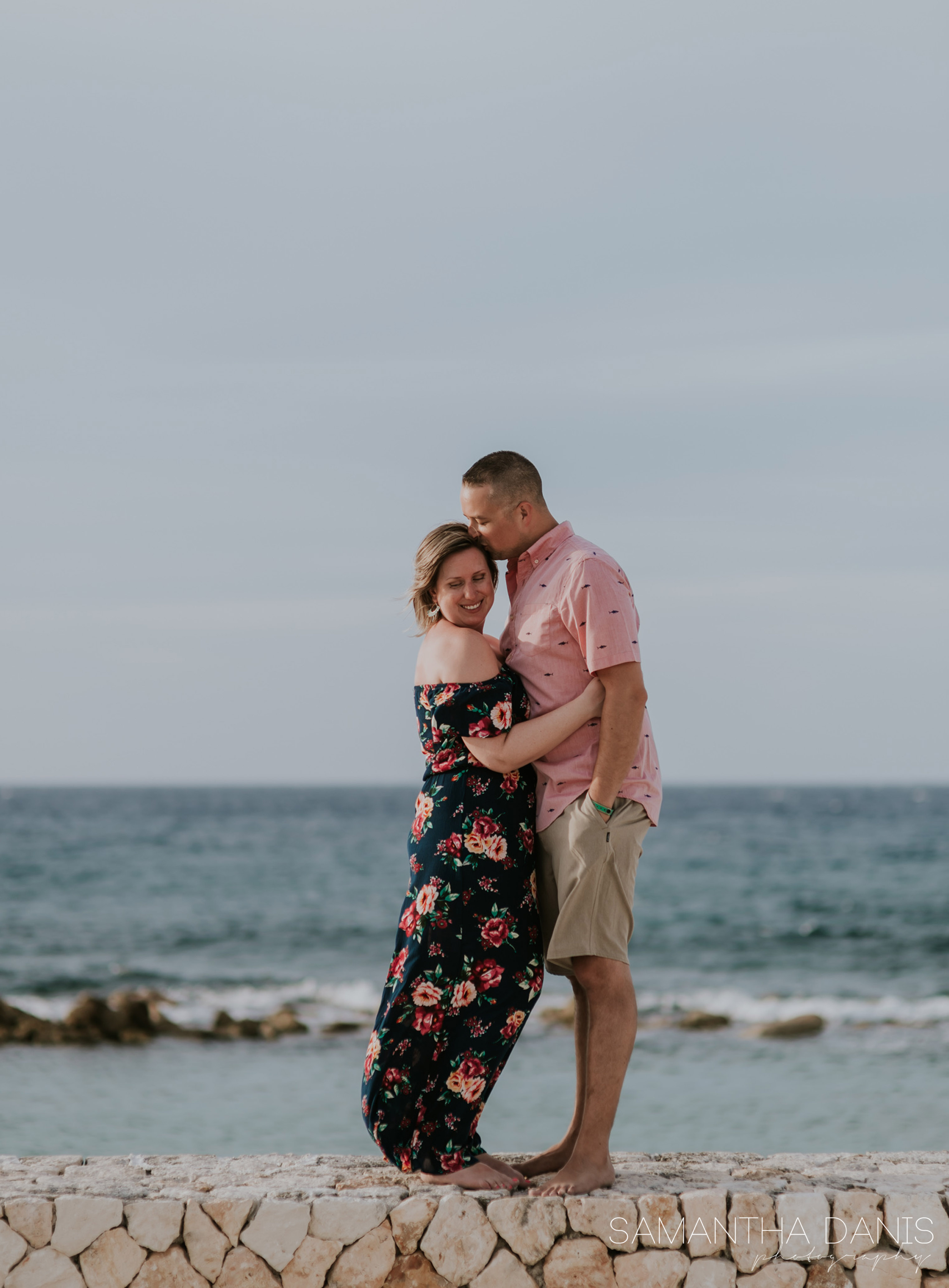 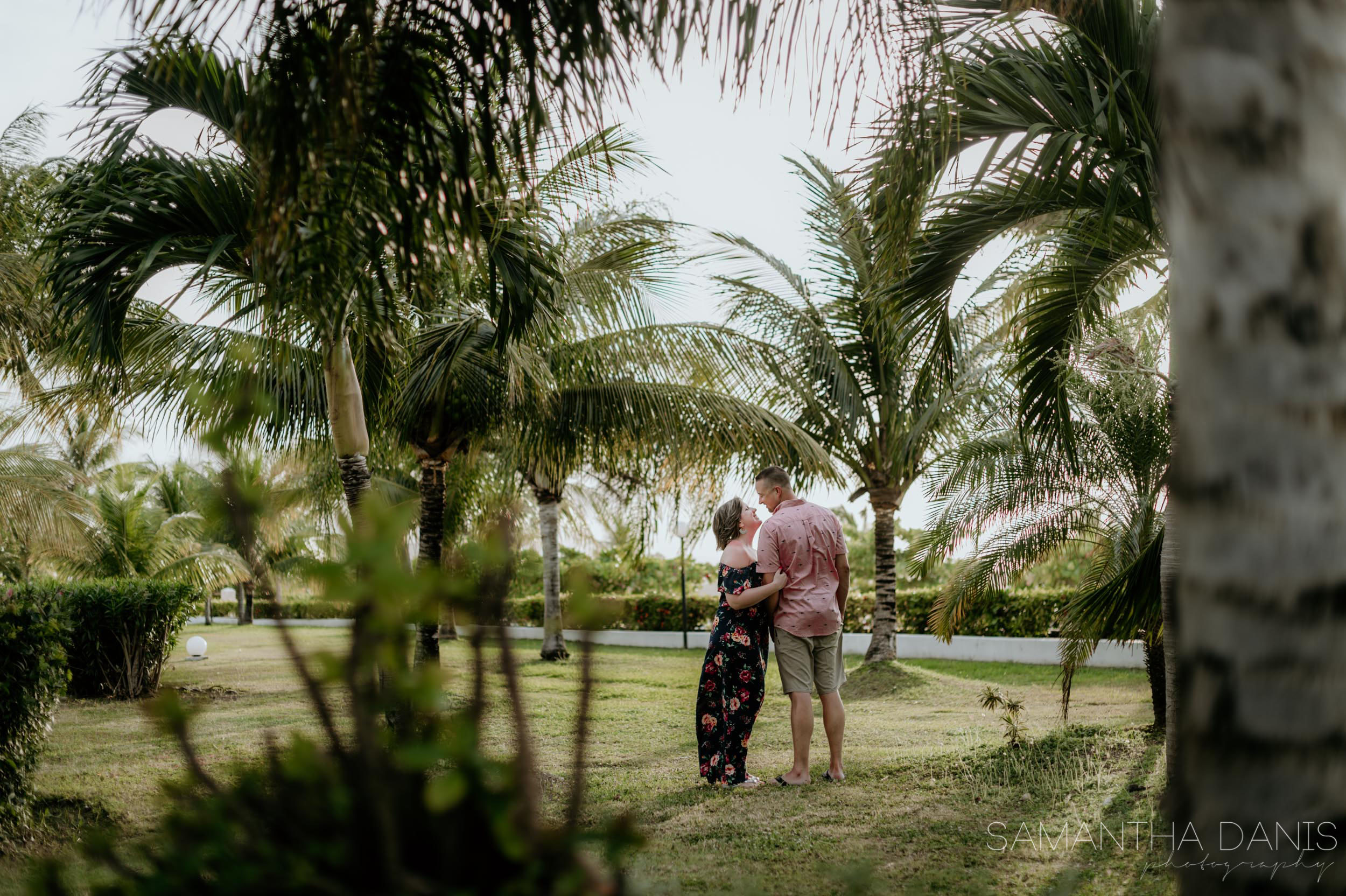 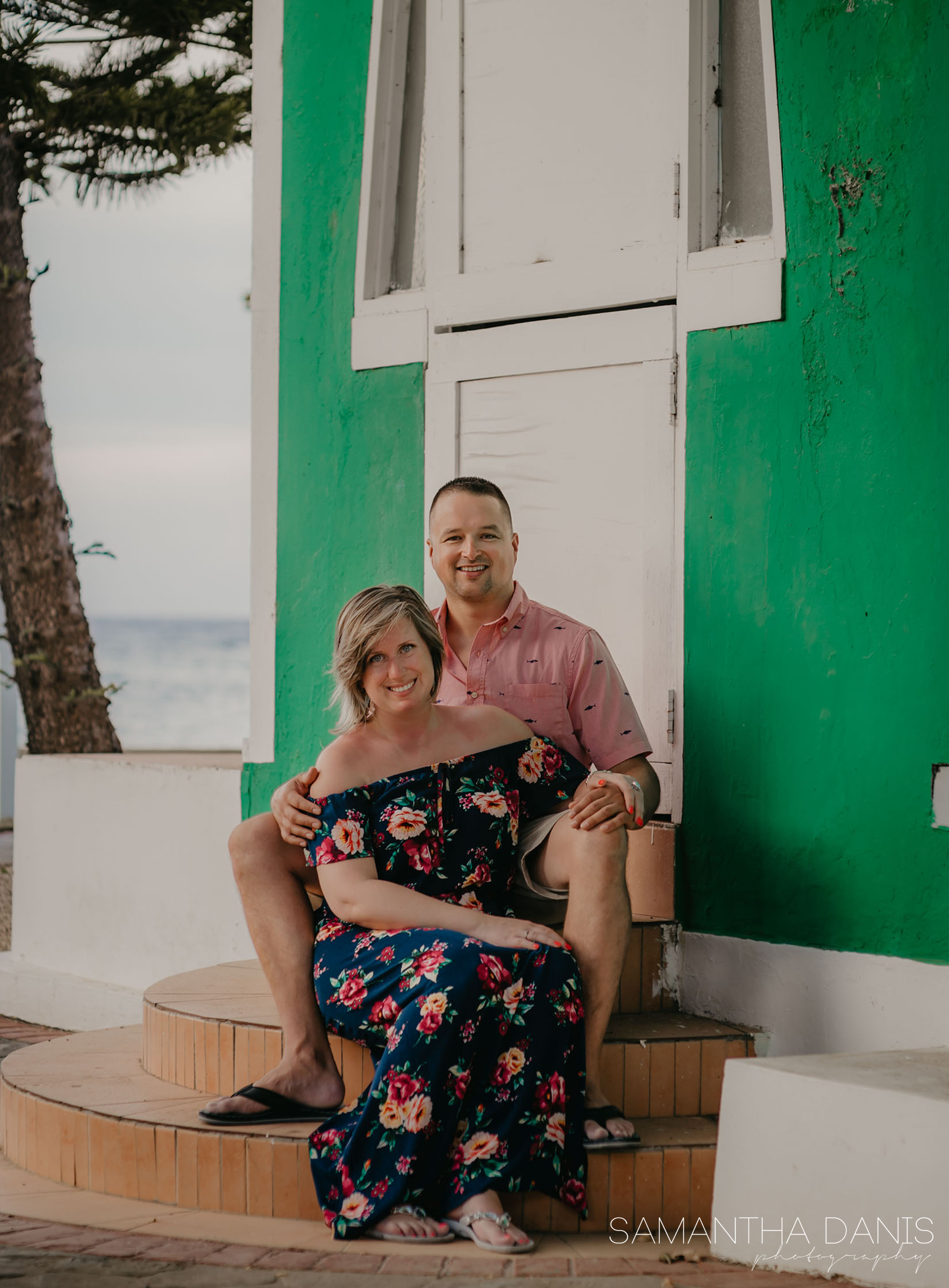 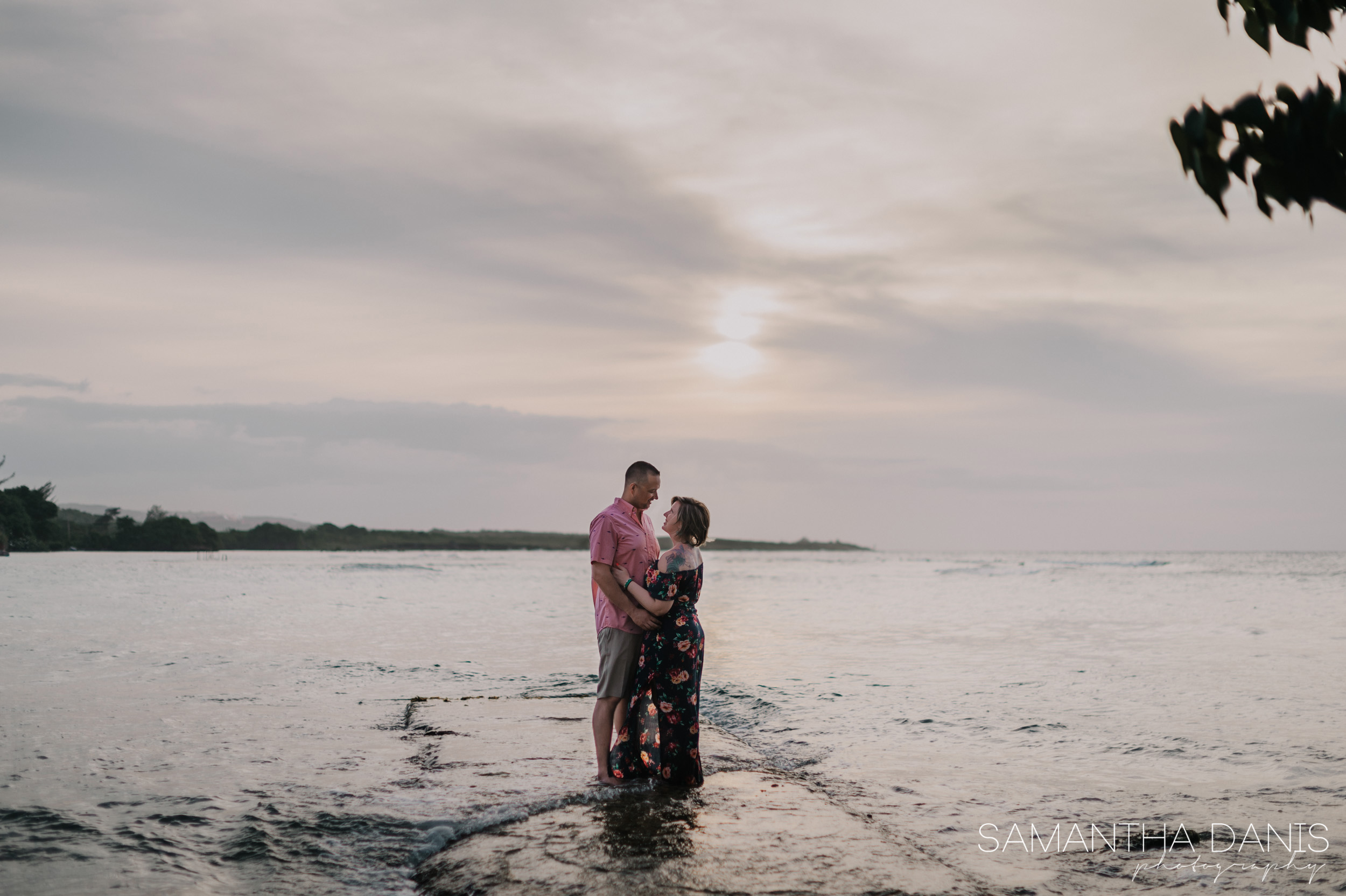 STAHP! These are phenomenal! Great work as always Sam!