Can anything bad be said about a destination wedding? The answer is, No. And Kelsey and Jon’s wedding was no different.

We travelled to Jamaica as a large group of 40, mostly from Ottawa, which is substantial for a destination wedding. Meeting all of these new people is always such a fun adventure for me and this group, this group was full of amazingly kind people. The weather was beautiful from day one and knowing Jamaica, even if it says it’s gonna rain, it’s only going to be for a few minutes so I was not worried.

On the wedding day itself, I woke up to grab breakfast only to be greeted by a wall of humidity. The most humid day we’d had to date and it was brutally hot. But that didn’t stop anyone from enjoying the day. I met up with the guys in their prestige room where they were figuring out their suspender situation. I saw some champagne and some Glenlivet just waiting to be drunk. Jon’s dad, Paul, was there to help his son throughout the morning, first with his collar, then his tie and finally, gave him his watch to wear on such a special day.

I took the guys out for some photos where they had a good time walking around, looking dang handsome doing it. We took some traditional photos but the guys wanted more. We hid under some trees for cover as the rain came and as soon as it cleared out, we went into the kids play area because, why not? Jon and Paul immediately hopped onto the rocking horses because that’s what grown men do. And then they decided they wanted photos in the play structure but that wasn’t cool enough, they had to introduce the giant chess game pieces to the shot. AND FINALLY, if that wasn’t enough, they got a security guard to frisk our groom. I swear the ideas that come into their minds lol.

Once the shenanigans were done, the guys went back indoors to cool off from the humidity while I went to meet up with the ladies at the spa. 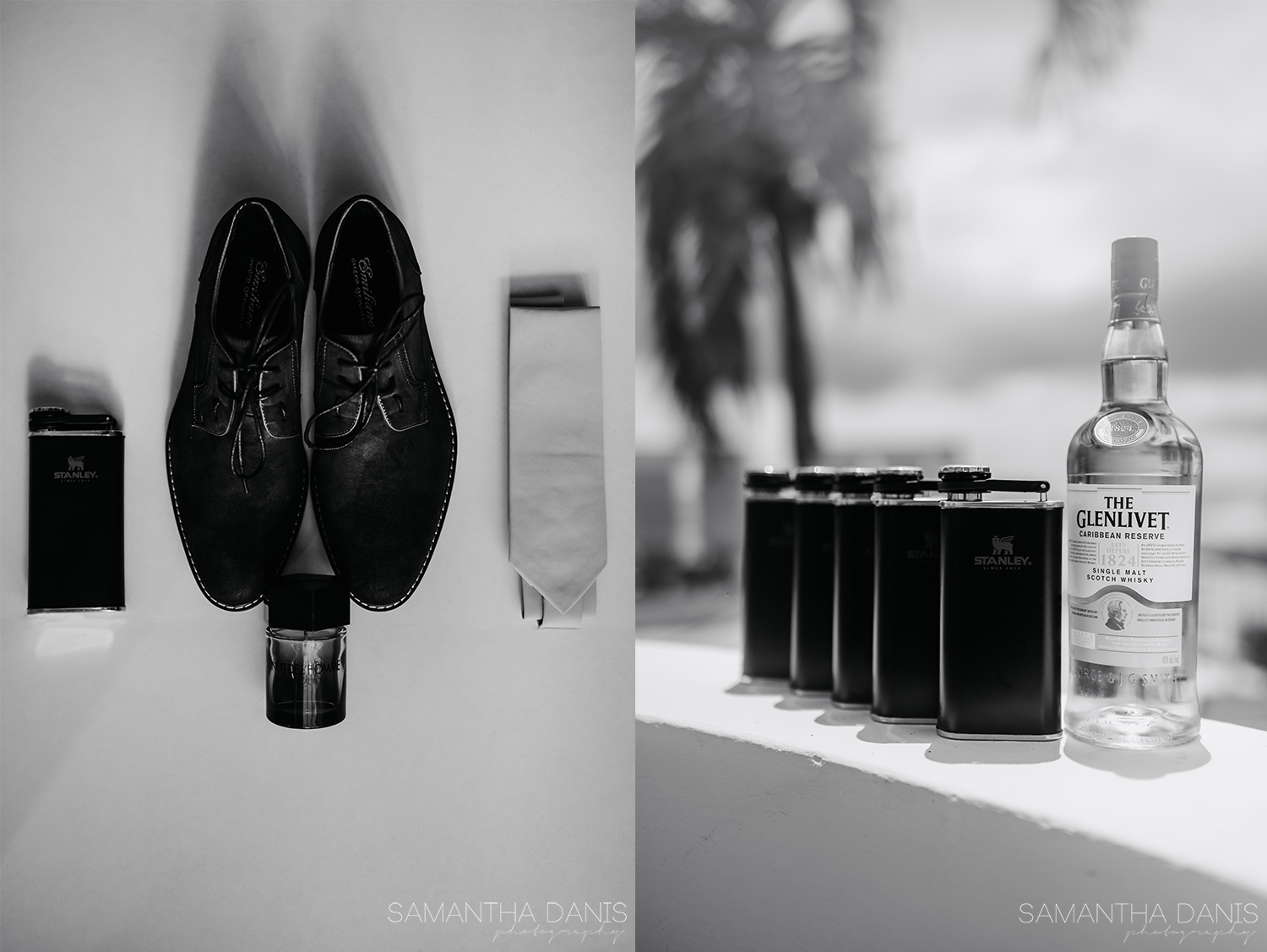 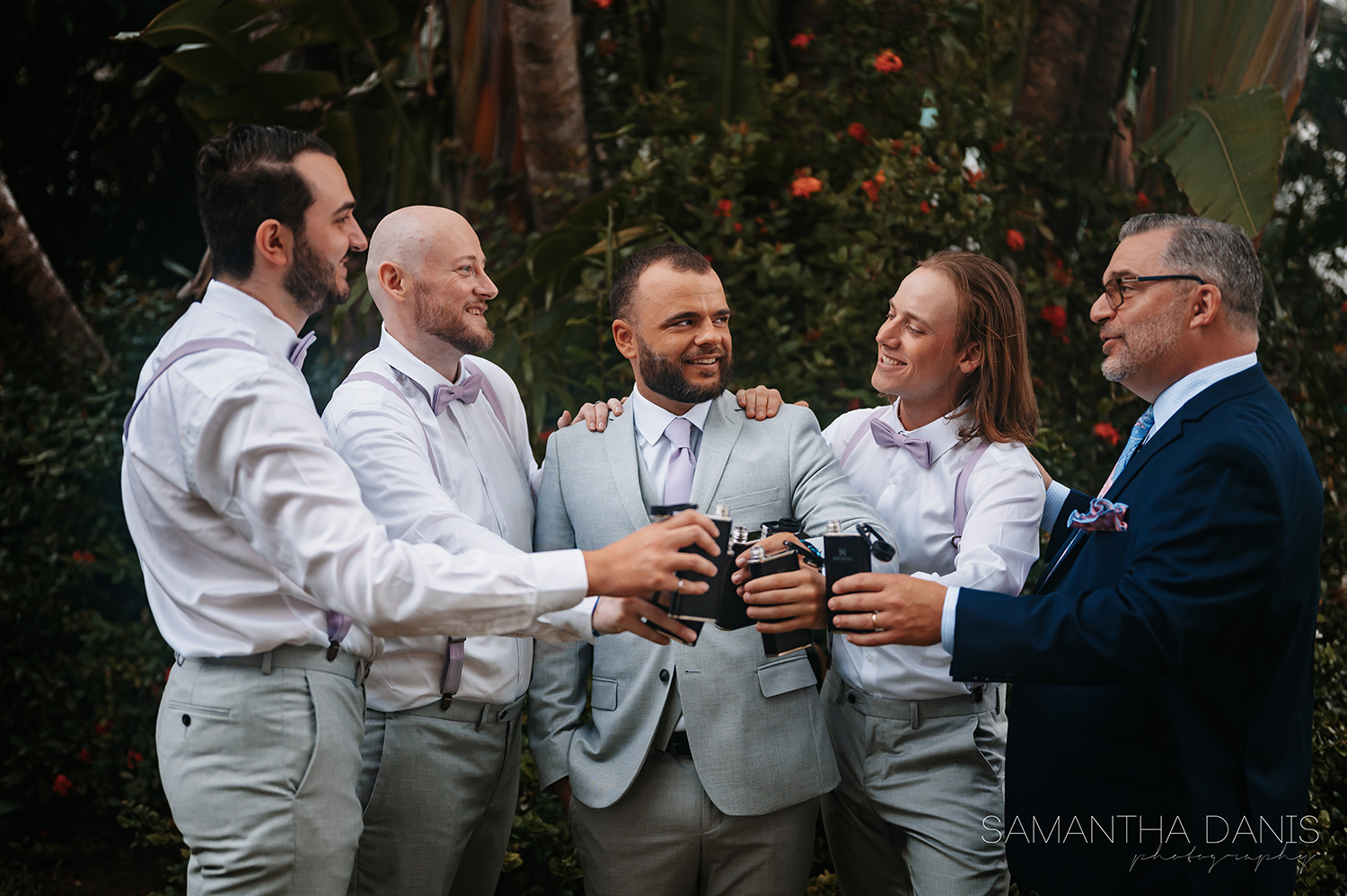 It was a fairly calm getting ready scenario as Kelsey was getting her makeup done and the rest of the girls were around the room doing their hair and makeup, eating some delicious food. Kelsey’s dress was beautifully placed on a mannequin, adorned with her late mother’s headpiece and veil. Her necklace also had a heart shaped locket which carried a photo of Kelsey and her mom. A beautiful way to have her present with her on her wedding day. She also had a pendant for her bouquet with a wedding photo of her mom and dad’s wedding.

Her step-mom Marilyn couldn’t help but watch as her step daughter got transformed into a bride before her eyes. She cried and it was beautiful to see. As we took photos of the girls in her robes, the energy started getting a little more hype and you could feel the excitement growing. The girls got dressed and I hid them away so Kelsey could get dressed with the help of Marilyn. Kelsey’s dress fit her like a glove and was absolutely stunning. It wasn’t long before I hid her away to do her first look with her girls. Funny enough, I didn’t have anywhere to put her so we opened up the closet doors and stuck her right in there. It was a huge closet that fit her floofy dress no problem. The bridesmaids couldn’t contain themselves when they saw their sister and friend in all of her beauty. They cried and hugged her and then it was time for two other special first looks. Dad and Jon, we’re coming for you. 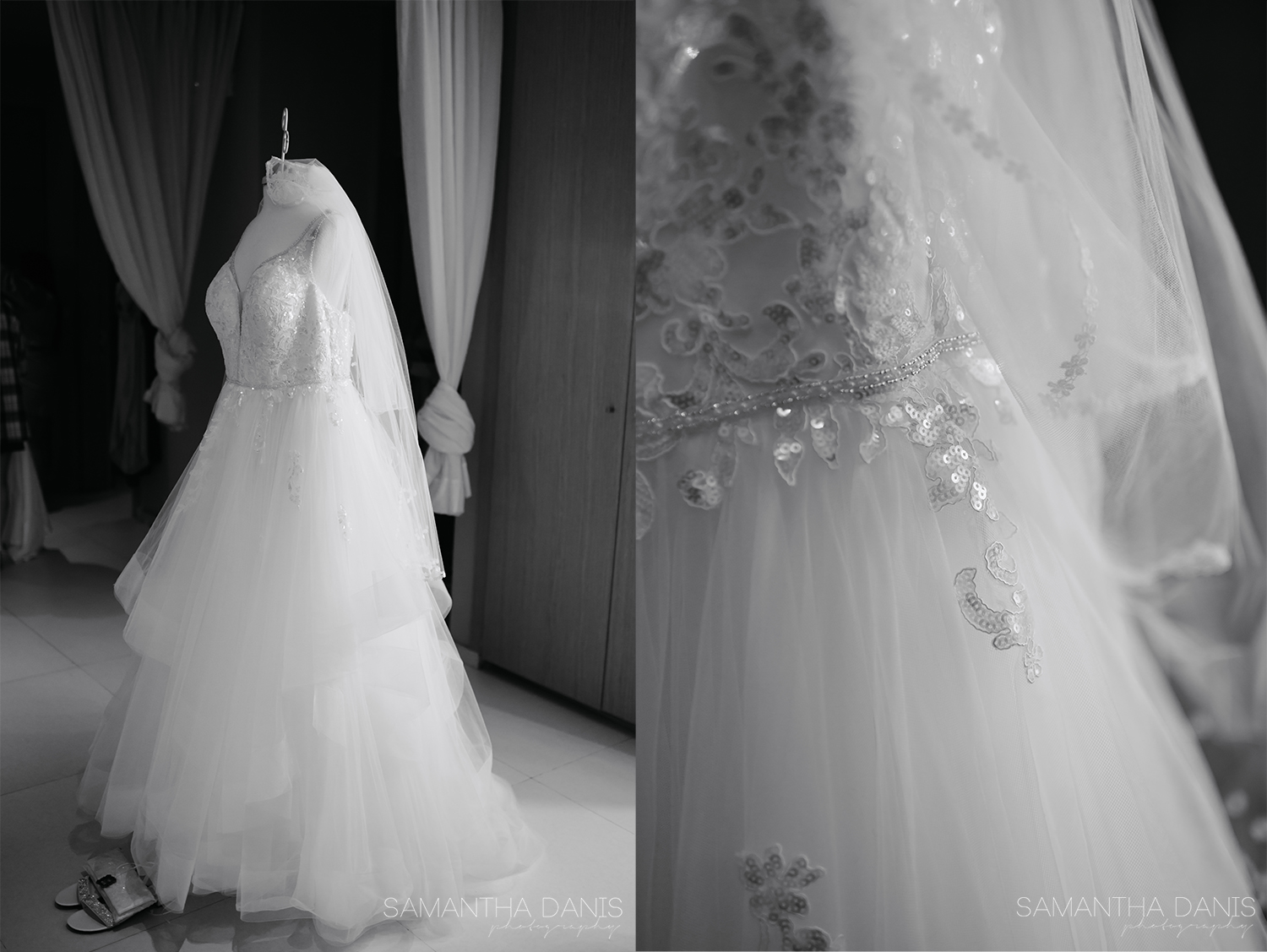 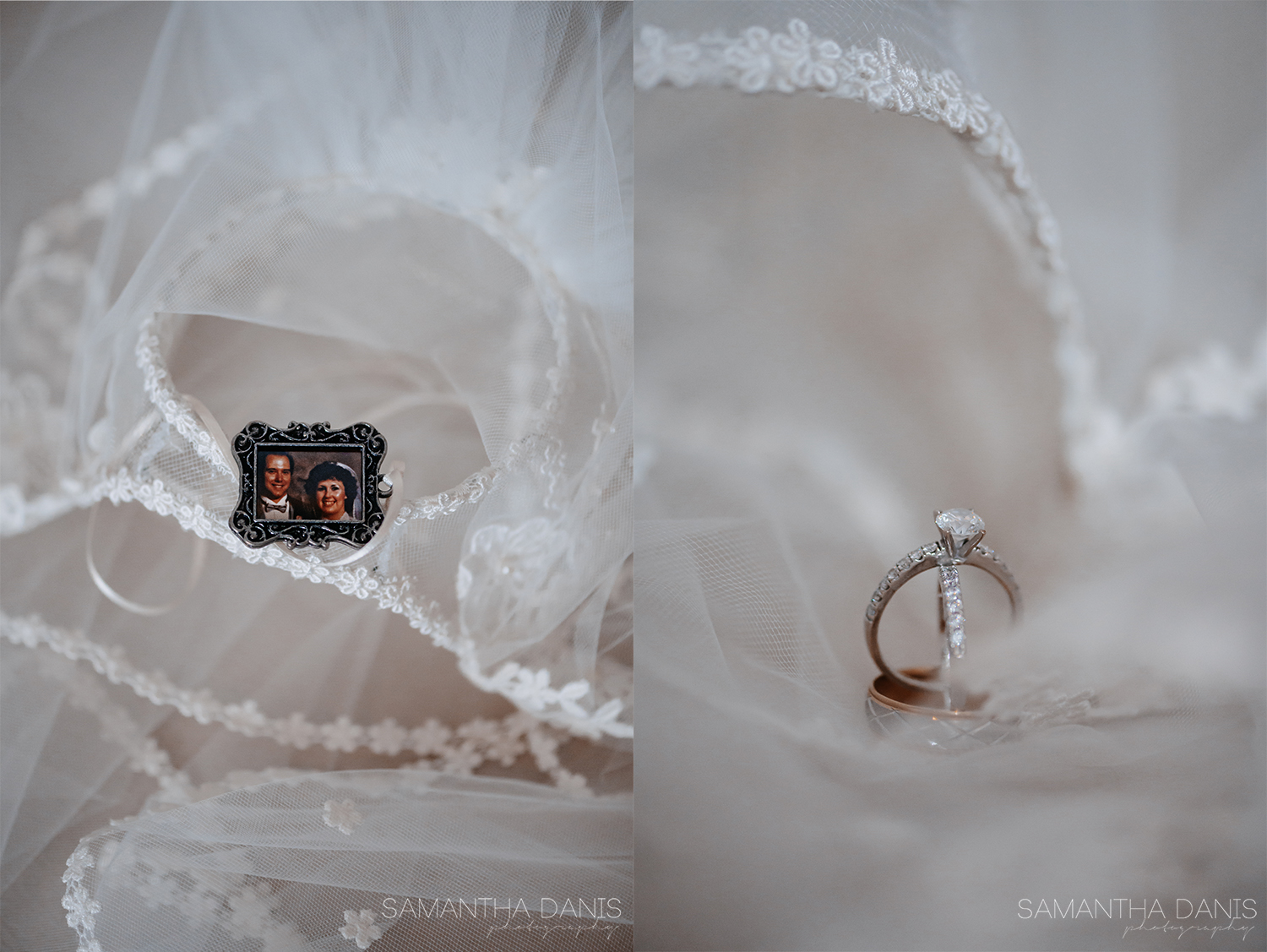 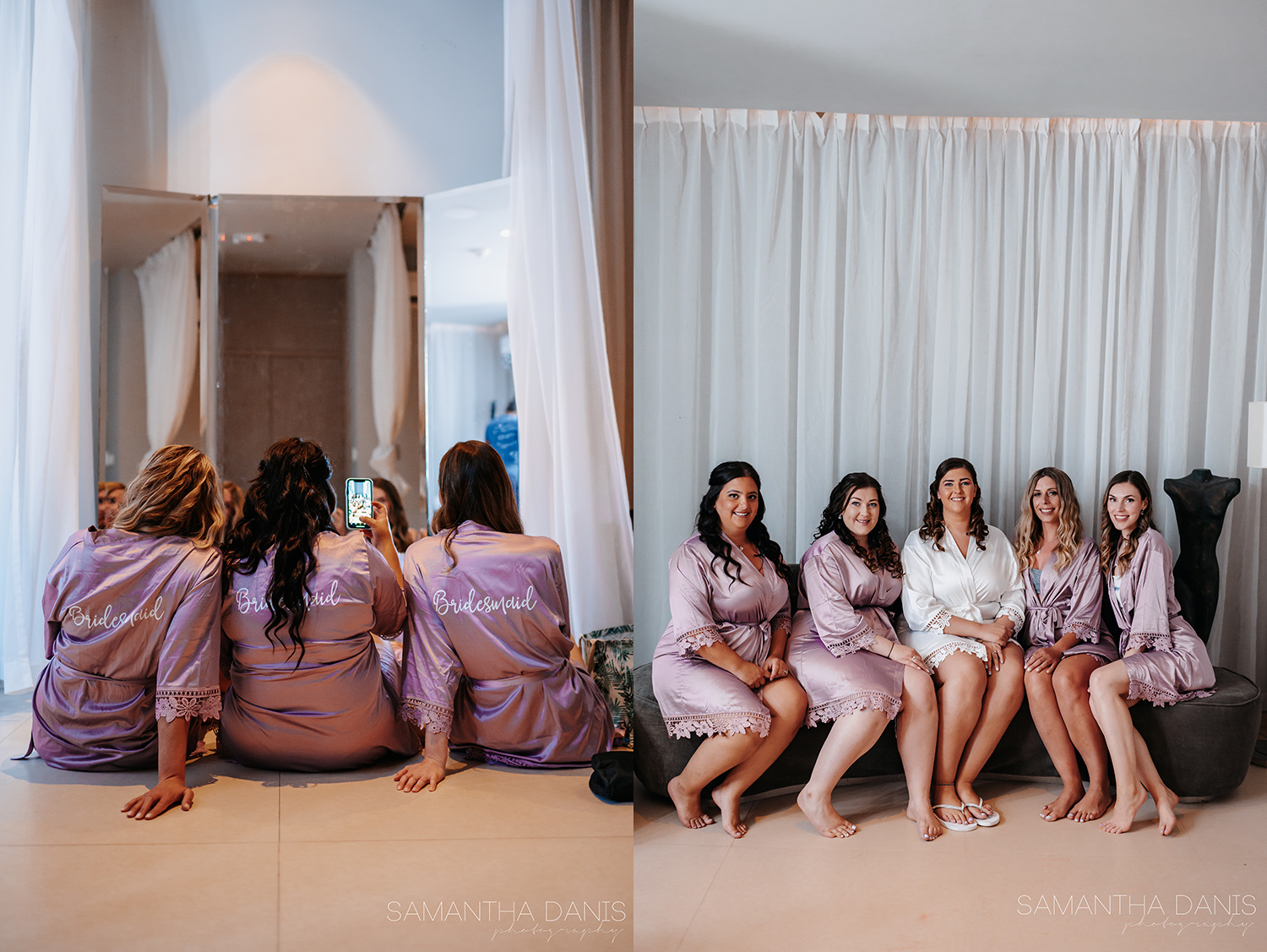 When we arrived outside, it had poured and we’d had no idea. I mean with the humidity, it made sense. I was grateful we missed it though! Rolly was waiting patiently for his daughter, even asking me if I could ‘’photoshop out his tears’’. Sorry Rolly, the tears are here to stay. When he saw his baby girl he just couldn’t help himself and let the tears flow. His smile said it all though if the tears didn’t.

Not far away was Jon waiting to see his soon to be wife for the first time. Kelsey walked over and tapped him on the shoulder and as he turned, he beamed. His smile was the sweetest. They held hands as they talked and Jon just looked at Kelsey with so much love. You could tell they were excited for the ceremony. While they were having their moment, I heard sobbing coming from behind me. I turned only to find both dads, Paul and Rolly, hugging and crying into each others shoulders. I almost cried seeing them myself if I’m being honest. It was honestly so sweet. And then, after a few quick photos with the girls, everyone went in to quickly cool off before getting these two officially married. 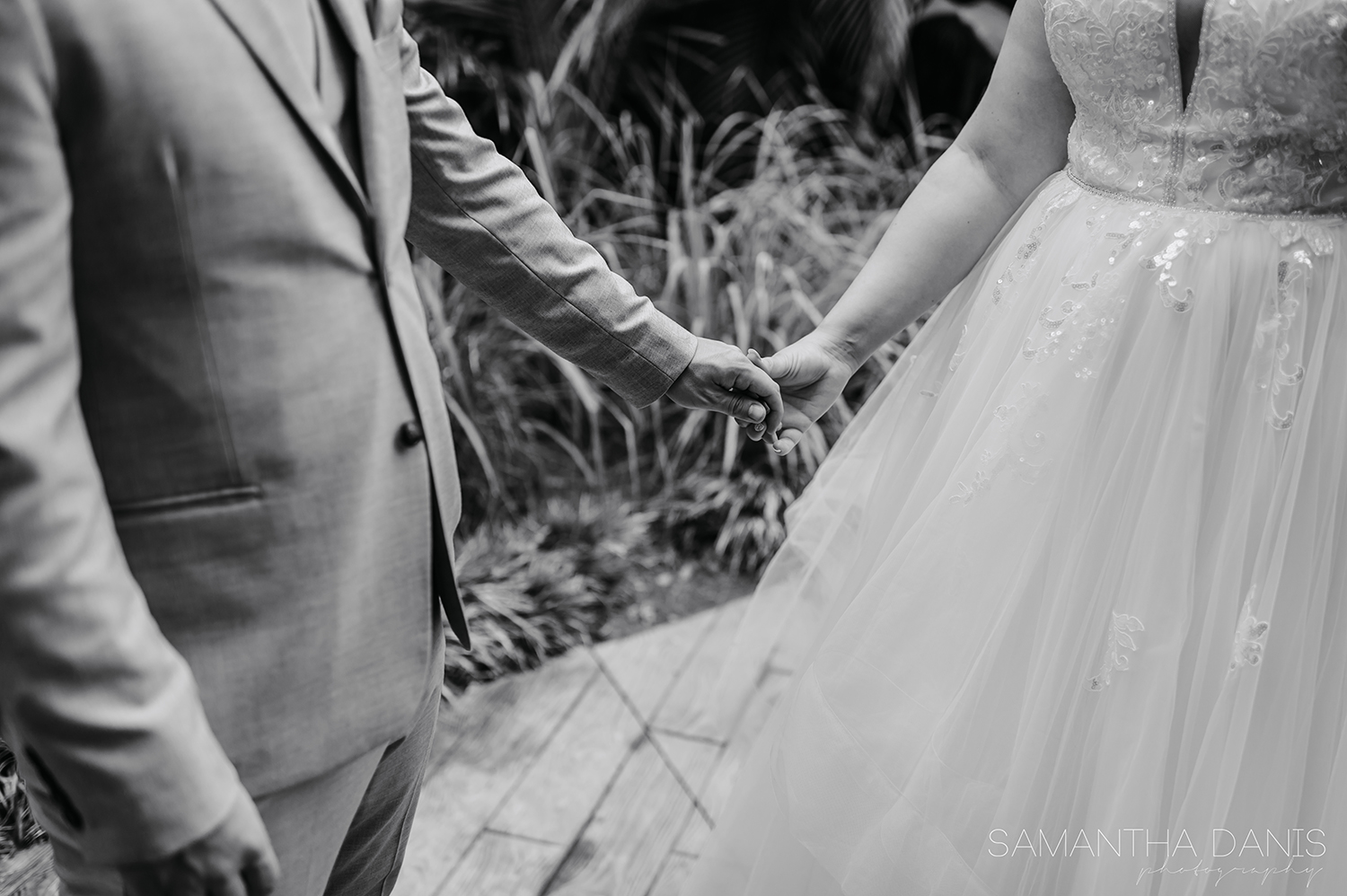 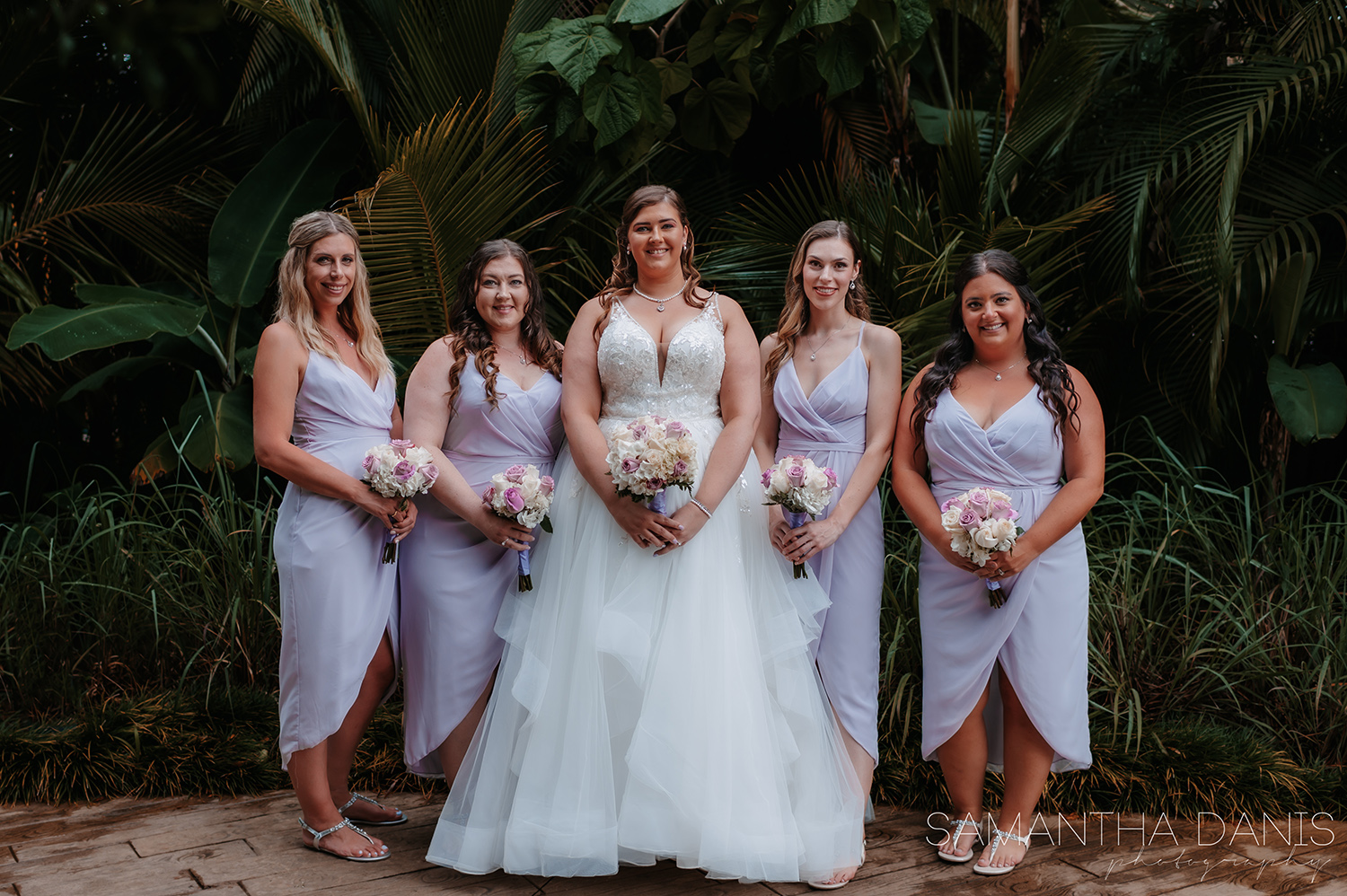 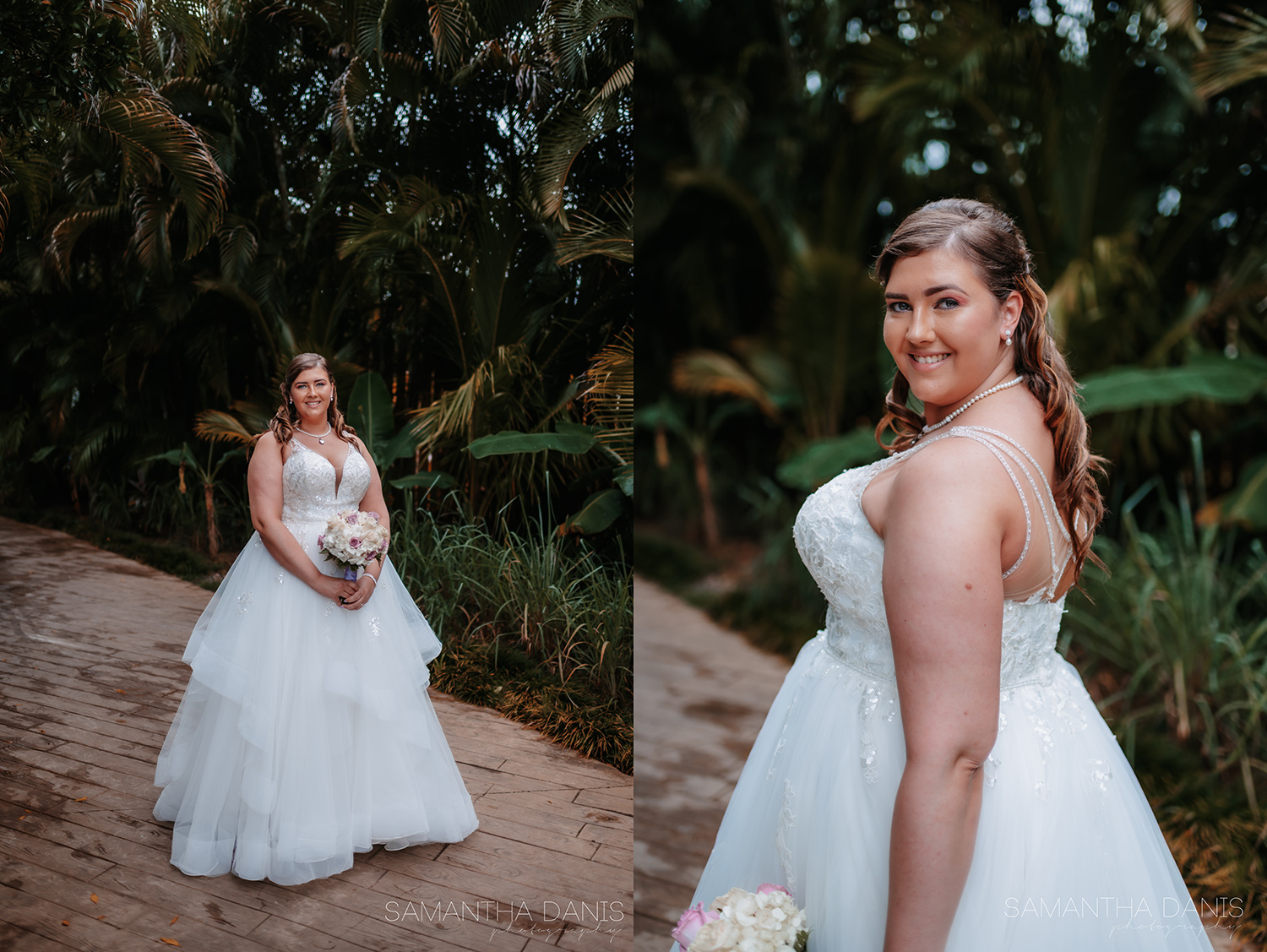 The ceremony was help on the beach with a beautiful arch decorated with white fabric and beautiful bouquets. The aisle was lined with pink rose petals, black lanterns with more flowers to pretty everything up. The gold chiavari chairs were also draped with pink tulle and tied so so beautifully. I mean, who wouldn’t love a beach side ceremony over looking the ocean?

Everything went to wonderfully during the ceremony. There was a lot of tears of course starting with a beautiful ode to Kelsey’s late mother. Her step-mom, Marilyn walked down the aisle holding a beautiful sign for her. Jon waited for his bride, getting a little sweaty but you couldn’t hardly tell because sir was very smart in his suit selection. Not gonna lie, probably one of my favourite suits I’ve seen on a groom. Kelsey walked down the aisle, arm in arm with her dad, her face covered by her mom’s veil. Jon greeted Rolly with a handshake, took his bride and guided her to their spot and removed the veil so he could see her beautiful smile.

John, his best man, took a quick moment here to wipe down his best friends forehead, after all, he was about to say I do. Kelsey and Jon exchanged vows and their rings which lots of laughter in between. A great moment was when Jon didn’t quite hear what the officiant had said so he tried to say it, but didn’t quite get it and so everyone broke out in laughter. He repeated himself, got it this time and after all was said and done, a kiss to seal the deal. 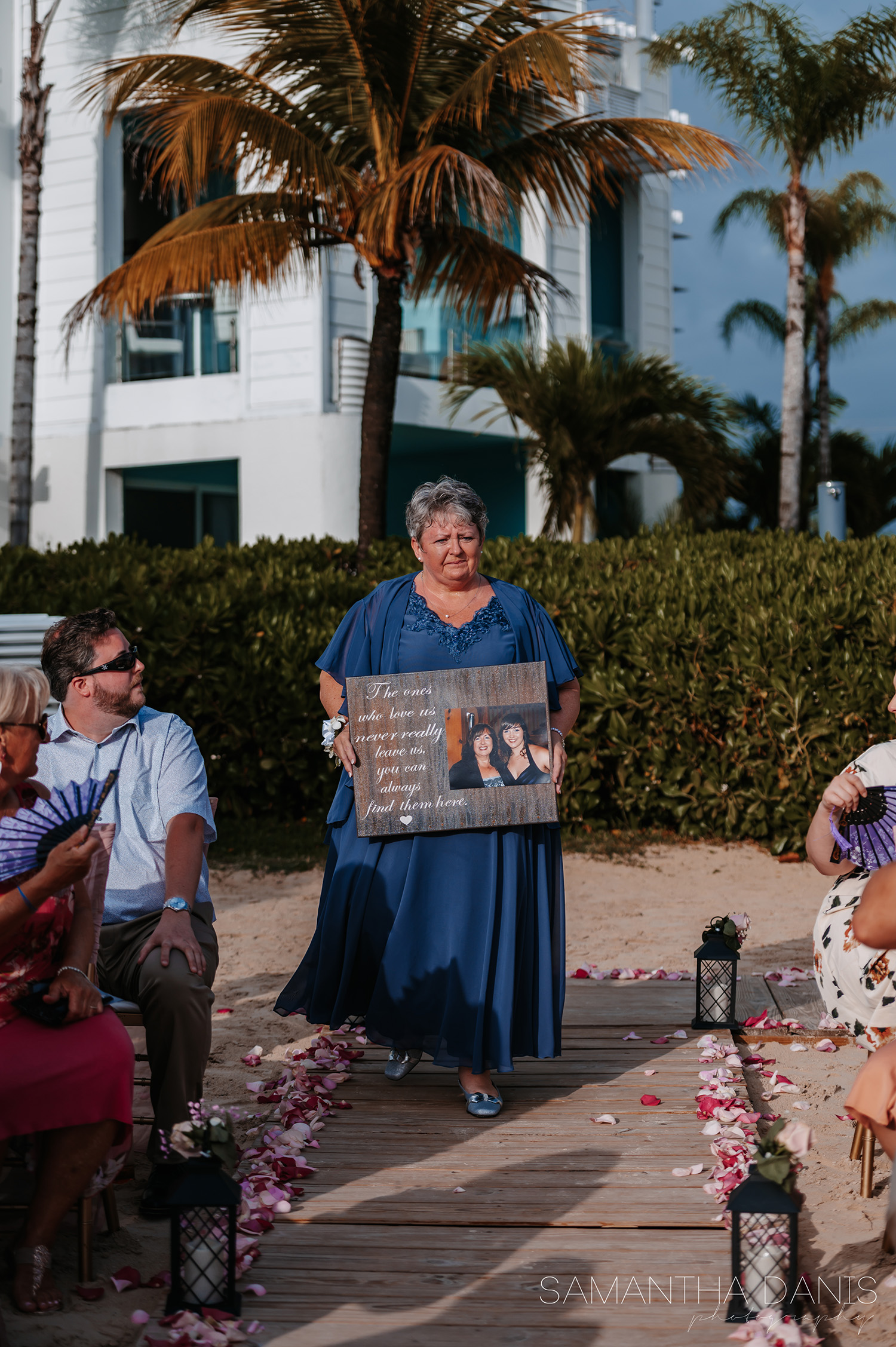 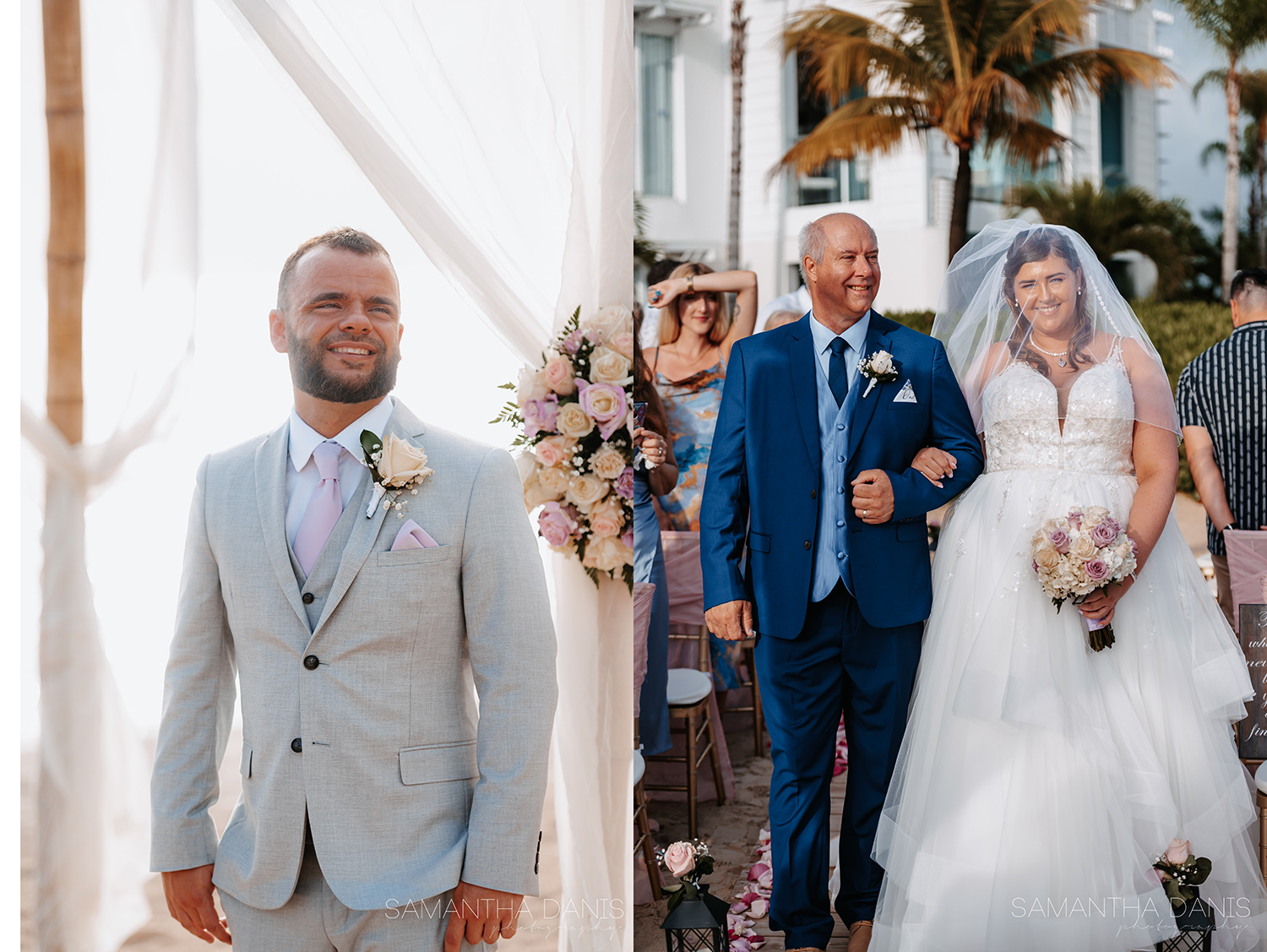 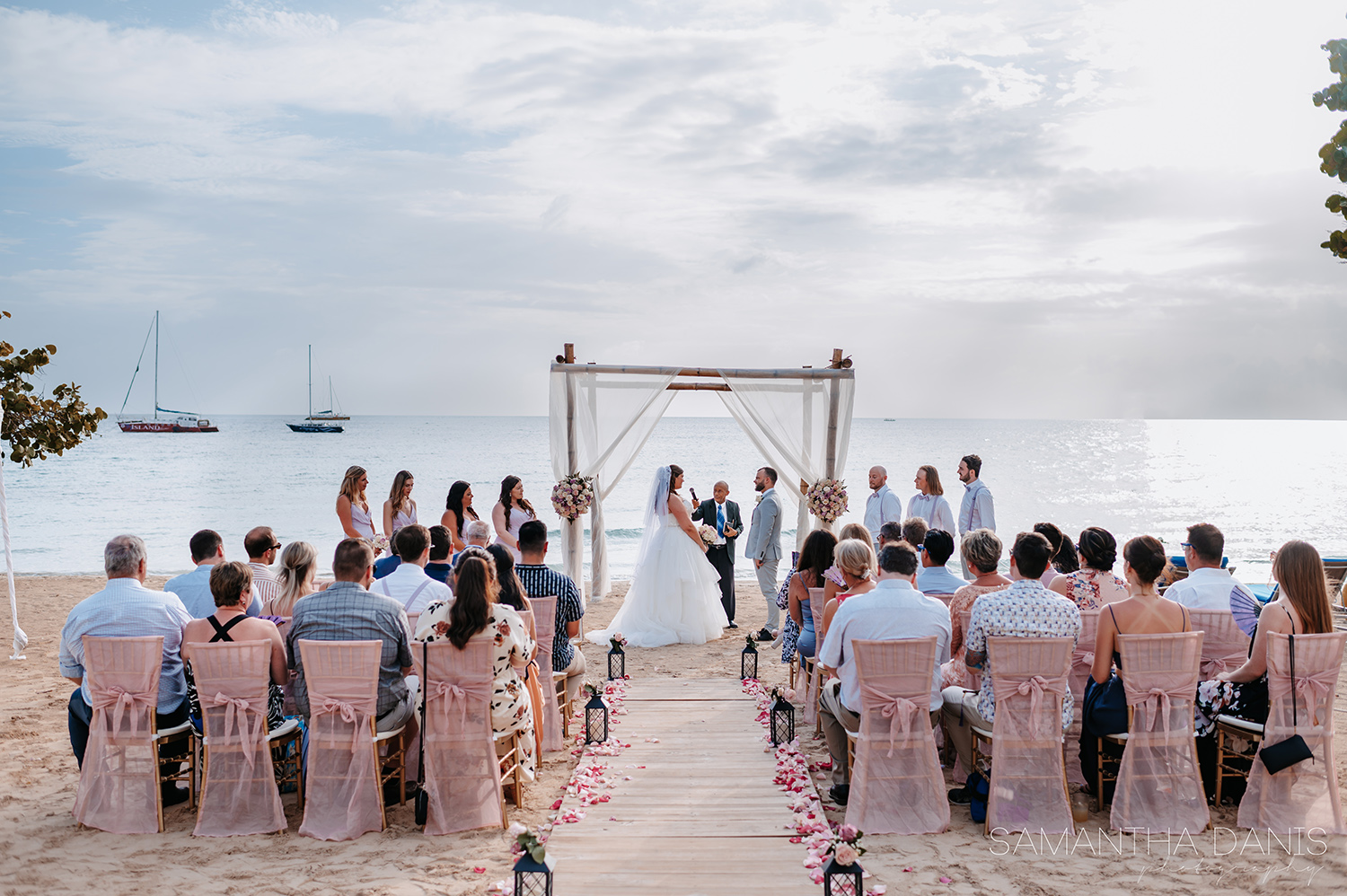 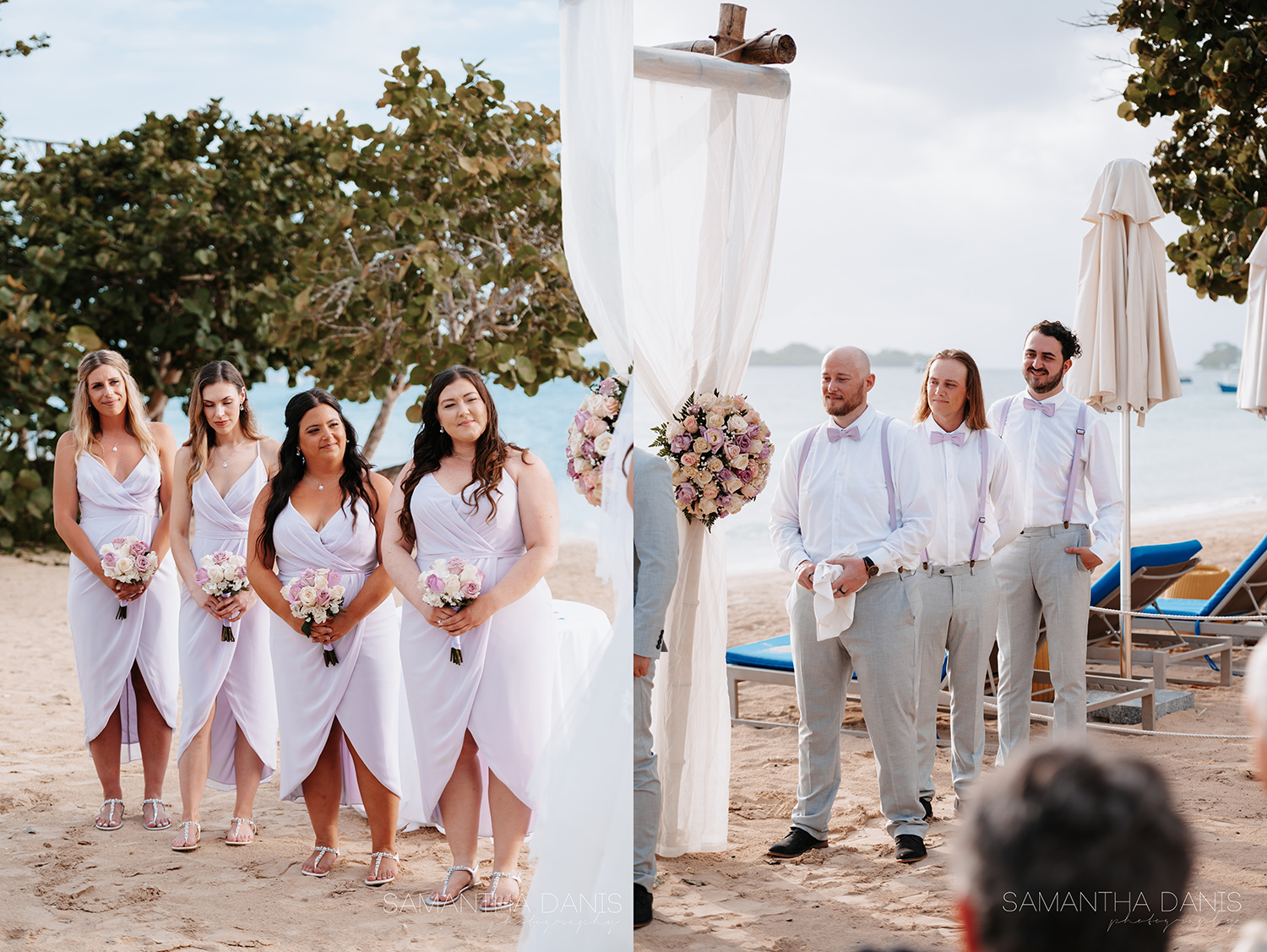 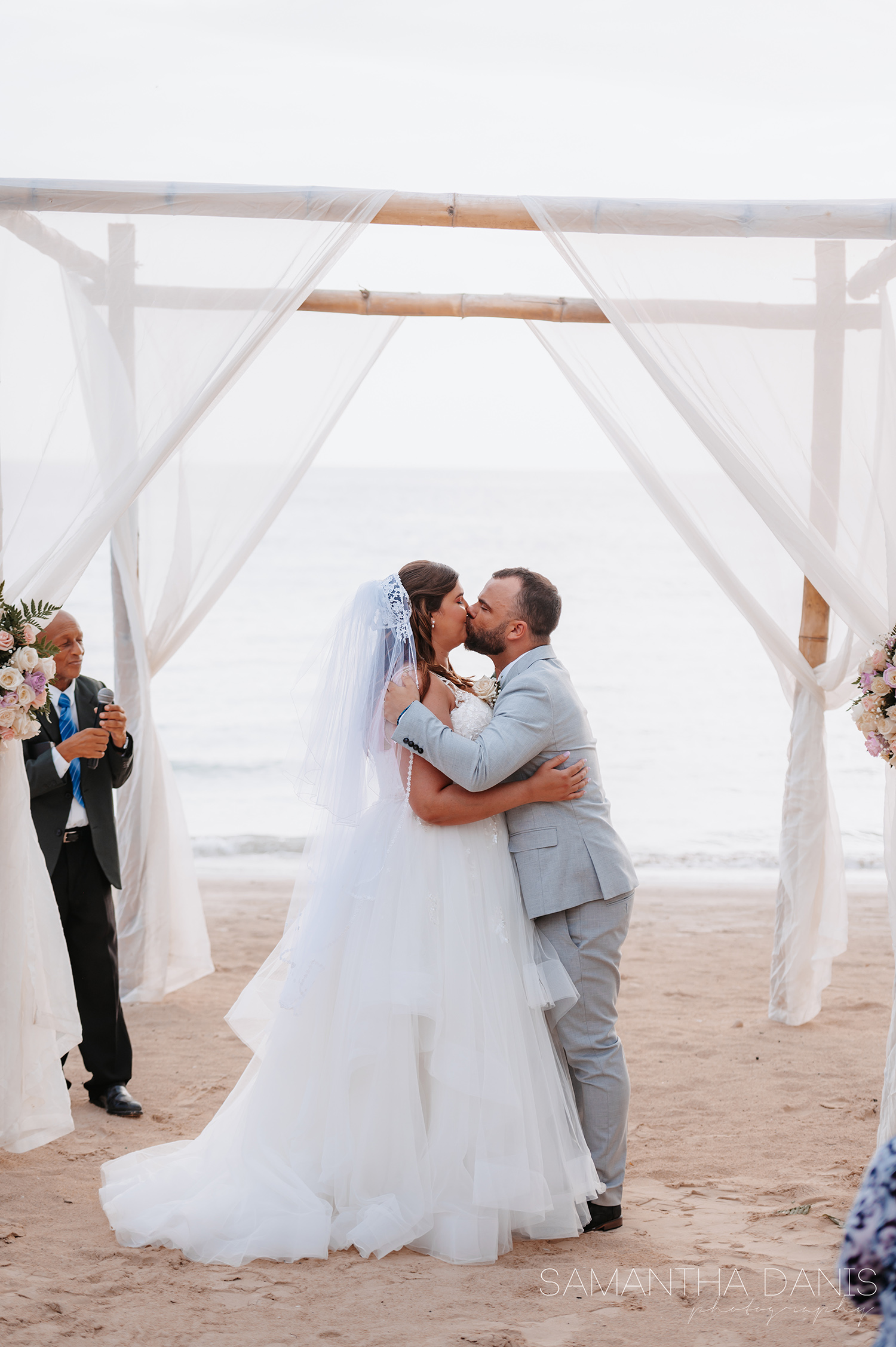 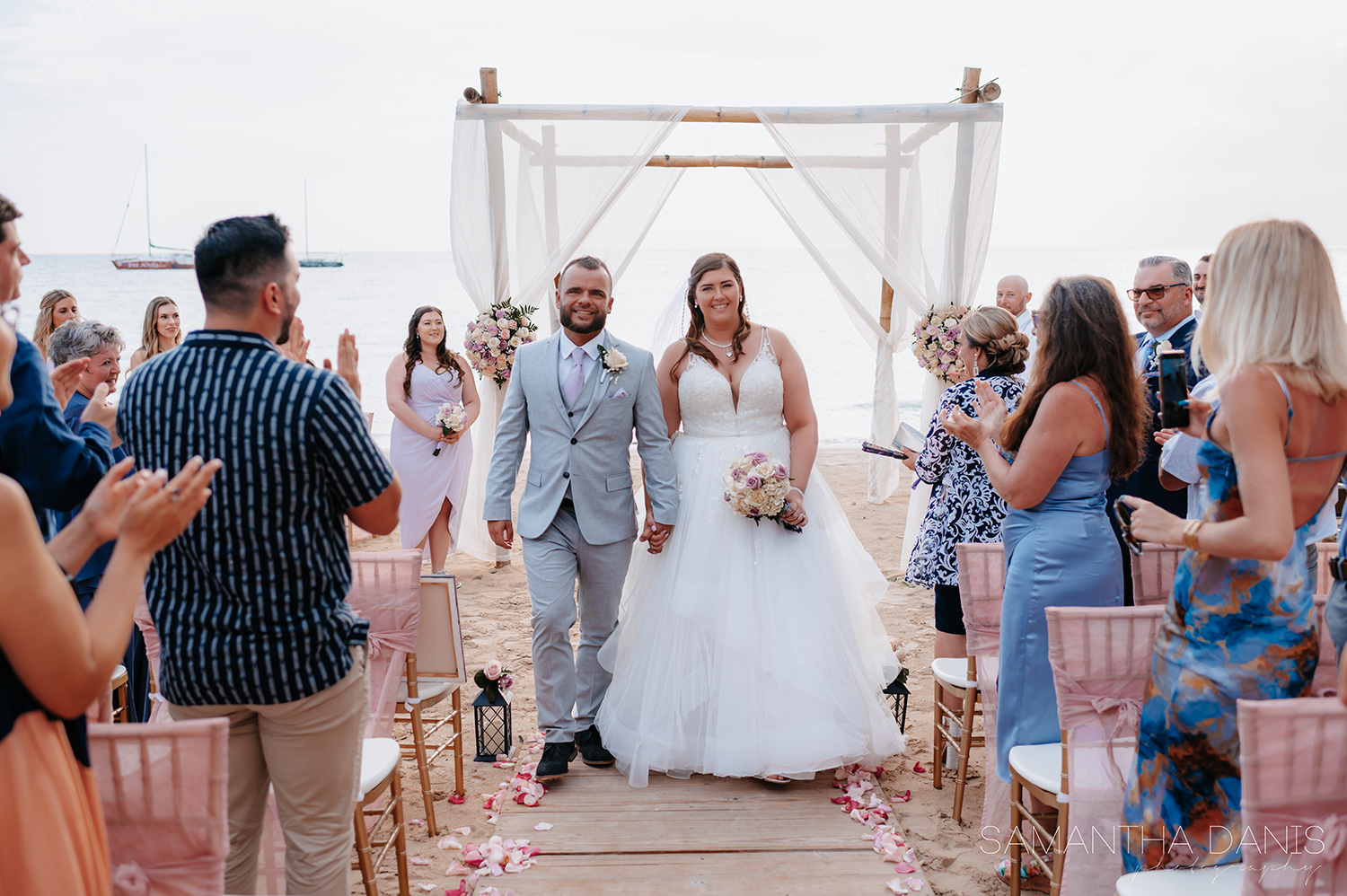 After the ceremony we proceed with an entire wedding group champagne toast on the stairs while we did a group shot to commemorate everyone who was able to come out for these two special people. Some people got so excited that champagne flew out of their glasses ‘’ahem, Louis, ahem’’. Jon’s mom Joanne decided to get a little wild to… find her in the crowd and see the face she’s making. After some family photos, we ended our evening with portraits on the beach.

Side note, special thanks to John, the best man for being a dress floofer-thrower extraordinaire. It’s thanks to him that we were able to get a magical shot ;). 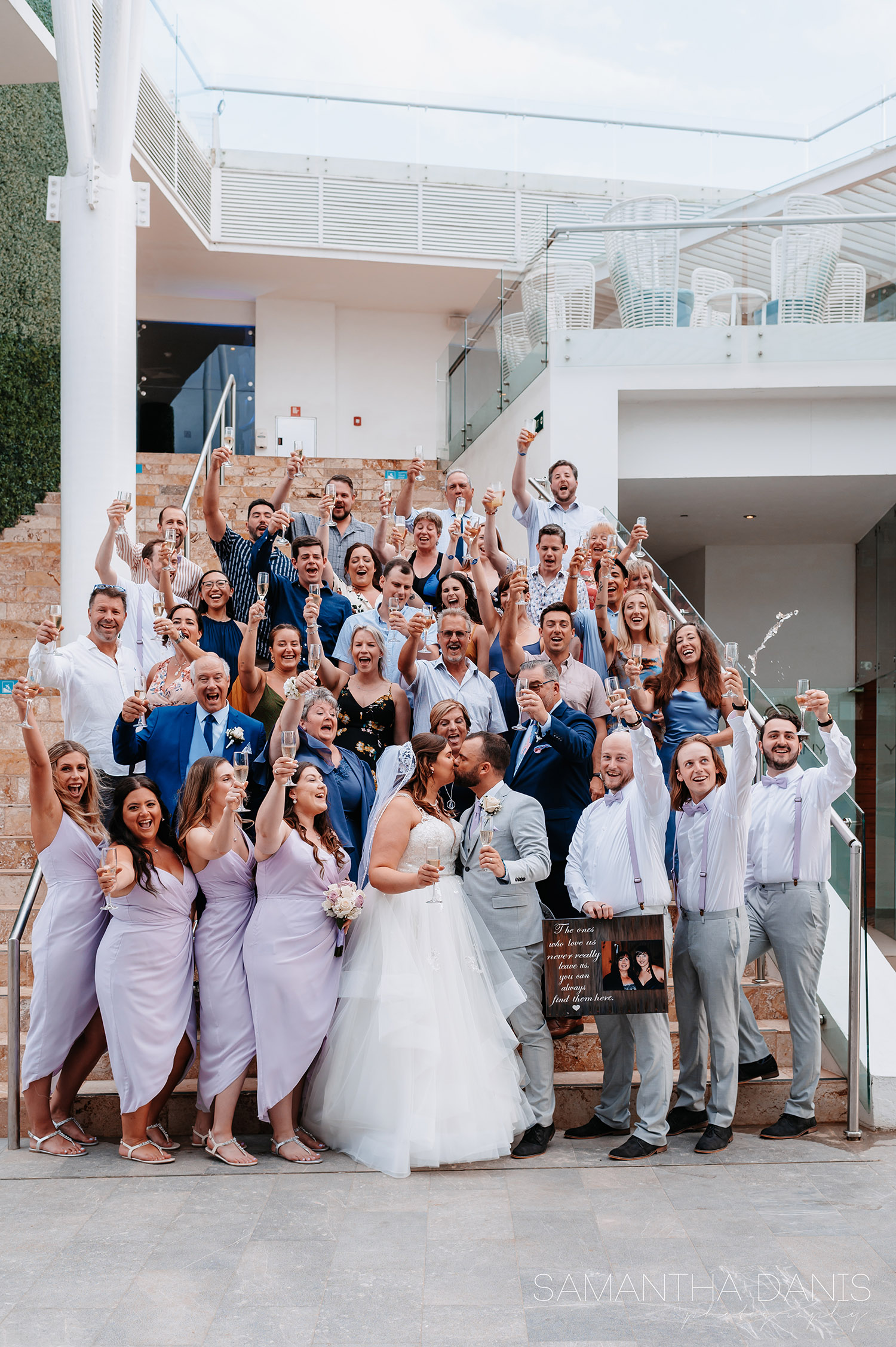 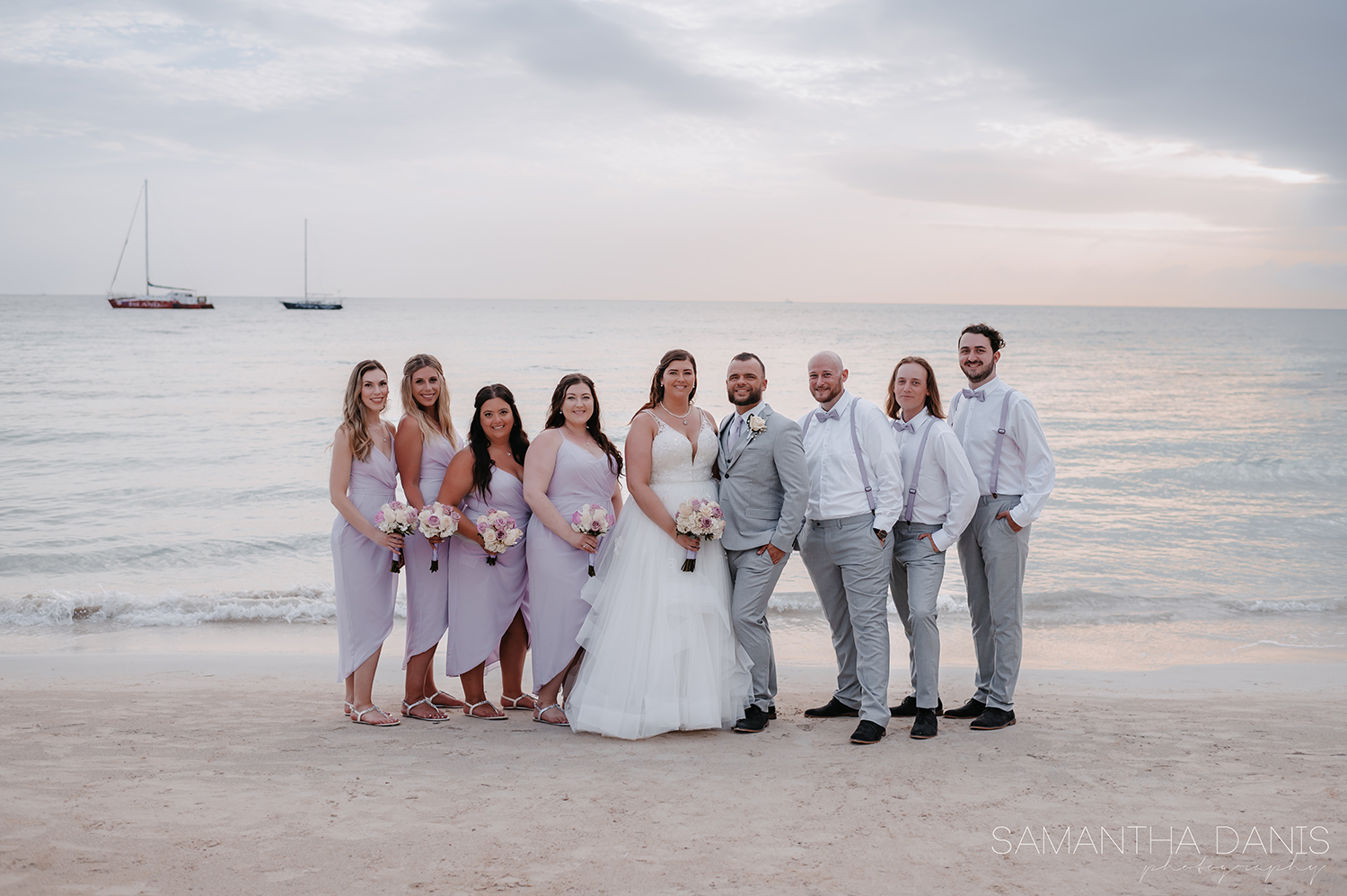 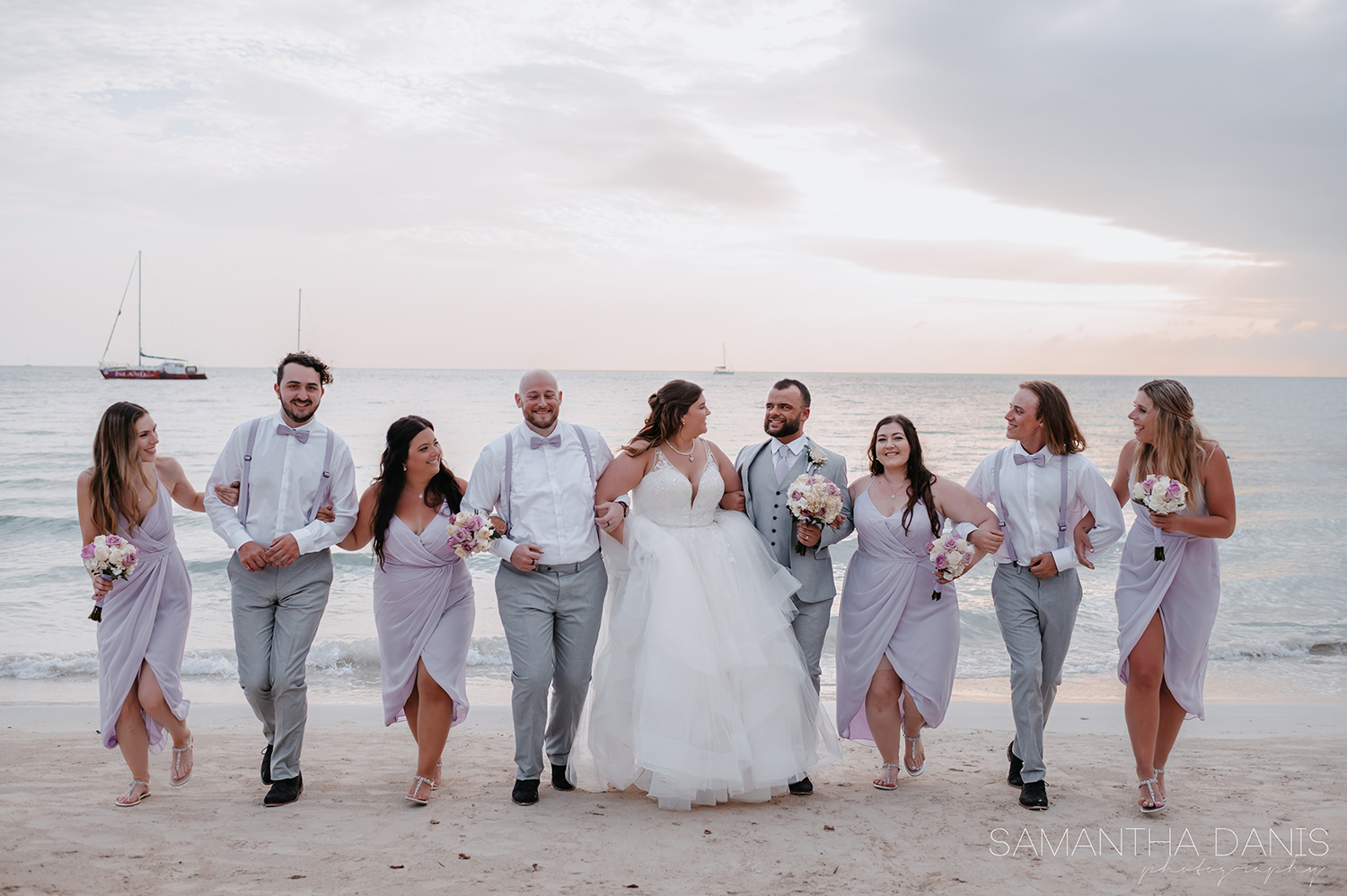 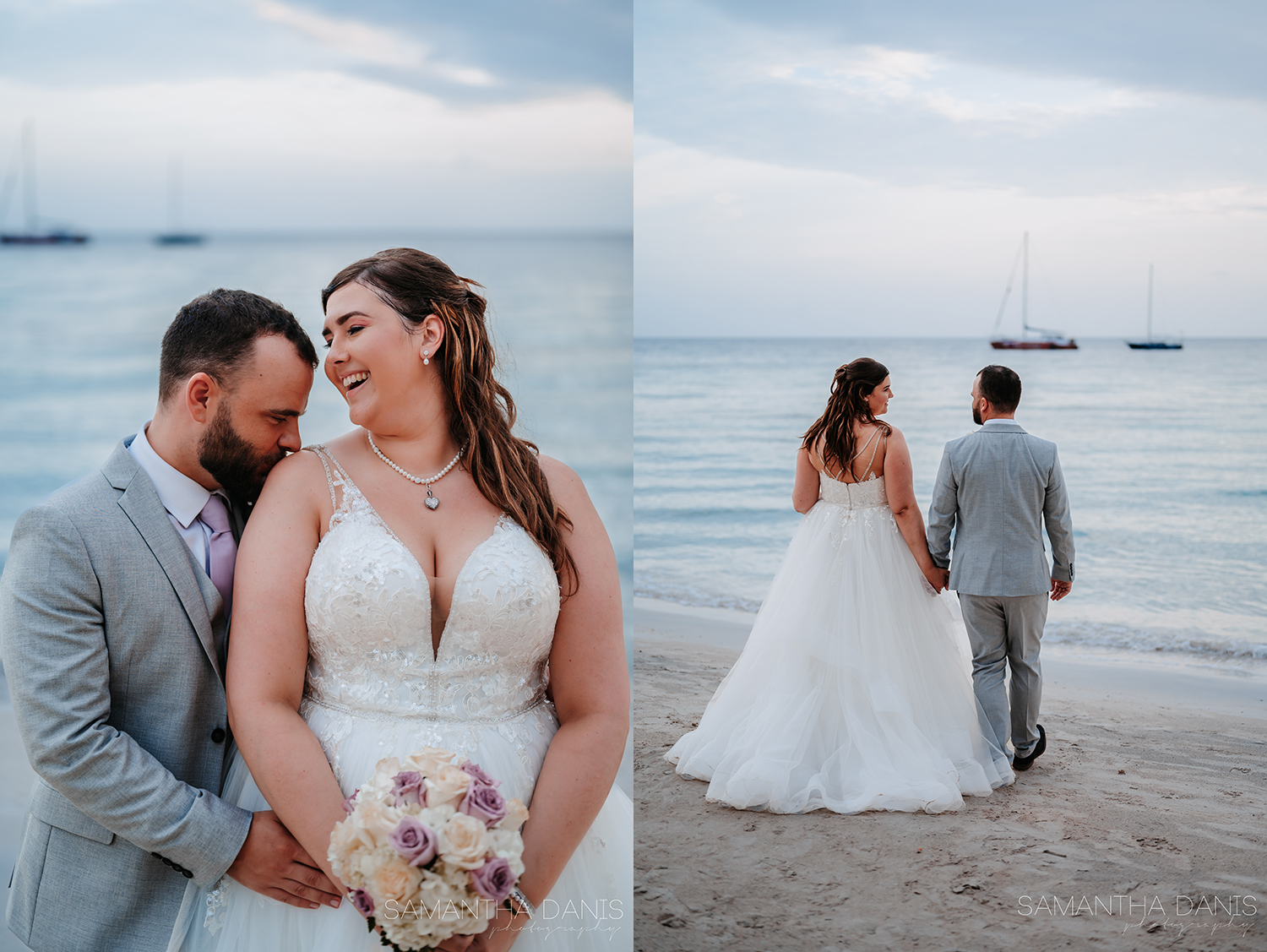 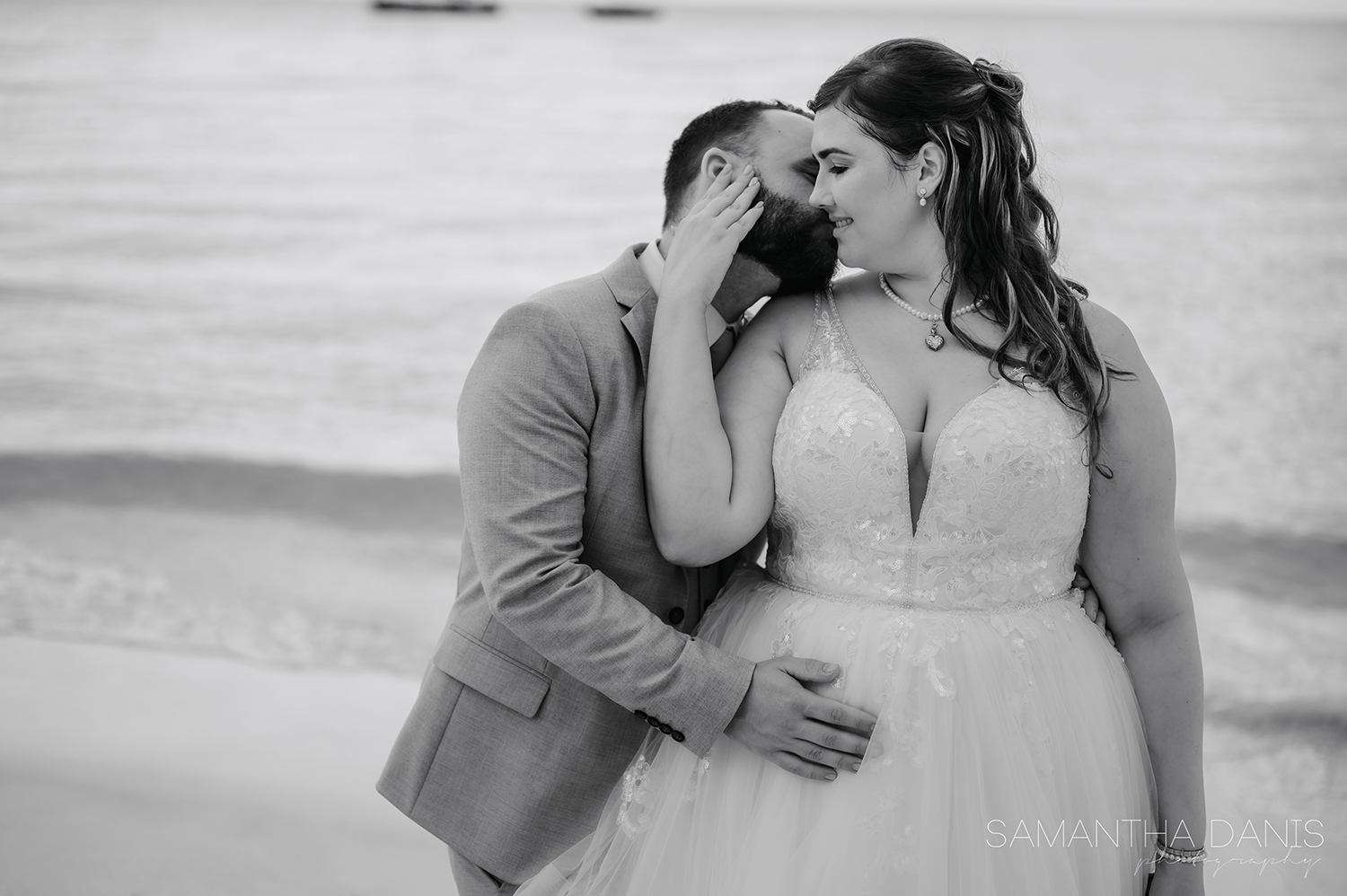 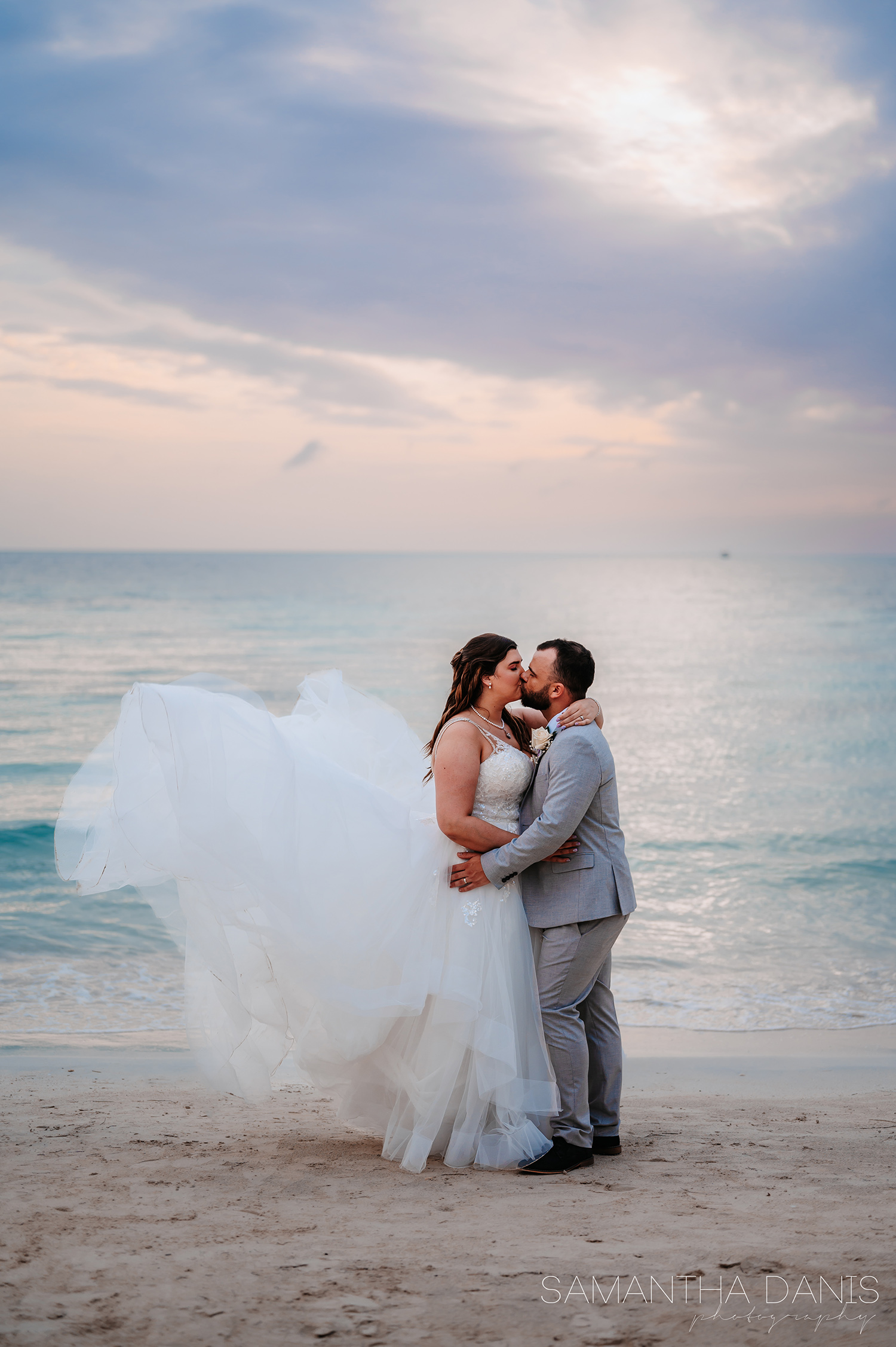 The reception was a party and half. The beach tent was decorated so nicely! My favourite touch was all the tables were named after different drinks, mine being Pina Colada, but my favourite being Blue Lagoon (if you’ve never had one, you really should). The party was MC’d by two of our couples friends who did a wonderful job keeping us laughing throughout the night. The wedding party walked in and gave us each a little dance followed by Kelsey and Jon who went right into their first dance. A choreographed dance to Michael Bublé. Jon wasn’t sure how he and Kelsey would be able to dance seeing as her dress was so fluffy but they did an amazing job getting WOW’s from their friends and family when they did their spins and twirls across that dance floor. Even doing an impressive dip at the end.

The evening was filled with a ton of tears. Like a lot of them. Jon’s dad performed a beautiful French song that his dad used to sing (the man can sing, but don’t tell him I told you that). The Bridal party speeches were also fun and sweet. Talking about how they all met the bride and groom and how their friendships have lasted throughout the years. The one that stood out to me though was Ed and Louis’s. Why you may ask? Because they talked about meeting Jon and spending time with him at school… MY SCHOOL! Turns out these guys went to De La Salle which was my highschool and they’re two years younger than me. Proof? My high school year book, check it out. Sorry for outing you guys in our year book haha. 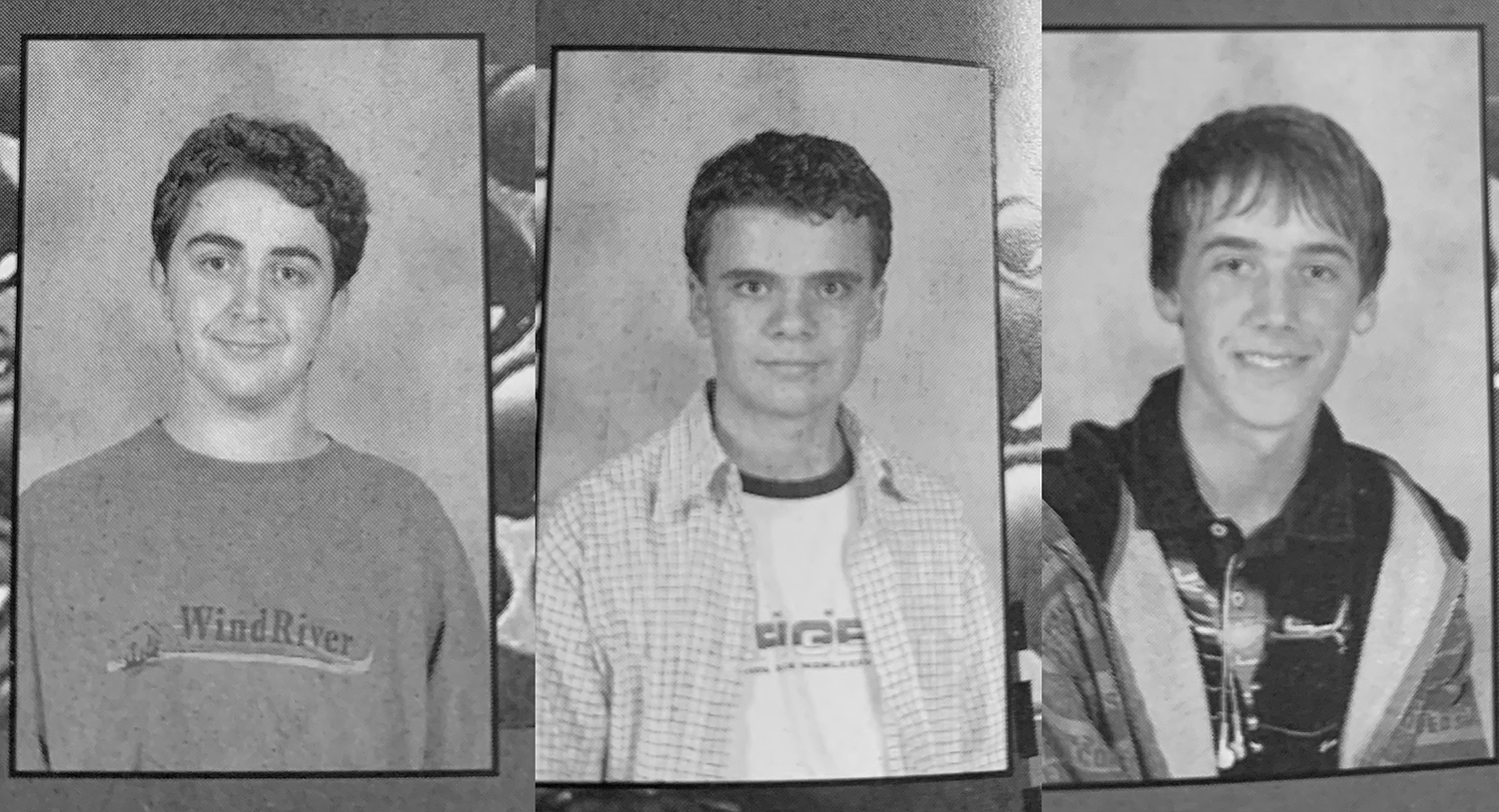 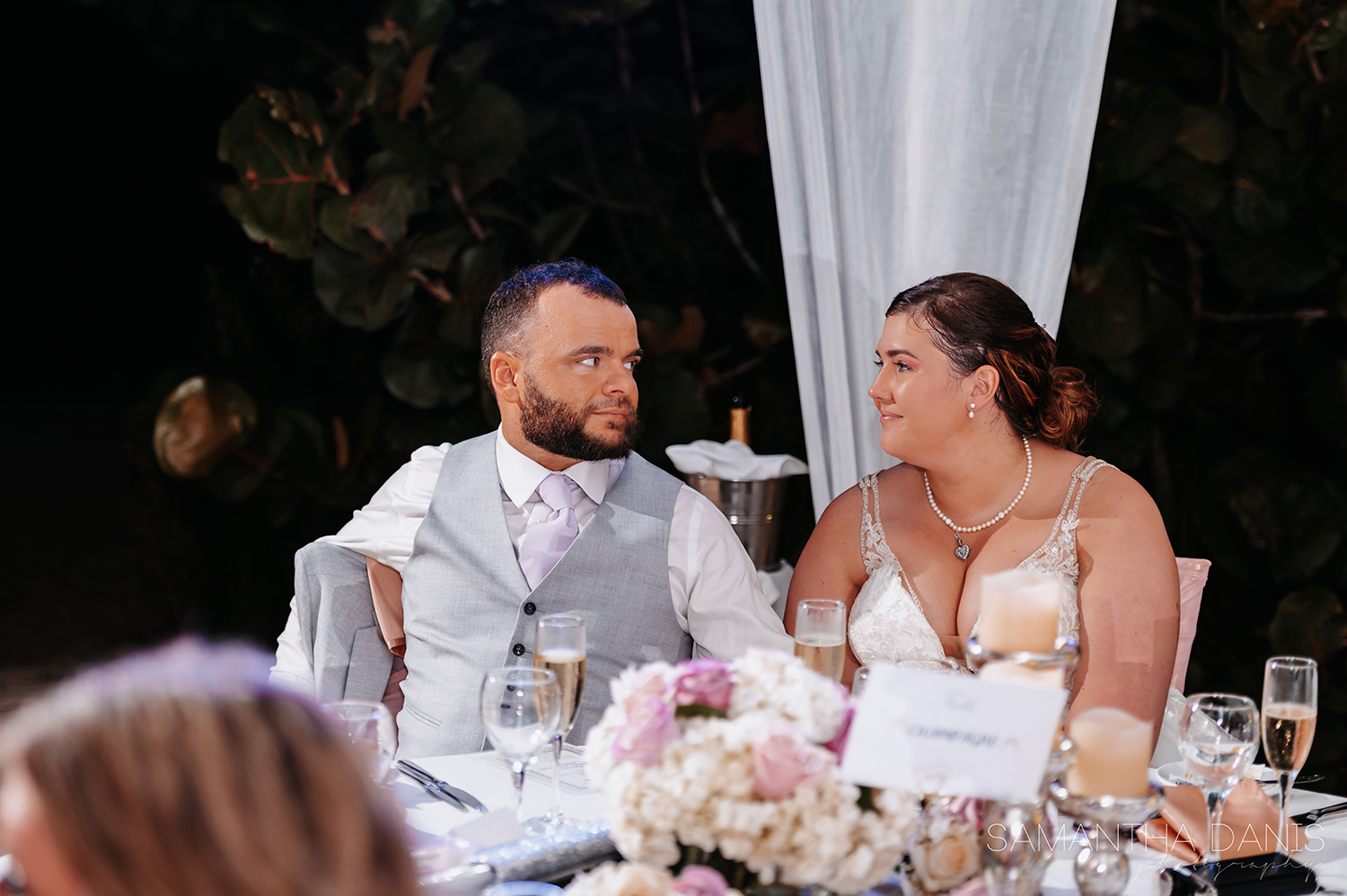 When Rolly and Marilyn went up to speak, they spoke to highly of Kelsey. How caring she is, how she puts others first, what amazing swimmer she is, how wonderful she is at doing her job as a nurse. But overall the consensus was simply. Kelsey is an absolutely amazing person and all of those who get the chance to meet her, are lucky to have her in their lives. I’ll attest to this, Kelsey is simply wonderful. And Jon’s parents, they of course spoke so highly of him. How gifted he is, how smart he is and of course, how loving he is. Paul was so proud that his son would one day take over the family business. You could see the pride he has in his boy. And Jo told him ‘’never stop giving those big, long hugs no matter how old you get.’’ Ultimately this speech ended in lots of tears and a big family hug.

Speeches were followed up by a beautiful father daughter dance and mother son dance. Which seemed like no one wanted to let go of each other. These moments always put a big smile on my face. 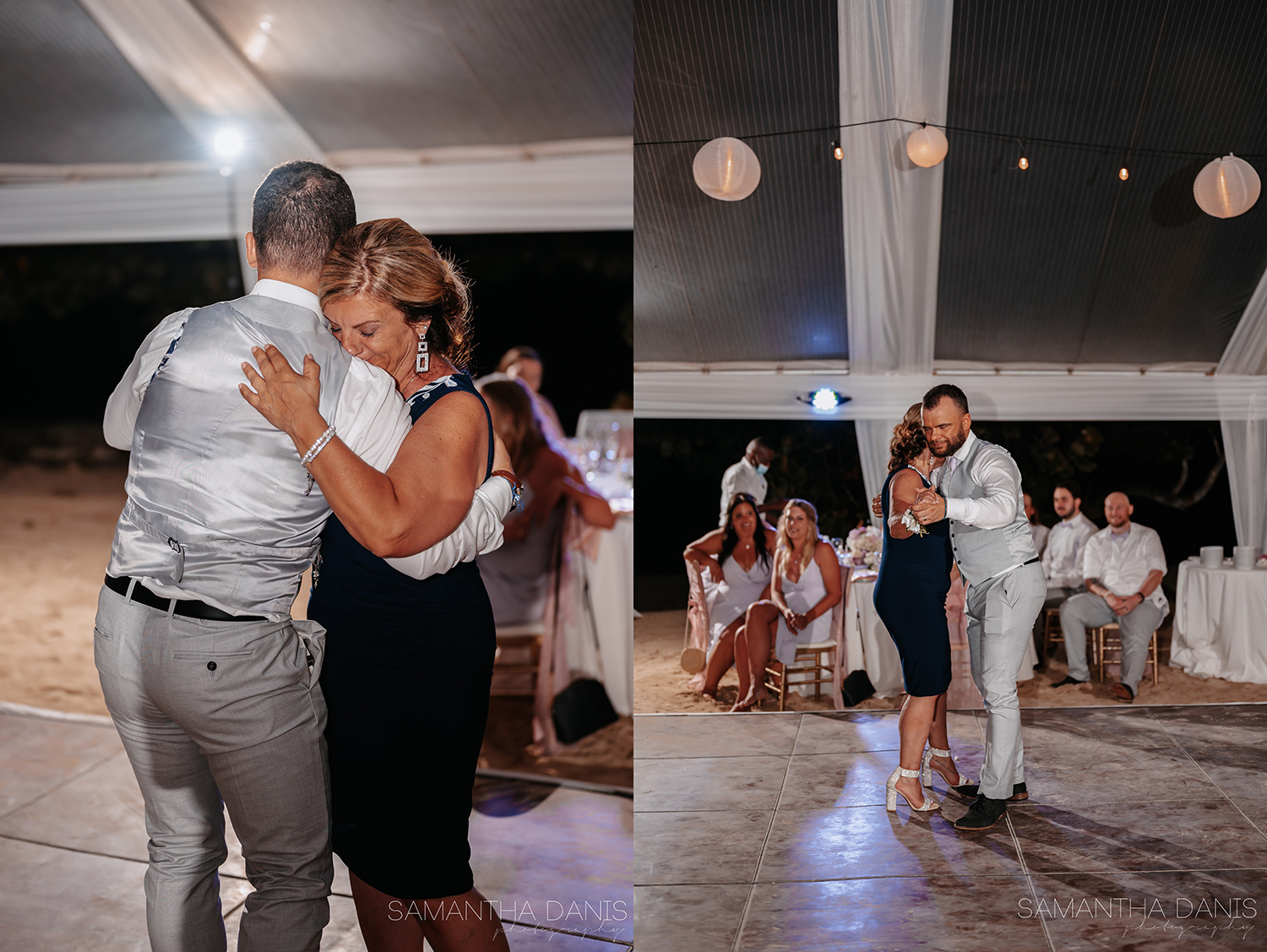 My night ended on the dancefloor, as it typically does. Dancing a fool with this amazing group of people. We were all sweaty but it didn’t matter because two amazing people just got married and it was time to PARTAY! The first person on the dance floor and last person to leave was Jo. She took off her shoes and never stopped going. A fun part of the night had to be all the French music that was playing, but especially SASKATCHEWAN. If you know, you know. Shirts went flying, ties were un done, shorts came on, shoes were gone, alcohol was pouring, it was a night they would never forget.

Needless to say, the hottest day in Jamaica during out week, was obviously the best. 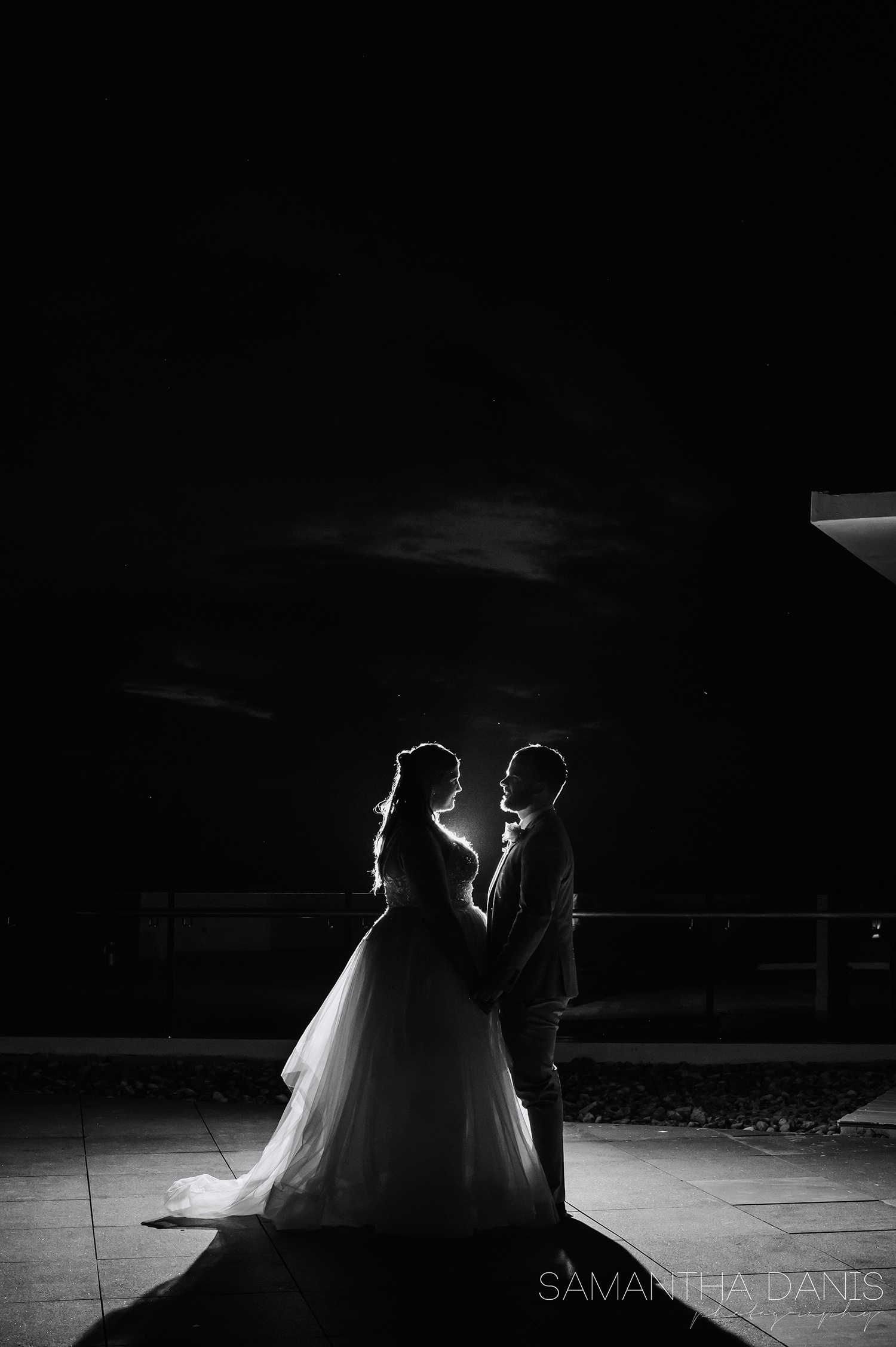 Kelsey and Jon, thank you to you both and your family and friends for being so wonderful, inclusive, and an overall joy to work with. I felt like an old friend spending time with you all and am so grateful to have been a part of such a special day with you. Let’s meet on the beach again some day with some cool slushy drinks. Maybe they’ll have Blue Curaçao this time ;) xo 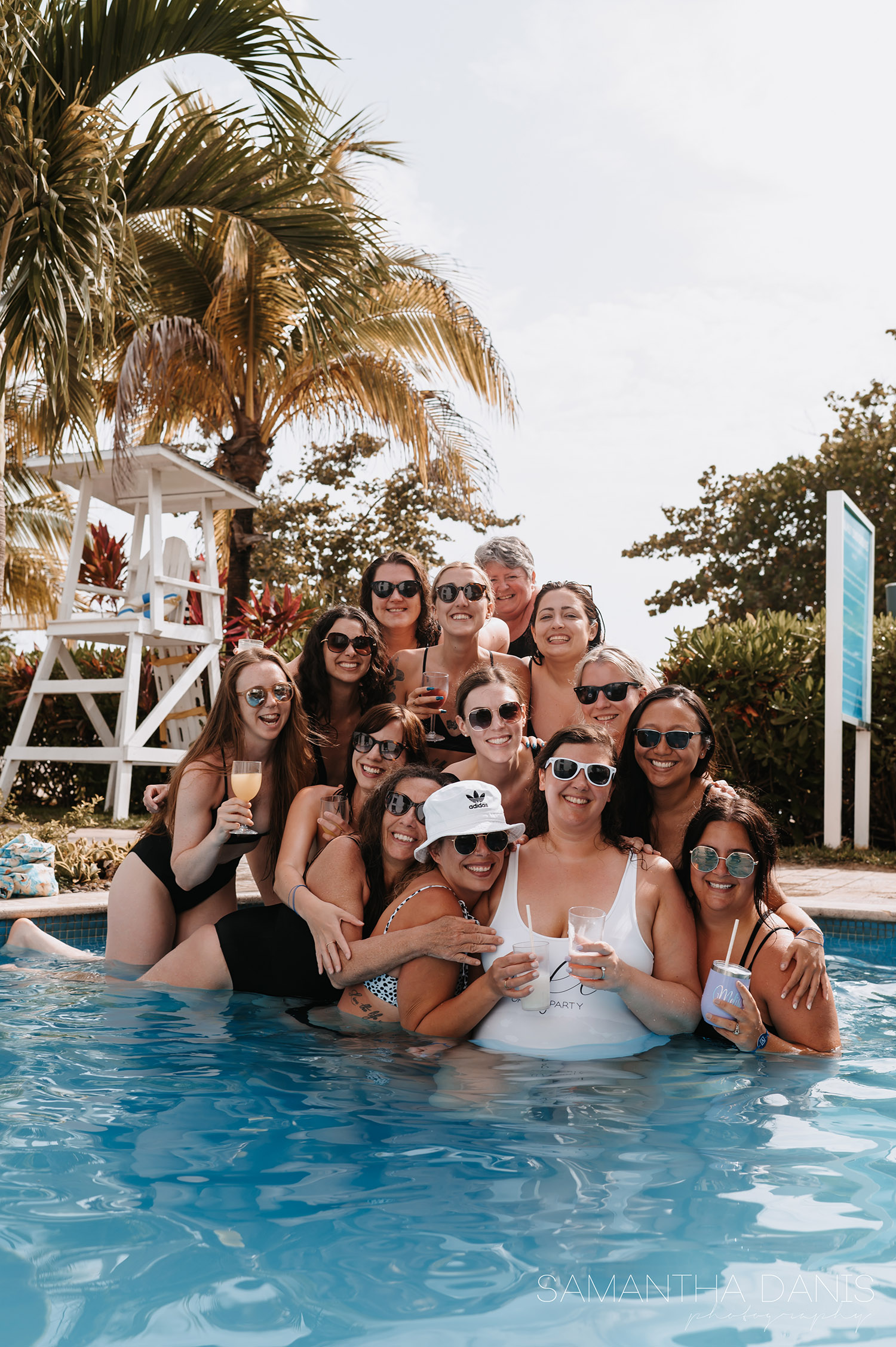 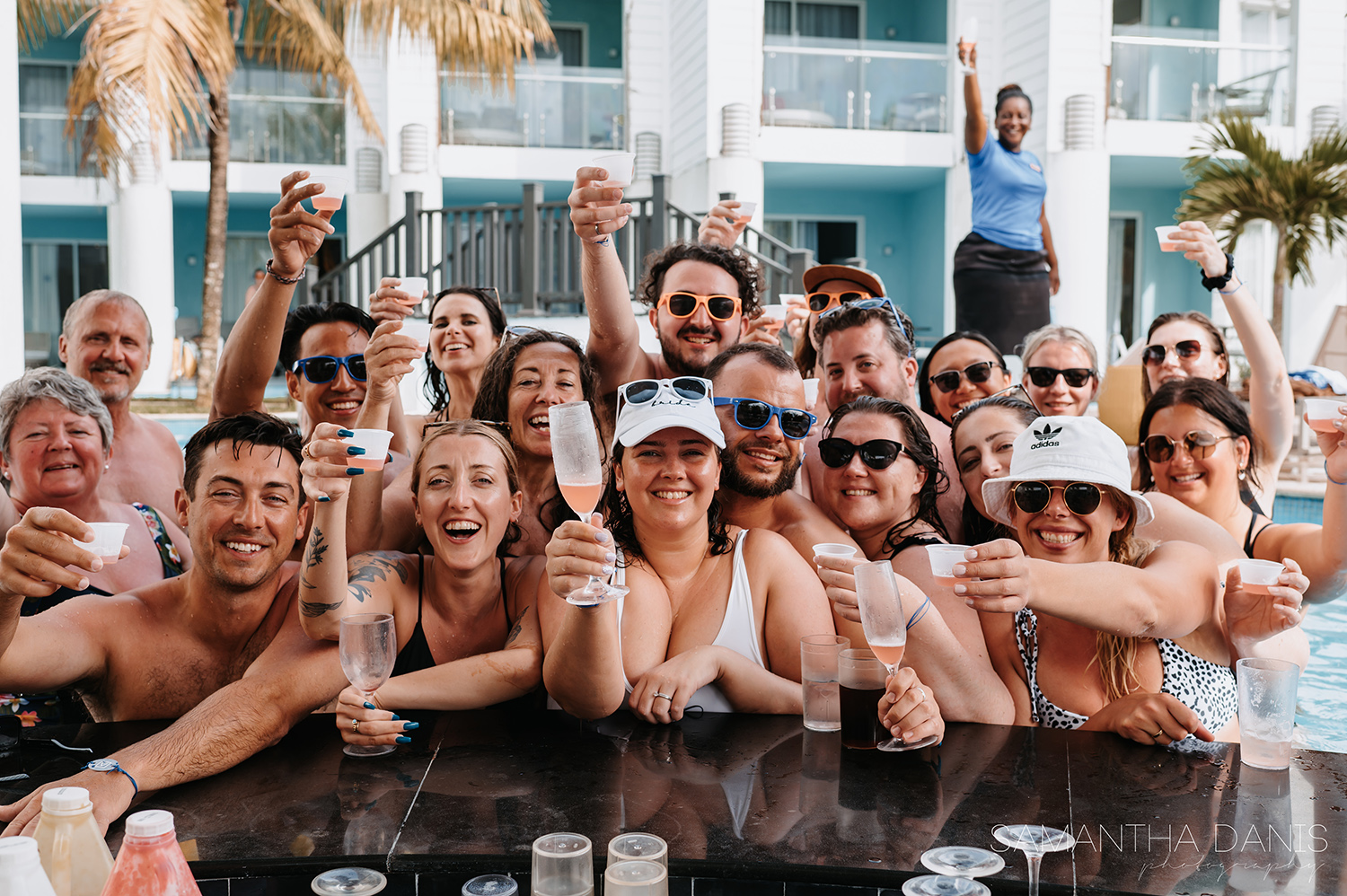 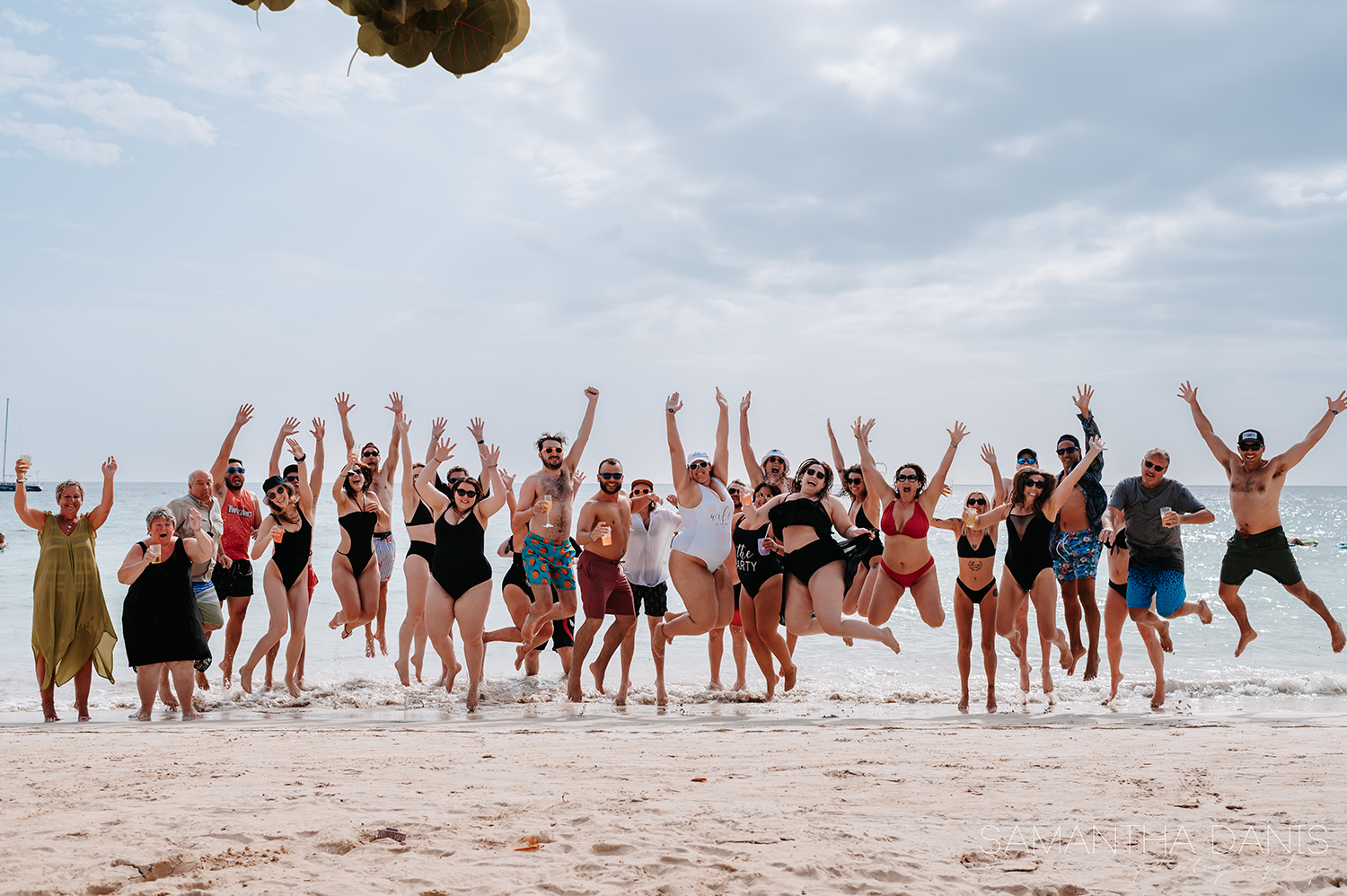 That light though 🤍 Of course I get all the de

Yesterday🤍 Thank the lawd we moved the session

All about the details 🤍 Seriously couldn’t g

Always🤍 Yesterday was magical. With everything