Well this one was a whirlwind! Karlinda and Gabe met with me on a Tuesday, finalized their wedding contract on the Sunday and had their fall engagement session on the Friday. Quick and dirty and totally worth it if you ask me. Friday came and I was super happy to see the weather was beautiful and sunny which would be perfect for our fall sunset session. As we got to 4 pm (session was at 5), things shifted and the sky became dark grey very quickly, the wind picked up and dare I say a little snow-rain combo? I was a little worried not just for the shift in weather but because all the wind we’d been having this week meant less colourful fall leaves to work with. Karlinda & Gabe arrived with their two ADORABLE dogs, Pippin and Pebbles and I got so excited to play with these two. Pebbles is a rescue and a little more shy then her older brother Pippin who was so well trained, I was left a little surprised. He would run off to chase squirrels and the second Gabe whistled, he would come running straight back and sit at his dad’s feet. Pebbles wanted to run after the squirrels too but this little sister had to stay on her leash. We walked around with them for a bit hoping to get some family photos and yes we succeeded, but it was almost impossible to get them to look at the camera with all these squirrels running around! Karlinda’s brother showed up just in time to play with the dogs while we went ahead and continued our session. 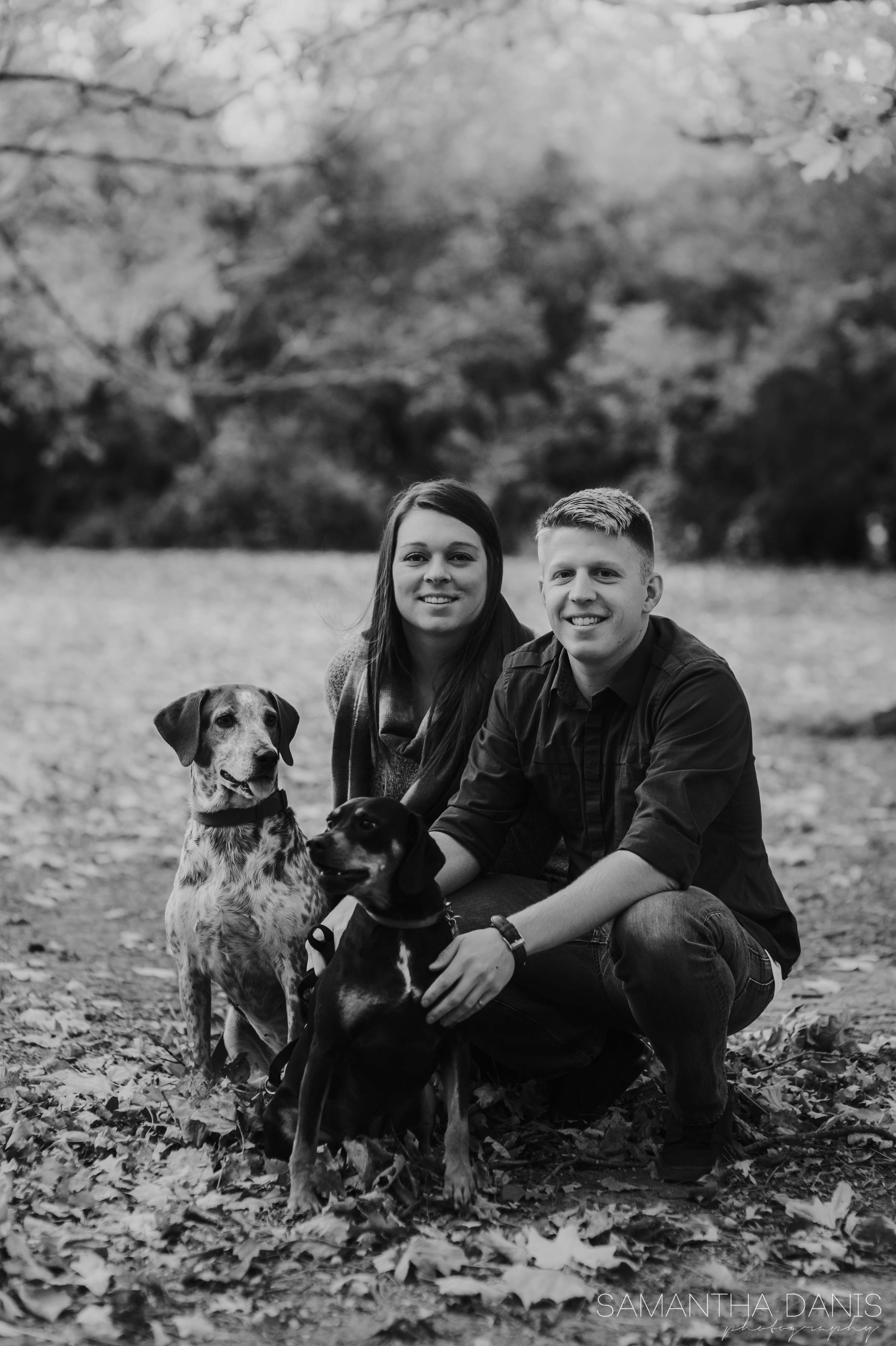 We wandered around Fletcher’s Wildlife Garden stopping whenever I saw light and colourful opportunities. Chatting about anything and everything in between. Ringette was mentioned a few times since Karlinda and I both play. I found out that she actually plays on the same team as a childhood friend whom I used to play with. Also turns out that she is a level higher then me which made me realize; ”damn this girl could probably skate circles around me” even though I thought I was a wonderful skater haha. I did my best to say silly things and make these two laugh but they hardly needed any of my lame jokes. Gabe had things under control and knew how to make Karlinda laugh at just the right times. I think my favourite part (it’s a two part thing) is when I told them we were going in the field and Gabe tells me; ”there could be ticks” and then I told them to slow dance in the field and they both stopped dead and Karlinda looks at me and says; ”we don’t slow dance” Bahahaha! No one actually slow dances let’s be honest but it made for some super cute genuine reaction shots. We ended the session in the gardens and chatting about shows we like to binge watch and turns out I really need to get into the Office. Thanks K+G for being such troopers for me and I know we’re going to have a blast at your wedding next year xo 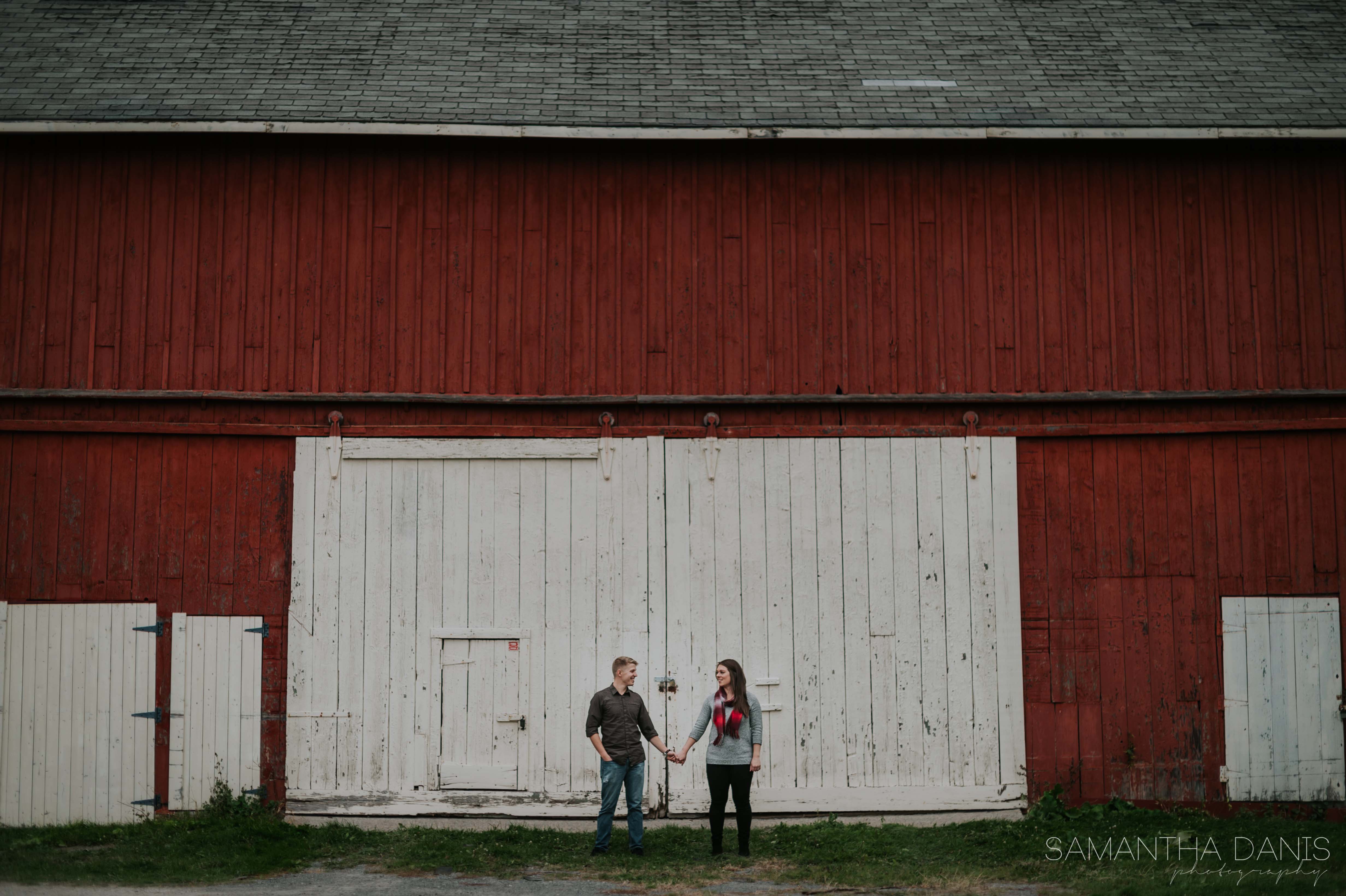 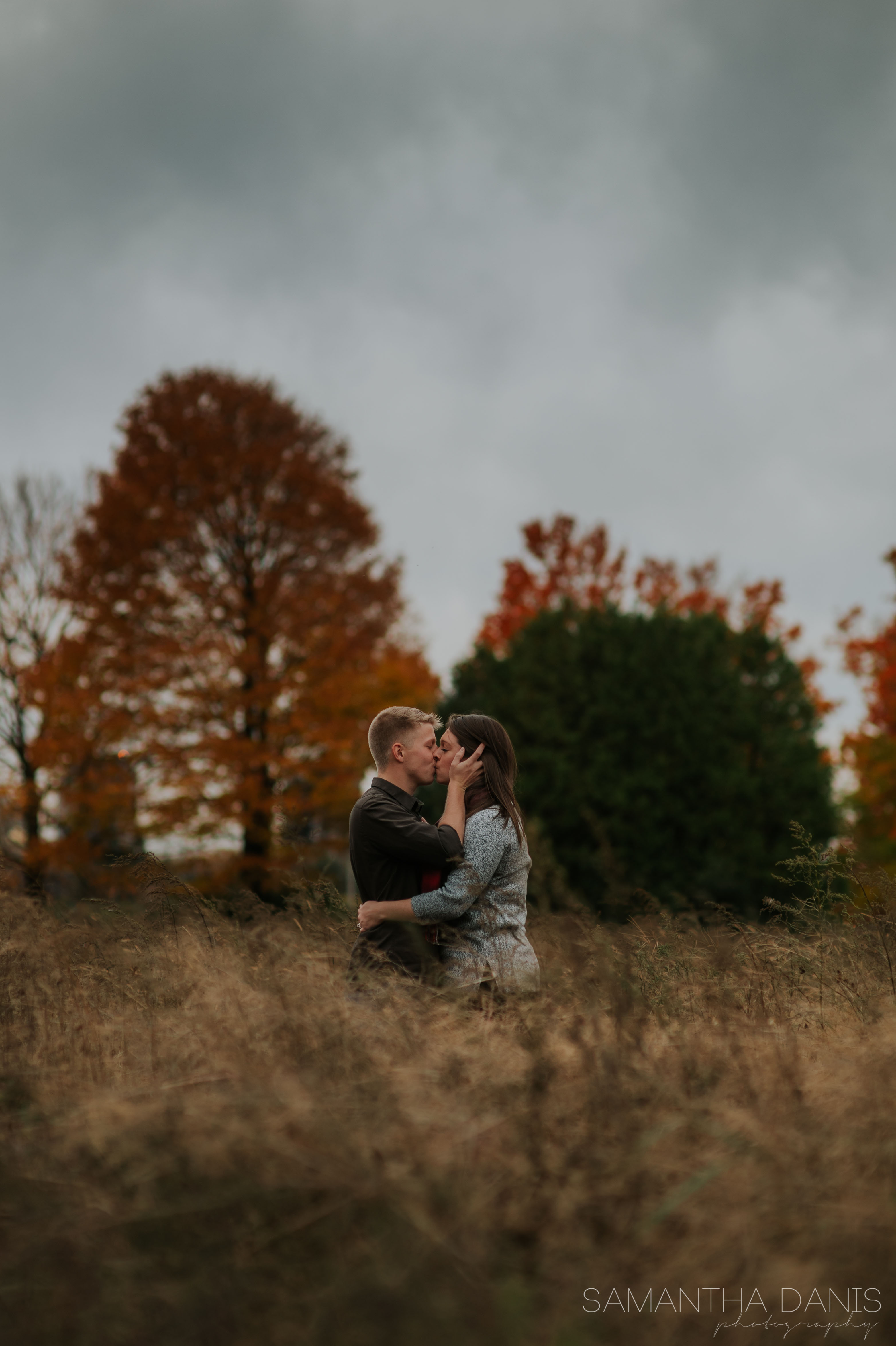 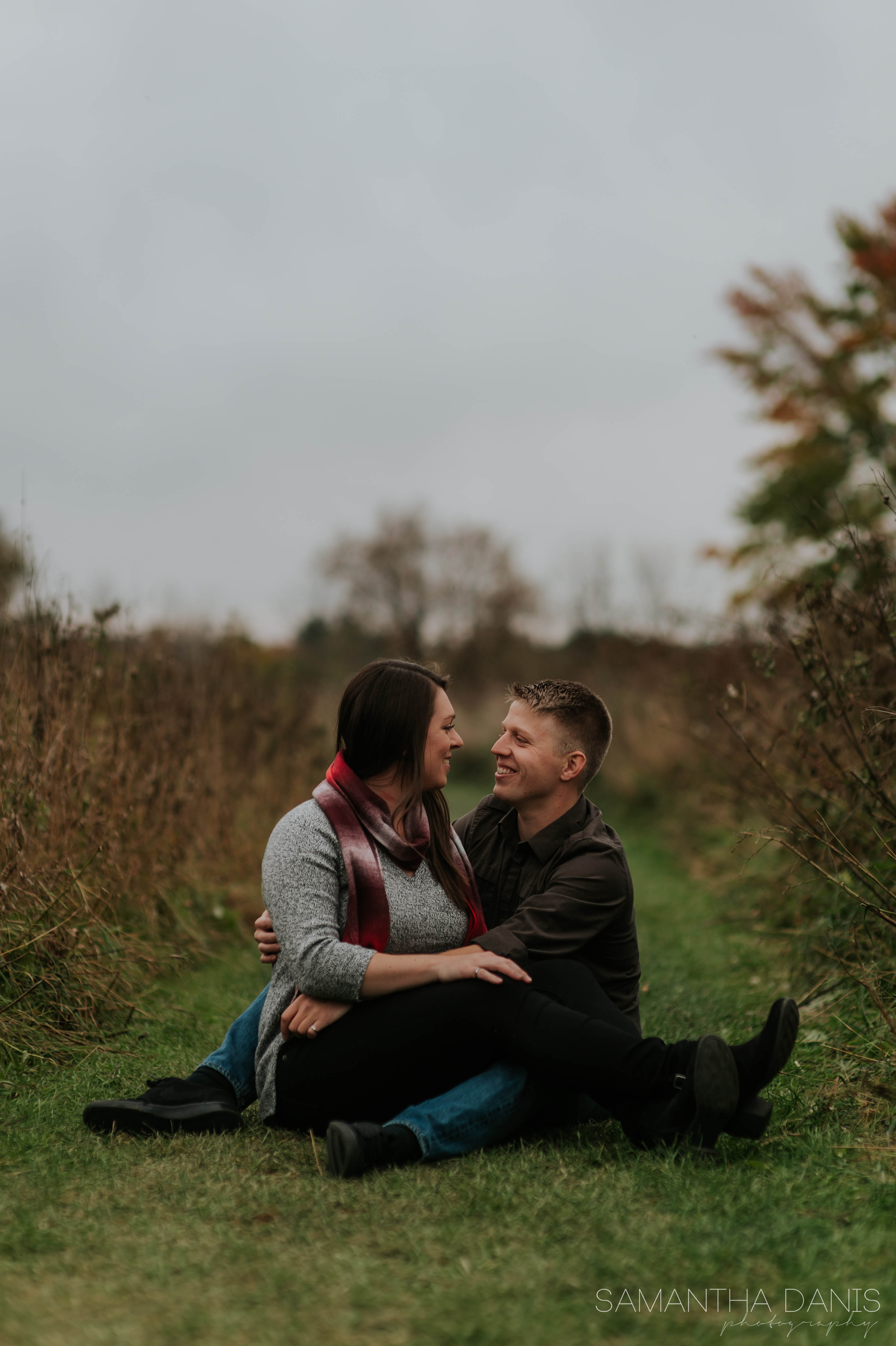 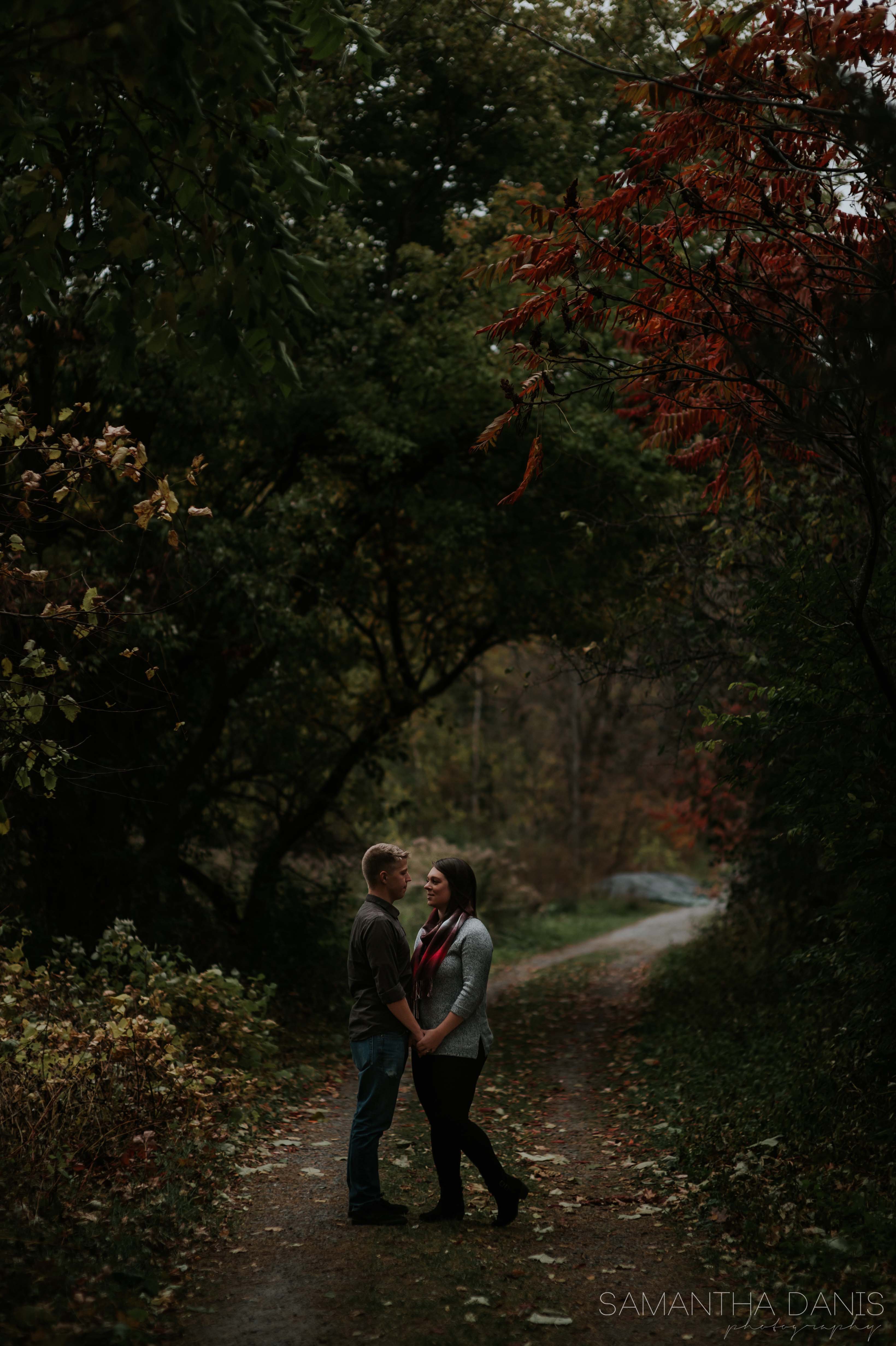 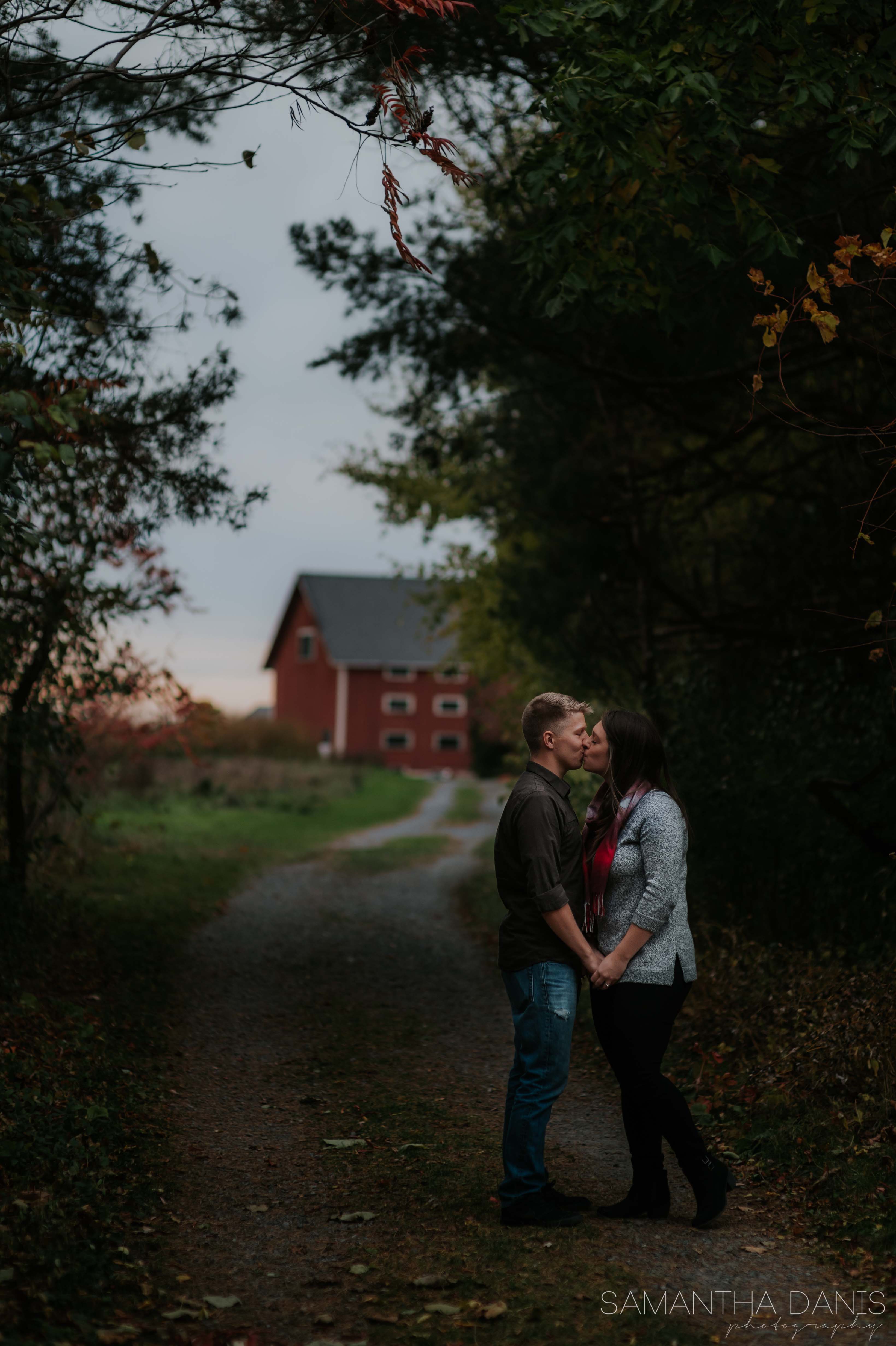