All I have to say is; IT’S ABOUT DARN TIME! These two have been together for 10years, high school sweethearts, multiple moves, multiple provinces, long distance, various animals, many different jobs, but they finally made it to their wedding day. With Canadian winters being very unpredictable we were slightly worried about what to expect but I woke up to a gorgeous sunny warm winter day and I was so happy!

I made my way down to the ever so beautiful Beantown Ranch where I was greeted by the boys having some drinks on the ice, literally on the ice though. We had a few laughs and walked around before it was time for me to go greet Amelia in the Bridal room. I popped my head in to find my beautiful bride almost fully dressed, only needing her buttons and bolero attached by her mum. It was a special moment in the room as the bridesmaids just couldn’t keep it together and just burst into a puddle of tears. I see you Emma, you can’t hide your tears from me! 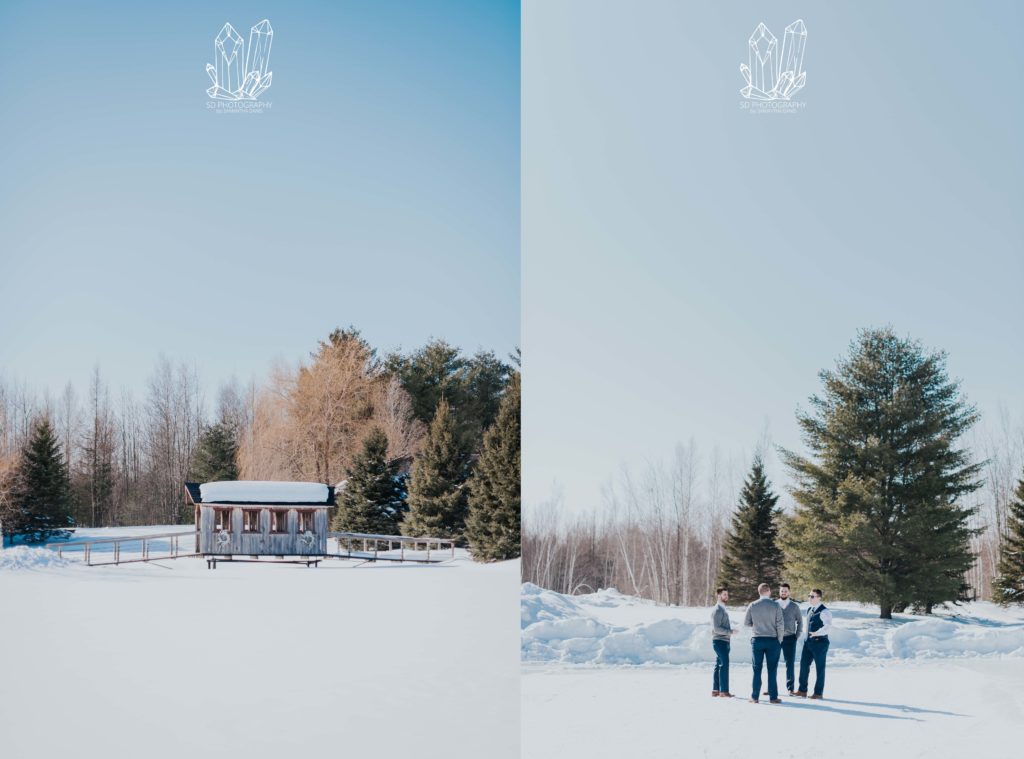 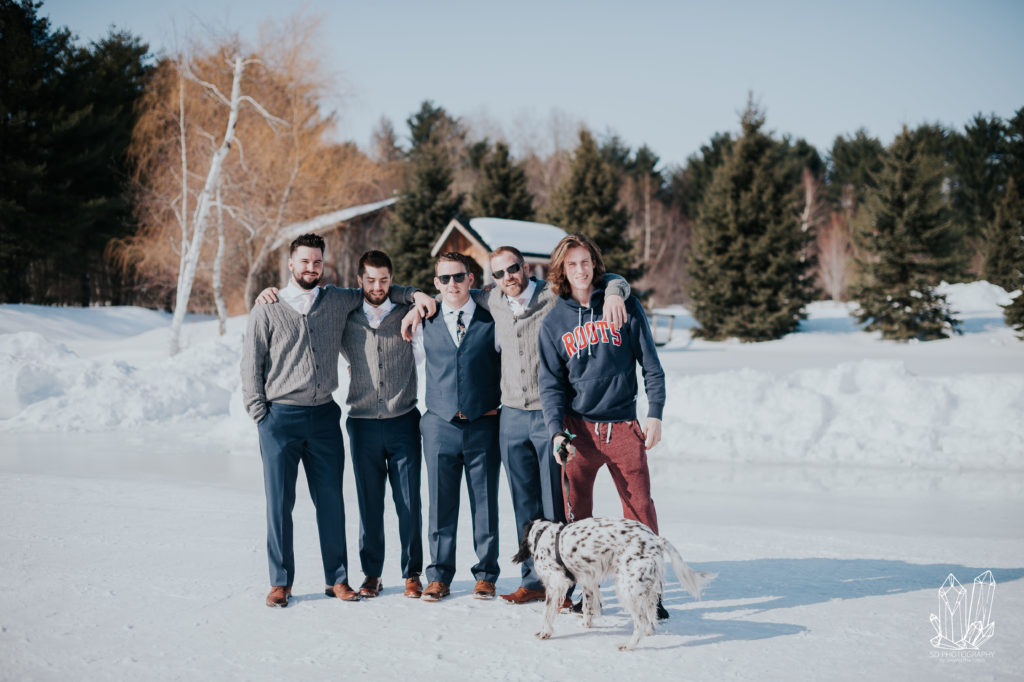 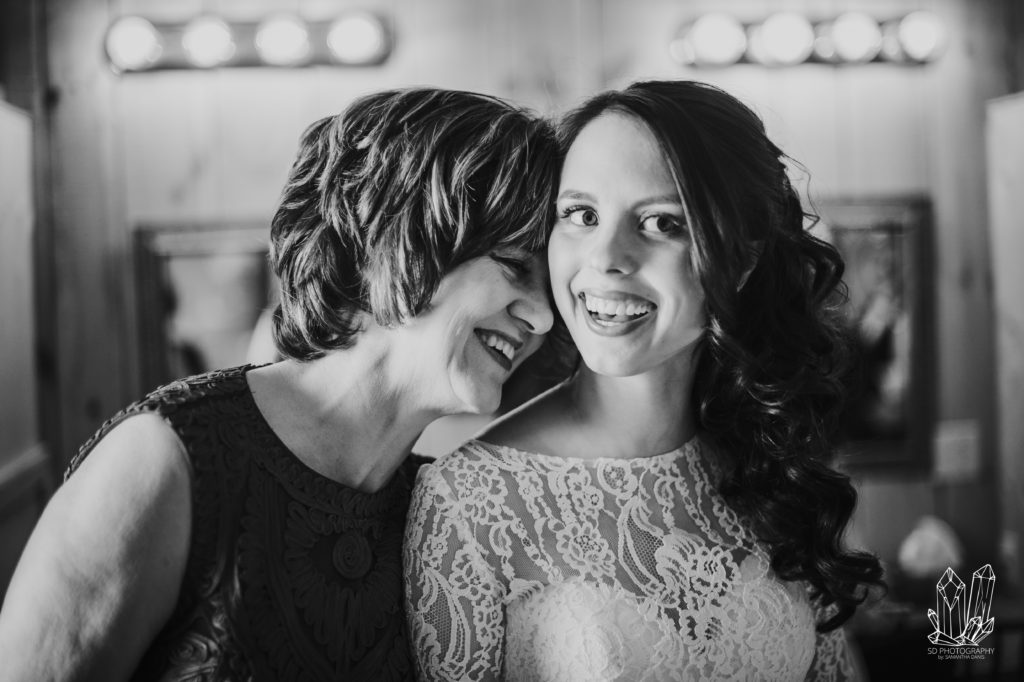 A quick touch up and it was time for the bride and grooms first look. We headed over to the barn where I tucked Aaron away before Amelia arrived behind him (which he was not too pleased with me). Oh the anticipation! It was a beautiful moment to witness as both of them just kind of gazed at each other in awe as the tears quietly streamed down their faces only to then find them in fits of giggles and embraces. 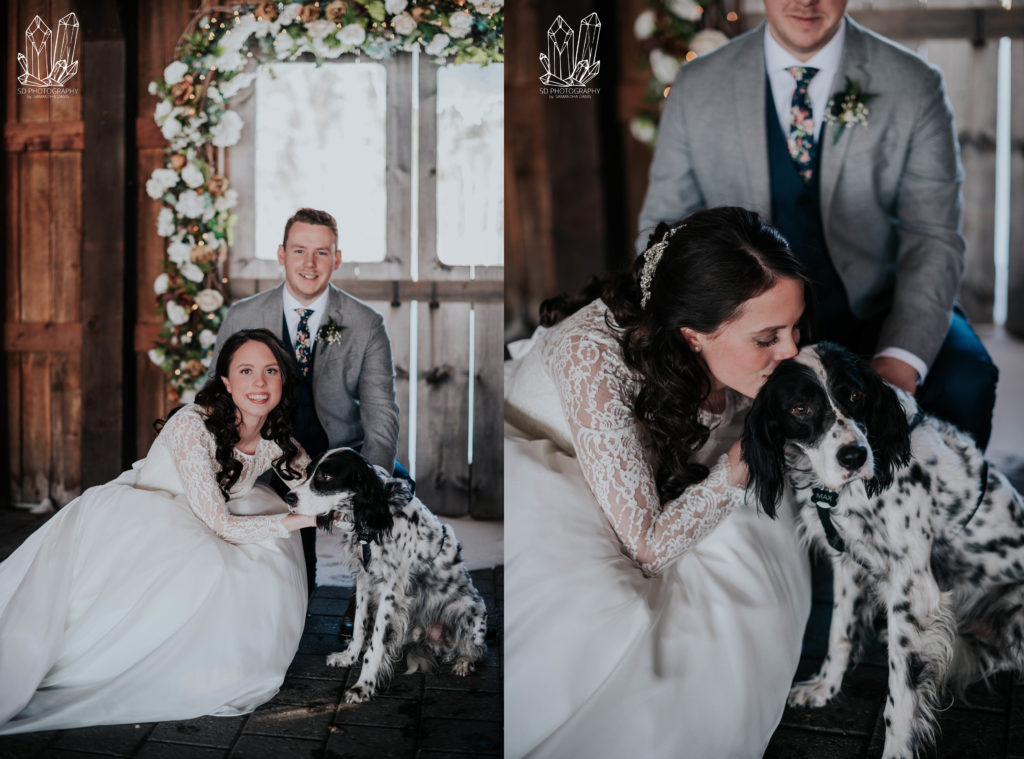 We quickly brought in their pup Max in for some shots because he means so much to them! And we didn’t want to keep the poor love int he cold for too long. We proceeded to take a walk into the woods to get some shots with the bridal party which was certainly and interesting one. Boys are always rowdy, but boys you know from high school tend to up the anti a little bit and I was right! These guys were a riot and the ladies were just rays of sunshine, the ying to their crazy yang. The girls had matching winter uggs while the boys all wore their dress shoes in the snow so I tried to make things quick so they wouldn’t freeze their little toes off. After a walk in the snow and a few shots with the horse (not without it’s drama of course) we finished up our session with a sleigh ride around the property. Also, let it be known that drinking a beer while on a sleigh ride may not be the best idea! 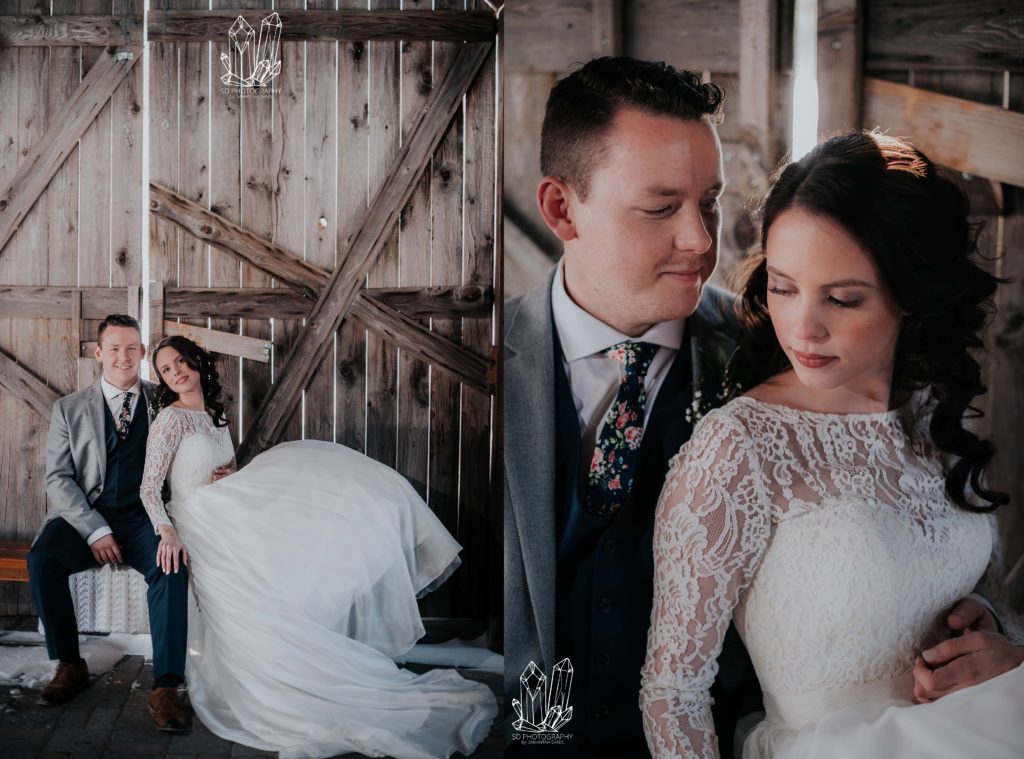 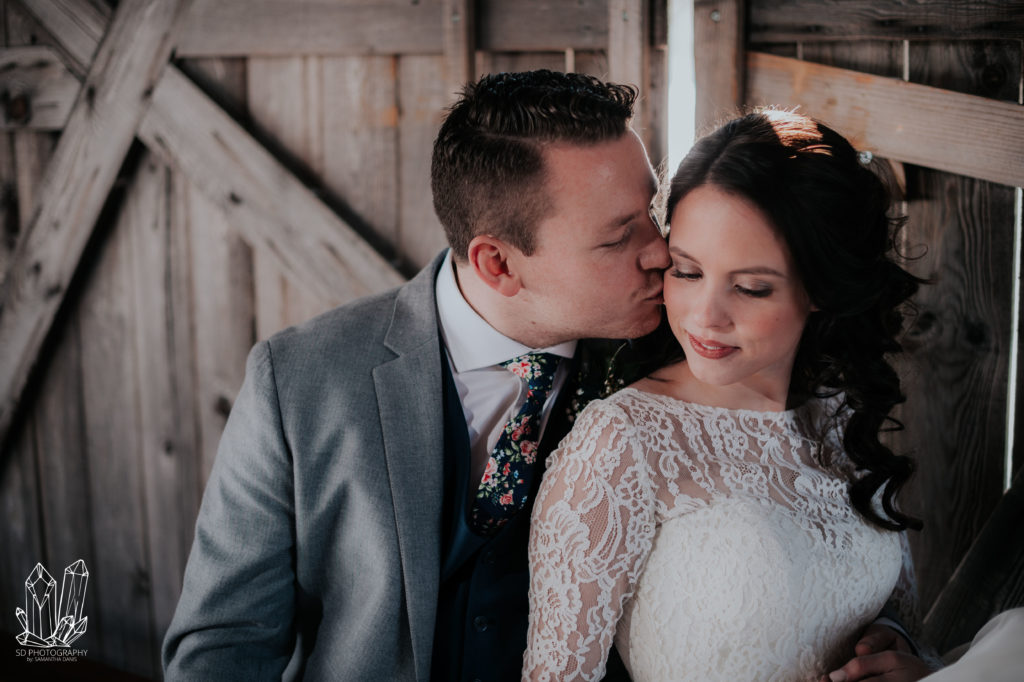 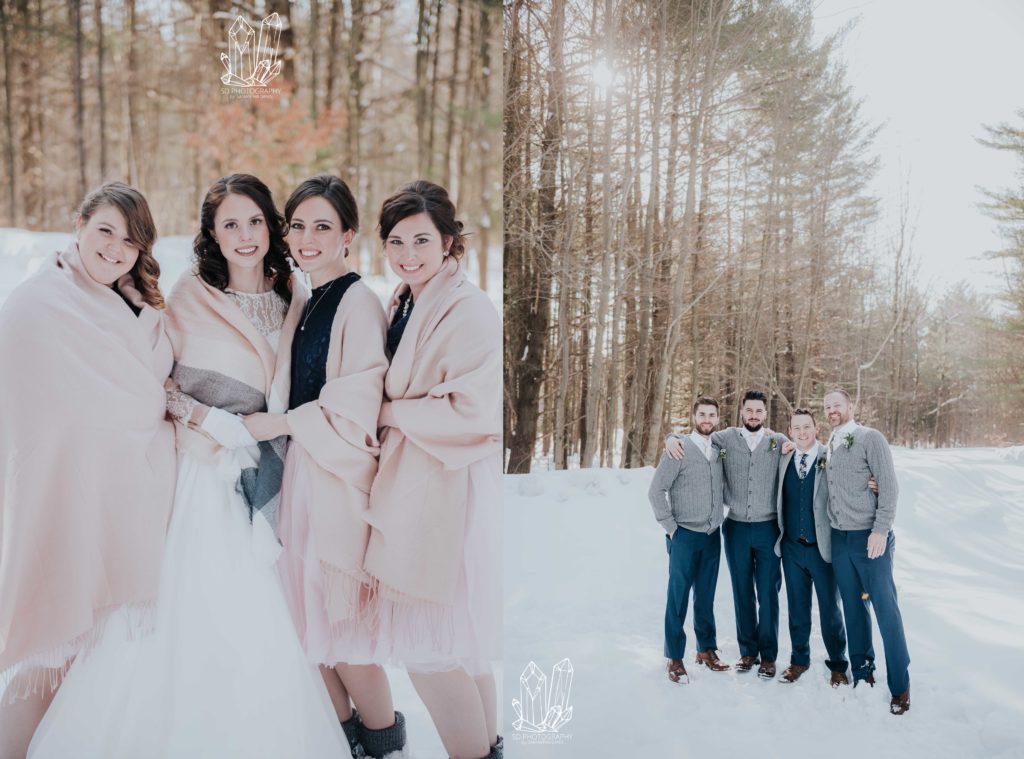 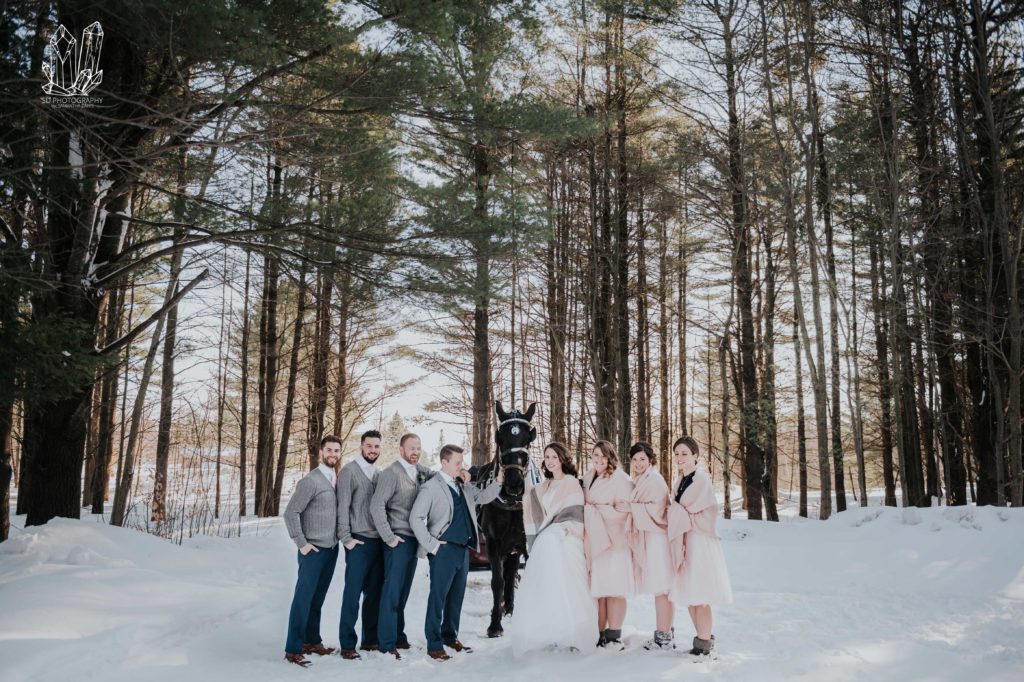 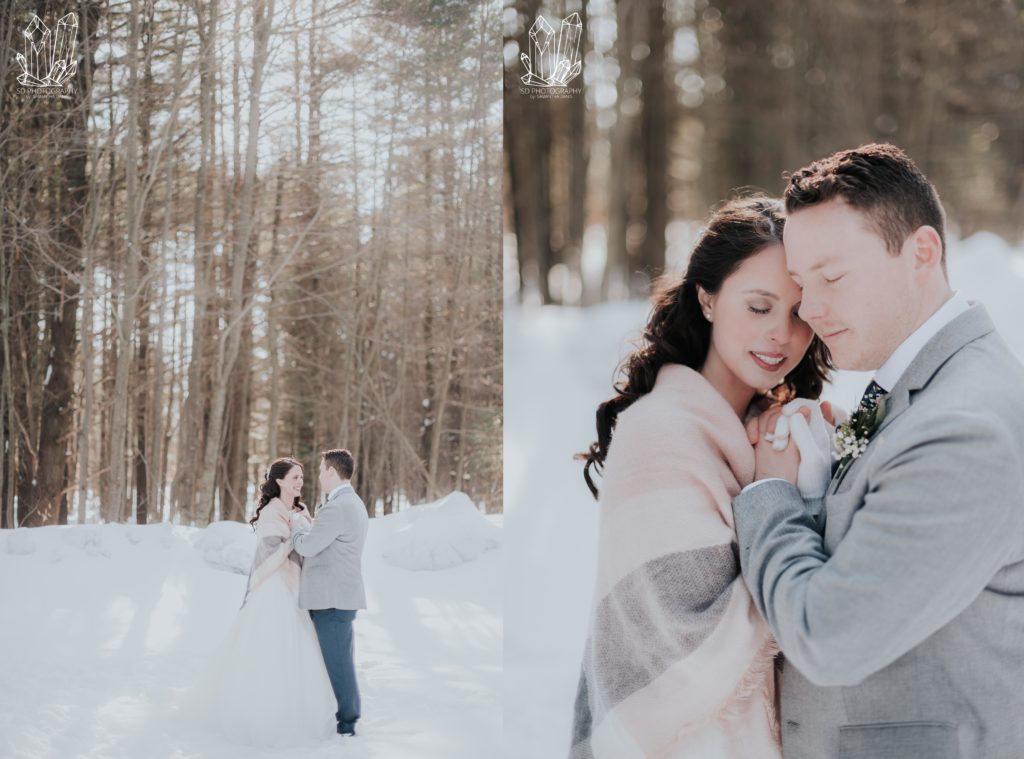 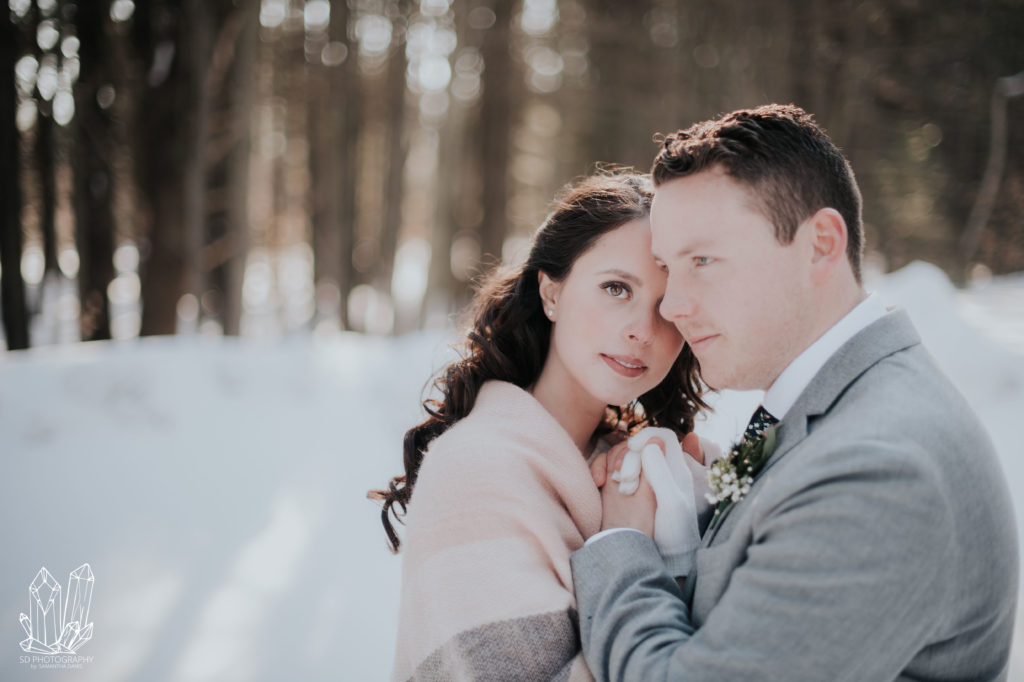 The ceremony ended up starting a little over half an hour later then expected due to a bus with guests being stuck downtown thanks to the ever lovely Winterlude. But that didn’t dampen our spirits, I mean what wedding actually happens on time? We hung out in the lovely reception hall and took it easy until it was time to get married! The chapel was packed with friends and family as the bridal party made it’s way to the front and waited for our lovely bride to make her way down. It didn’t matter that Aaron had just seen Amelia, it was like a whole new level of emotions as he struggled to keep the tears in (and tell me to turn around so I don’t take him crying in pictures, HA). Amelia made her way to her groom as the guests watched on with giant smiles. The ceremony was beautiful and fluid which made things so much easier. The bride and groom wrote their own vows which were nothing but stunning and their mums held their rings until it was time for the exchange. After a few more lovely words they kissed and it was official, they were now husband and wife! 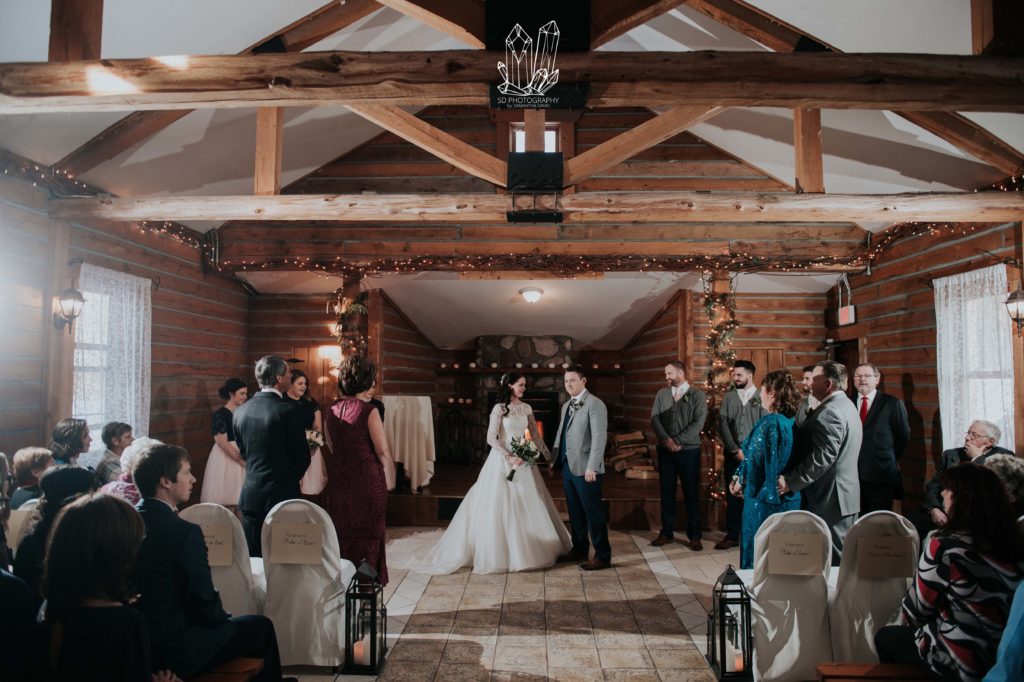 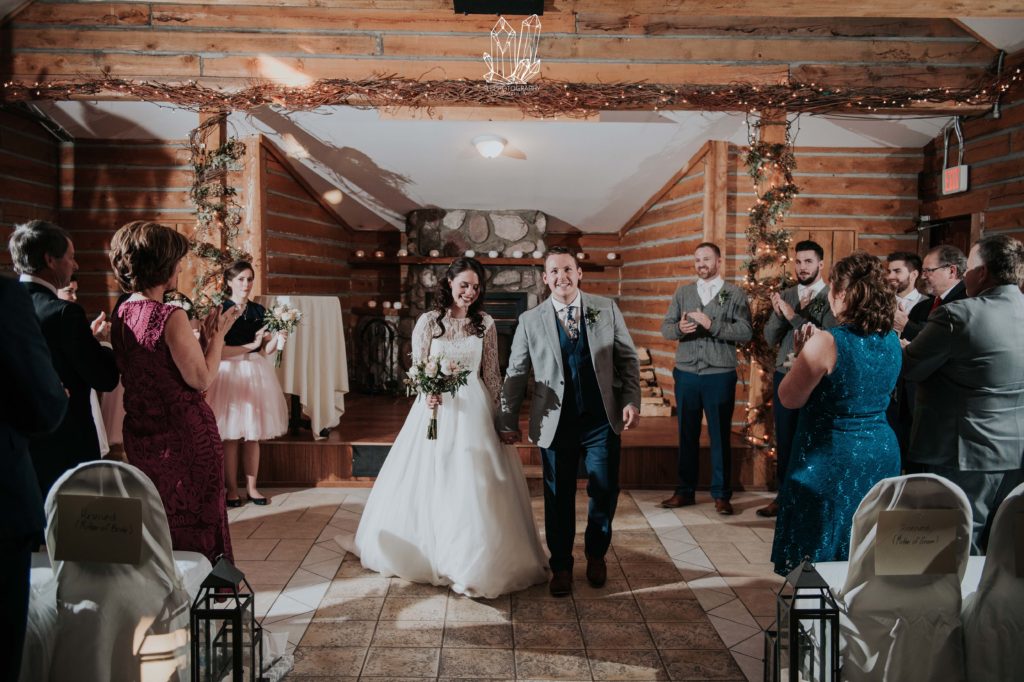 We proceeded with going outside for a group shot which I had to do on a LADDER! Guys, I have a huge fear of ladders so it was like pretty terrifying for me but I did it and I did it with a smile. We had a great time taking pictures of the happy couple, their guests and just had an overall relaxing cocktail hour. Which quickly turned into dinner. 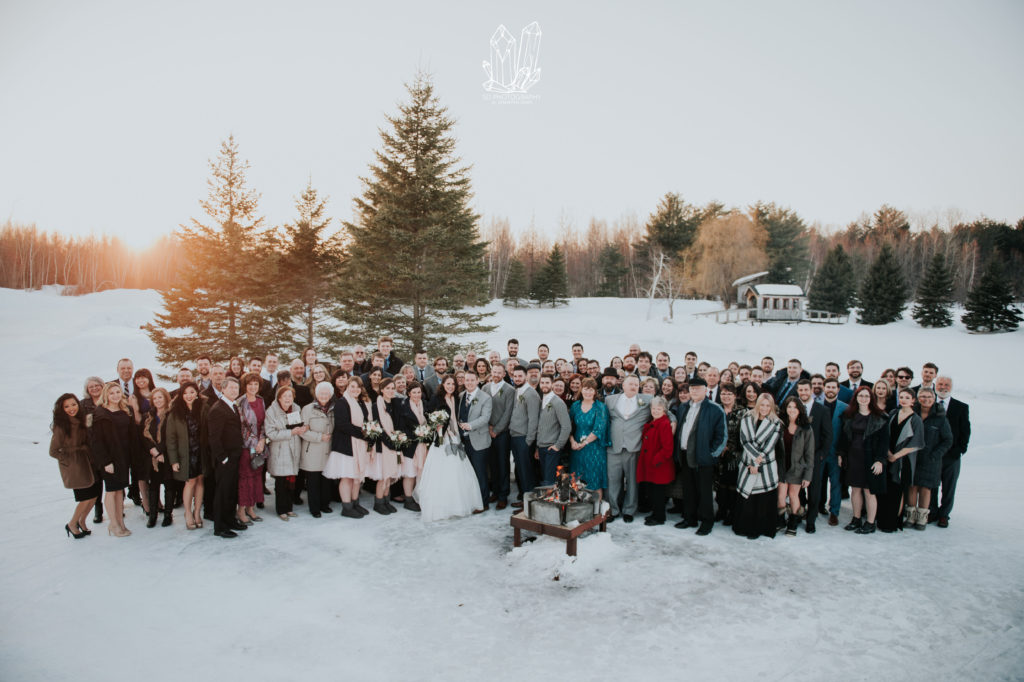 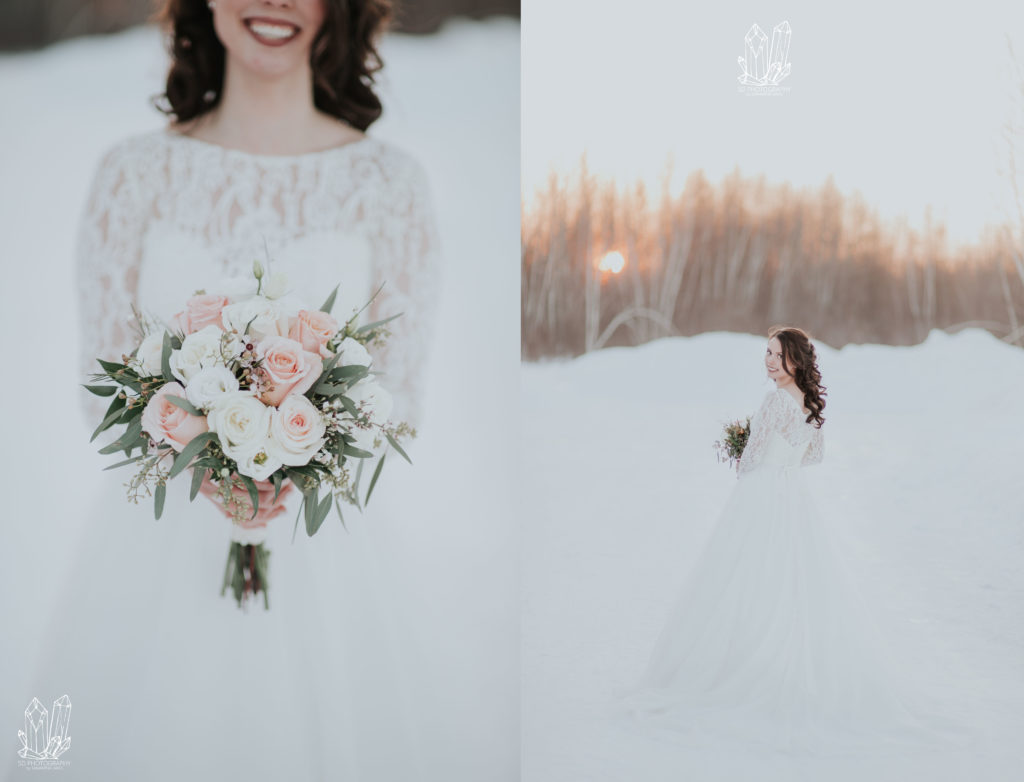 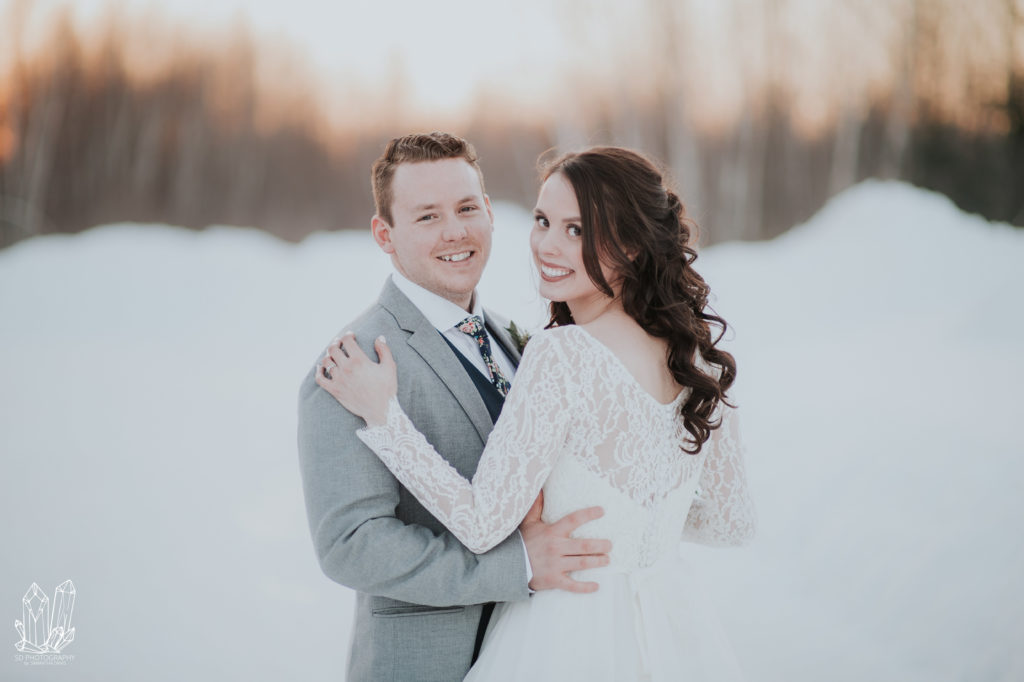 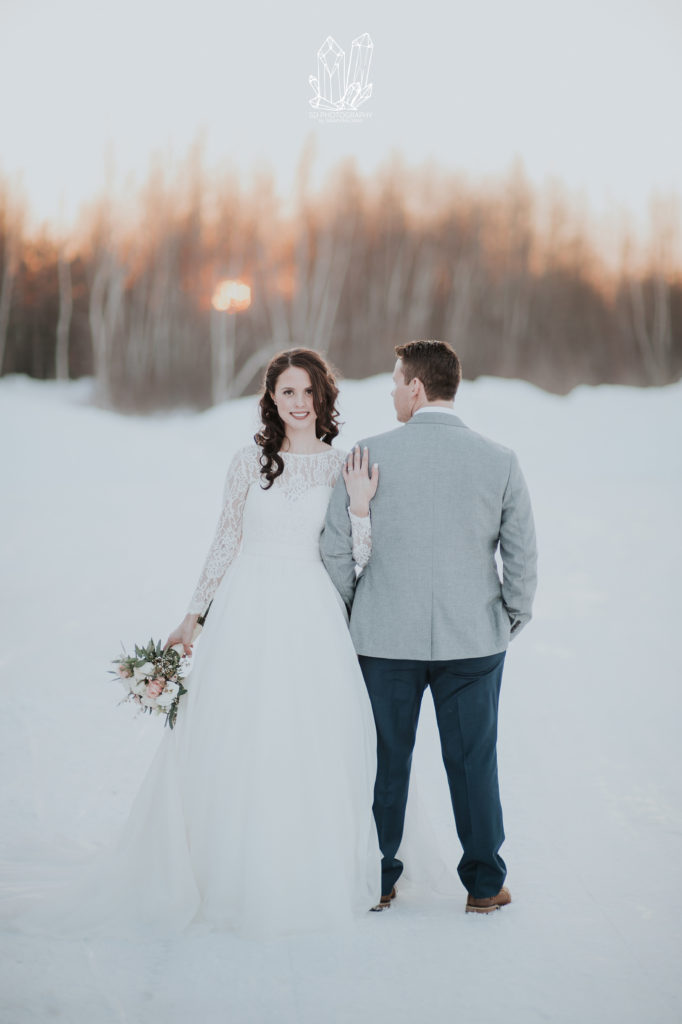 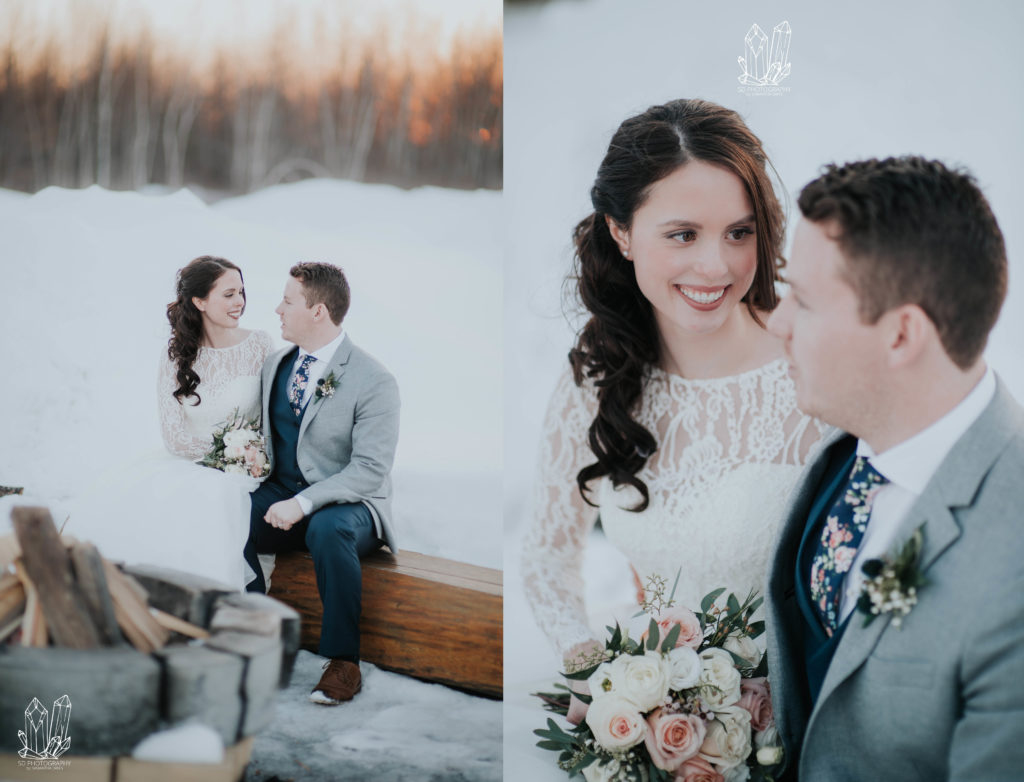 And off we were to greet our bridal party, have delicious food and play a pretty good kissing game! People wrote memories down that they had about the happy couple and Amelia and Aaron had to guess who wrote the memory. If they got it right, they were free, if they got it wrong they had to give it a big ole smooch. Funny enough, they only kissed like 4 or 5times which is really good, they certainly know their friends and family. The speeches from both sets of parents were beautiful as to be expected, the maid of honour had Amelia, and I’m sure many other people in tears and the best man, wellllll Scott had us in smiles and fits of laughter as he was cut off from speaking after being up their for a little while. 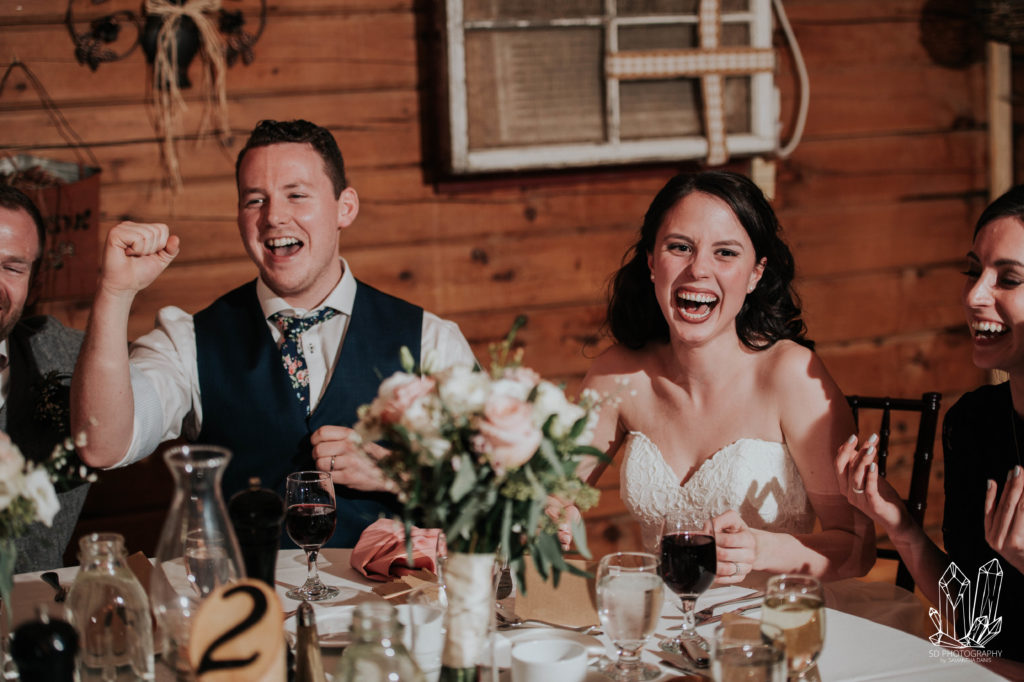 I ended my night with taking some beautiful photos of the first dance out on the frozen pond with beautiful fireworks! And the family dances indoors. All in all it was a supremely beautiful day and I wish these two the most amazing life. Congrats again xox 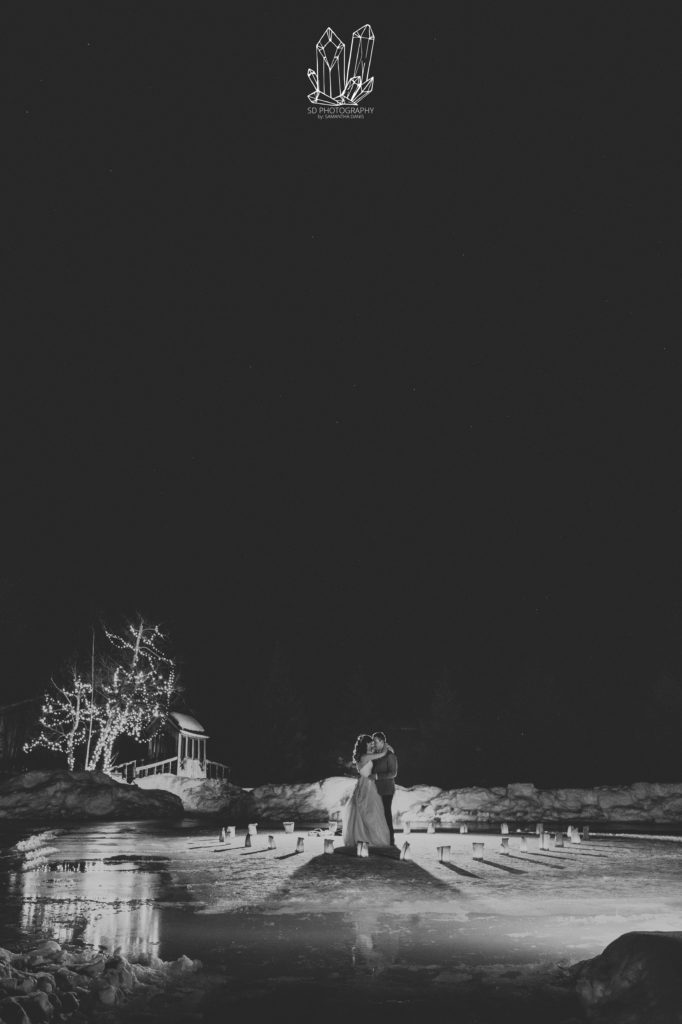 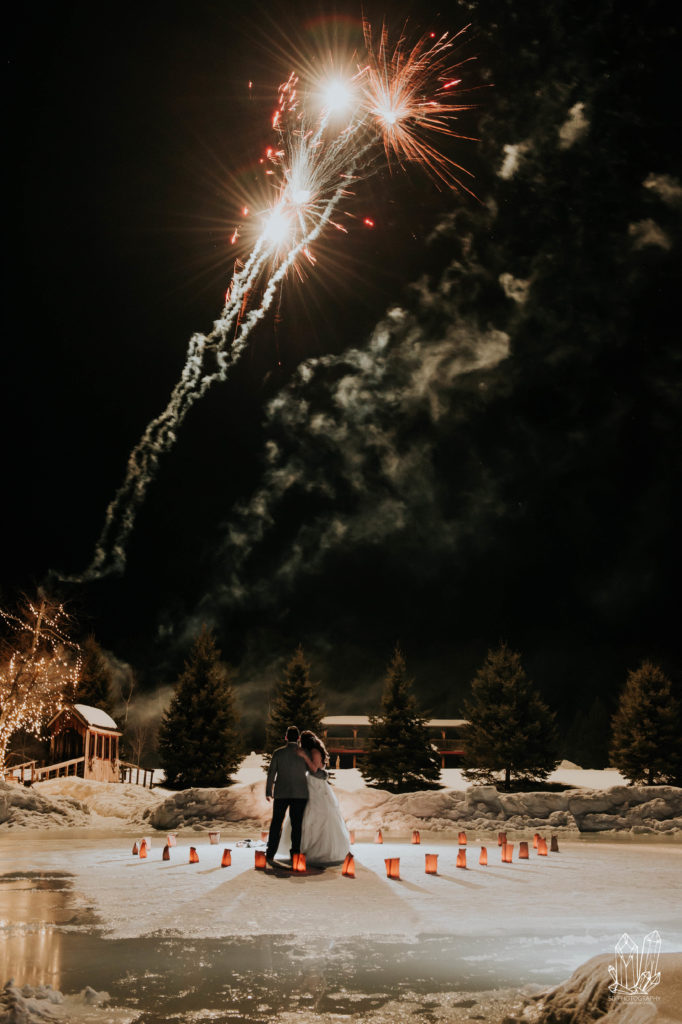