When Alex and James reached out to me this spring for their summer wedding, I was super excited! The season had been slow due to covid and their email made me smile and gave me hope that things were going to be alright. As it turns out, things got better. I’d like to think of them as the first sign of light I had after a difficult year. When we facetimed prior to booking, I knew we would get along just fine and that their wedding day would be nothing short of beautiful. And I was right.

Leading up to their wedding we had had a very long heat wave where we’d hit over 40 degrees on multiple days. So one of everyone’s hopes was that it wouldn’t be the case for their wedding day. And we ended up having a beautiful 23 degree day and not a drop of rain (which they’d also called for originally). I was super excited to arrive at Alex’s moms’ property in Constance Bay as he and James had told me it was on the water and that they’d scouted a beautiful trail in the woods nearby.

I arrived to the home only to be greeted by a beautiful little sign indicating the wedding was happening here and James promptly popping up from down below to greet me and his guests. As we walked down to the back of the property my eyes became big as I saw the view and the set up that they had done. It was so beautiful. James and I were just ooing and awing together even though he’d seen it all already haha. 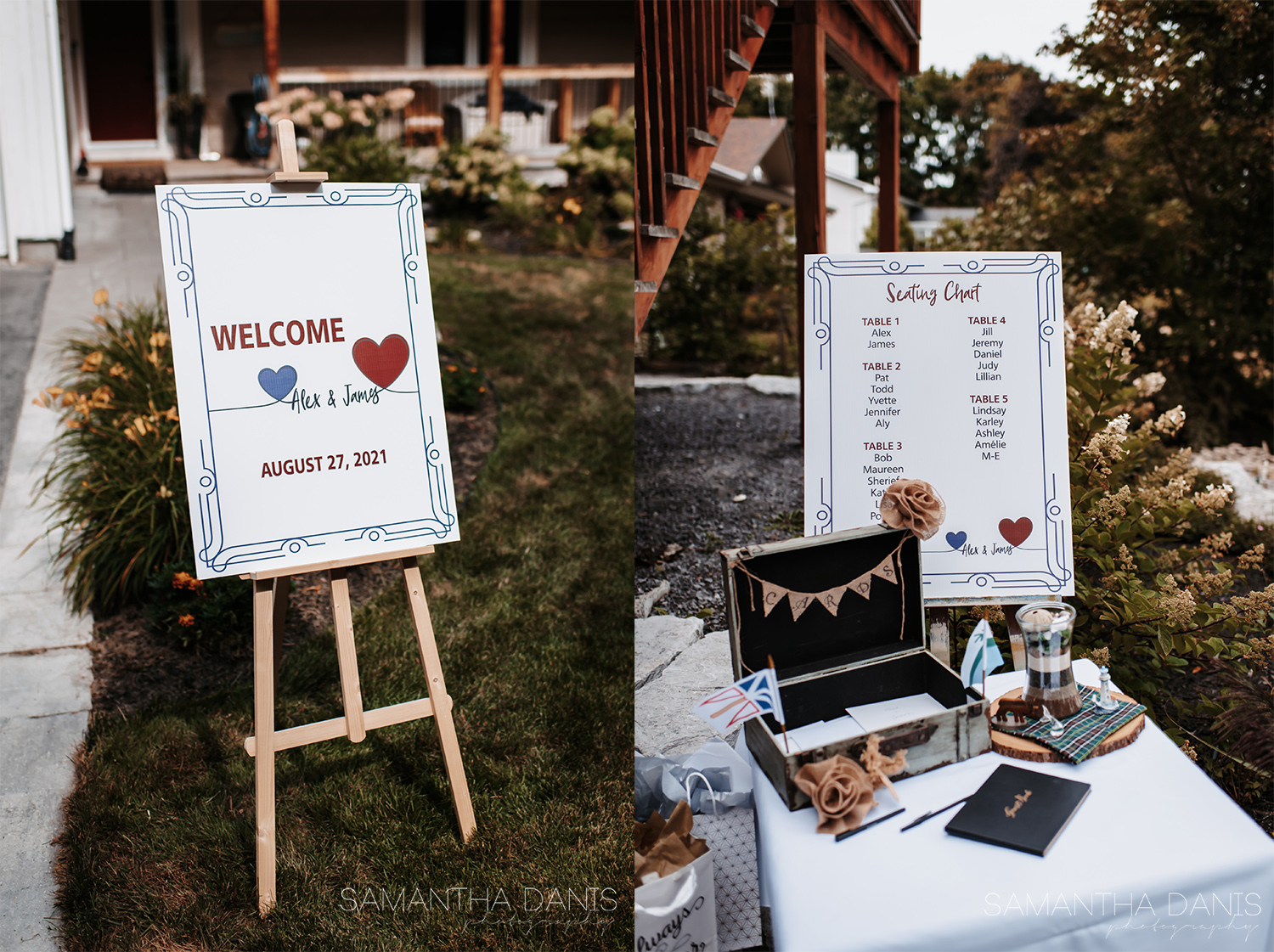 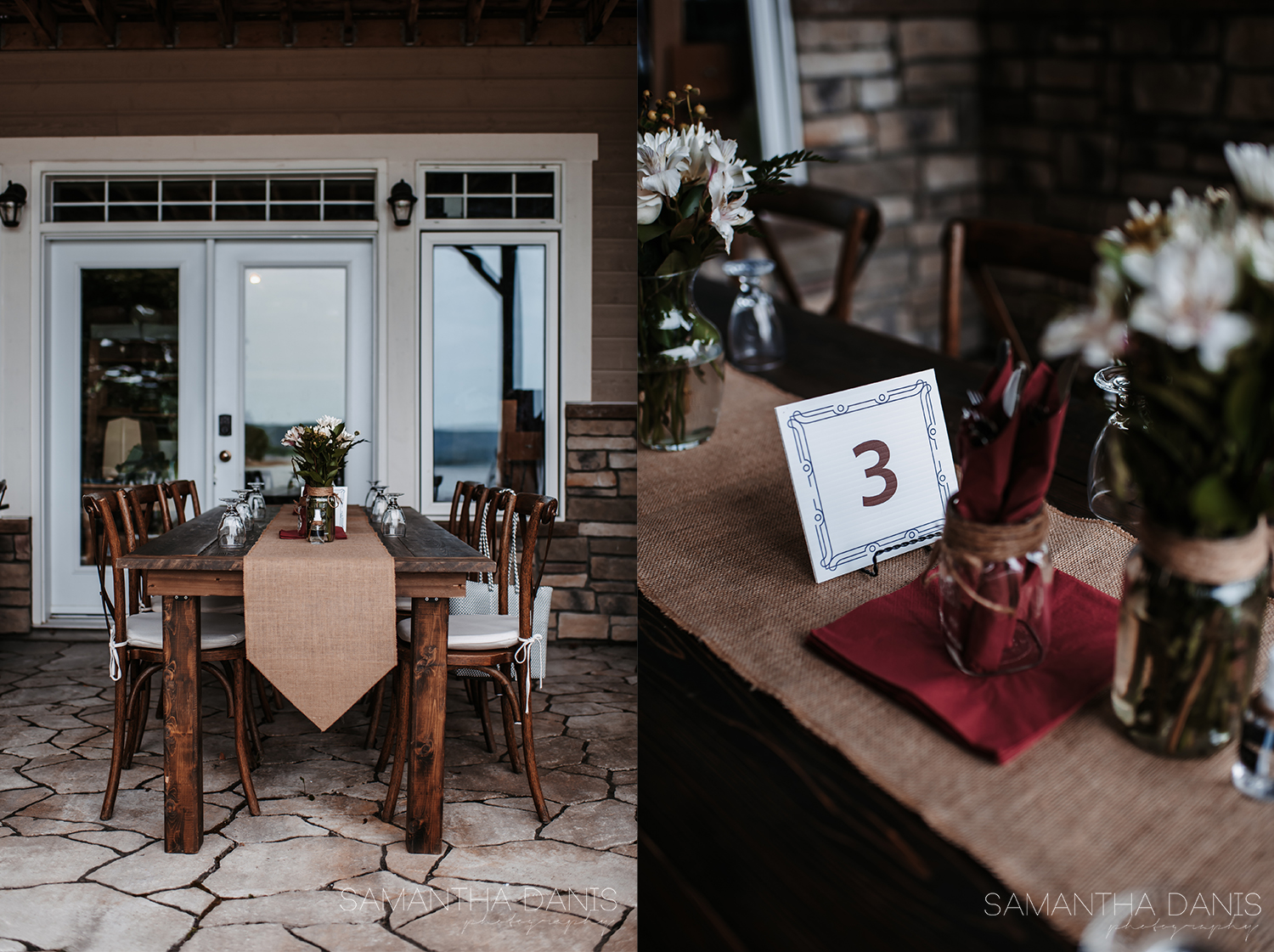 Things were super casual as guests stood and enjoyed a few bevvies while Alex and James wandered about making sure everyone was enjoying themselves before the ceremony started. I went about my merry way and took detail photos of all the beautiful set up. They had a little table right as guests walked up that had their card box adorned with Newfoundland Flags and a tartan as well as they guest book. The tables were beautiful wood tables with cross back chairs (they looked so freaking good) with floral centerpieces to decorate the space. They had personal touches a little everywhere including an A&J marquee lettering and of course, their drinks table. It even had recipes and slushy drinks were def a fave amongst the crowd.

When everyone had arrived, it was time to get these two married. The ceremony was held on the water (well like not literally ON the water, but you get it) and guests were seated in white chairs with bubbles in hand, ready to blow them into the air at the end of the ceremony. Alex and James stood at the front, framed by a lovely wooden arch and planters at their feet. The ceremony was exactly what they said it would be on our last chat, short and sweet. They had a few quotes read by their lovely officiant followed by their vows and exchange of rings. They didn’t cry, but the eyes definitely filled with tears and the sniffles came about once they were signing their marriage certificate. And with a small sweet kiss and holding of hands, they were officially pronounced Husband and Husband and everyone cheered and cried for them. The bubbles TRIED to make their way out but with the wind and what not, they decided it was a no go. 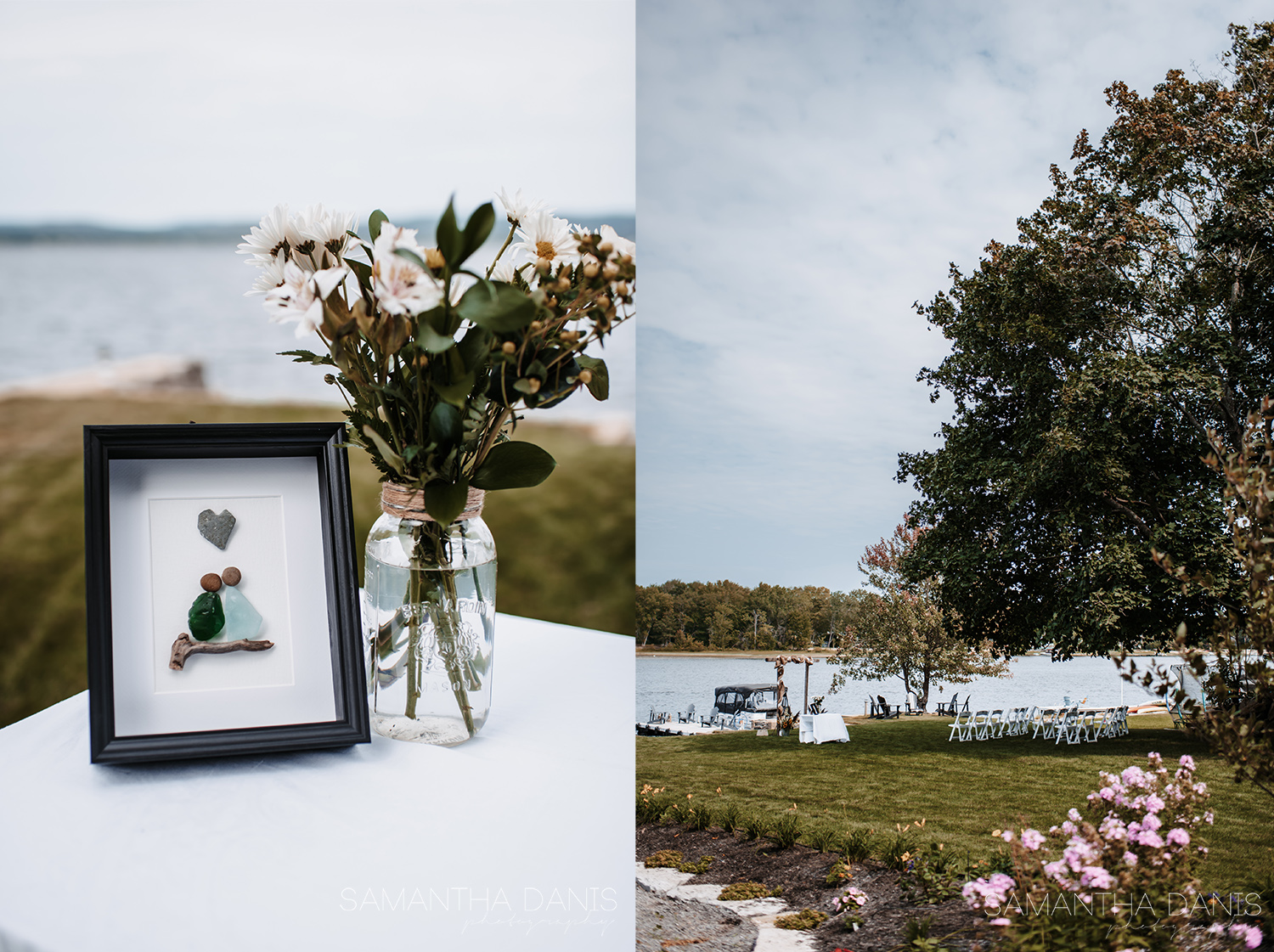 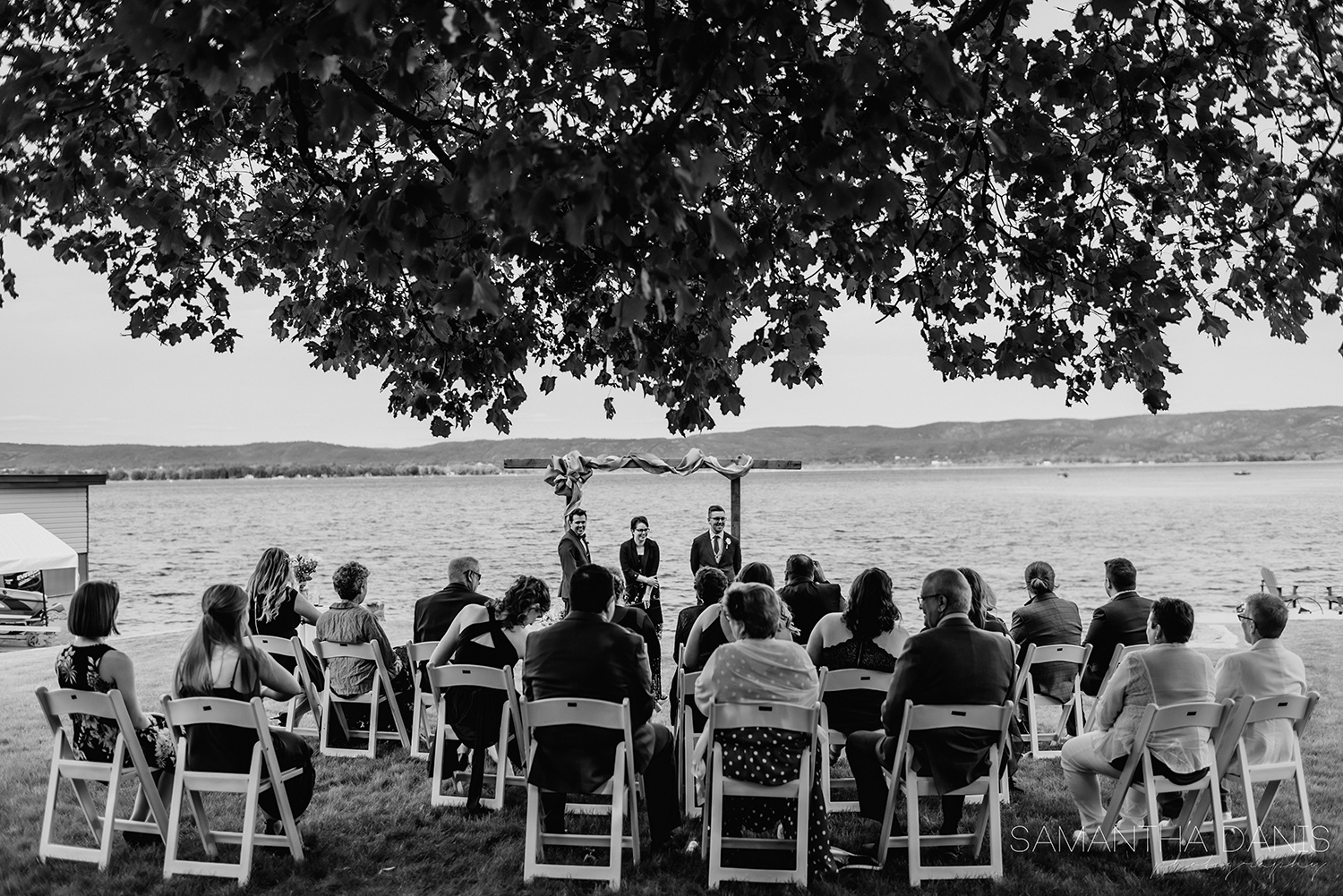 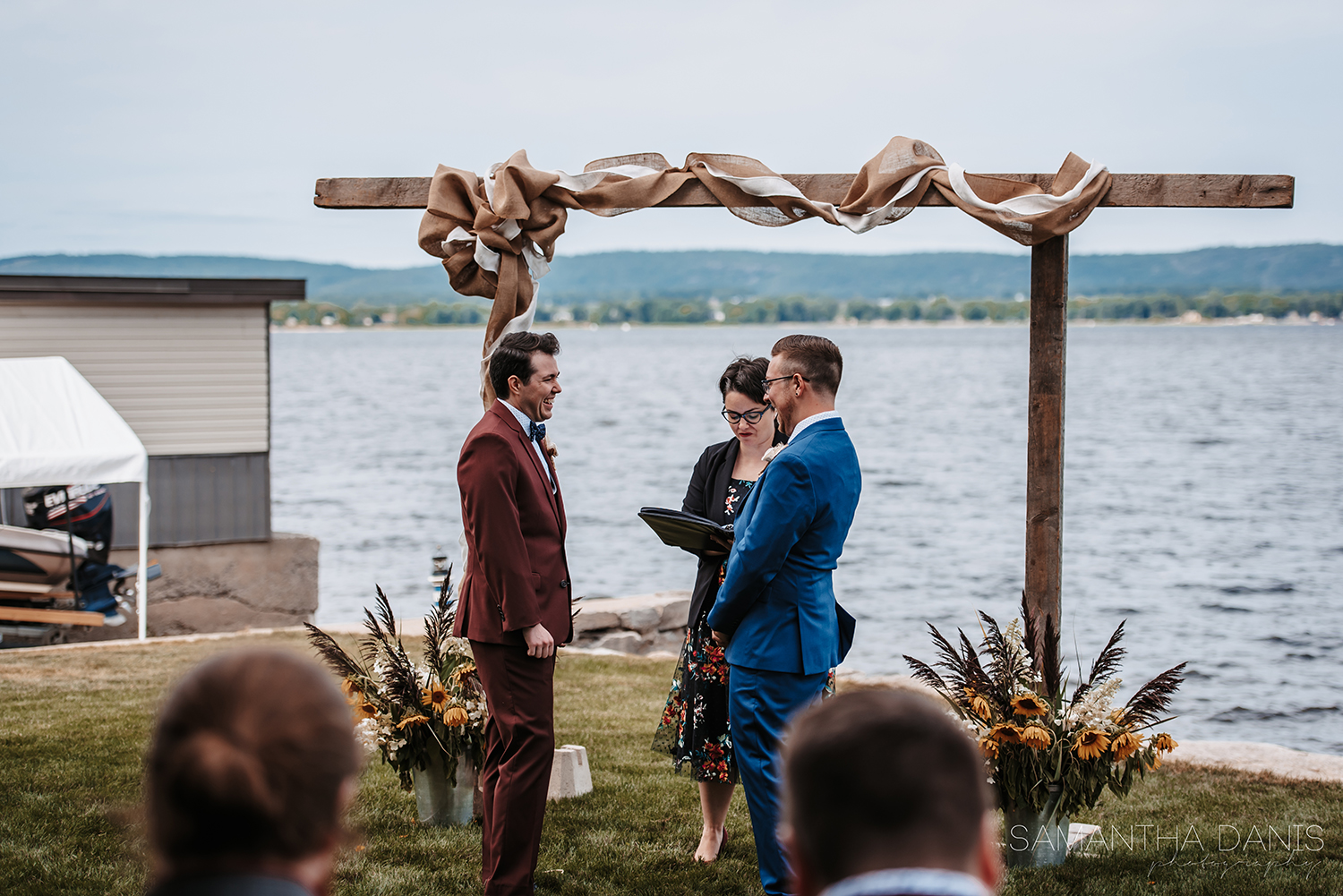 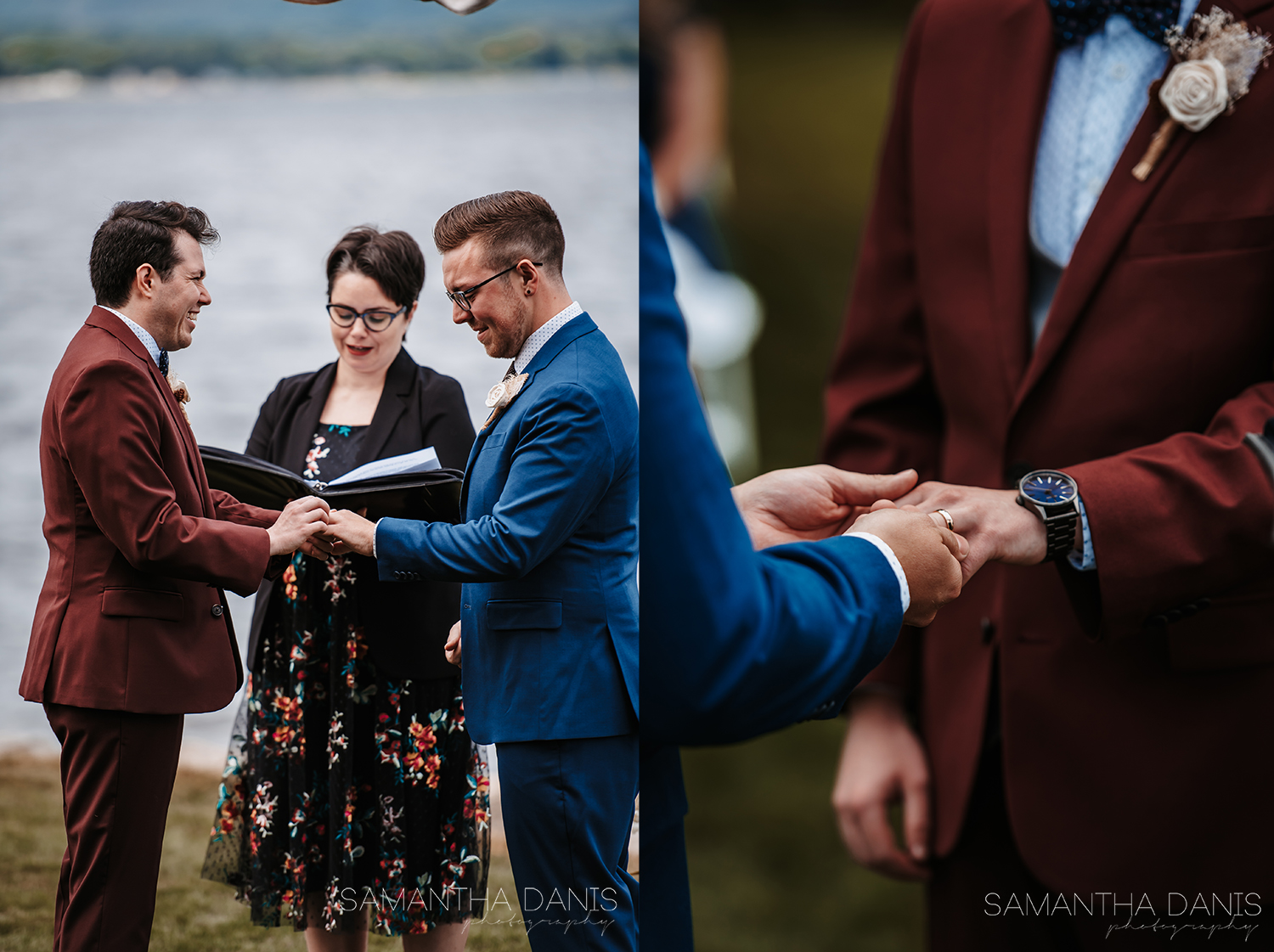 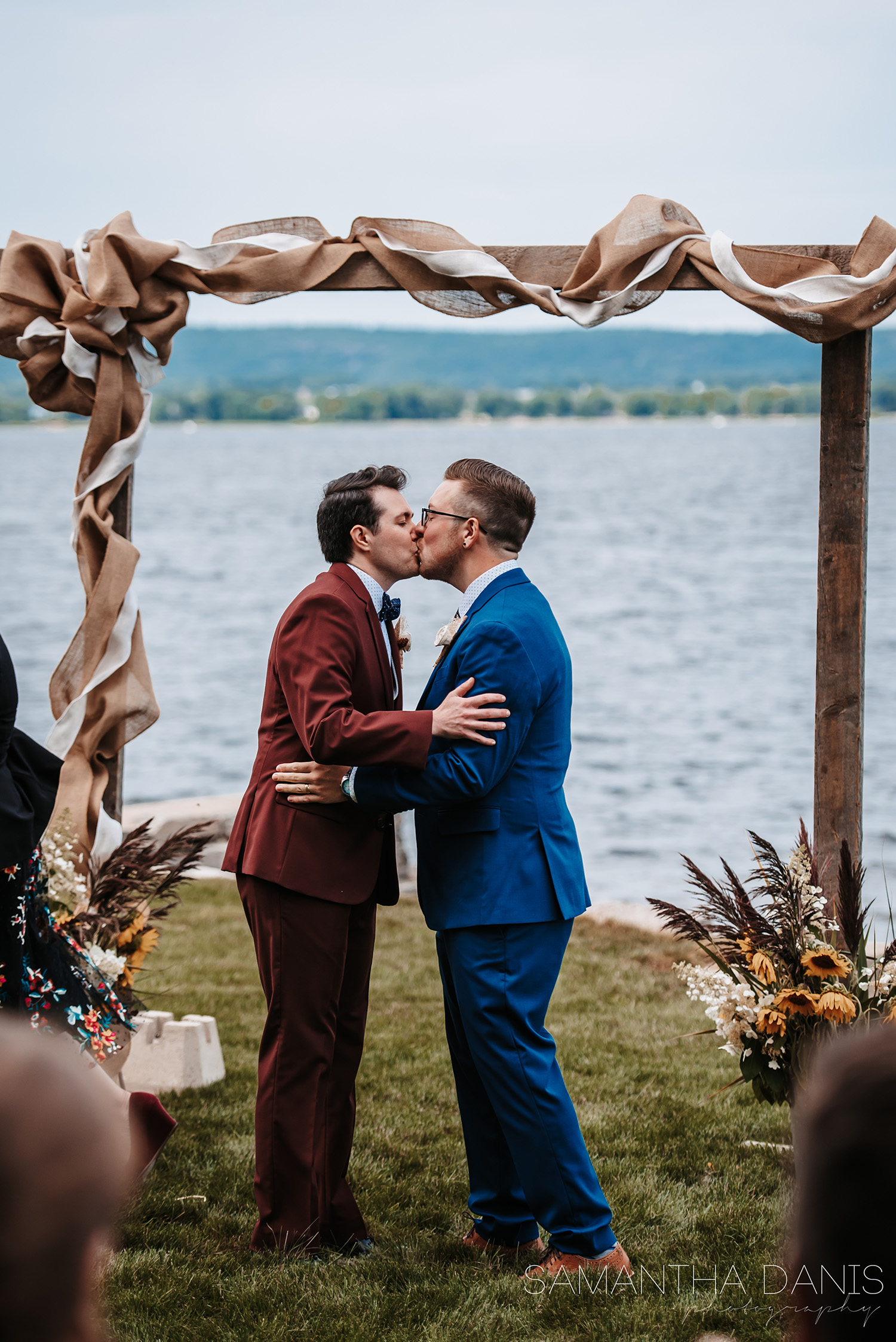 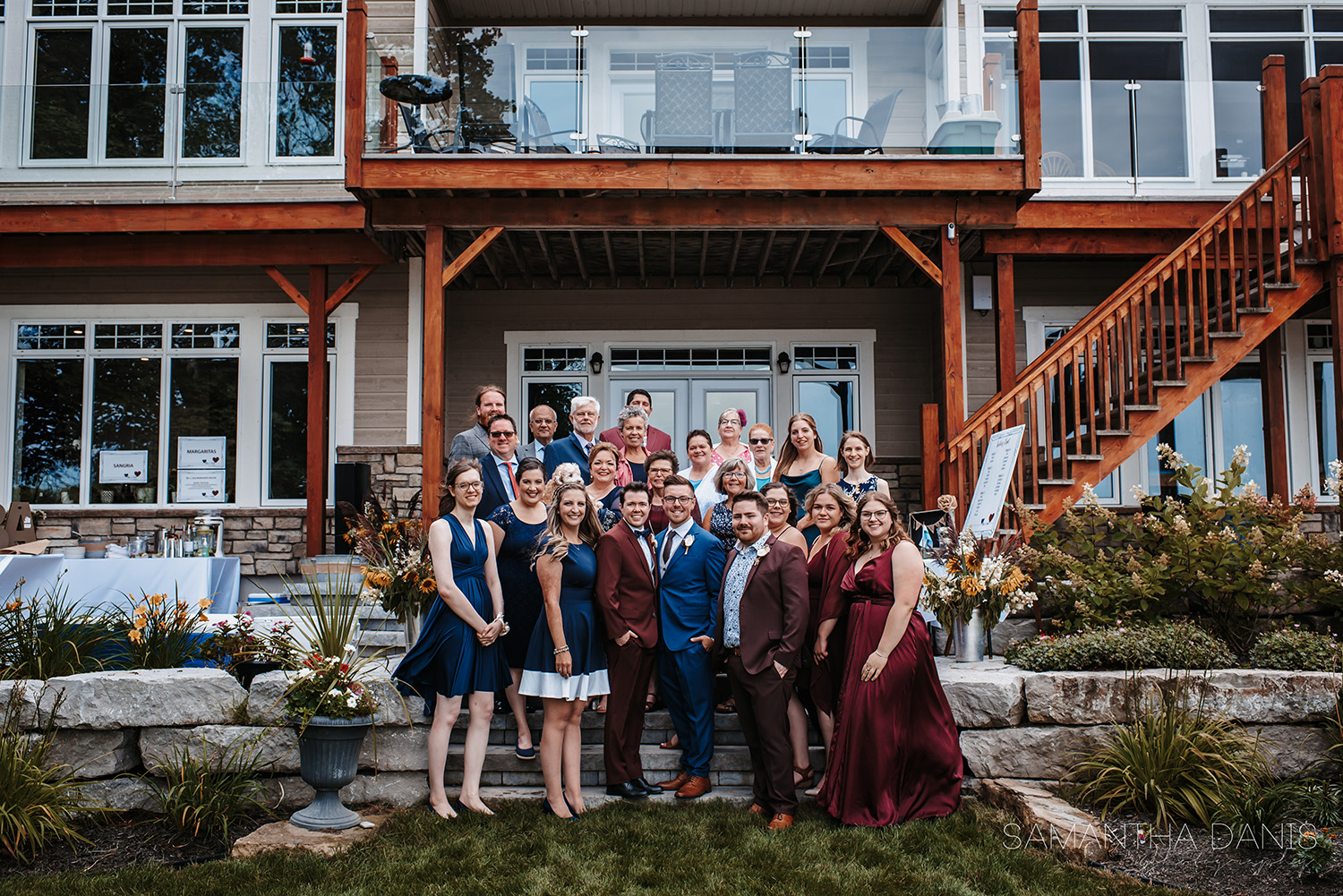 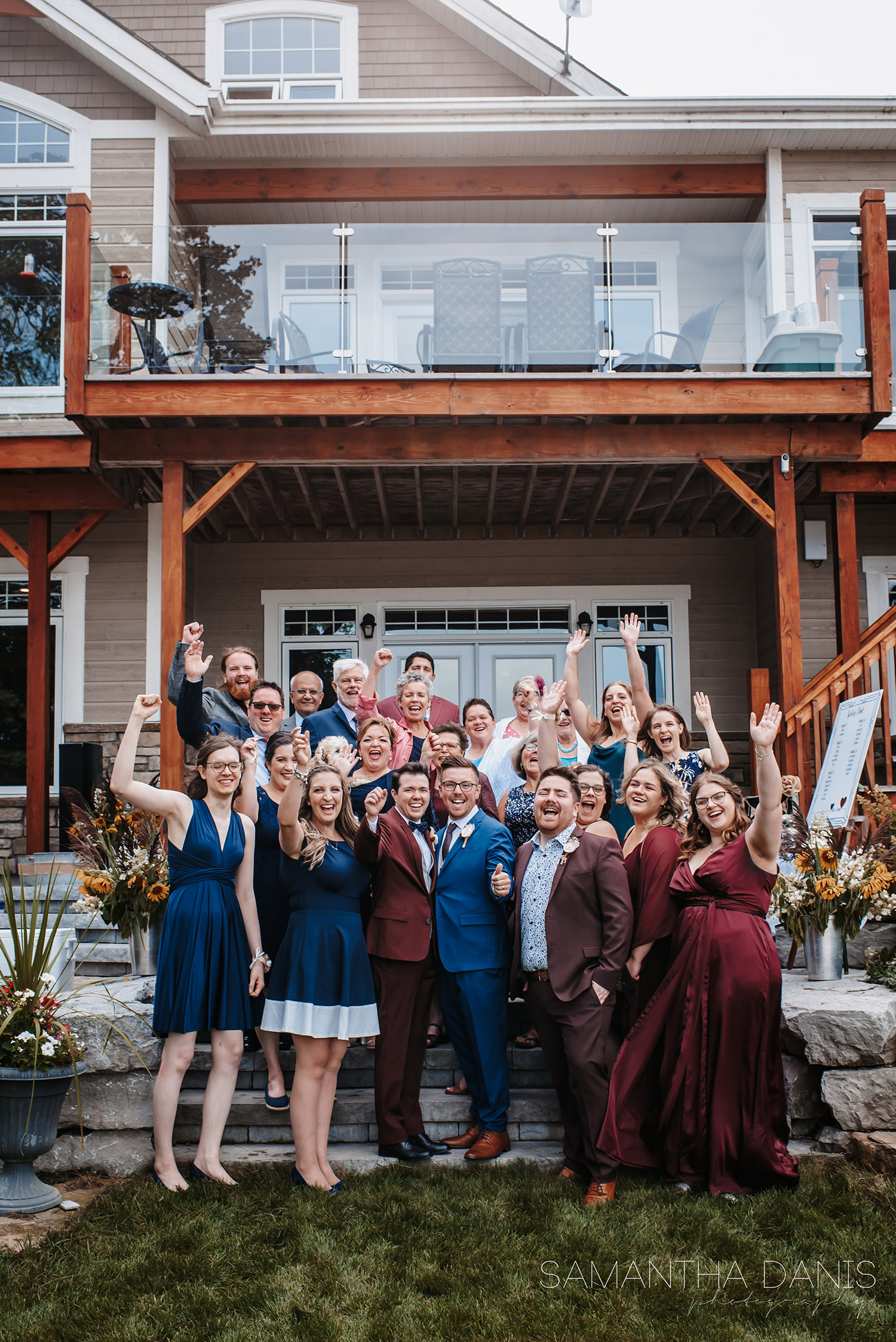 And with that, it was time for our portraits, yay! All the guests stayed nearby during the family photos which is not something that usually happens but I think in this case it worked out. It made everyone smile and laugh and I think everyone had a good time with it. The wedding party was actually so lovely because Alex and James took some of their best friends, some flying in even from Newfoundland, and had them wear opposing matching colours to their respective groom. So Alex wore a red suit and his attendants wore the navy colour whereas James wore navy and his attendants wore Red. I seriously loved that and it look SOOO good. Honestly there was never a dull moment with this group and everyone was just so happy for Alex and James. It made my heart happy.

After the group hype was done and they were ready for drinks and snacks, I took the newly married couple out to the trail they talked of. It was a lovely spot in the woods where they had found a downed log that was perfect for sitting on, and so we did just that. I wanted to be sure to get photos they were comfortable with too because not everyone is into PDA and sometimes just being with the one you love, being in their arms, that’s enough. So I focused my energy on keeping them comfy and smiling and I think we succeeded in that! 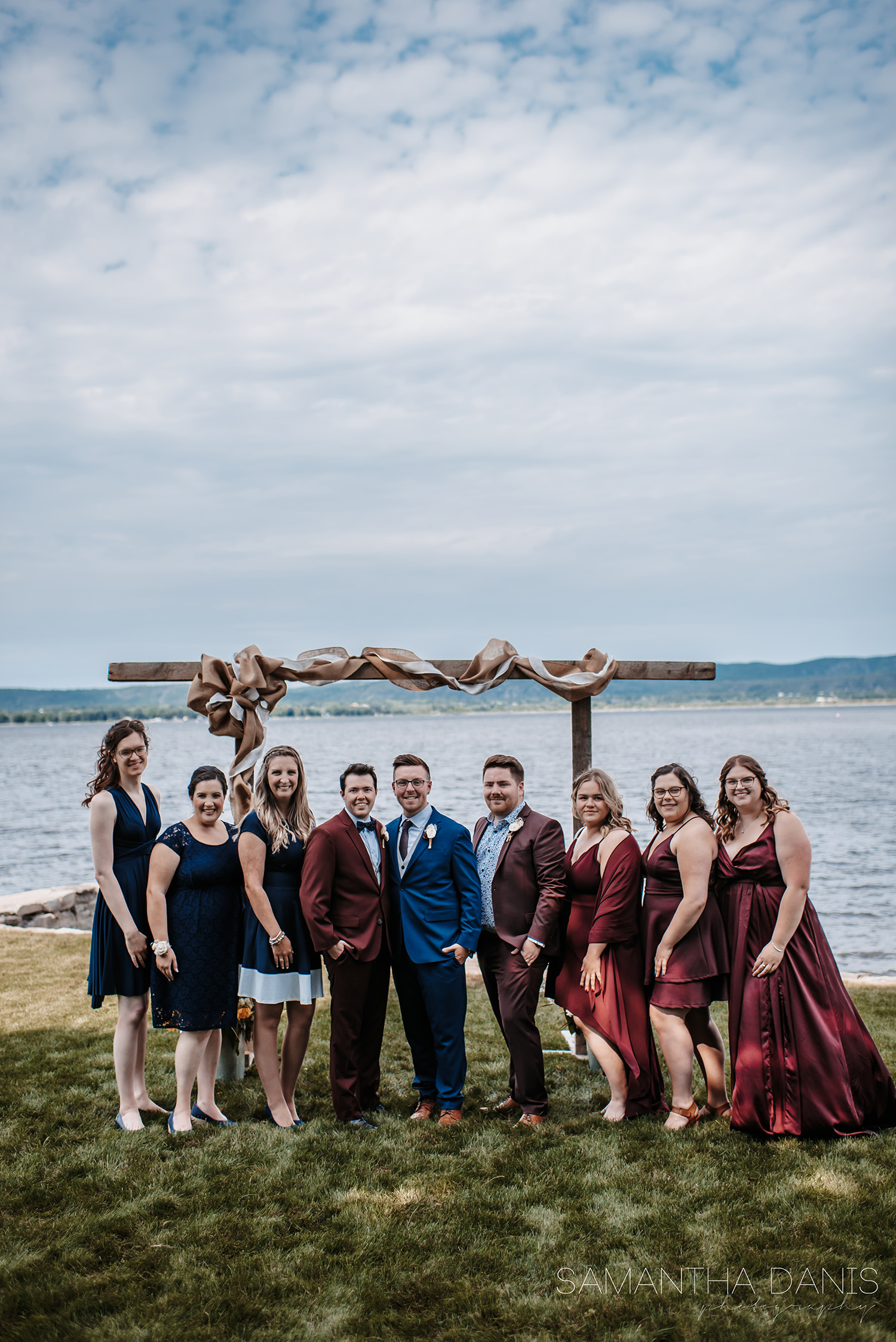 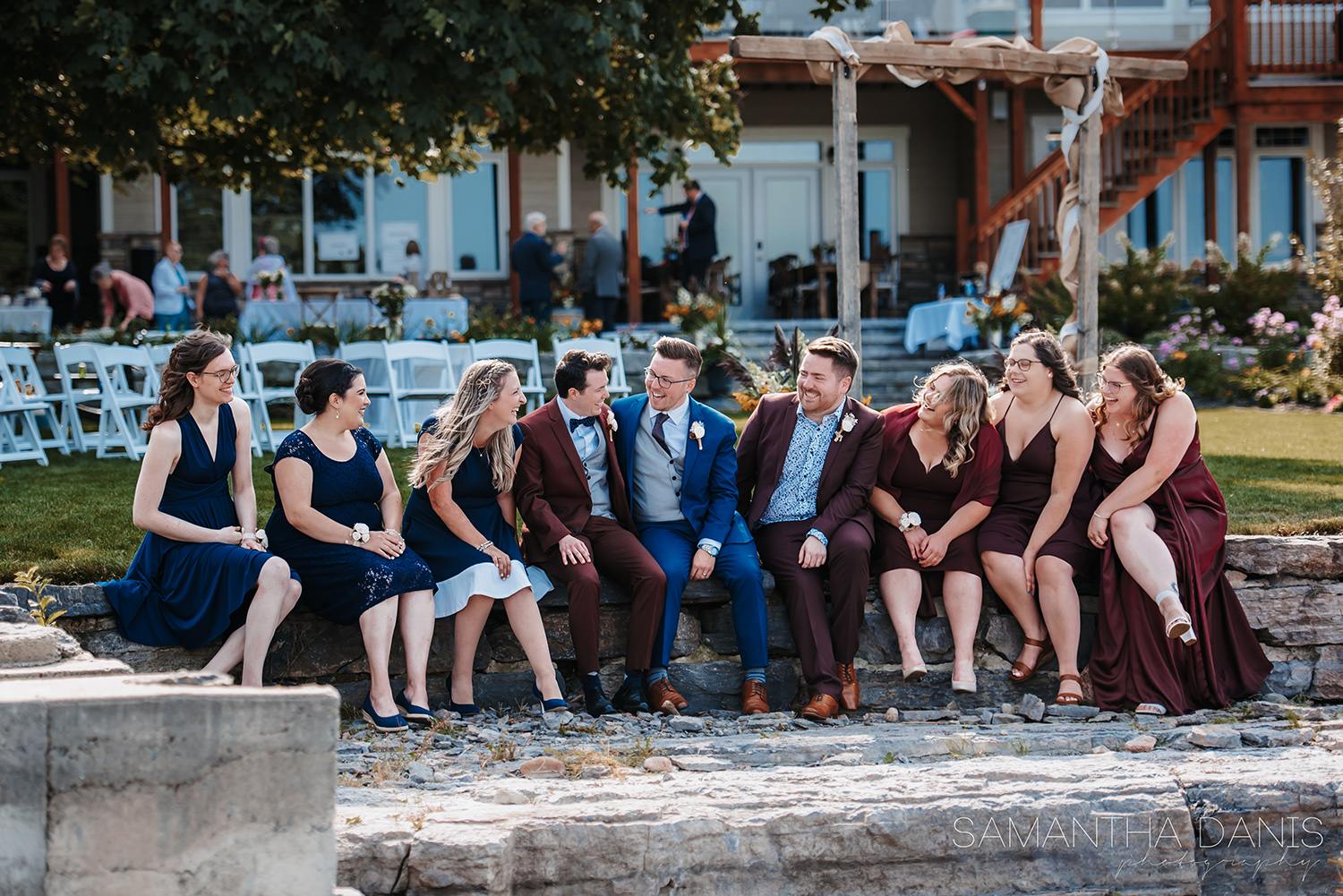 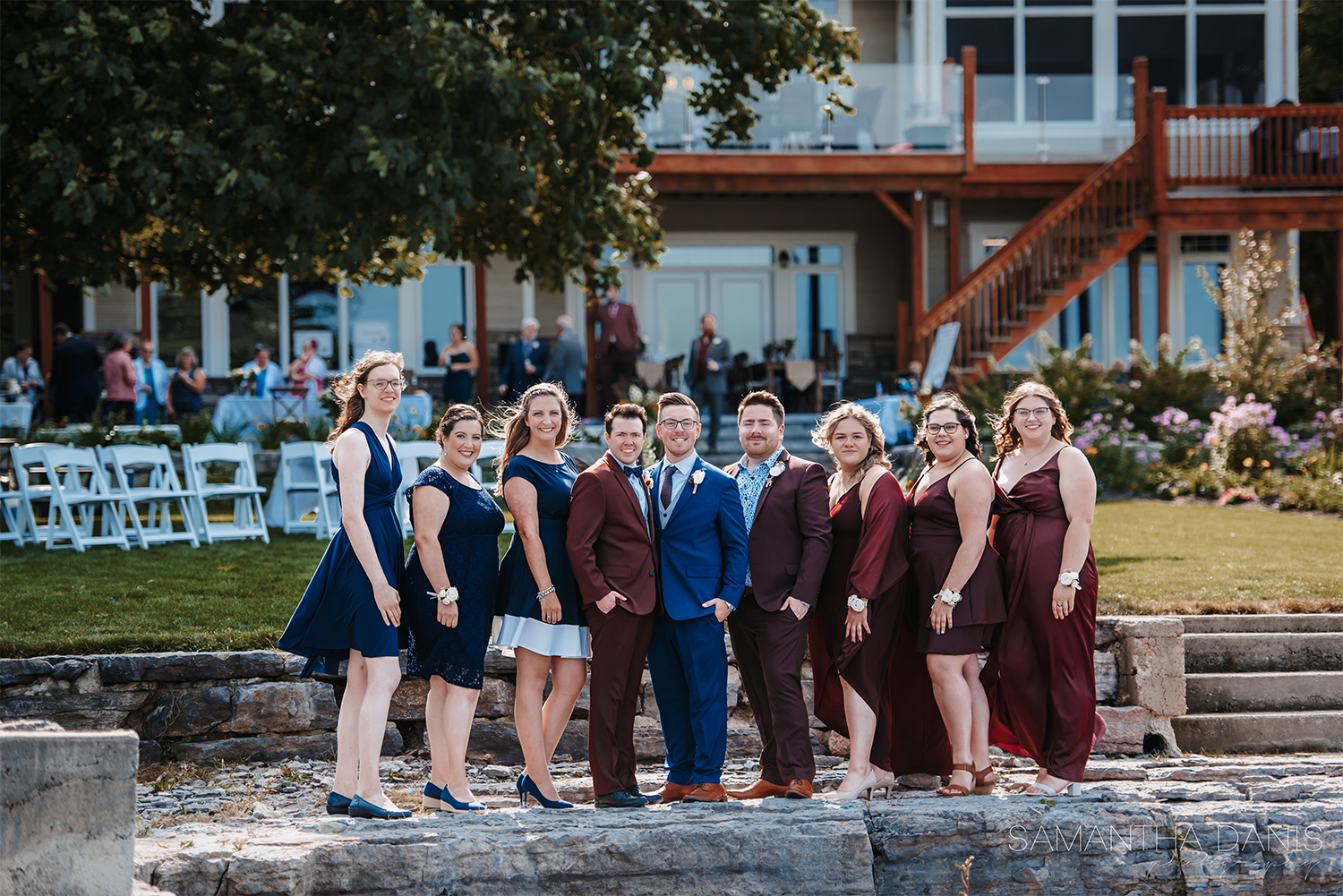 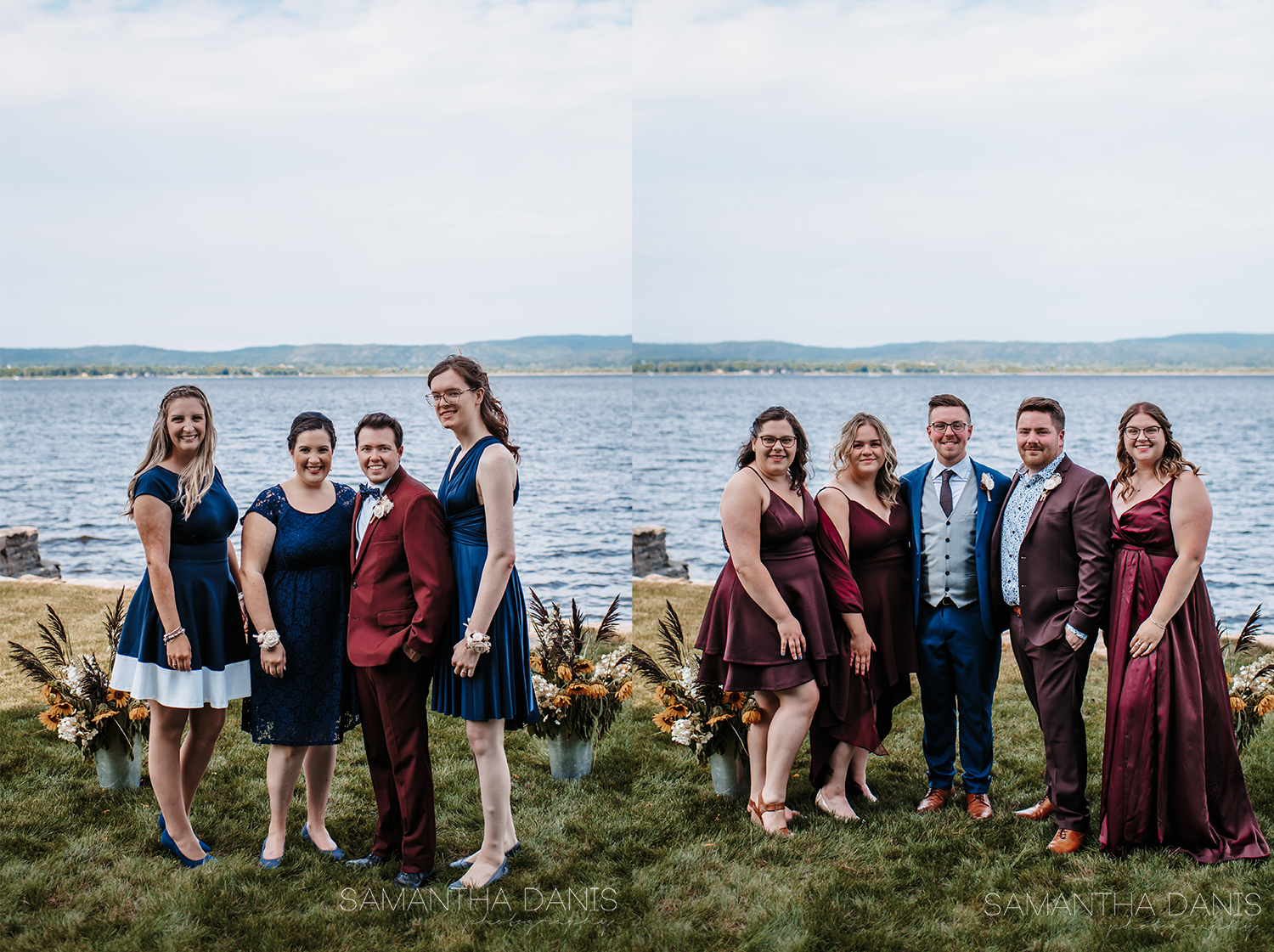 While we were starting, James pointed out a nice patch of light coming through the trees and how it made him think of Twilight. I rolled with it because I have a secret (not so secret)… I love Twilight, guilty pleasure. I may even be watching it as I write this. And that’s when we started quoting the movie. Told James to go stand in the light so his skin would sparkle and we all laughed. We even made our way over to the ‘’end’’ of the trail which was sort of, kind of, but not really the end of a gravel pathway down to someone’s property. And as Alex and James were walking arm in arm, potentially hip checking each other into dangerous territory, the folks came out and started to watch what was happening. In that moment we were like, NOPE, we’re done here haha. So we walked back to the car, but not before stopping for an adorable peak a boo shot around a large tree (which took forever to find).

On our way back we did see a little wooden shack flanked by wildflowers where we stopped for a few more photos before heading back to the house. It may or may not have been on a potentially, but maybe not abandoned property. So when we heard a car slow down at the entrance we were just ready to book it out of there. Luckily for us, everything was clear. So on our merry way we went, listening to some Britney Spears while soaking in all the AC goodness. Listen, it wasn’t 40 degrees but it’s still hot when you factor in the sun and wearing suits. 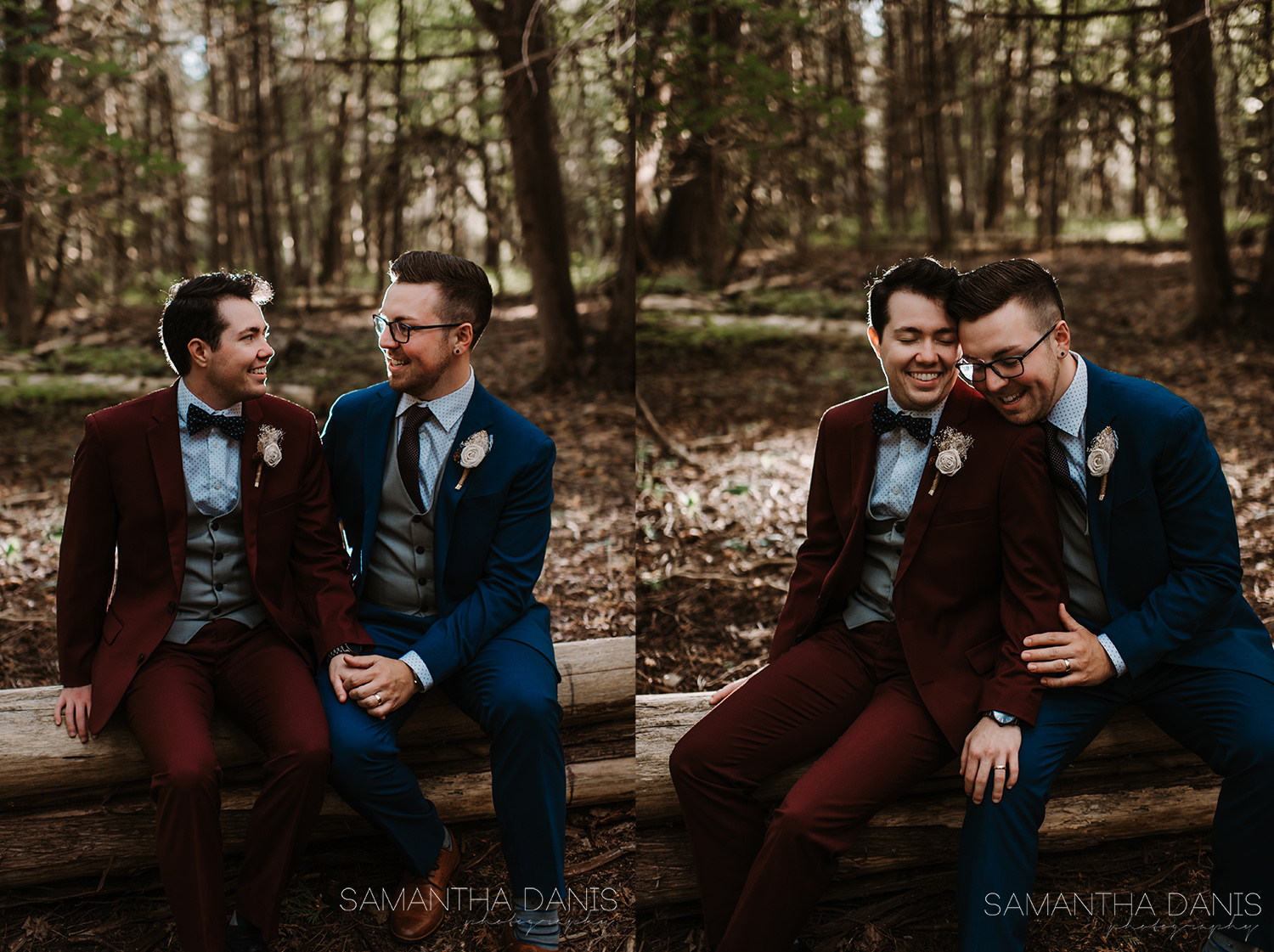 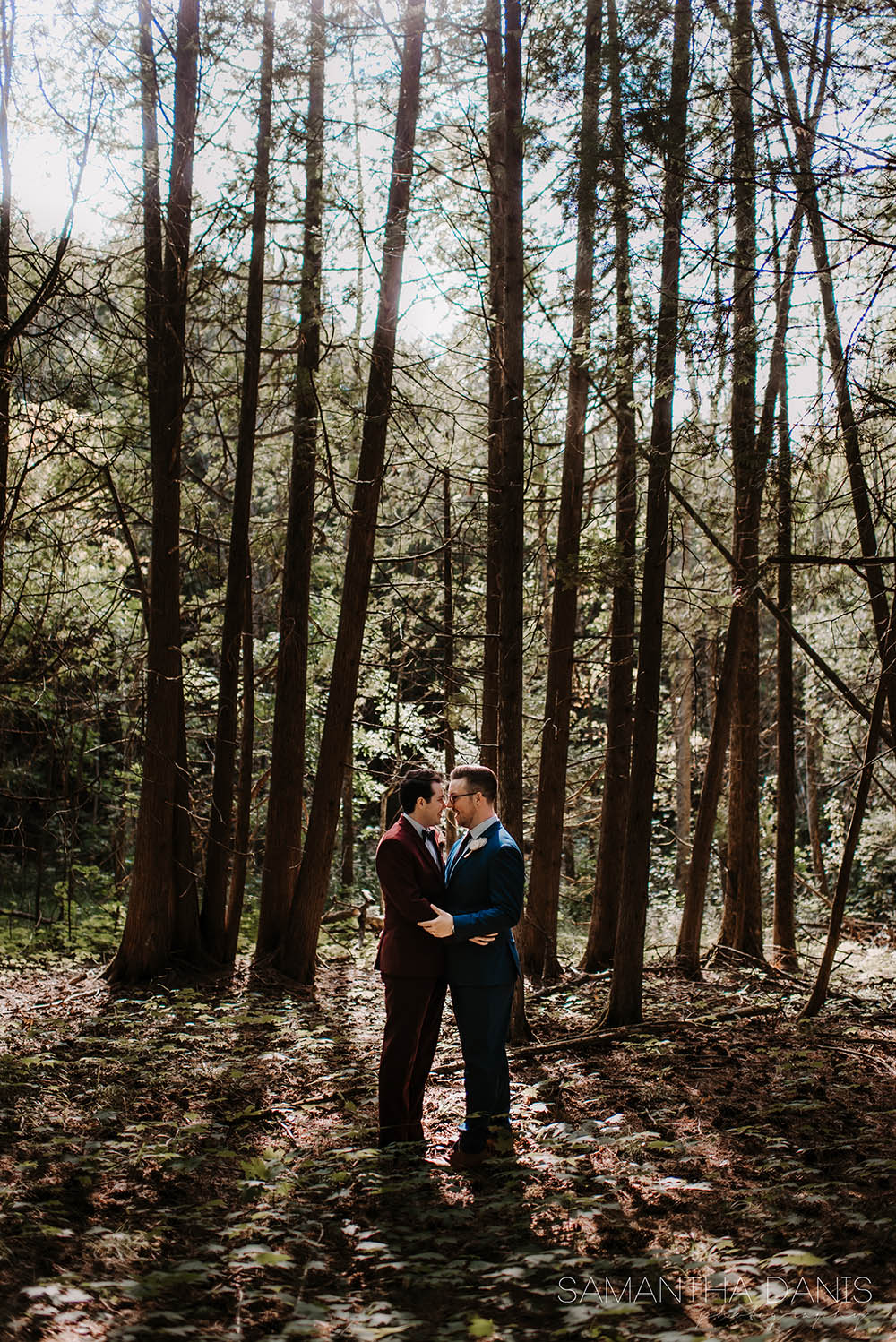 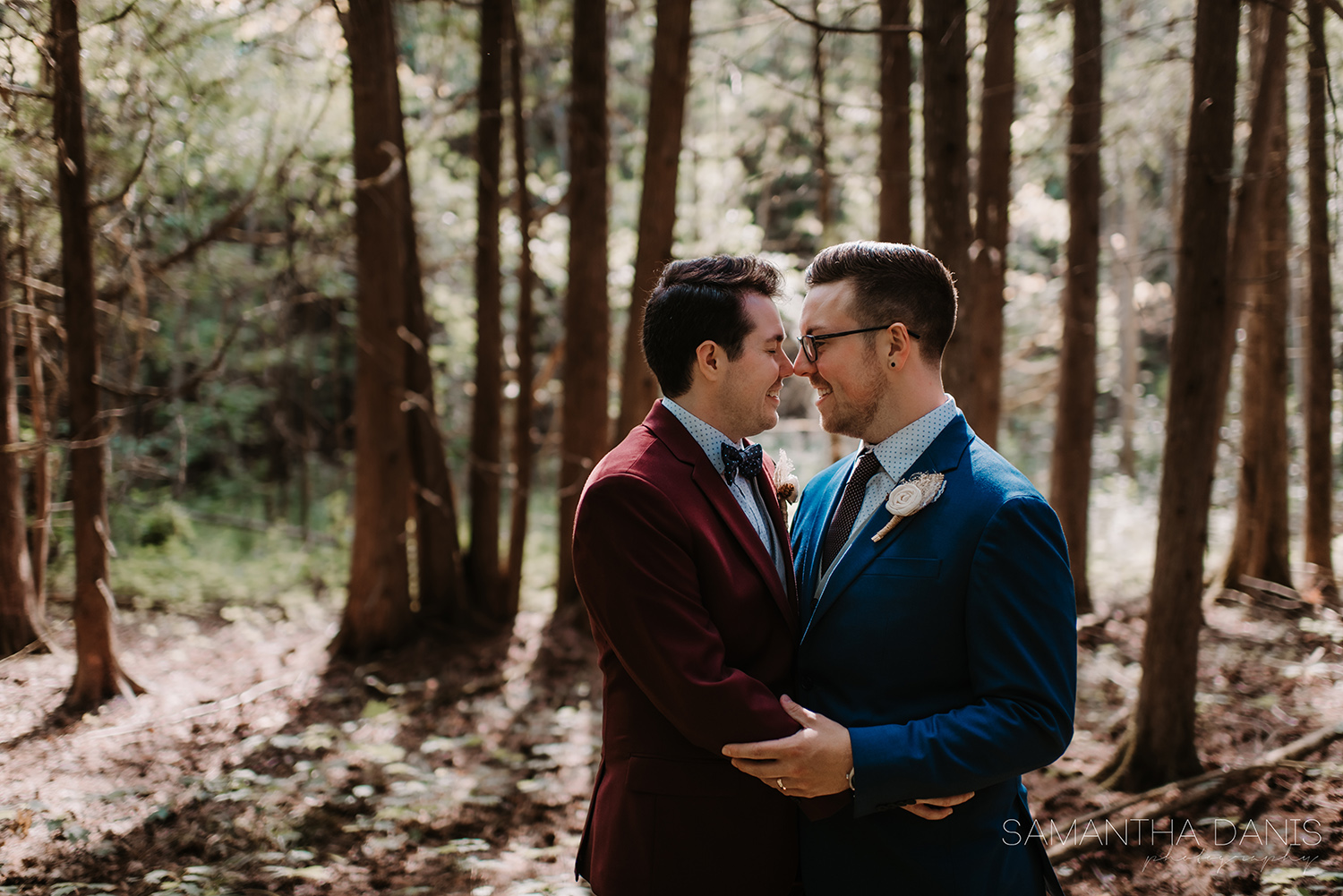 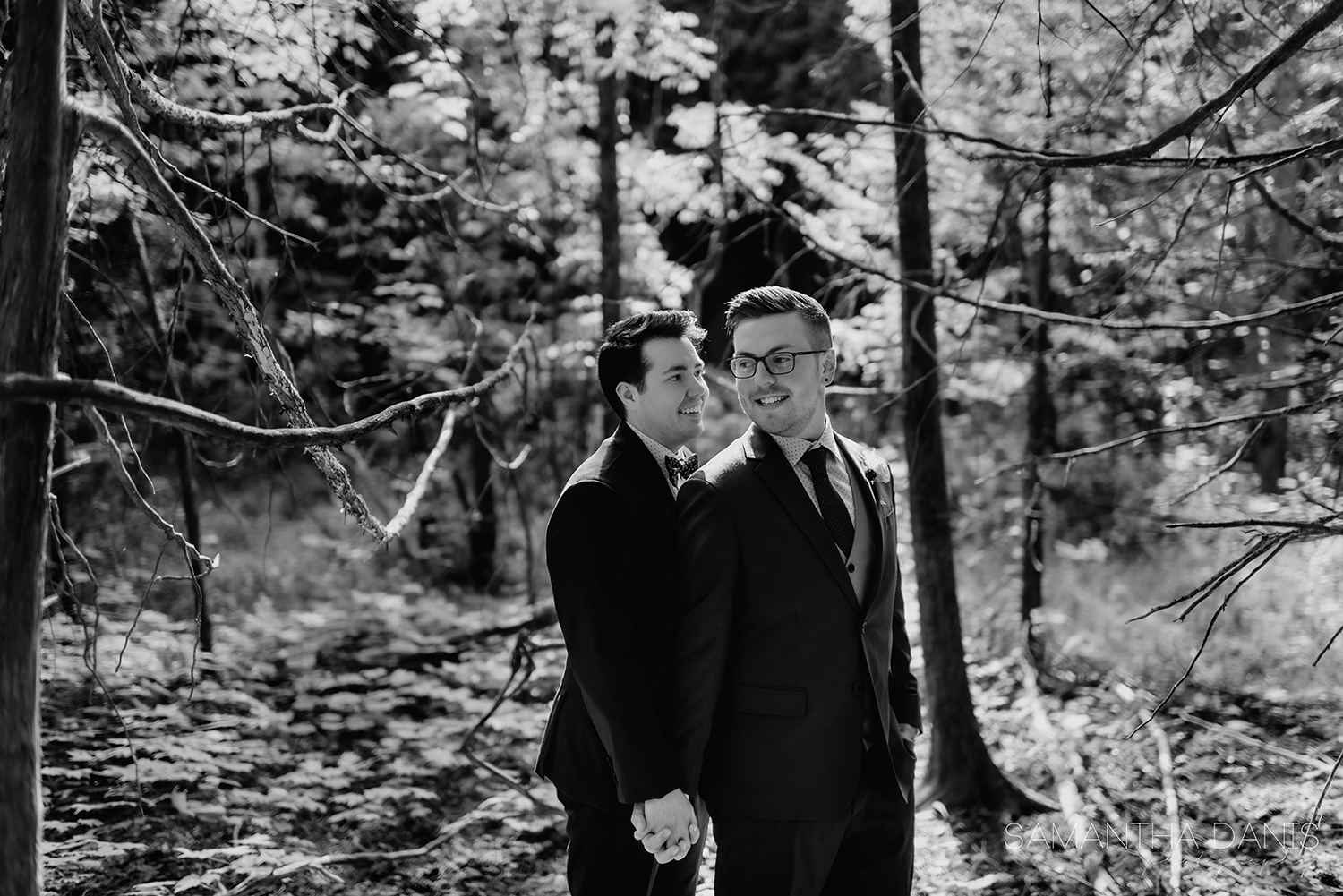 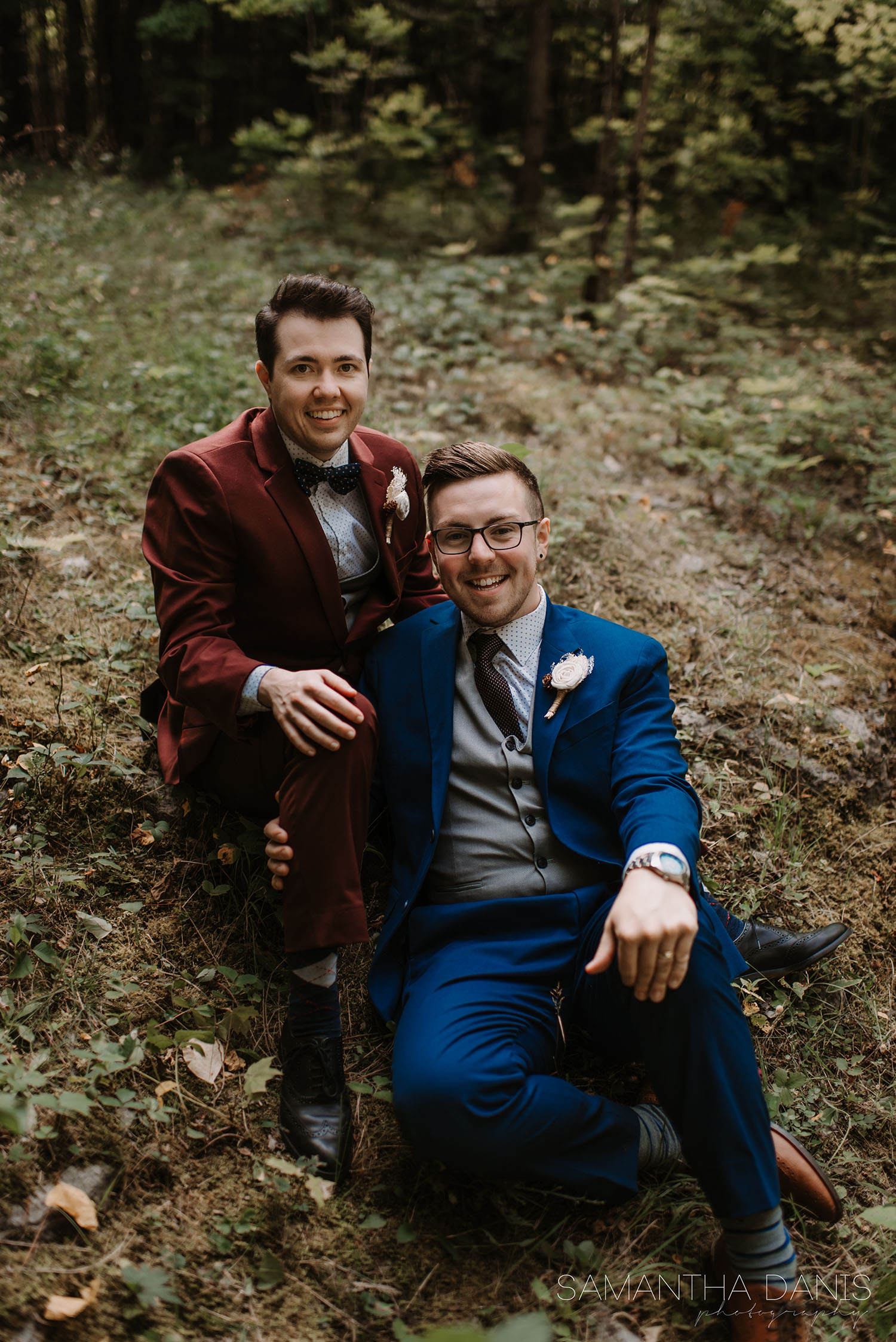 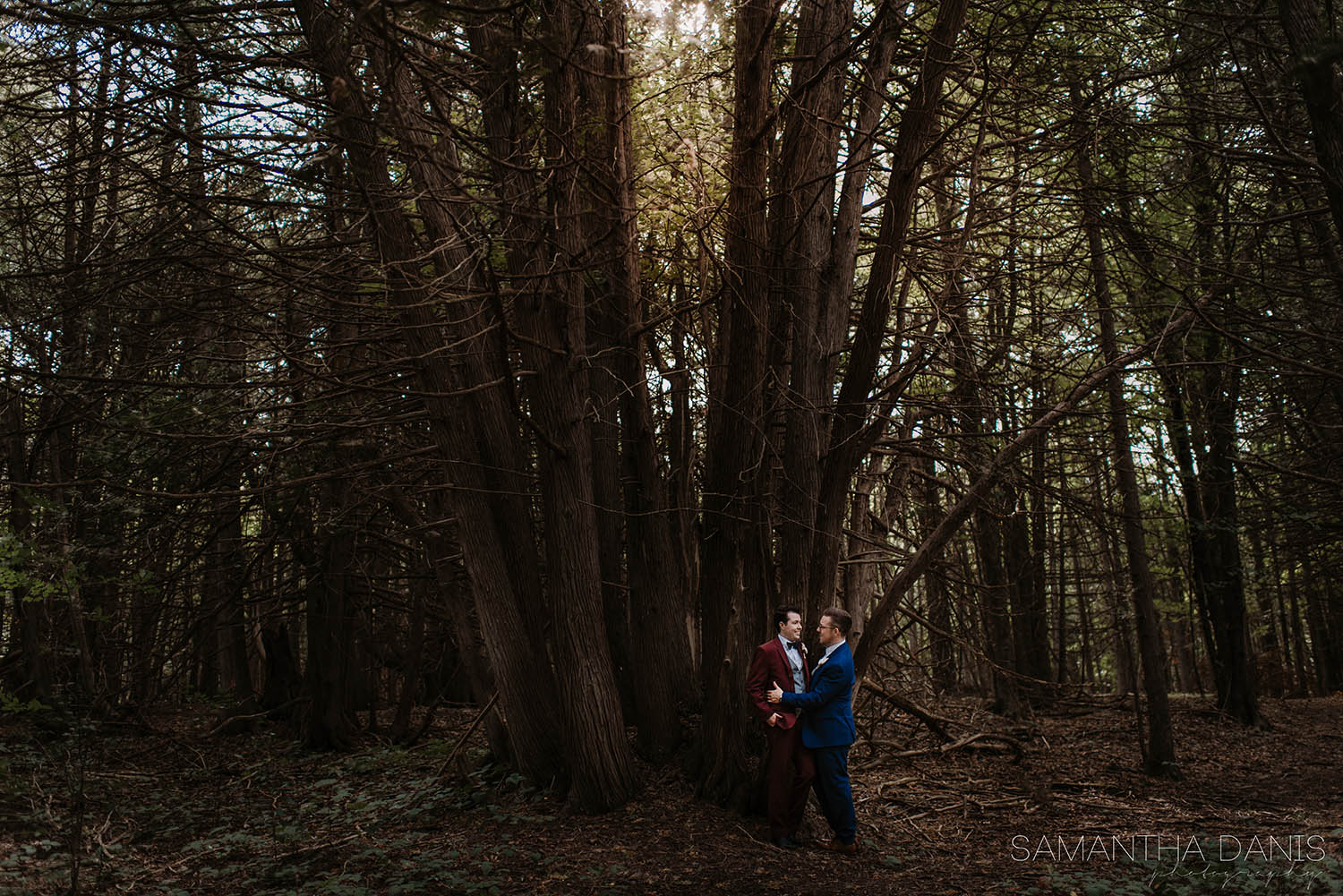 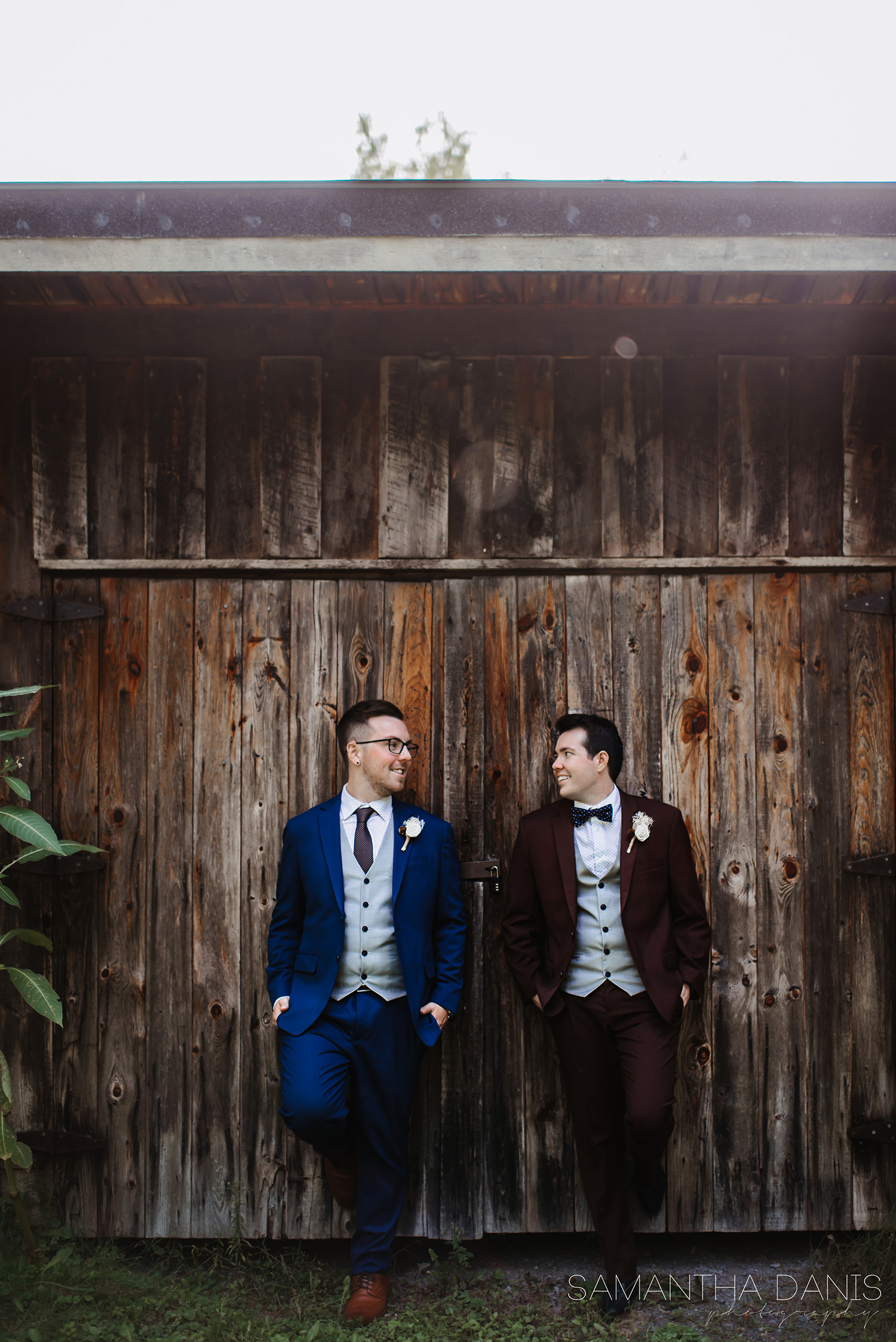 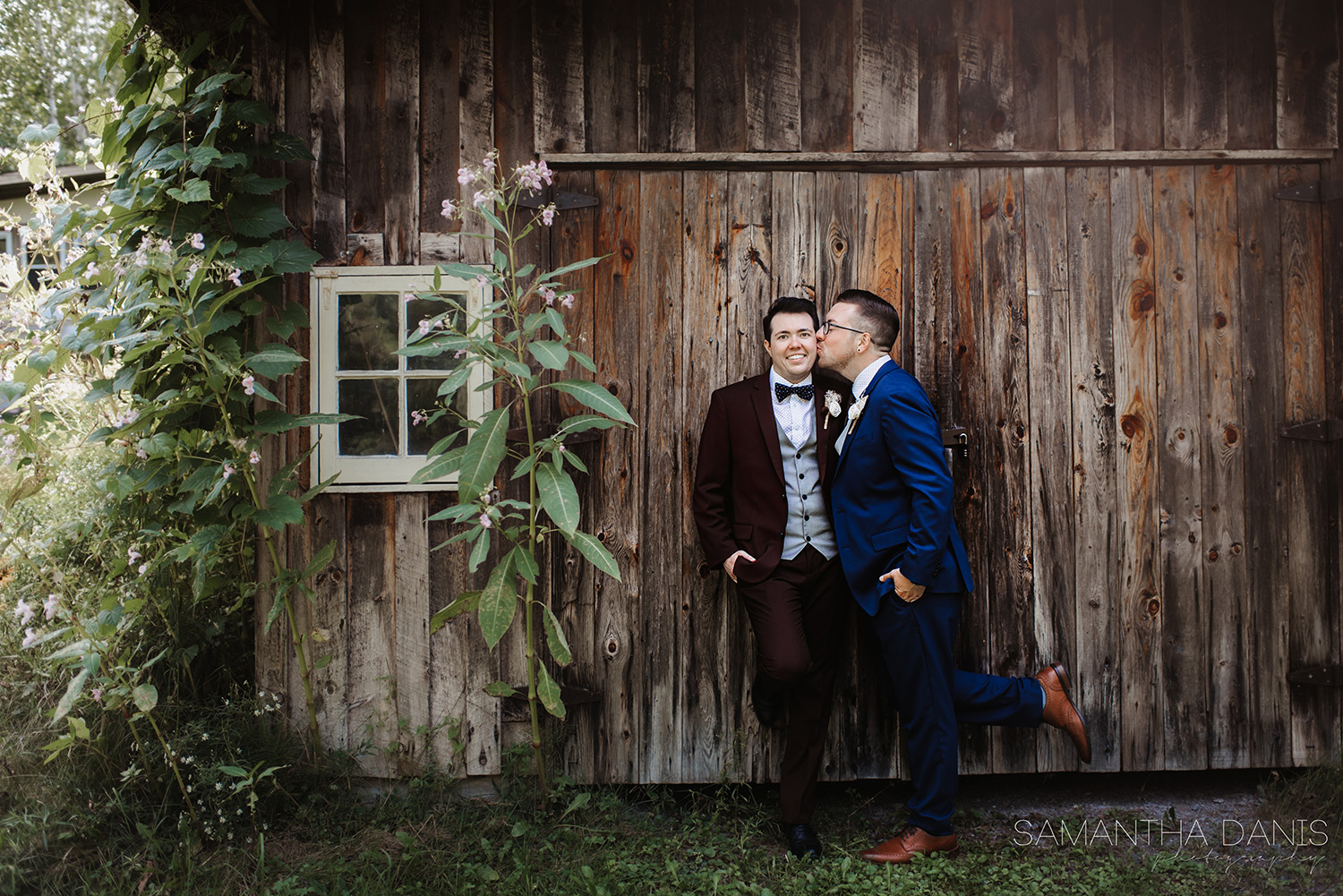 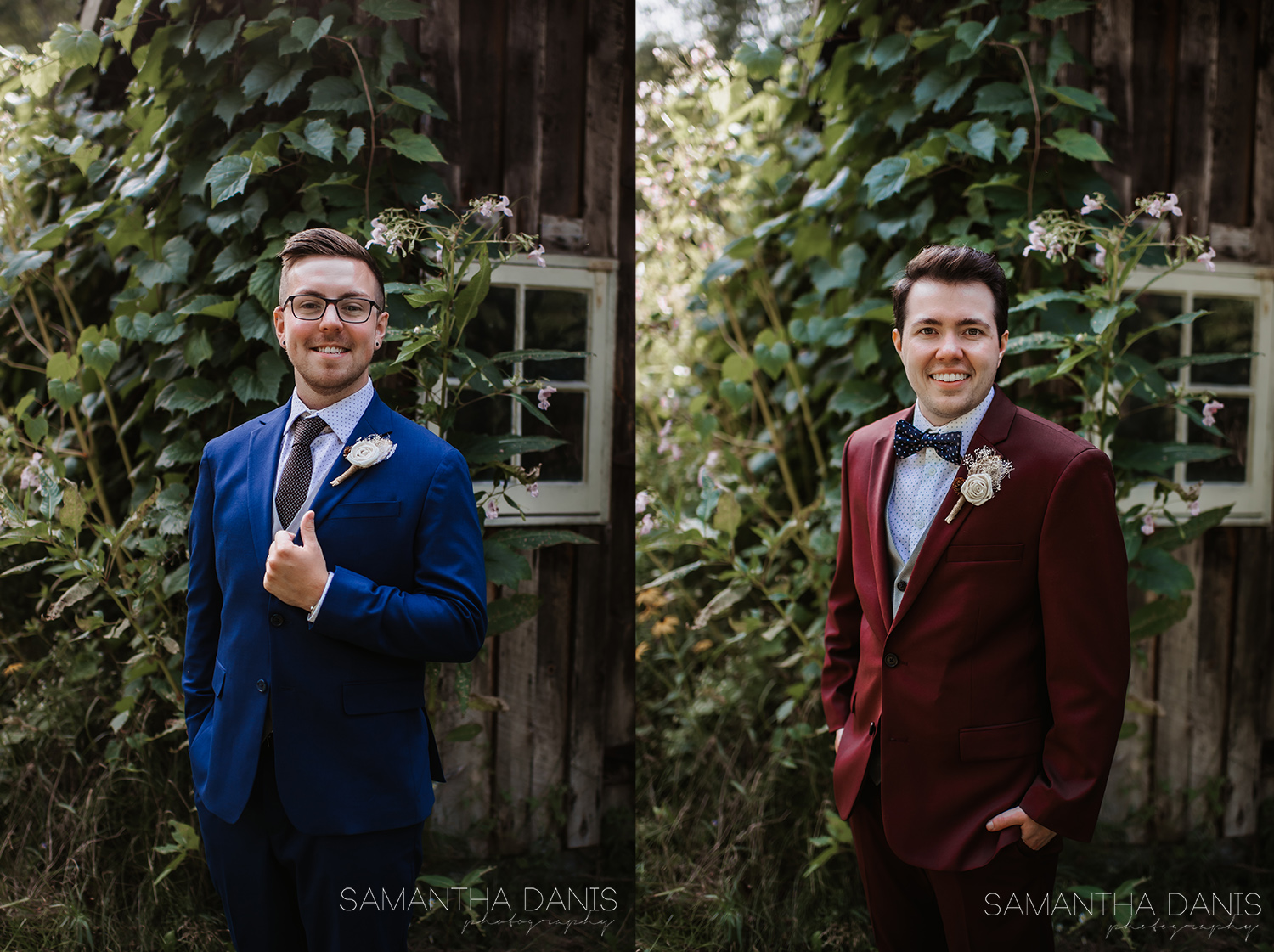 We took a few more photos out by the water (probably some of my faves for sure), just taking in all that fresh air and enjoying in each others company before making our way back to the group for snackies and drinks before dinner. Everyone was happily sitting around their tables or standing in groups, catching up and enjoying margaritas. And then Todd made some strawberry daiquiris which were definitely a hit… Honestly I was kinda jealous cause I wanted some but a girls gotta work and gotta drive. So I settled with living vicariously through James in the moment. One of my favourite moments was actually seeing James hanging out with his group of ladies from Newfoundland and just absolutely soaking it all in. They danced and sang and it was like they’d never been apart. I ended my evening just as everyone sat down to eat but not without my stealing some Queso and a few Fajita tortilla breads because if it’s catered by Lonestar, I just MUST have both of those (thanks Alex and James, hehe). 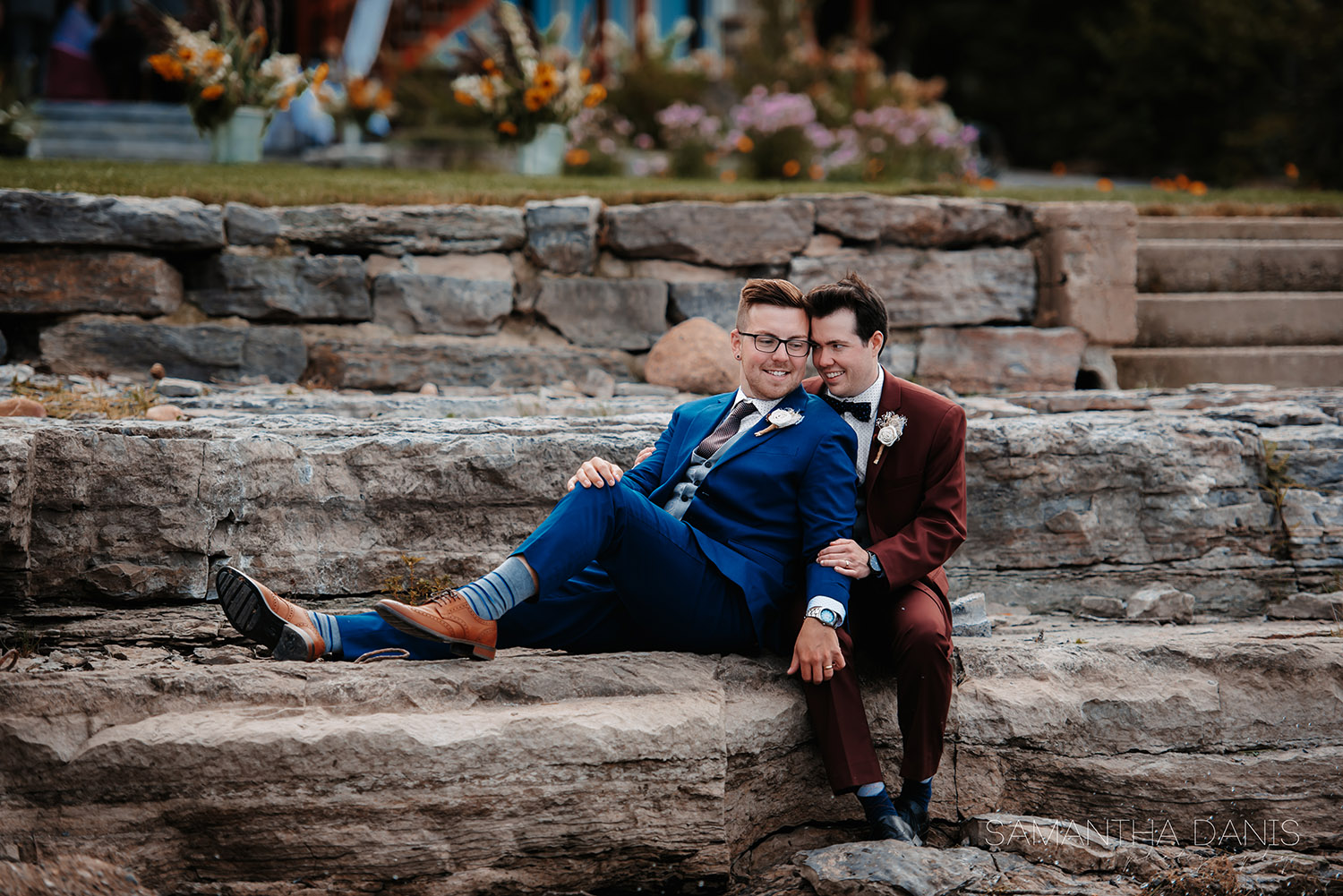 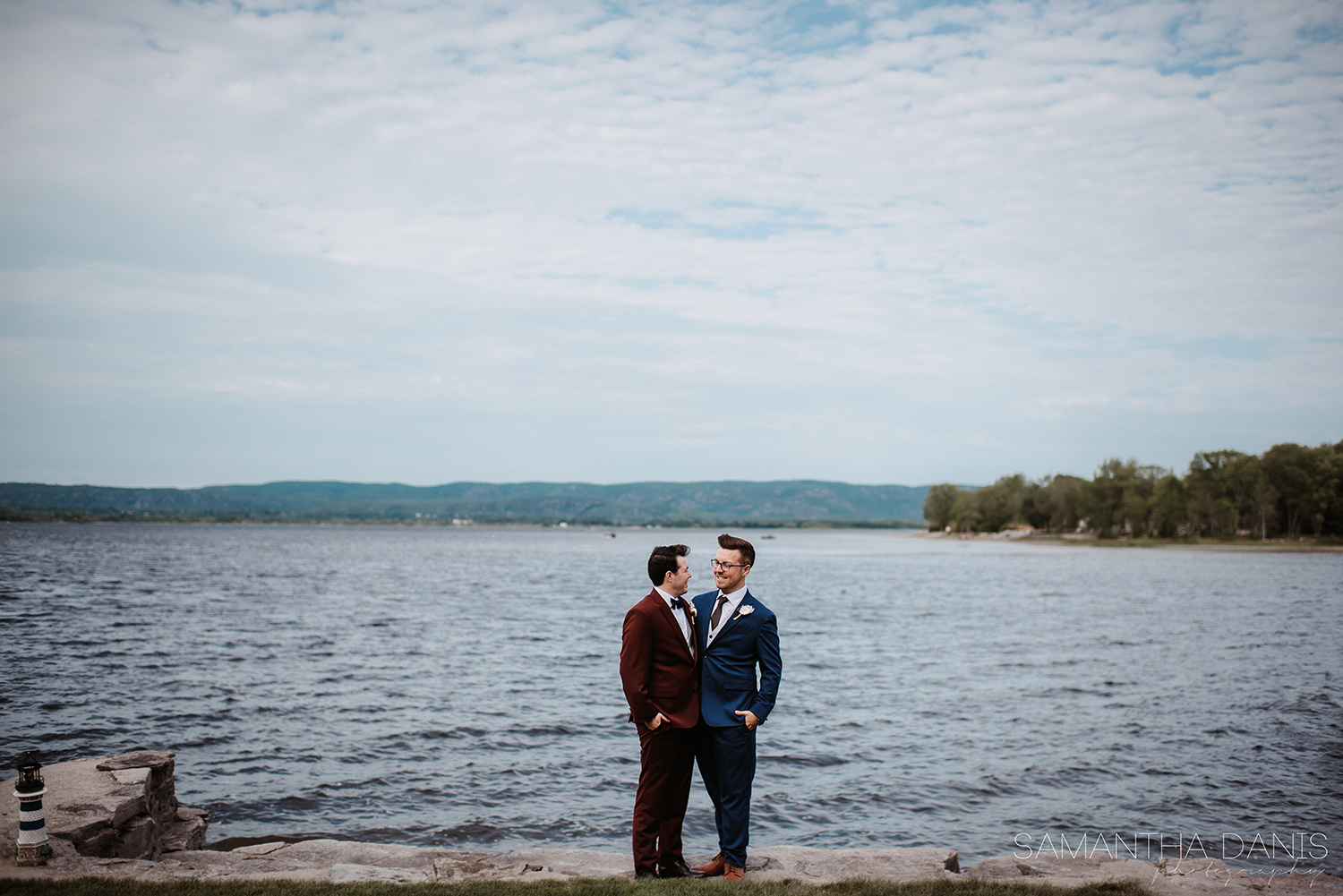 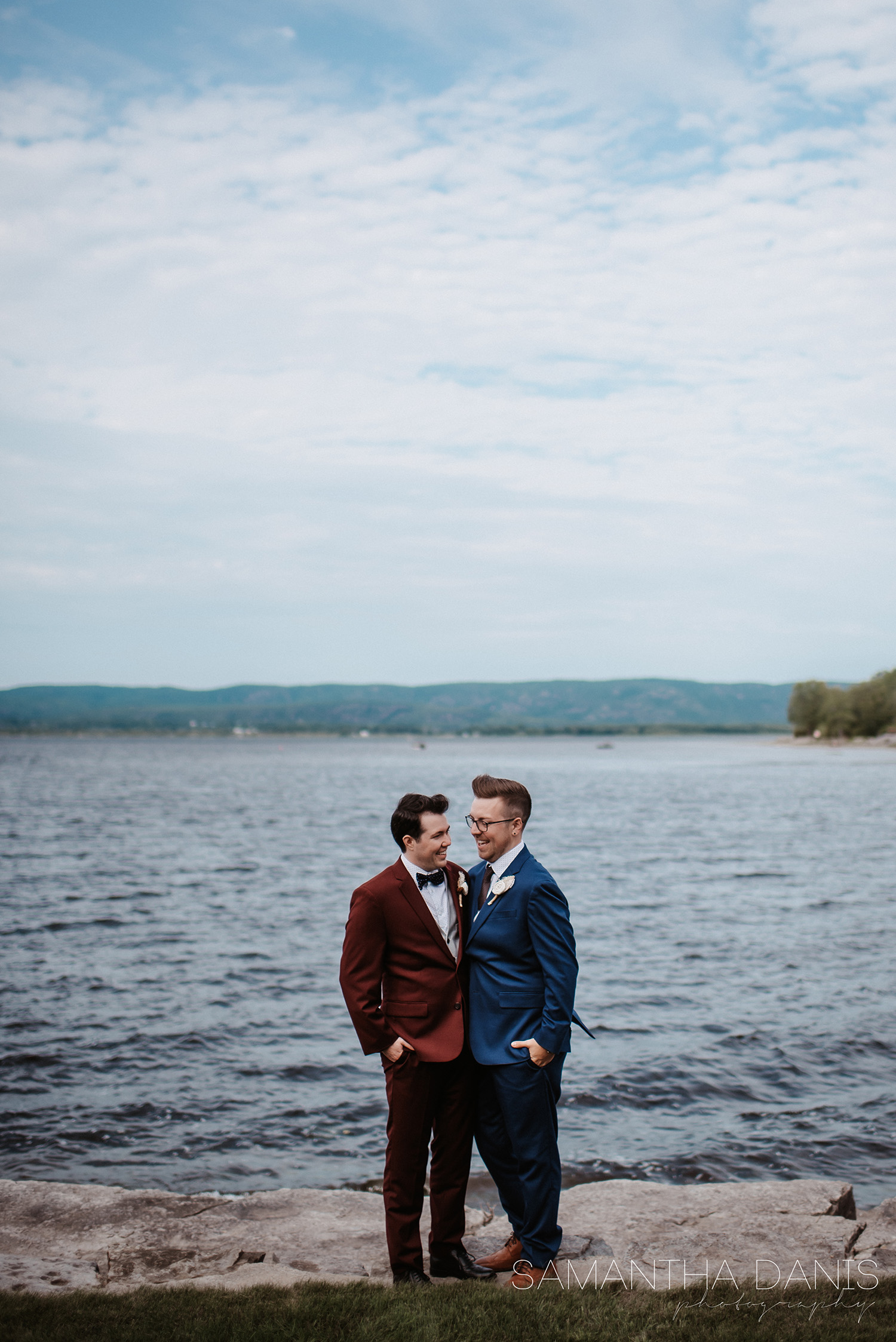 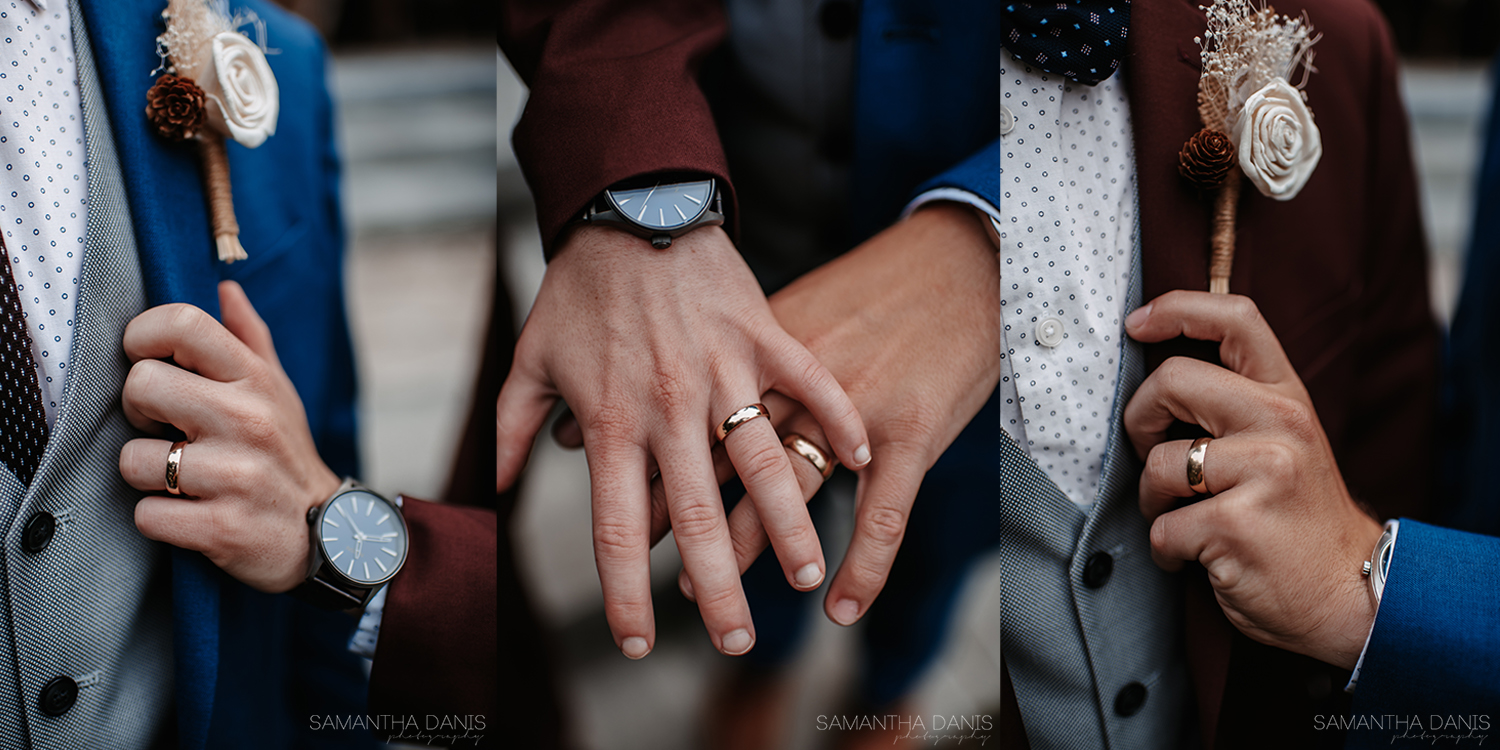 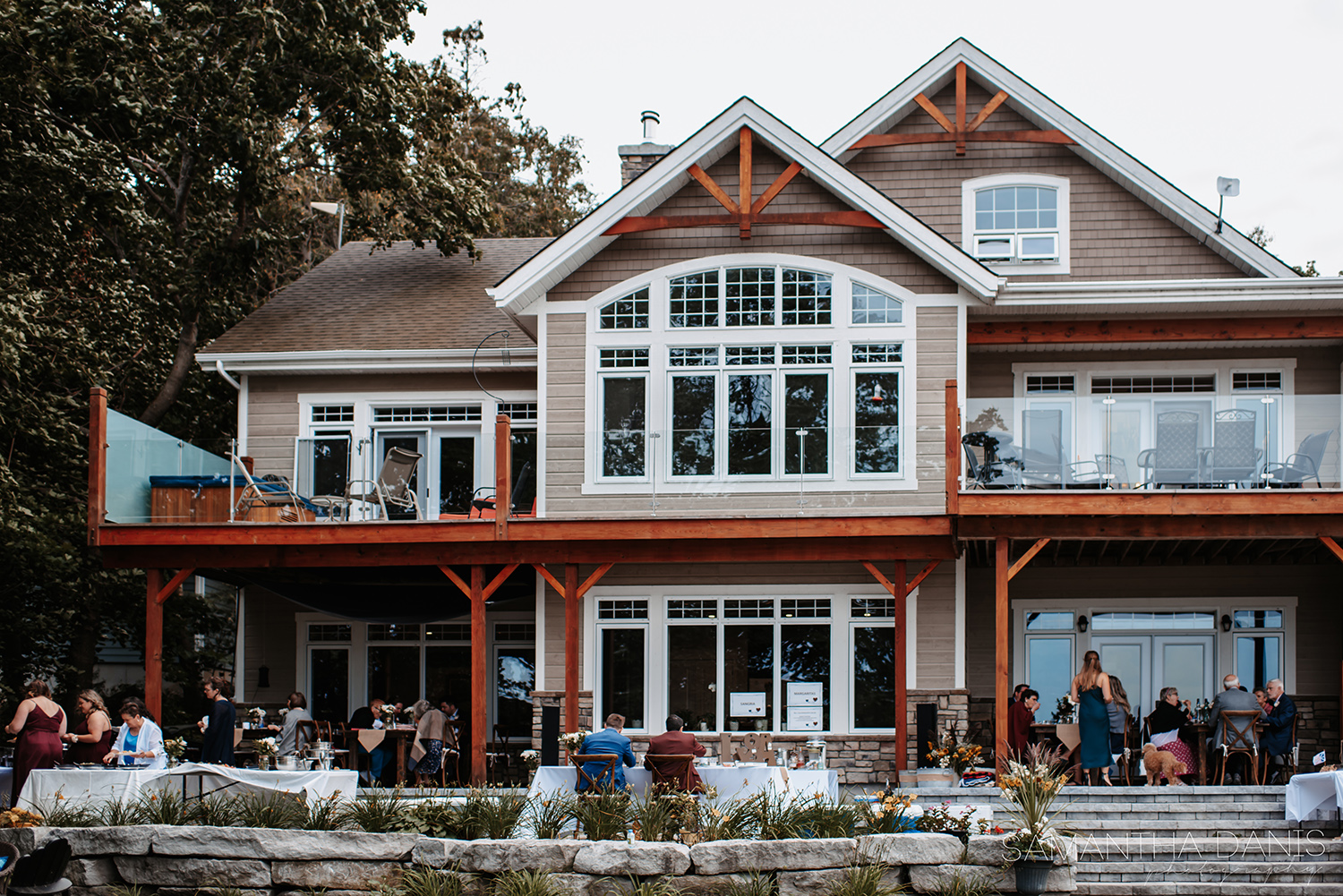 Alex and James, it may have been short lived on my end, but I will forever be grateful for our time together. You both have such beautiful souls and beautiful families and I truly felt at home with you all. I’m thankful you chose me to capture this special moment in your lives and hope they we meet again some day. Here’s to you and the wonderful adventure ahead in your relationship xox.